Sabretooth #3: Community of the Forgotten 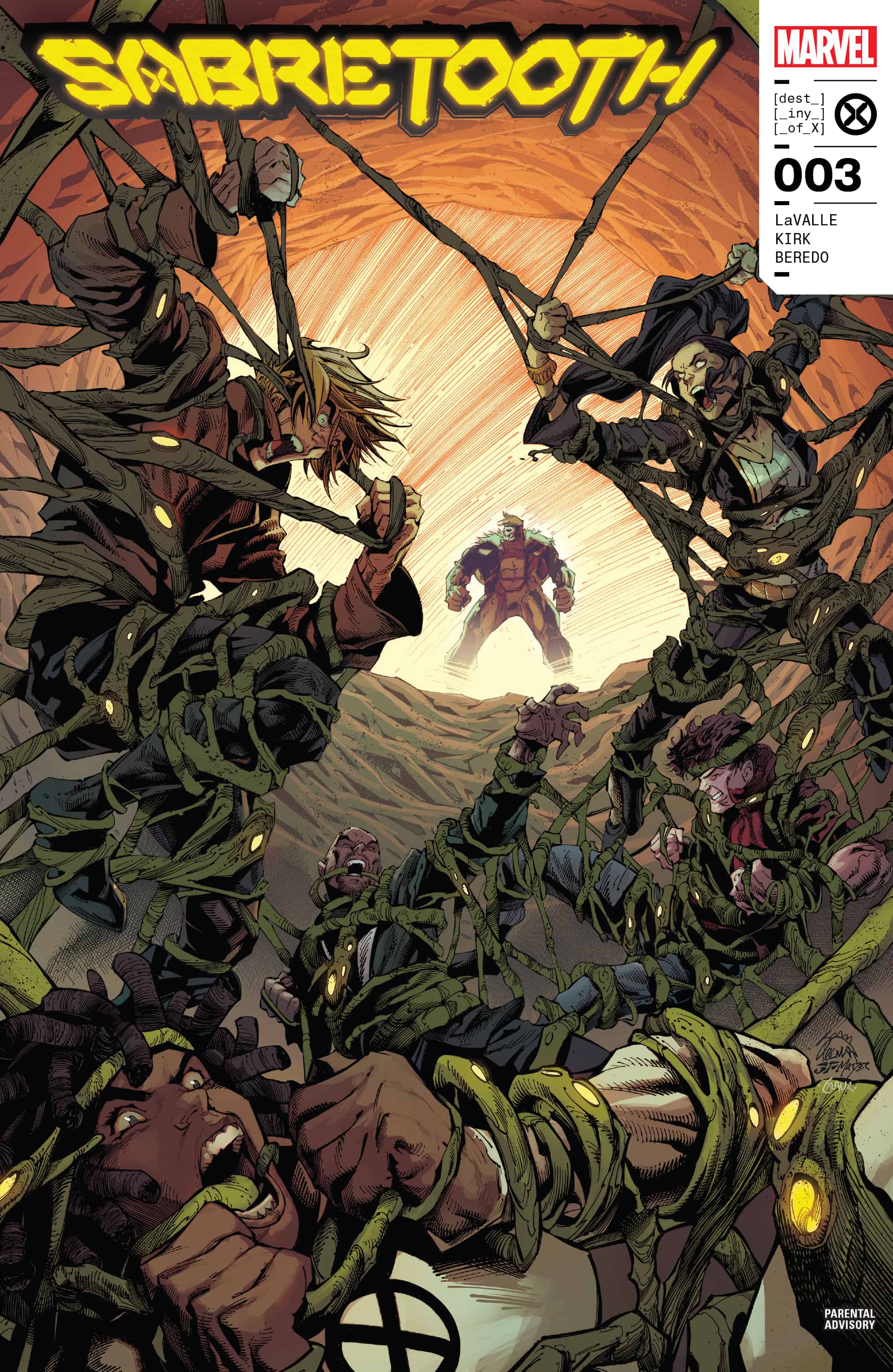 Sabretooth and the other exiled mutants have stopped fighting each other long enough to start working together. They might not like one another, but they all want out of the Pit. You'd think their biggest obstacle would be the Professor or Magneto…but no. The greatest obstacle will be one of their own.

Sabretooth is running on all cylinders, as this issue manages to take a look at community, history, struggle. In reminiscing the Alcatraz escape, it helps us situate the symbolic power of the gesture of escape of our protagonists, as it connects them to historical struggles once again (through Thomas Paine’s fight for American liberation and his abolitionist perspective). The hope for the prison to become obsolete by an act of rebellion expands further in the issue as the characters search community in Krakoa, and that community feels breathing, growing, showing up. It’s specially touchy to see Oya and Nekra get together to search for Bling!, and how her response reflects that of someone who understands, someone who believes this system of perfection can still harm and overlook the most marginalized members of it. The power that scene holds, both visually and as the solidarity between three black women marginalized by their broader community, is even greater by the fact that it fits their characters to the core. 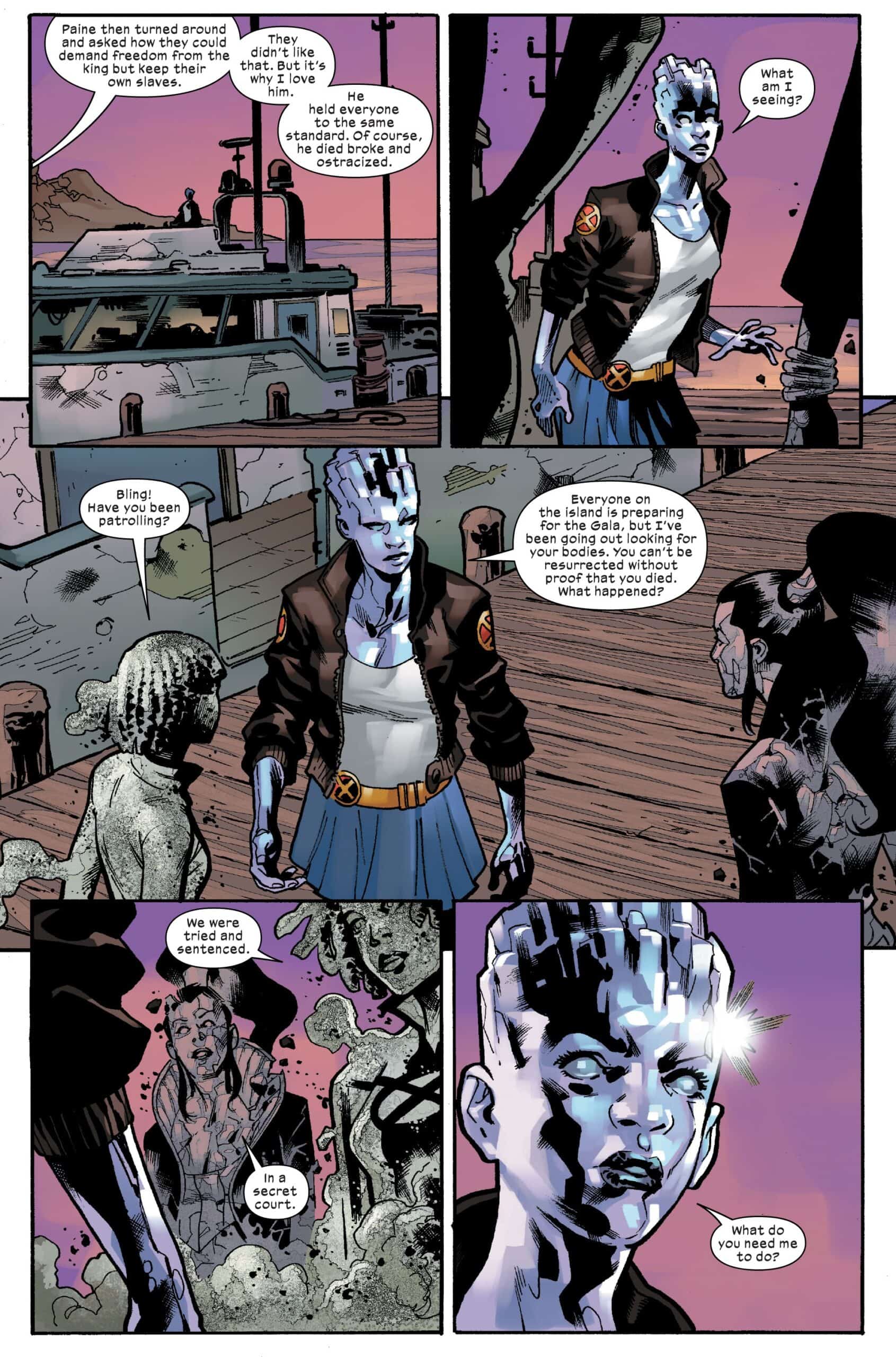 As the issue forms the community in the overlooked, in the mutants who are forgotten, the ones who don’t matter the same, we get showed in a visual feast of different scenarios (like the sea entering a port or the mountains in the sunset), with the added delight of our characters physically melting with these scenarios, with that nature, as part of their astral projection from the cell. Leonard Kirk and Rain Beredo show the humanness of these characters by connecting them to the very land and world they inhabit, in an issue where the main transgression against the land (that of Melter) gets followed by his main transgression against the efforts of liberation: there’s the snitch. 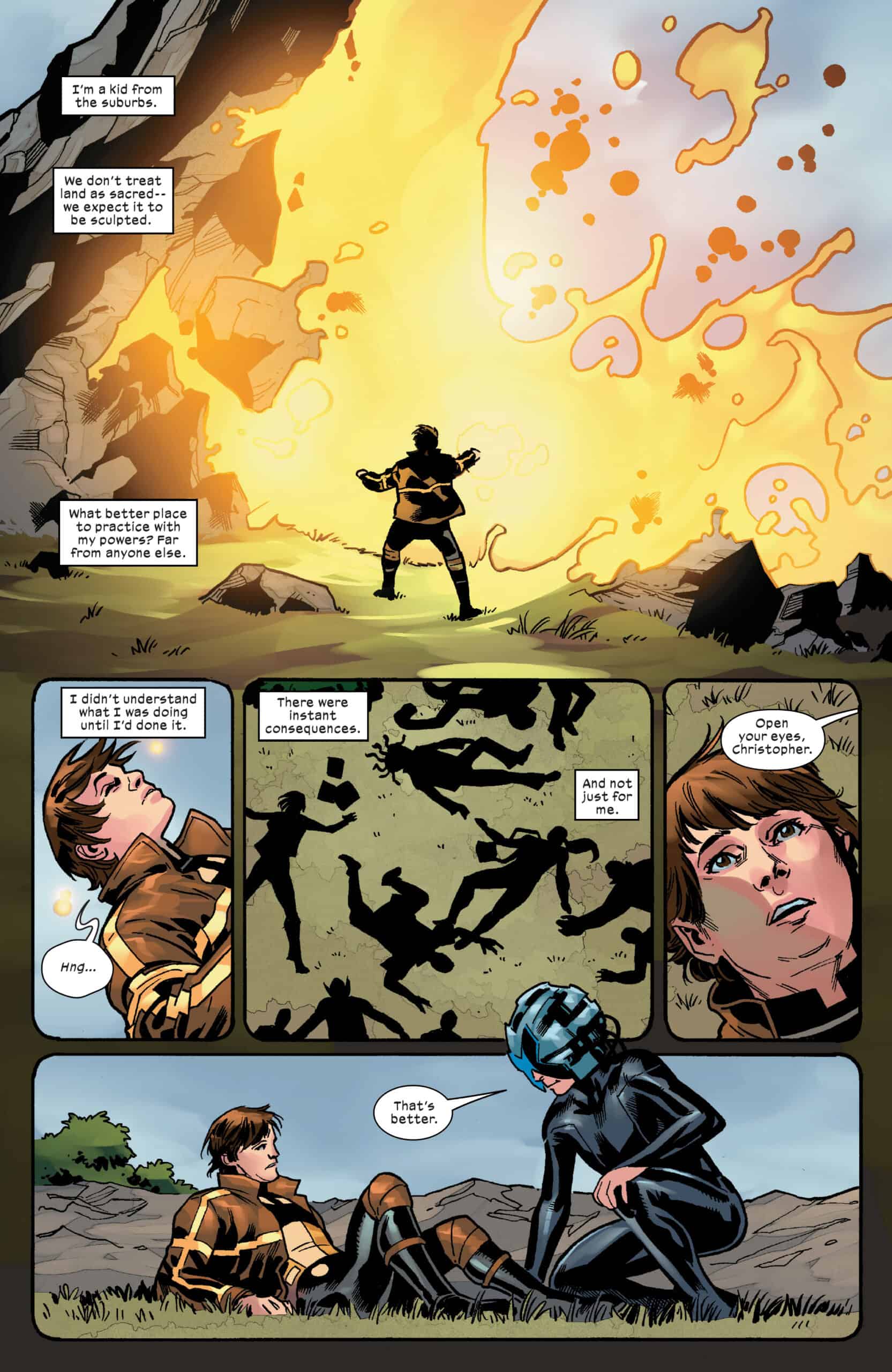 But nothing in LaValle’s plot is as simple as the good and the bad, as Sabretooth’s villainy poisons the well in the struggle as much as Melter’s. The data page about the CIA supporting figures like Louis Armstrong or James Baldwin calls to how Sabretooth is not searching for liberation but vengeance, chaos, fire. And Melter mirrors this as the pawn, the idealist, the one that could break the plan of liberation for his own selfish reasons. It’s not a coincidence that these two white men pose a very different threat to what still feels like one of the most salient Krakoan stories for the real world we live in. Will our characters organize to break Krakoan prison system, or is their effort for liberation doomed by the ones avid for (different shapes of) power? However that results, this comic is intriguing, exciting, and doesn’t overlook a detail of its visual and textual narration. Everything is here for a reason.

Sabretooth #3 thrills with story and history, community and tension, cruelty and compassion. One of the best books publishing right now.

Sabretooth #3: Community of the Forgotten