Sabretooth #4-5: Maybe We All Carry a Rebellion Inside of Us 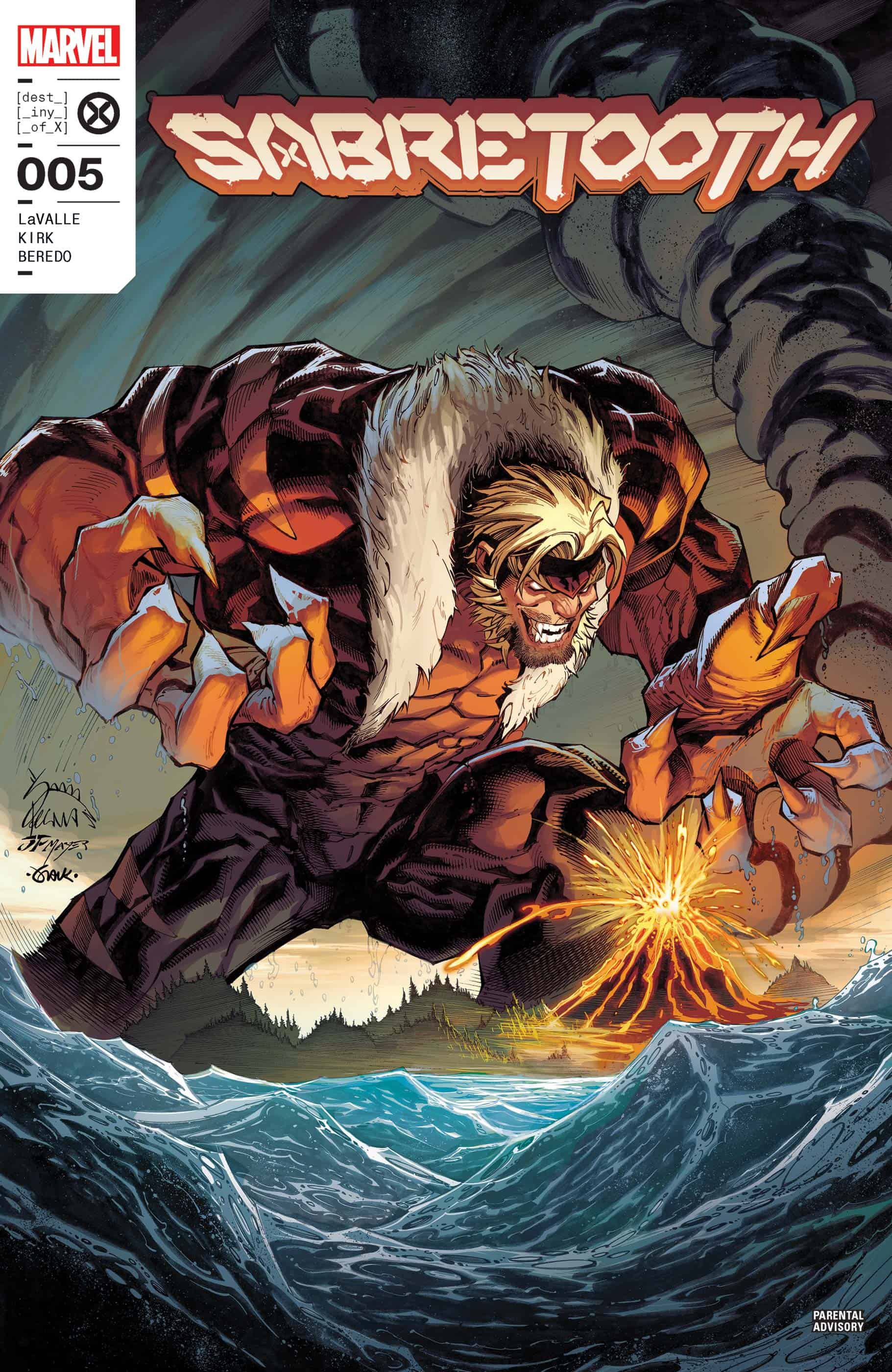 Even the best-laid plans fail. But above ground there are other mutants who've learned what's happening in the Pit and they aren't too pleased with the injustice of their fate. Sabretooth has changed Krakoa but has Krakoa changed him? No one gets away clean in this story. And maybe there are fates even worse than the Pit.

No book has ever crumbled the foundations of Krakoa as cleverly as Sabretooth, and in a way that has not sacrificed character depth, plot or historical/real-life connection. As each of the new characters gets a shining light, Victor acts as a particularly salient kind of villain in this series: the rotten antihero who finally only wants his own vengeance, and, by chance of his connection to the rest of the characters (as prisoners, as victims of the state, as perpetrators of the worst crime: not knowing their place), inspires something bigger than himself. A flawed and treacherous man still unleashes in these two last issues a kind of havoc that was necessary and puts Krakoan upper class in its place: the place of knowing they can’t just work on domination and expect the dominated to smile and turn the other cheek. LaValle’s rebellion of the lower class highlights how Krakoan society is still plagued by the same issues that dominate capitalism and the creation of the modern state: class, race, and the culture of punishment that brought mass incarceration. Of course, someone as Charles Xavier (a privileged, rich, white guy) can’t bring forward, with his council of mostly white, mostly wealthy, mutants, a vision that endears true liberation. 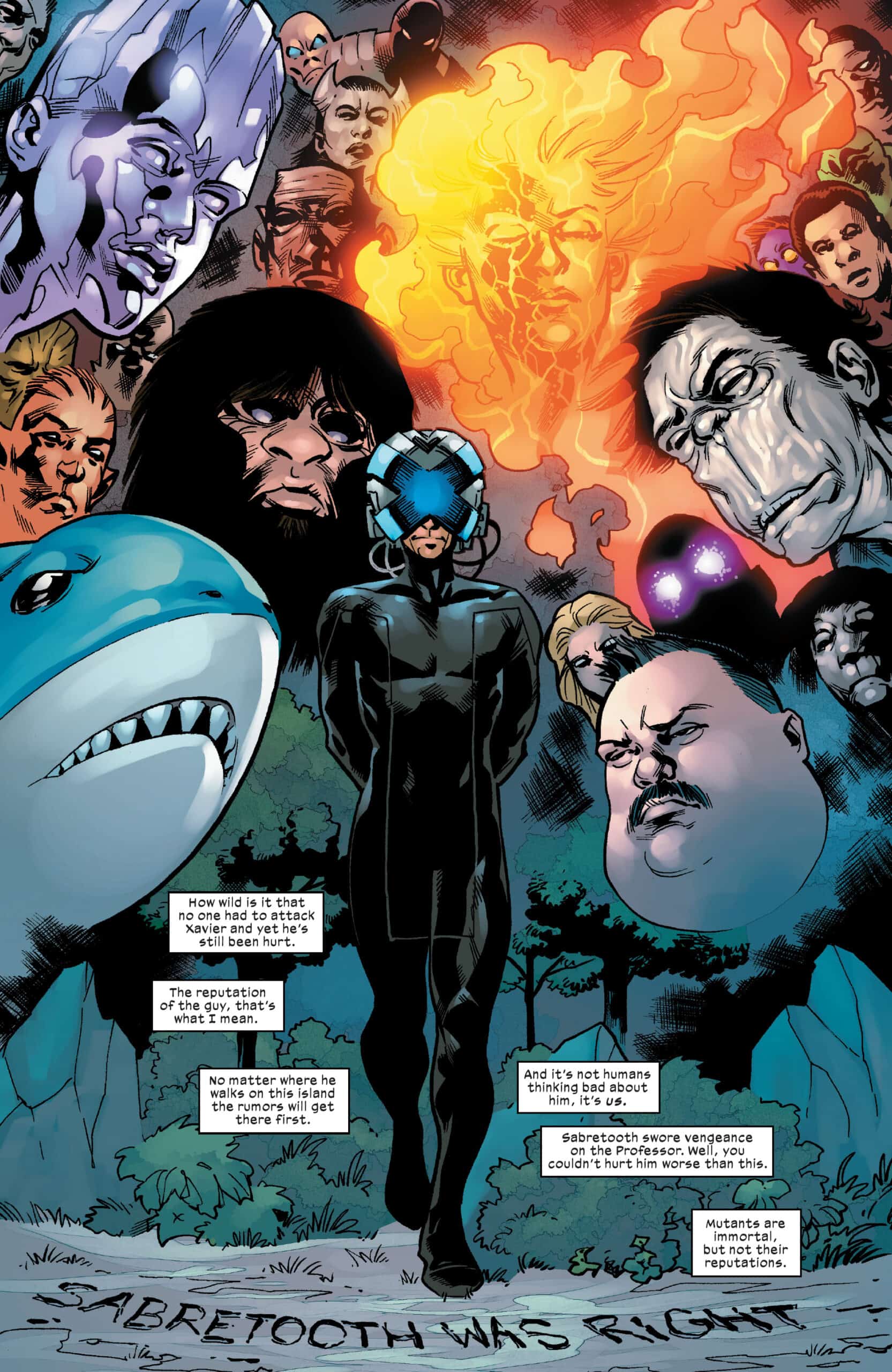 But it’s in its team of characters that this book finds its strengths and a path ahead. It’s Nekra who connects the liberation and revolution of this book to that of the Jamaican Maroons through her naming of the ship that is moving this story forward (quite literally) as “Nanny of the Maroons,” which shows how the history of the end of slavery didn’t start in the hands of well-meaning abolitionist allies or benevolent presidents, but on the ground, by freed slaves who themselves fought for abolition before it became an intellectual idea of enlightenment.

Similarly, this book makes a constant effort to show how the experiences of Oya, Nekra and Third Eye show how much of antiblackness replicates in Krakoa, and how their struggle with a path forward, their efforts for making something different in Krakoa, are what changes and shapes the life in the island, and makes so many mutants doubt the dream of Krakoa as a state with the right to punishment. Their broken contract with a state that replicates the same logic of The State is the perfect resolution for what feels more like mutant liberation than the creation of Krakoa itself.

And it’s by the always deeply connected to nature, earth and soil art of Leonard Kirk (aided by Craig Yeung’s salient inks), and Rain Beredo’s matte backgrounds that turn to shining colors when fire, costumes, new characters interrupt the narrative, the last two issues shine as a work of perfect superhero-action in which guest stars like Mystique and Destiny feel at home. But, also, a fucked up ending (as only Sabretooth could have), as the private prison complex enters the picture, as we’re promised more of LaValle’s perfect storytelling and mastering of history, complexity and critique.

Talk about life-changing books. The time prison abolitionism entered the X-Books with an unmatchable cast of deeply thought characters that have not found their place in paradise, for paradise has imitated a carceral state too quickly, too soon. Sabretooth was the best book it could be, with the best consequences for the world it inhabited, and I feel what lies ahead can only complete it even more.

Sabretooth #4-5: Maybe We All Carry a Rebellion Inside of Us