Sabrina the Teenage Witch #1: Sugar and Spice and Everything Nice 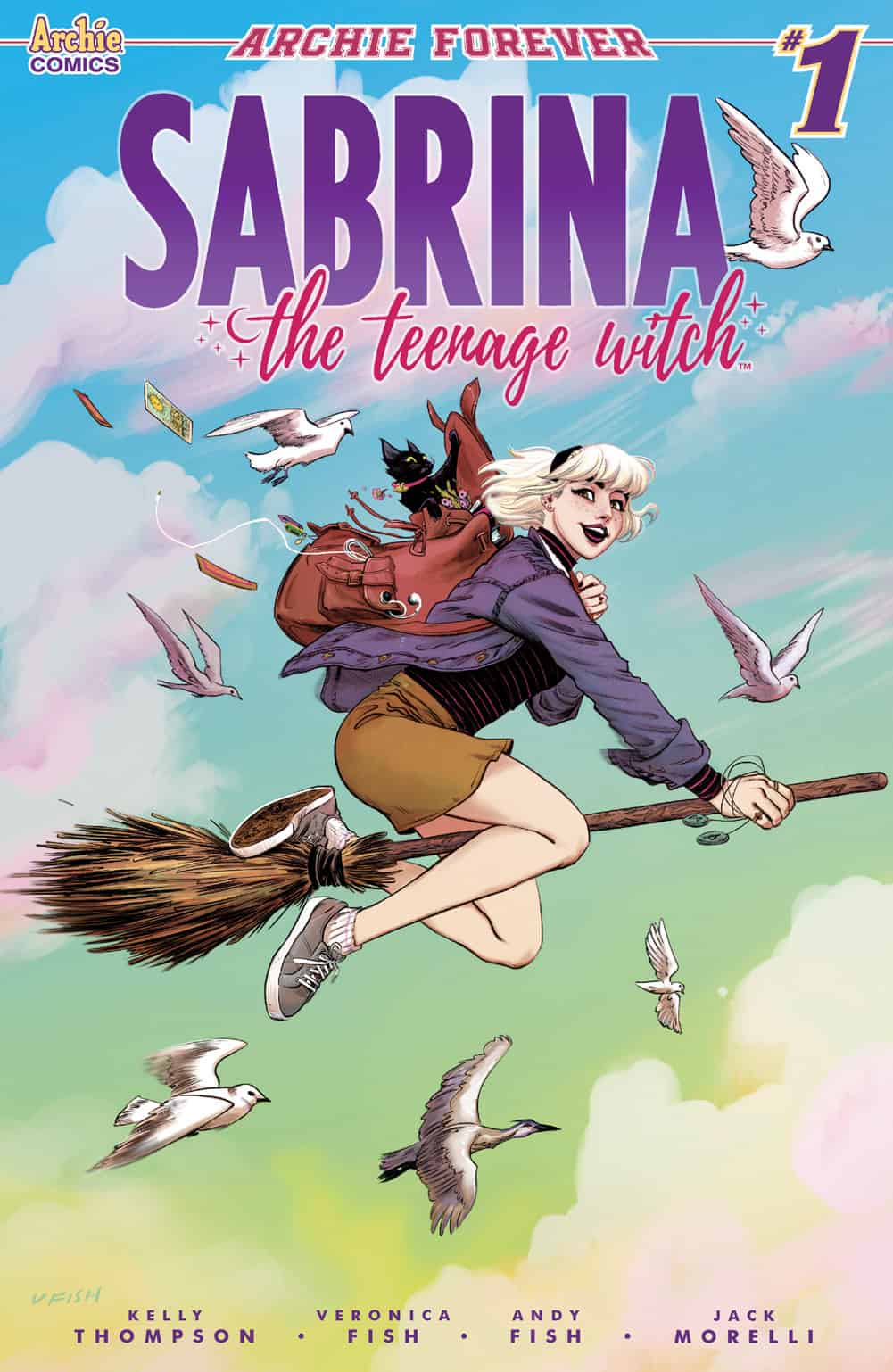 Sabrina is a teen witch who’s struggling with balancing the double life of high school and her burgeoning powers. Newly relocated to Greendale with her aunts Hilda and Zelda (also witches), Sabrina is trying to make the best of being the new girl in town which so far includes two intriguing love interests, an instant rivalry, a couple of misfits that could turn into BFFs, and trying to save the high school (and maybe the world) from crazy supernatural events. NBD! 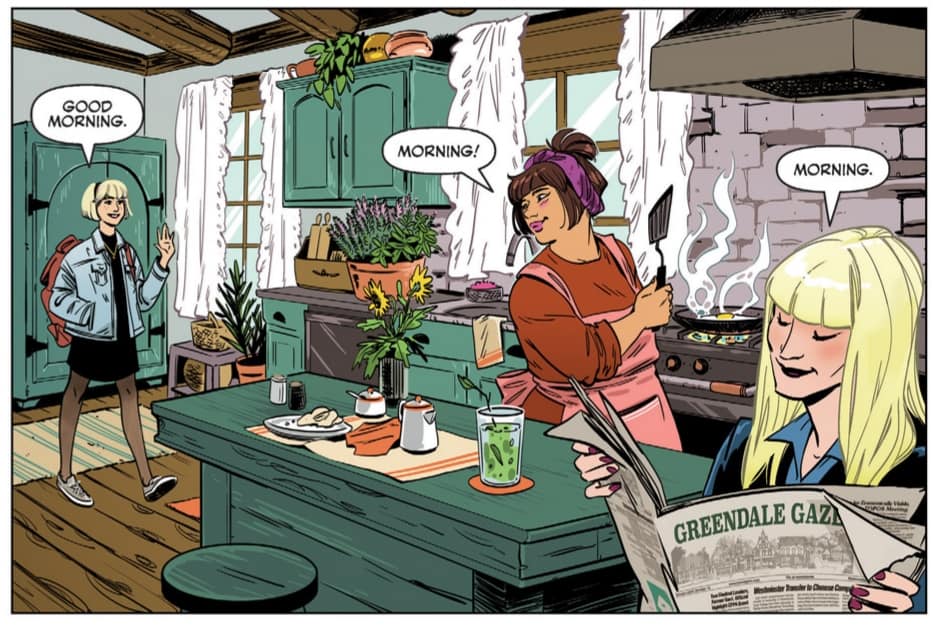 With The Chilling Adventures of Sabrina still so popular (and also being a current Netflix series), I wasnt sure what to expect with this series. Would we get the peppy, upbeat Sabrina from the old archie comics or the Melissa Joan Hart TV show or the darker, more macabre “Chilling Adventures” Sabrina? The answer? We get a brilliant mix of both. 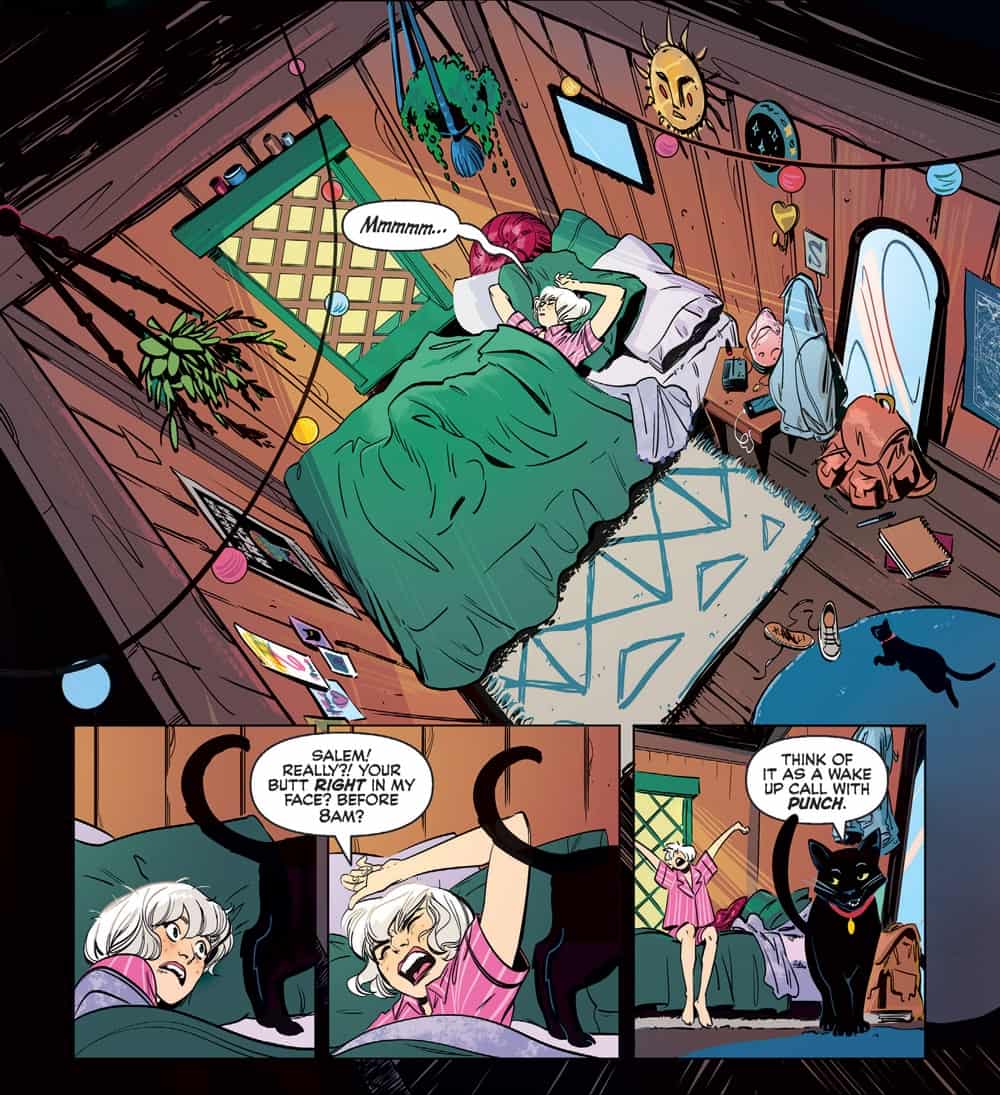 On the one side, we get an upbeat teen drama featuring a teenage girl whose moved to a new town with her two aunts and her cat and is about to begin her first day at a new school. On the other side; the girl and her aunts are witches, the cat can talk because hes a once powerful warlock, and the girl gets attacked by a wendigo on her way home from school. While this may sound like a typical Sabrina series, the presentation and execution are what sets if apart. This doesnt feel like a story of horror and witchcraft trying to appear fun and him nor does it feel like a teen drama trying to be edgy; it feels like a story of a real teenage girl living her life as a witch in hiding as she is faced with supernatural forces. 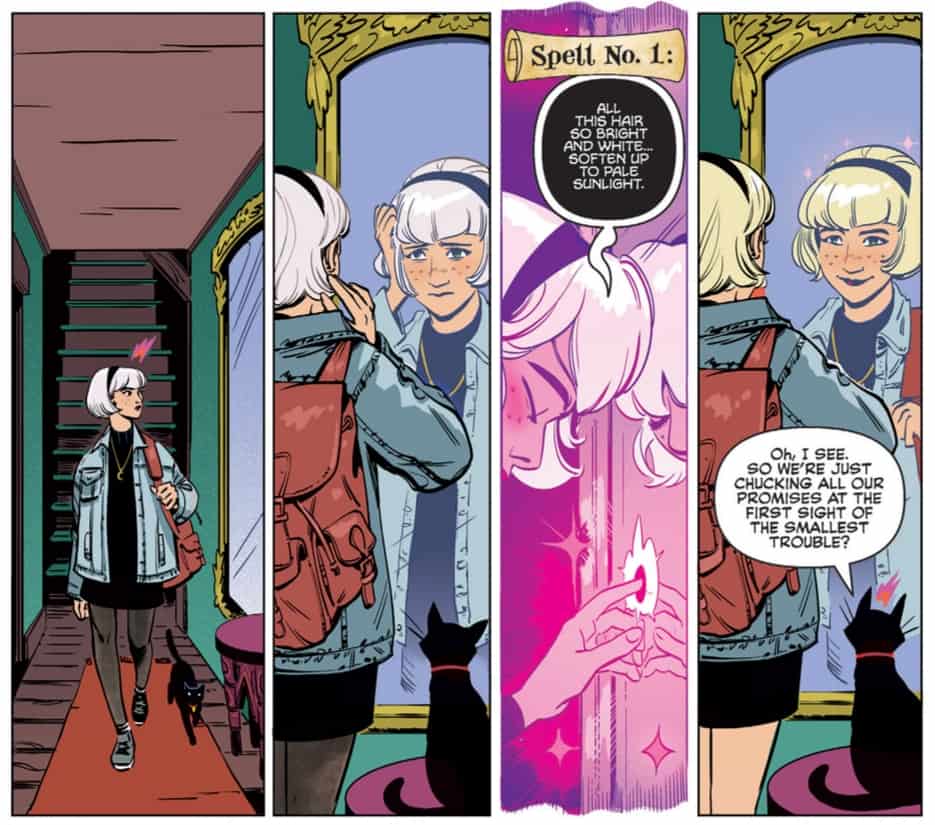 The art was very well done and fitting to the tone of the story. A great mix of brights and pastels along with drabs and darks kept the tone of the art from being either too upbeat or too down. All of the character’s (even Salem, the cat) were expressive yet natural and there was a great attention to detail. 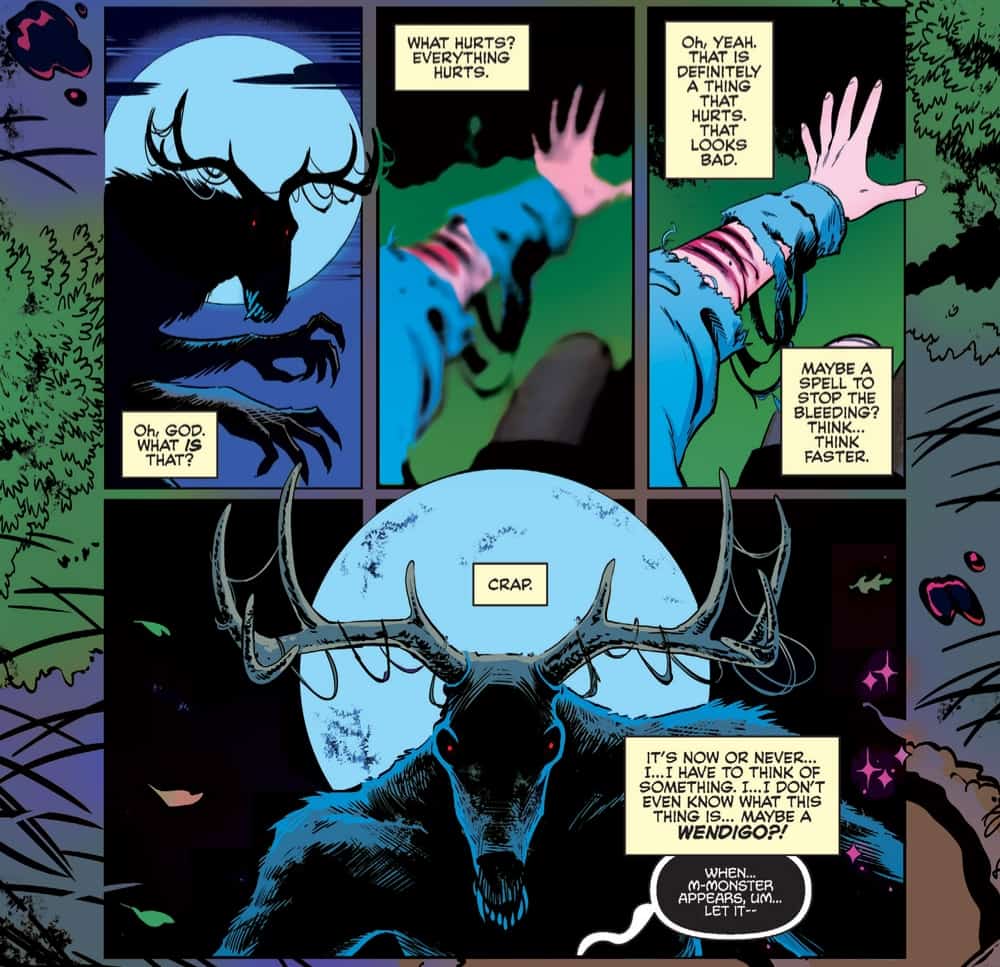 This seems like it’s going to be a great book for fans of any iteration of the character as well as fans of supernatural or high school themed stories. I’m excited to see where the story goes next. 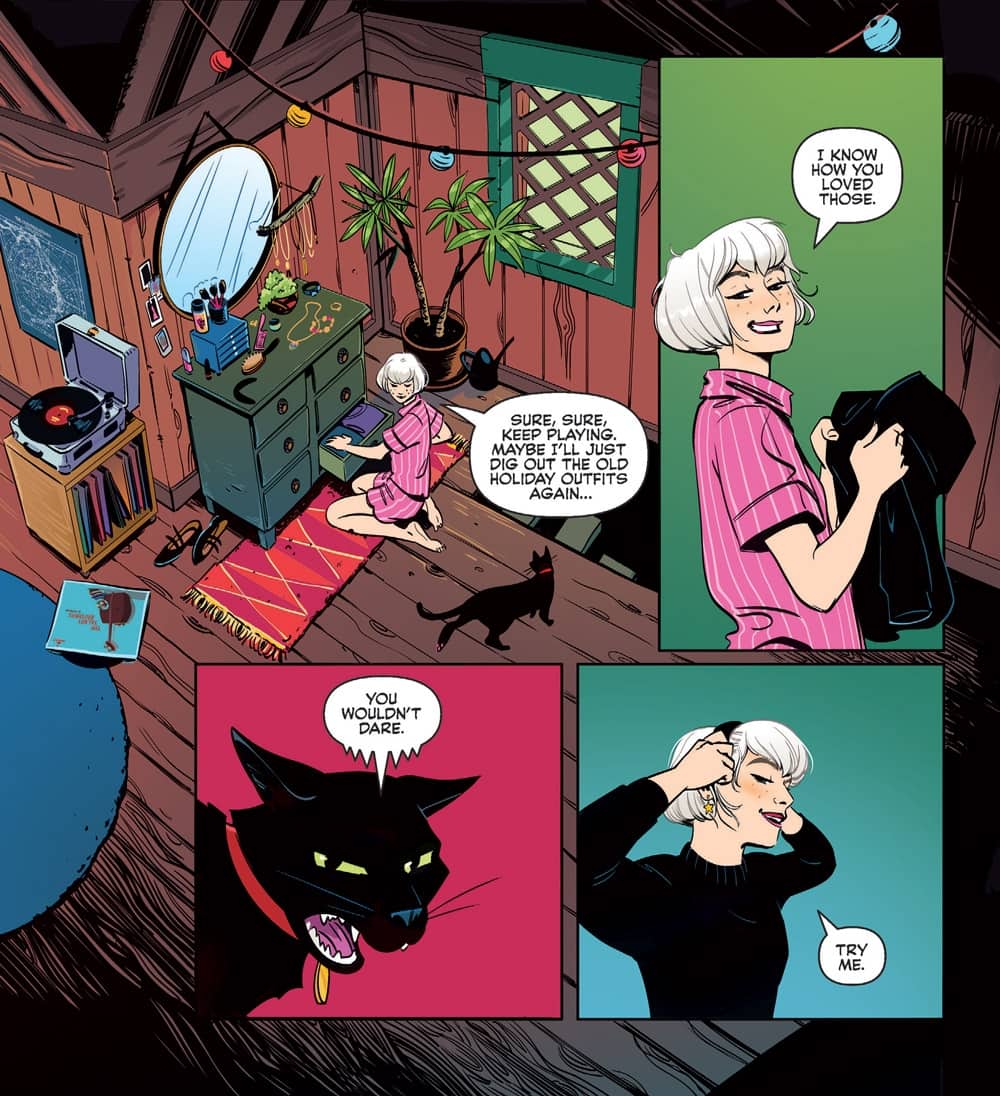 A seamless mix of high school drama and the supernatural, enjoyable first fans if either genre.

Sabrina the Teenage Witch #1: Sugar and Spice and Everything Nice