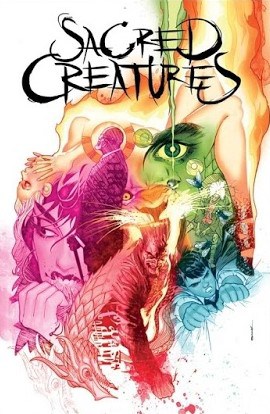 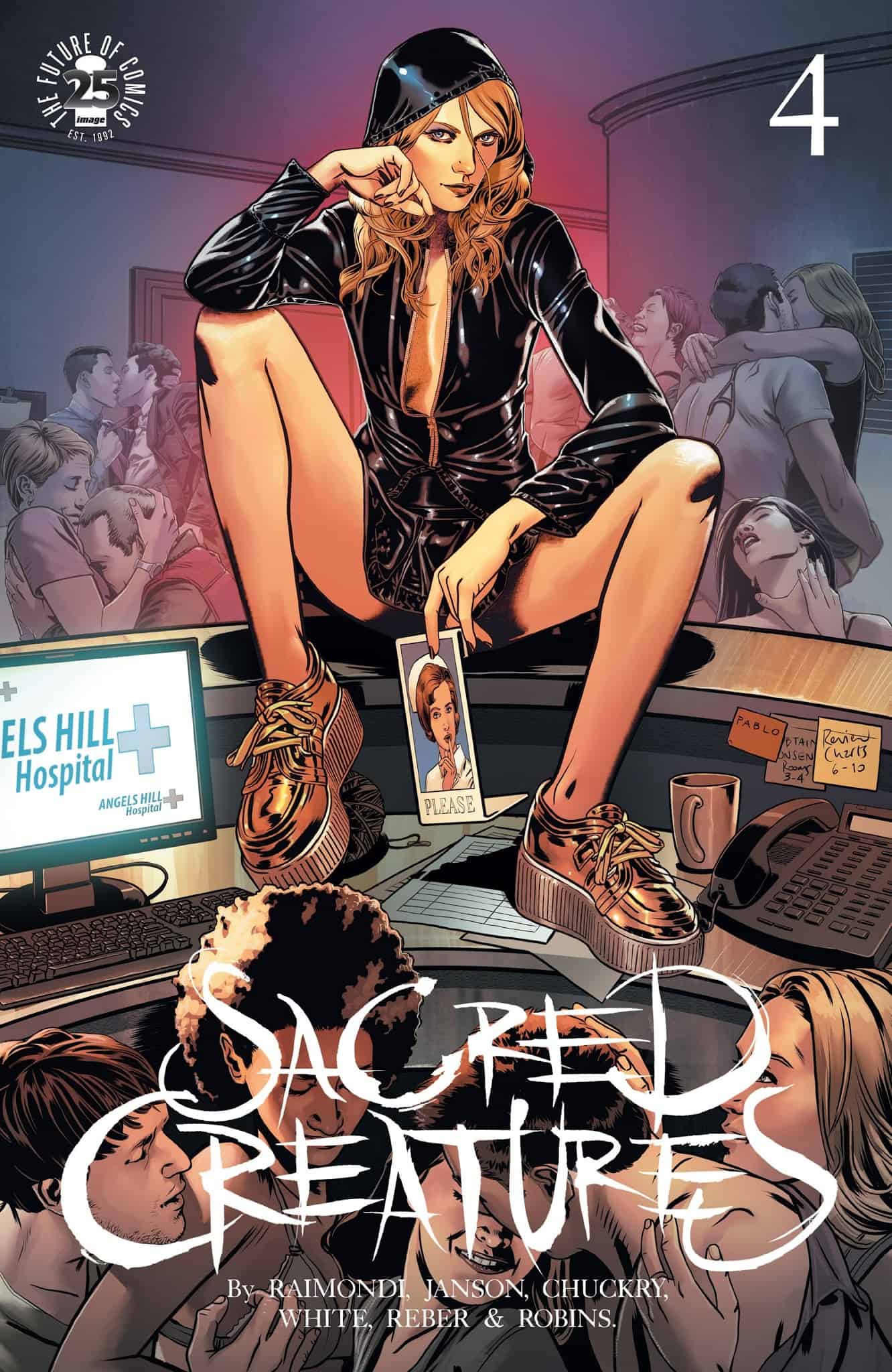 When the divine beings are corrupted by indulgence, the Seven Deadly Sins are loose upon the world. Envy, Pride, Lust, Sloth, Gluttony, Greed, and Wrath have been held in check for centuries by a Guardian Angel. Now dead, there is nothing to stop them from tipping the fragile balance between good and evil.

What You Need to Know:
We had it all wrong. The seven deadly sins were not just concepts. They are mortal constructs that roam the earth, woven into the core of every culture and manipulating the nameless to the powerful indiscriminately since the beginning of recorded time.

Josh Miller is one of the former types. He is simple, average, and exists from one day to the next just like the majority of the human race. At this point, its unknown as to why the sins mark their victims, but Josh happens to be one of the unlucky few to know the sins on more intimately than most. After being infected by their corruption, Josh murders the angel who has maintained watch over the sins, freeing them from prying eyes and allowing bold action.

One would think Josh’s useful purpose would have ended there. No one knows why the seven have begun to move into a position to secure his soon to be born child.

What You’ll Find Out:
Tasked with the sole responsibility of maintaining watch over the Nephilim, the fallen children of angels, Naviel had no choice but to set the cities ablaze. The kingdoms of Sodom and Gomorrah were tainted too deeply. Regardless, the lesson was to teach Abiyma’El that envy was the direct cause of the empire’s destruction. The inherent problem therein lies in Envy’s inability to understand his essential nature will always foil his purpose. 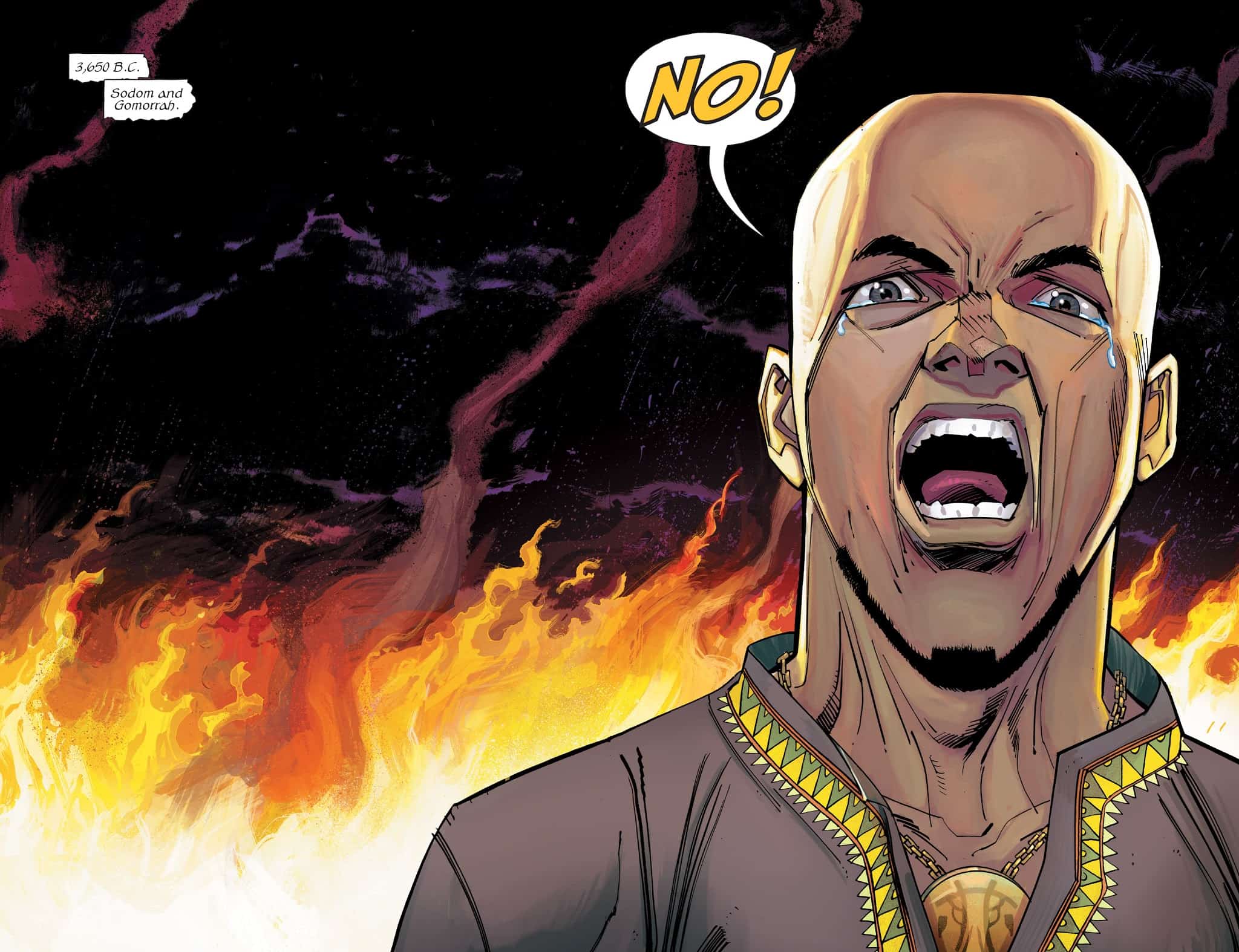 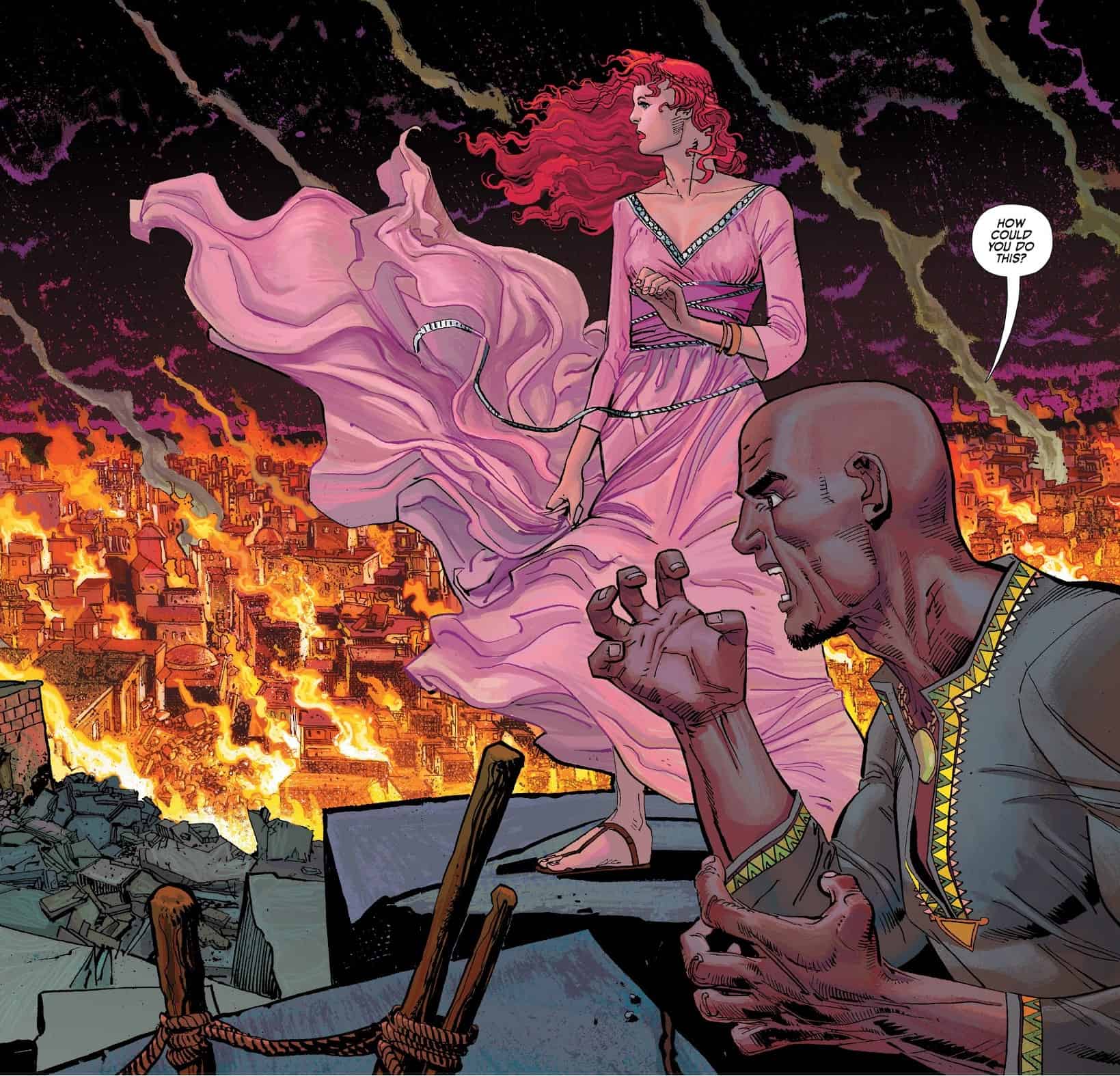 In the present, Josh undergoes interrogation by the police and recounts the events that led up to having killed the guardian angel. Inspector Crowe tries to comprehend the supernatural influence of the crime, despite the absurd facts surrounding it. His boss, under immense political pressure, wants answers. Answers the investigator can’t give.

Pulchra continues to monitor the hospital and the status of Josh’s newborn. The doctor insists his obligation to Lucius have been satisfied. After making not so veiled threats against the doctor for his continued cooperation, the arrival of Adrian forces Lust to take matters into her own hands. The priest is set upon by innocents under the sins control. Repelling their assault, the priest emphasizes that Julia and her mother need to escape immediately. Lust’s influence escalates and as the priest attempts to move Julia and her mother to safety, a mob in the throes of an orgy attack again. Julia and her mother arrive at the NICU to find the doctor giving the child to Lust.

At the precinct, Josh received unexpected aid. When he realizes that Wrath utilized his influence to secure his freedom, Josh bolts under a hail of gunfire from Midyan’s thralls.

The story shifts back to the past again. After remaining forlorn for many years having killed her lover, Naviel has chosen to return to humanity with renewed interest. Abiyma’El desires to remain in her city, again despite her warnings and action in Sodom and Gammorah. She has claimed it as her own.

Adrian attacks Pulchra as Julia and her mother secure the baby. The mob presses their assault as the two trade blows. The priest finally gains the upper hand by electrocuting the sin and buying them precious time. The pair finally discovers Josh’s current location and prepare to rush to retrieve him.

Naviel’s prologue continues and she realizes that she has made a serious mistake. She is now pregnant with the king’s child, committing the same transgression as those that birthed the very sins she charged with watching and knowing angels are forbidden from procreation, she flees, but not before Envy witnesses her departure and takes Shinar in her absence.

It seems luck turns for Julia, Adrian, and Josh. Karen, the baby’s grandmother is less fortunate. Sloth has located her. maternal instinct kicks in and she flees as Sloth, though preferring to settle for the pizza struck from her hand, knows better than to disobey her brother.

What Just Happened?
I have been meaning to review Image’s Sacred Creatures for months but something always came up and delays prevented me from really diving into the book. And don’t be mistaken, this is much more than a comic. Each issue is a mini-novel with a hardy story-line that covers a tremendous amount of terrain. In retrospect, I’m truly glad I didn’t render a verdict after each singular issue because this series has such a significant amount of world-building and lore that it’s more understandable as the tale progresses. One issue alone is likely the size of 3 issues with the more commercial hero books. To me, that only makes it that much better!

I’m not going to dance around it. Sacred Creatures is an entirely new type of experience for me that I am throttled by the realization that this comic has opened my eyes to a new model of comic books. Sacred Creatures is a comic for someone looking for more than flashy powers or costumes. When other books lean on tedious action sequences and one-liners, Sacred Creatures offers a true story that explores religious themes and iconography and an analysis of the human condition.

The tale penned by the dual author team of Pablo Ramondi and Klaus Janson is woven with diligence, steady pacing, and intricacy that is matched only by the dramatic visuals portrayed in the artwork. The level of detail in each scene gives the reader a true sense of the environment and rich tone that sets the mood flawlessly. The art depicted in the present segments is crisp, clean, and often visually stunning. What truly captivated me was the excellent means in which facial expressions are captured during key moments of dialog. The action sequences are equally as gratifying. The illustration during the past divisions are whimsical and match the stories pretext as Naviel’s story lays the foundation for current events. The color work in both settings is vivid and powerful. Perhaps most importantly, the art or story-line is equal in all considerations and one never outperforms the other.

Final Thought: Sacred Creatures #4 is a great gateway book for those readers out there who have developed a more mature pallet and ready to include comics that place more emphasis on story as opposed to the more masked hero-centric genre. This is an epic for those who can appreciate it’s elaborate details while still retains a welcome simplicity that is approachable. The comic series as a whole should be getting a lot more attention and exposure and deserves a much broader audience.