Savage #4: Everybody Do the Dinosaur 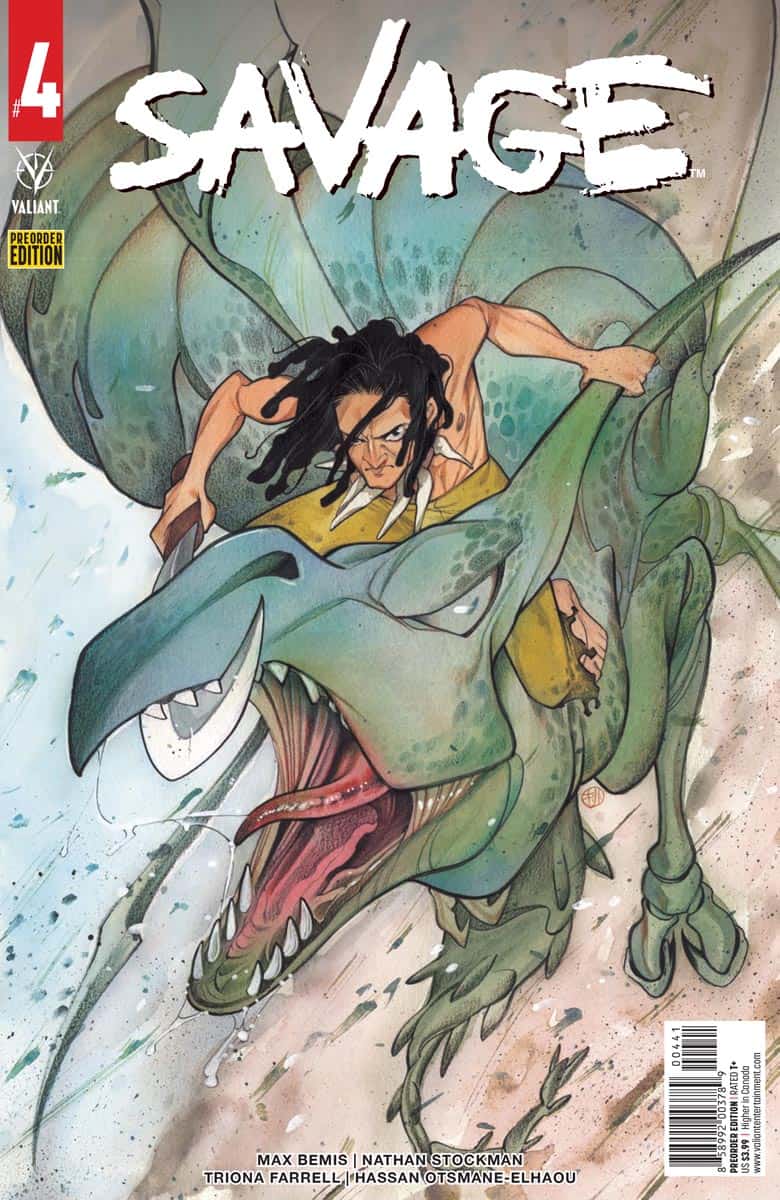 All has been revealed! The mastermind behind Savage's recent perils was uncovered as his own brother Henry Sauvage working in cahoots with the twisted mad scientist Professor Nealon. Now the world is being overran with dinosaurs and reptilian mutant monsters leaving Savage as the only one who can put a stop to their dimension merging schemes....

Savage has accepted (albeit begrudgingly) that he’s called to be a hero in the “normal world” as he was in the Faraway. Turning his acrobatic might against the otherworldly invaders and taking out any dinos that cross his path. Joined by the young scientist Mae, who has been preparing to turn against her “father” all along the pair take on Kevin’s treacherous brother and the crazy Professor Nealon. 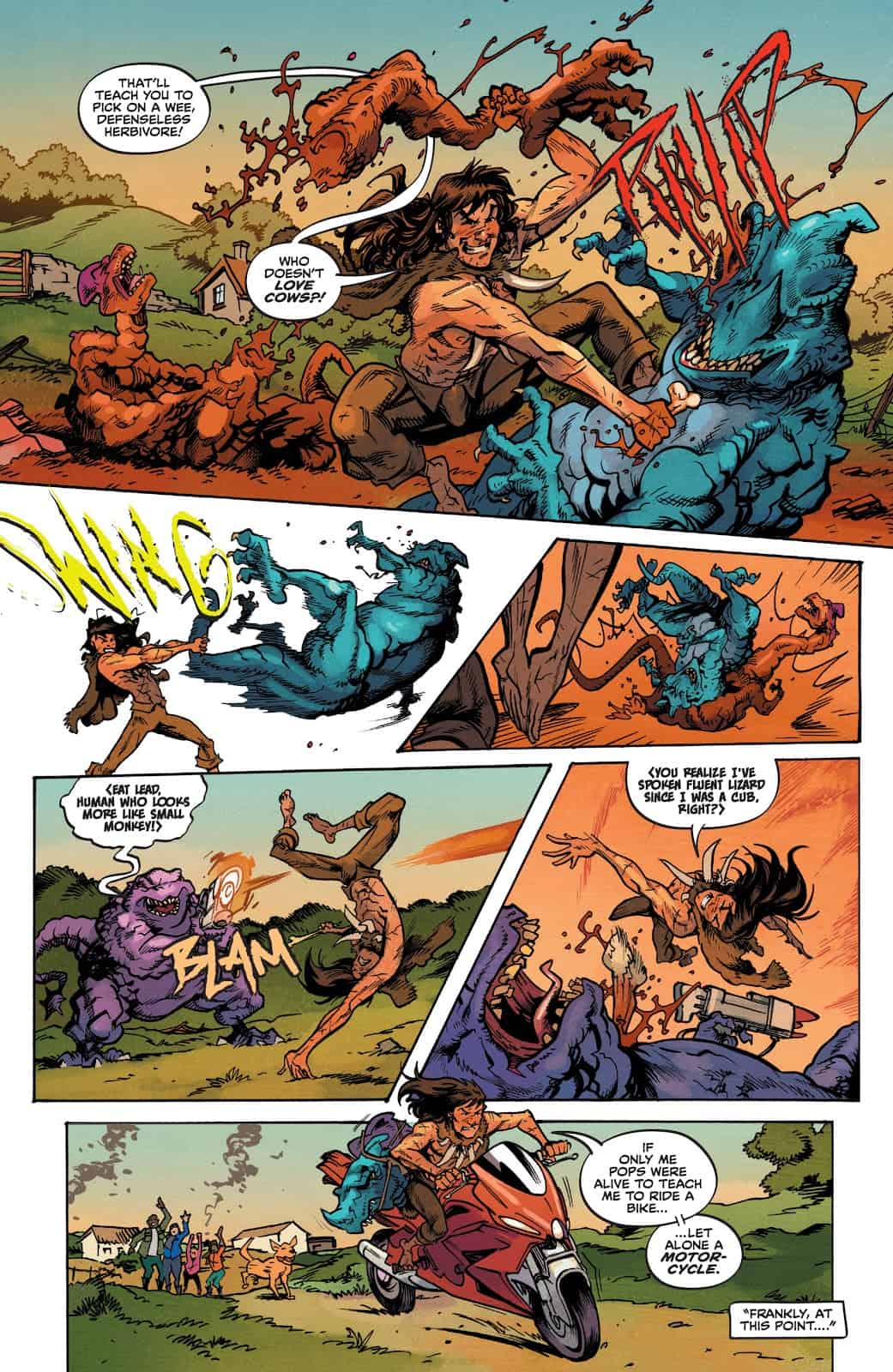 Bemis has done a great job balancing humor with somber moments and while this one leans more to the former he again gets the job done. Bordering on 4th wall breaking we see an examination into Henry’s betrayal and “villain origin”. Some might be off put by the tongue in cheek nature by which this was done but I found it refreshing to acknowledge the fact brother betraying brother isn’t exactly a new concept but it can still be used to great effect. The cameo from Quantum and Woody as well was a great choice as was the somewhat subtle callback to Acclaim era Turok in providing Mae with a suitable codename (Fireseed).

All in all there’s not a ton of surprises here if you’ve been following along until now but we get some fantastically rendered action by Nate Stockman and Triona Farrell plus some awesome tidbits like Savage rocking a full suit of dino bone armor (tell me you don’t want an action figure of that!) This issue wraps up this chapter of Savage’s journey quite nicely and leaves promising room for more to come. So sure it won’t turn the comic industry on it’s head but sometimes a satisfying conclusion is all you need.

More importantly I feel is the successful return of Savage and merging him into the fold. Before this mini we have to remember despite the tight knit nature of Valiant Kevin was off in his own secluded corner. Now we can look forward to seeing how he’ll fair among the other heroes and villains we’ve come to know and love.

Savage #4 is an action packed romp that leads to a satisfying conclusion and opens the door to great adventures to come. If you're looking for an enjoyable, clean cut read you can't beat Savage.

Savage #4: Everybody Do the Dinosaur