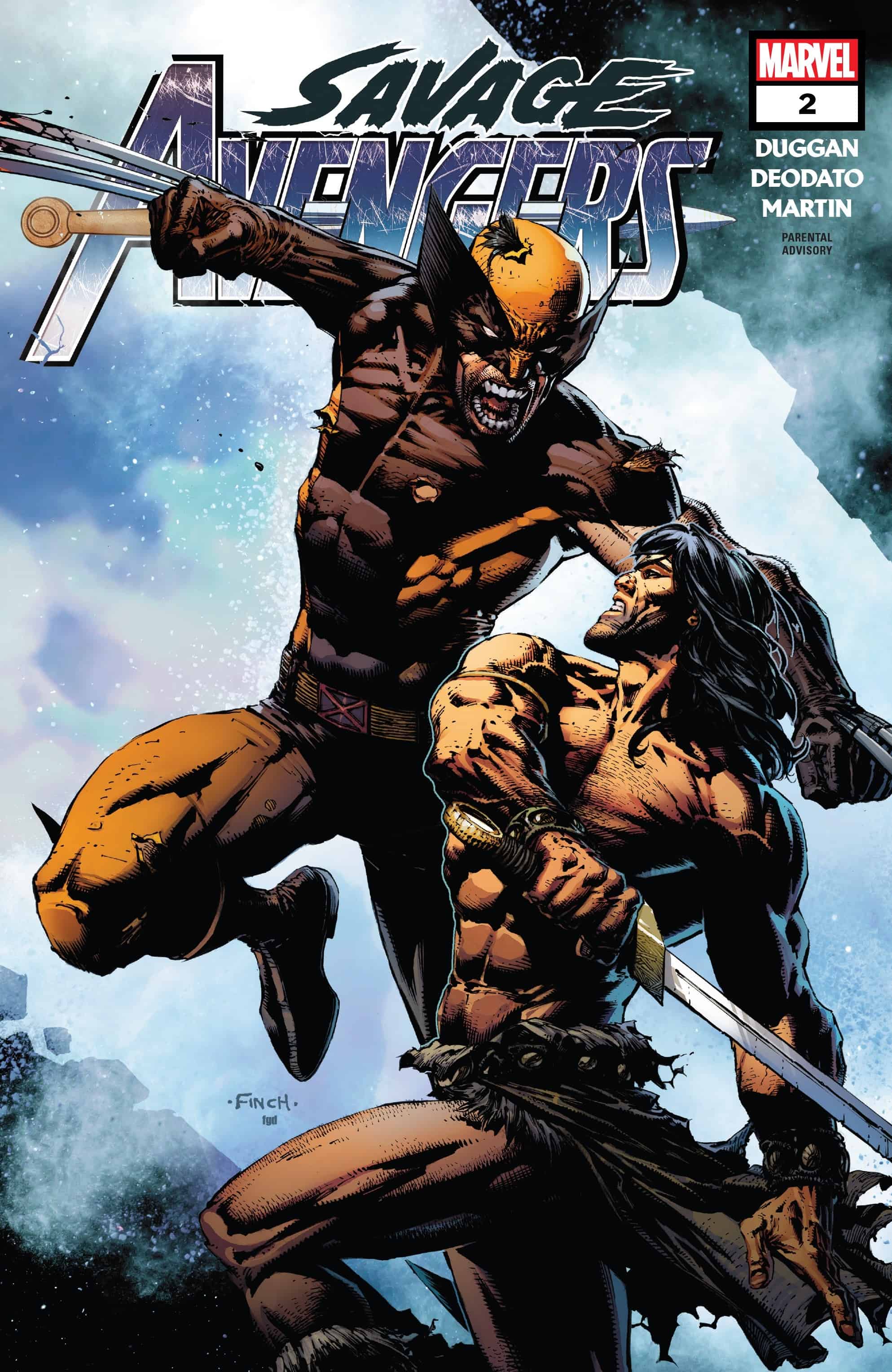 The Hand has teamed up with the evil wizards of the Hyborian Age to summon a death god from a celestial hell. The only thing standing between Earth and destruction is the Savage Avengers: Conan, Wolverine, Punisher and Voodoo. Plus: Logan donates blood, changing one Avenger forever. And Conan discovers a dark secret squirming in a genie bottle. Your new favorite ongoing series is knives out in its second chapter.

In chapter two of the Savage Avengers appropriately titled “Death Proof”, we begin to make sense of all the killing as we get some backstory on Kulan Gath and his followers who are attempting to summon the death god Jhoatun Lau. 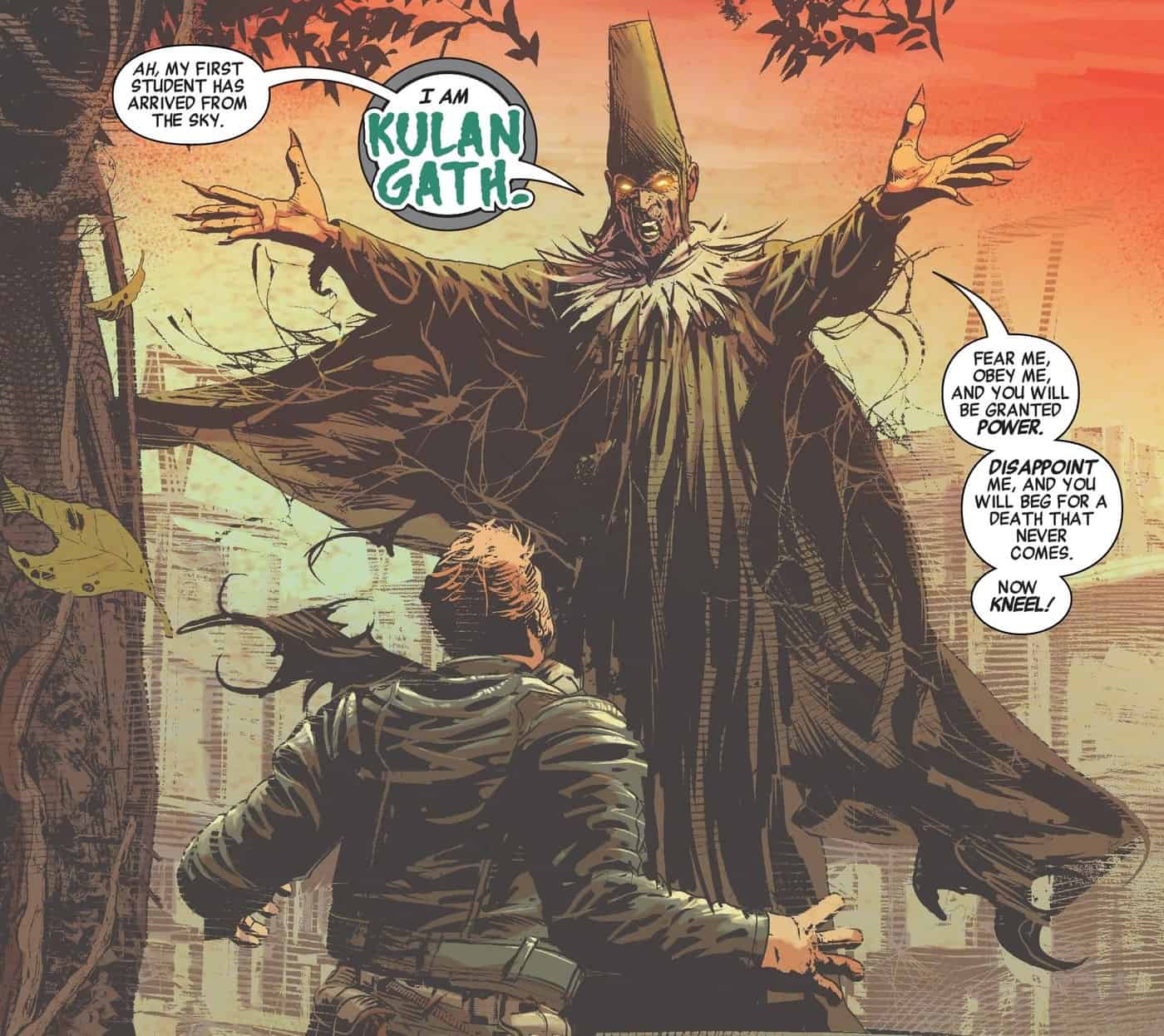 If there is one thing this series already has plenty of, it’s savagery. From the Great War in the 40’s to the the Savage Land itself, this creative team has kept the focus on a sense of brutality that really helps drive the story on a fundamental level. Even the heroics performed tap into this vein of brutality. When Wolverine is forced to use his mutant blood to save Voodoo’s life, we are given an almost grotesque look at the process that shows Wolverine literally grasping his exposed heart.

While it is a dark and bloody tale indeed, I was hoping for more of a team emphasis with such a great lineup. This one one of my main complaints about the first issue, but I’m willing to be patient for a team-up with a concept like this. It will undoubtedly be something the series eventually makes its way to as the different character’s stories begin to involve one another, but issue #2 was almost exclusively about Wolverine. As a Wolvie fan, this is hard to complain about. But I want to see the team dynamics of this roster more than I want to see Logan basically taking on everyone by himself.

This creates a dilemma for the series going into issue #3, but hopefully the stage has been set for all of these characters to come together and mark a turning point in the story. The Punisher’s arrival was just as deadly and explosive as you could ever want, but I’m still uncertain about the mechanics of the claymore. “Front Toward Enemy” is a pretty basic concept, but that explosion was massive. That’s one tough leather jacket Frank has!

The artwork from Deodato Jr. and Martin is definitely what makes this issue really succeed though. Everything from the panel layout to the splash pages are magnificent. Wolverine steals the spotlight with a double splash that perfectly captures everything this series is about. 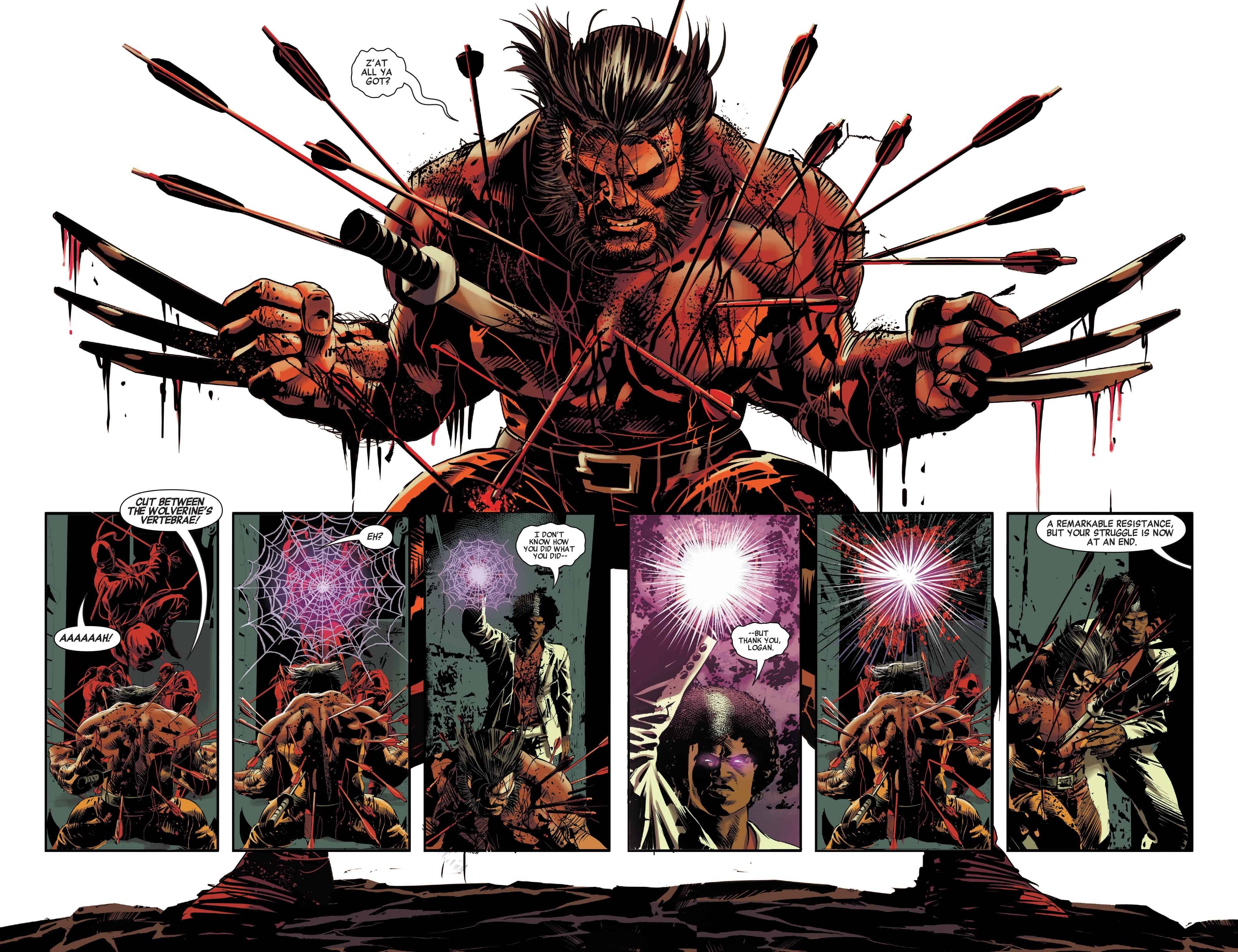 If the savage side of Marvel interests you, this is quickly proving to be a series that remain engaging even a few issues from now. We are building towards something unique with the Savage Avengers, and I can’t wait to see what comes next.

Savage Avengers #2 keeps the focus on brutality while slowly building towards the arrival of a death god summoned at the City of Sickles. This one isn't for the faint of heart!