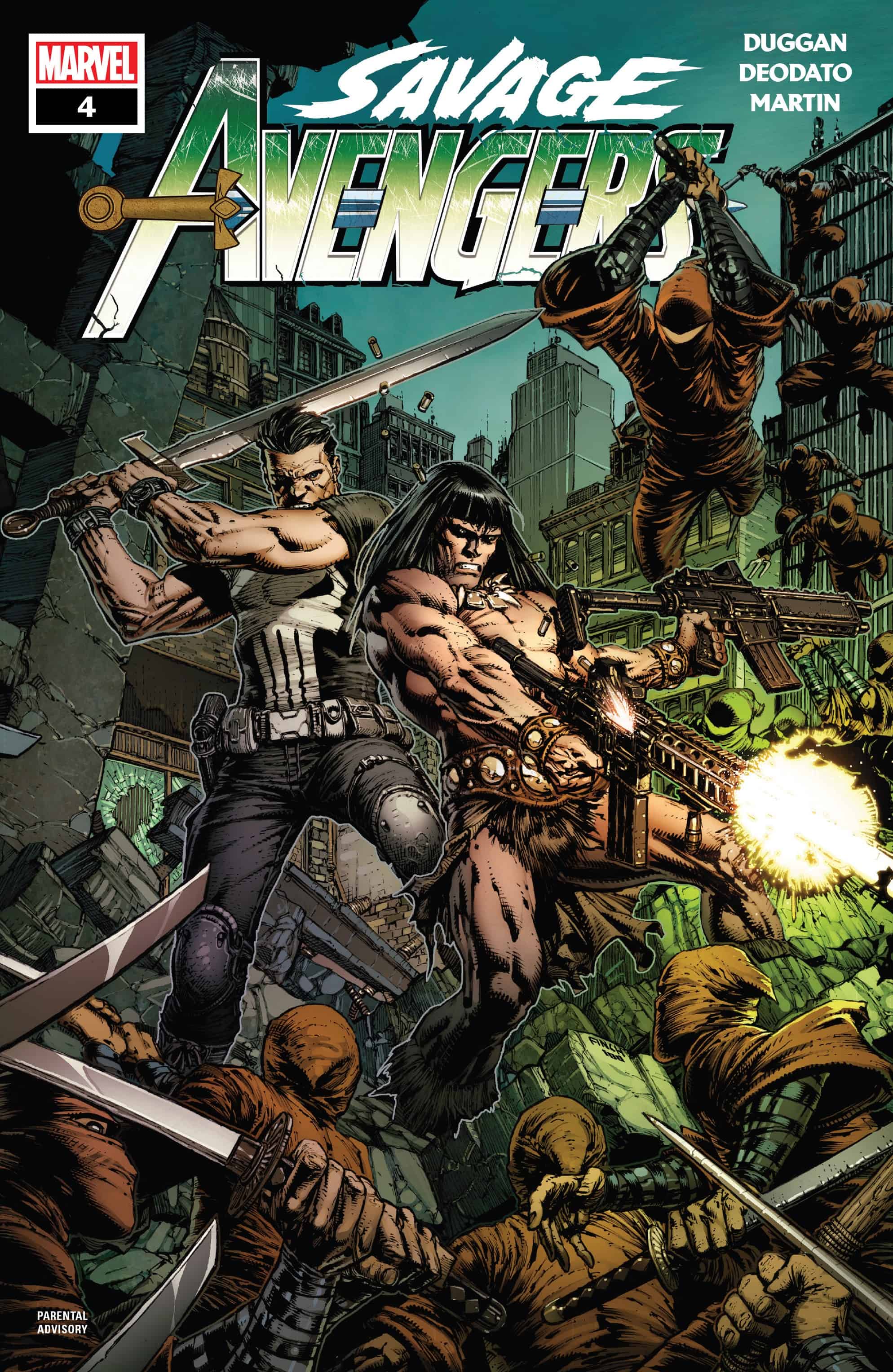 The one evil wizard to rule them all, Kulan Gath has succeeded in summoning an ancient evil…and he’s already hard at work on his next terrible plan. Conan swings his savage symbiotic sword against the forces of darkness…and Frank Castle has the worst day of his life. (If you don’t count that day in the park.) The Savage Avengers are fighting to save YOU!

Savage Avengers #4 continues what could be the most underrated series currently at Marvel with another bloody and violent story that shows this team knows how to live up to their name. 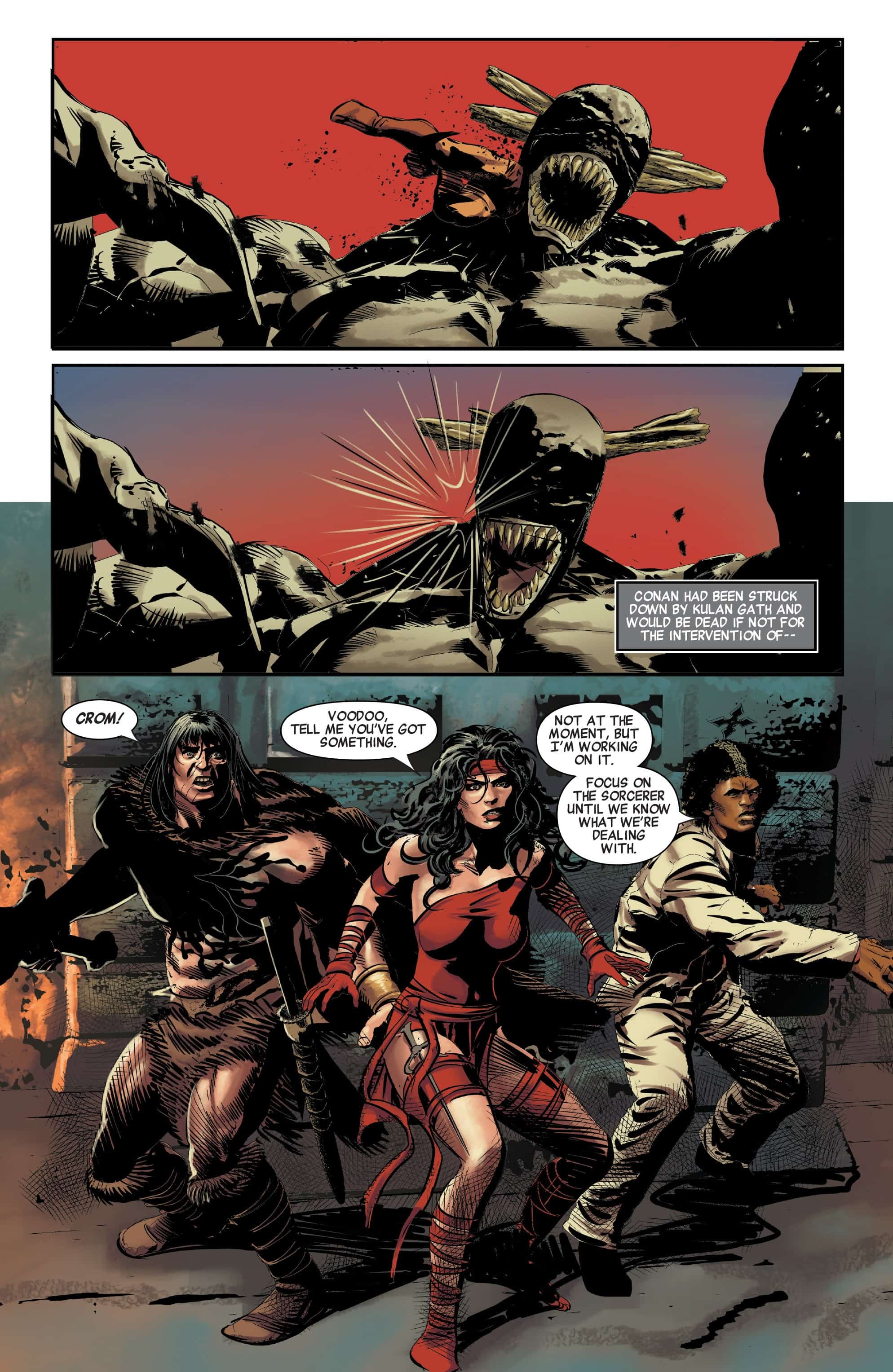 This issue hits a lot of the same notes that the previous ones already nailed. So, if you have been a fan of this series so far, issue #4 is going to be a fun experience. It’s full of action, gore and relentless (attempts at) killing. Fans of Venom and symbiotes in general will also have a lot to get excited about in this issue as well. The symbiote dragon certainly won’t be forgotten anytime soon!

One potential problem is the depiction of the Punisher’s rather well trodden origin story. While it is somewhat dismissed that he could have used his family as cover from the attack, this is a major aspect of the character’s motives that is very casually toyed with. This is my first experience with that version of his story, and while it could have been used in the past, it’s ultimately something that feels disingenuous to the character.

Ultimately, however, it’s satisfying to know that this creative team has a fundamental understanding of what should make a series like this really work. It doesn’t feel like the story has taken a backseat, but the artwork is definitely the spotlight. Deodato Jr. is doing some great things with this book, bringing just the right amount of dark spectacle punctuated by Frank Martin’s unique colors. Despite primarily acting as a setup for the first arc’s conclusion next issue, we still get a truly entertaining story from Savage Avengers #4.

That’s what I really want out of this series too. A great time. This creative team has provided that and then some, keeping me coming back excited with each new issue. This isn’t just some gimmick, it’s a solid story with consistently beautiful art. Sure it’s a bit campy, but it uses these elements to its benefit at just about every turn.

The conclusion looks to be an explosive one too. With the Marrow God and Kulan Gath both needing to be cut down, the Savage Avengers will have to combine their killing experience to bring this to an end!

"Savage Avengers #4" continues what could be Marvel's most underrated series with yet another violent and action-packed entry.