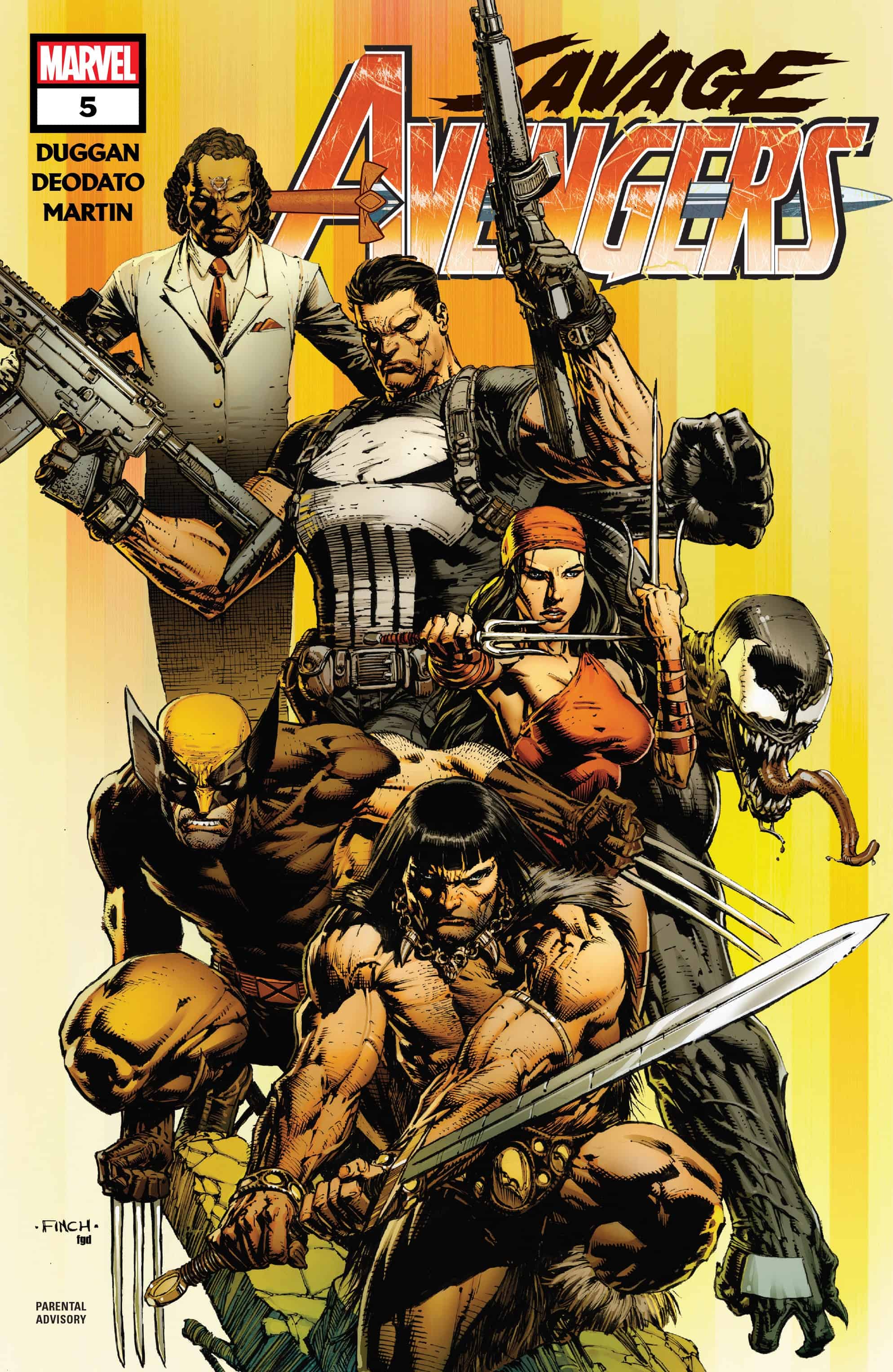 The Marrow God has eaten the sentient population of entire planets, but he never had to dance with the Savage Avengers. Kulan Gath is on the verge of defeat...or is that what he wanted the entire time? A Pyrrhic victory lights a fuse that will only burn more of the Marvel Universe. Plus, the Punisher is curious about Crom...

The first BRUTAL arc of Savage Avengers comes to a rather bleak ending in issue #5, but it never loses track of being a complete badass thrill ride! 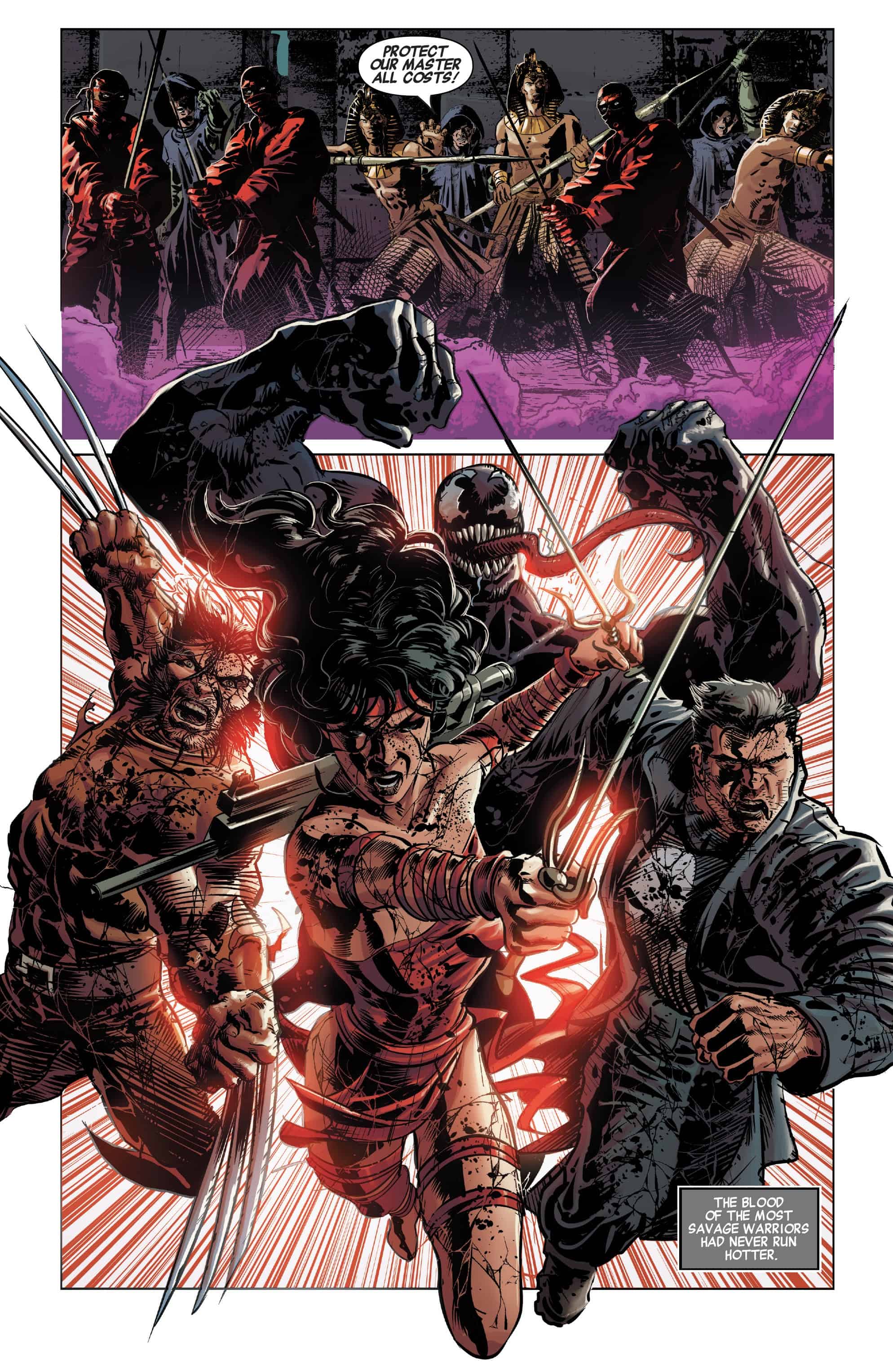 There isn’t much to say about this issue that hasn’t already been discussed leading up to the final issue in this arc. Savage Avengers is a book that not nearly enough people are talking about, as it’s surprisingly great every issue. It’s the type of series that gives the impression of just being a simple gimmick, but there is something original this creative team is tapping into that will keep readers coming back.

In a previous review I wrote of this series, I mentioned that this creative teams knows exactly what this book should be and it’s all the better for it. While that continues to be true, it also shows that Marvel is capable of nailing a book that is just a ton of fun to read. It isn’t constrained by too many questions, because honestly, who wants that out of a book called Savage Avengers?

It’s a savage af series and issue #5 continues that remarkably enjoyable trend. We come to a satisfying enough conclusion to the battle against the Marrow God, but it does lose some momentum as it tries to pivot into the next arc. We lose some much needed finality replaced with a promise of devastating consequences in one year’s time. It’s an interesting twist, but I was hoping for a more epic finale.

The artwork has taken a noticeable hit as Mike Deodato Jr. continues his transition to creator owned projects, to the point that I am now excited to see what the future holds. Although the artwork is still stunning in this issue, it does feel somewhat by the numbers for Deodato Jr., only because of what we know he is capable of achieving. There are still plenty of dark and intense visuals though, so it certainly isn’t all that disappointing.

Maybe this issue isn’t as strong as some of those prior, but it still upholds a strong consistency that promises to keep readers hooked and wanting more. The surprise hit featuring an unlikely teamup proves to be well worth checking out, and for those who collect trades, this first arc is definitely one to add to the collection.

Savage Avengers #5 might not be as strong as previous entries, but it continues to be a thrilling experience that above all else, knows how to have a great time.