Savage Avengers #6: Blood Will Bring More of Them 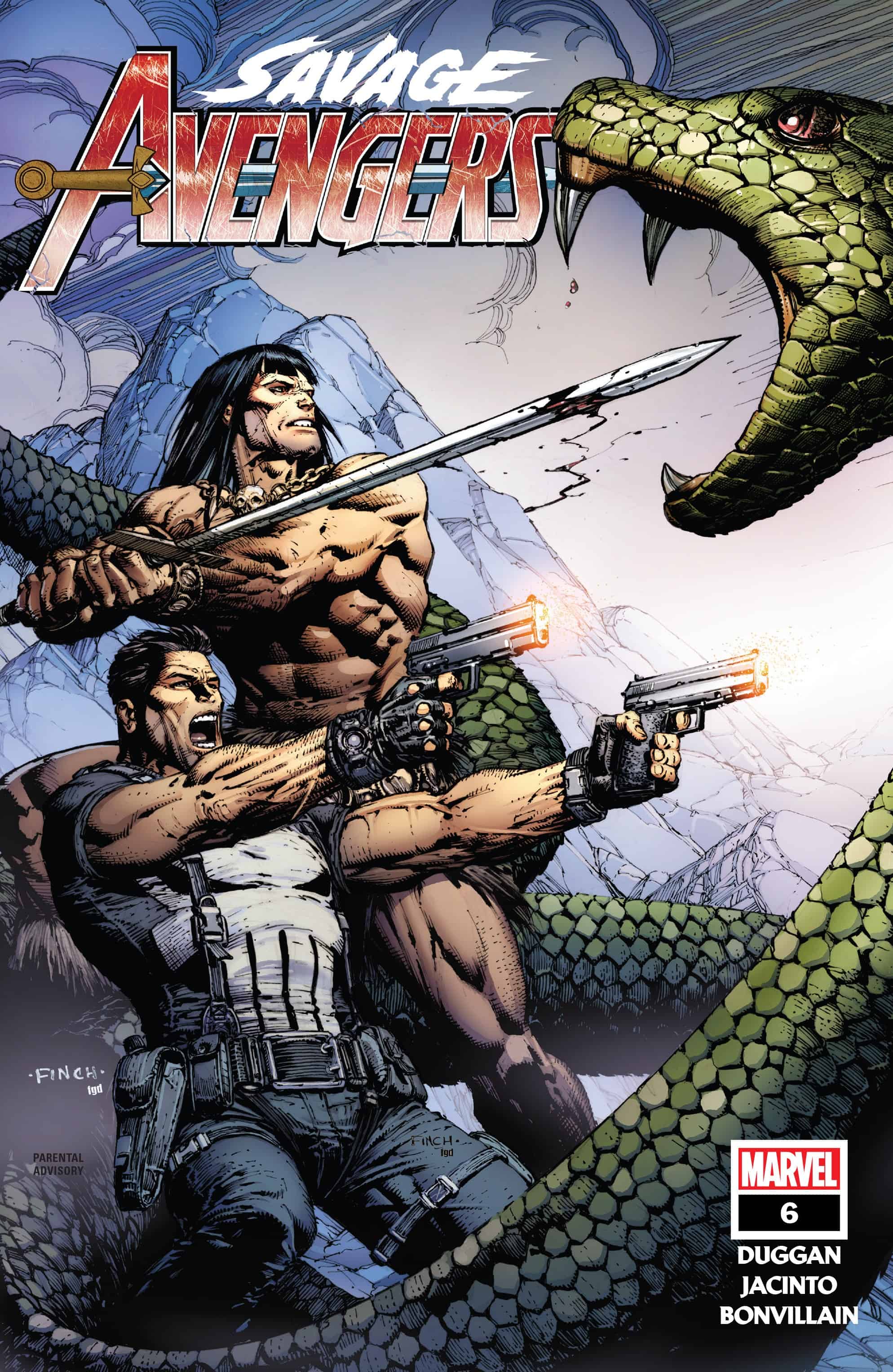 Conan & The Punisher attempt to walk out of the Savage Land hauling the caskets of Frank’s family...through Antarctica. Frank Castle never was much of a religious man...but now he’s firmly “Crom-curious”... Watch out for the last page, it’s a doozy.

Savage Avengers #6 is the first issue in the surprise hit series that features artwork from Kim Jacinto after the departure of Mike Deodato Jr. So, does it continue the hype or was the Duggan and Deodato Jr. chemistry at the heart of this series’ success? 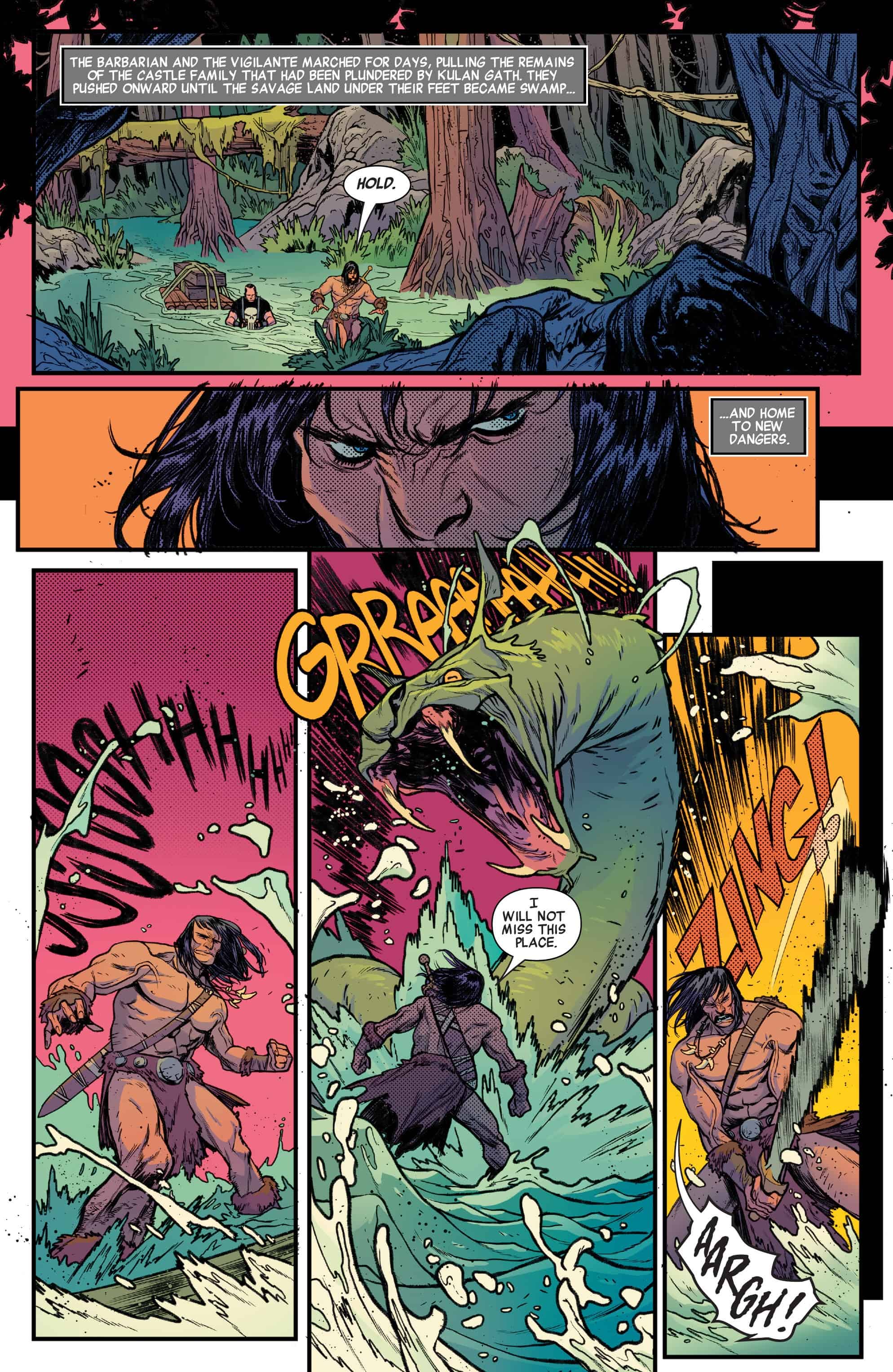 Fans will be very happy to see that this series remains an absolute blast to read as we kick off this new arc following the fight against Kulan Gath and Jhoatun Lau, the Marrow God. Although Deodato Jr.’s art is certainly irreplaceable, Kim Jacinto and Tamra Bonvillain bring a truly enjoyable aesthetic that takes the series in a vibrant new direction. It isn’t trying to do what Deodato Jr. accomplished, but it captures the brutal essence of what makes this series so fun.

As we follow the budding friendship of Conan and the Punisher during their march out of the Savage Land, the dangers keep pouring in, forcing even more bloodshed. The beasts seem to never leave the two alone, making their trek more thrilling than boring. Although the entire issue is essentially just Conan and the Punisher walking through the Savage Land, it still manages to establish an enjoyable pace that keeps you engaged until the shocking cliffhanger at the end.

While I won’t spoil who exactly shows up at the end, it is definitely a game changer for the series and will undoubtedly introduce long-lasting consequences. Fans are going to be excited, but also a bit wary to see how it impacts the team dynamics found in the series so far…

Savage Avengers #6 continues the violent series that just keeps getting more popular with an exciting action-packed story full of dinosaurs and other monsters, but it also explores an interesting friendship founded on pure savagery. With new and vivid visuals driving this continuation, the series proves that it still knows how to have a great time and give fans everything they hope for. This isn’t the most important issue to date, but as we transition into a new arc it succeeds where it needs to most, delivering a reading experience that ultimately feels worthwhile.

Savage Avengers #6 continues the violent series that just keeps getting more popular with an exciting action-packed story full of dinosaurs and other monsters, but it also explores an interesting friendship founded on pure savagery.

Savage Avengers #6: Blood Will Bring More of Them