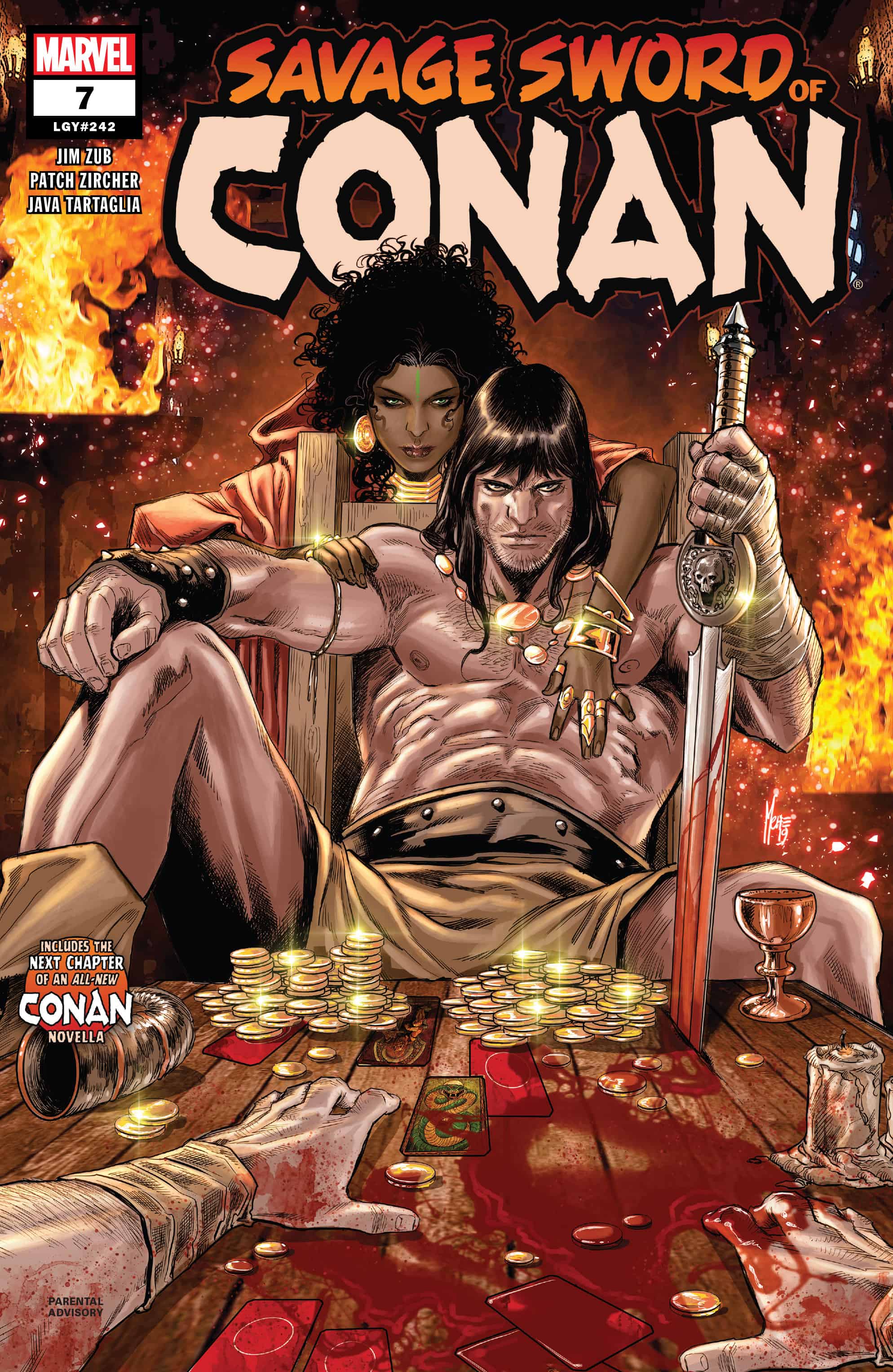 The seventh issue of Savage Sword launches a new arc in which Conan finds himself drawn into the seedy underbelly of Shadizar the Wicked (a city renowned for it's seedy underbelly) in a high stakes... card game commercial. Yes, you too can take part in this merchandising opportunit- comic book about Conan! 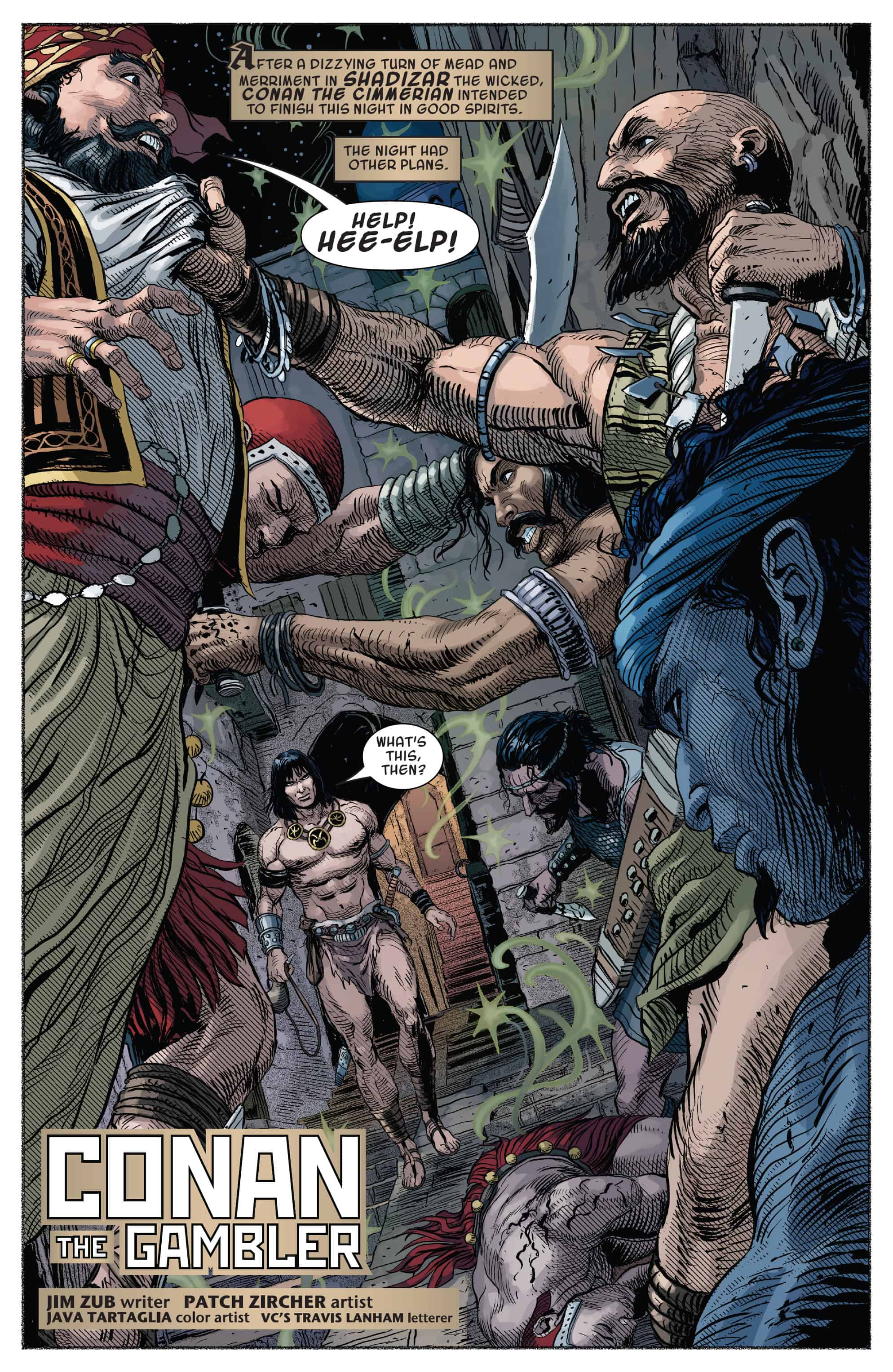 Joking aside, the concept of attempting to introduce a card game through a book is a novel one and could pay off for Marvel. Granted that isn’t the only point of the issue and if it were i would be much harsher, although sections of the book taken to explain the rules of the card game (to a room full of folks who are supposedly seasoned players, and one Cimmerian bodyguard) I could maybe do without, although they are presented relatively organically. 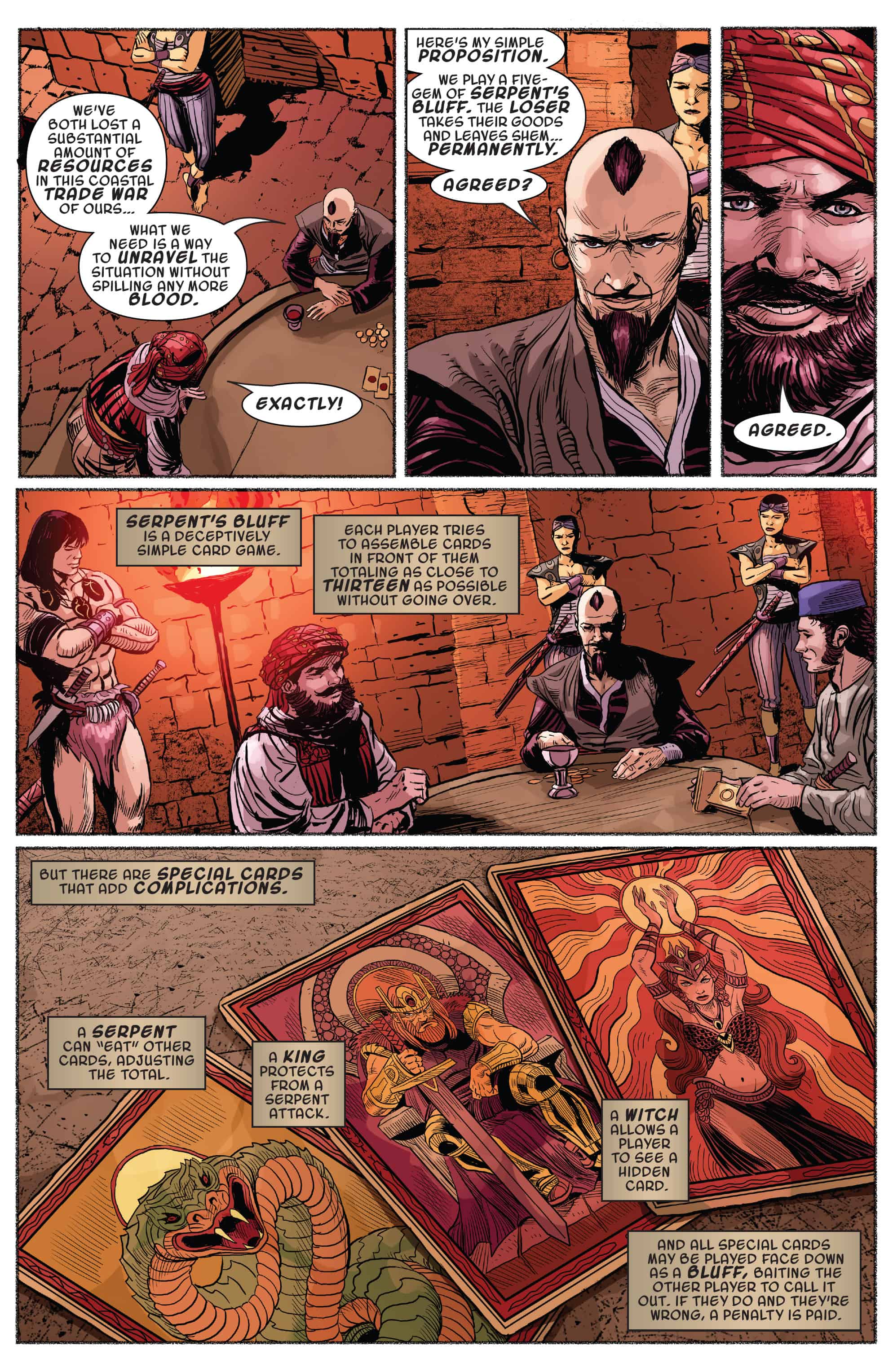 Otherwise this issue by Jim Zub is undoubtedly one of the if not THE best Conan issue we’ve gotten since the Marvel relaunch and features all of the things that make Conan great. Conan isn’t too chatty, starving for companionship or fighting his new archnemesis who was introduced 2 issues back. Conan fights some bad guys and ends up picking up a little freelance bodyguard work. Total Conan move amirite?! Joking.

I like the casino setting and can’t recall a gambling den this size in any Conan I’ve read, Conan’s interest is perfectly reserved and he doesn’t scream “Crom!” like that’s the only word he knows and wants everyone in a three block radius to know it too. The casino felt vibrant and alive and despite the unbelievably obvious Chekhov’s Gun of the Debtor’s Pit I’m really looking forward to seeing more of it. The fate of Conan’s companion and the subsequent drafting of the Cimmerian into the card game does feel a bit convenient but in a 3 issue arc quick turnabout is to be expected. 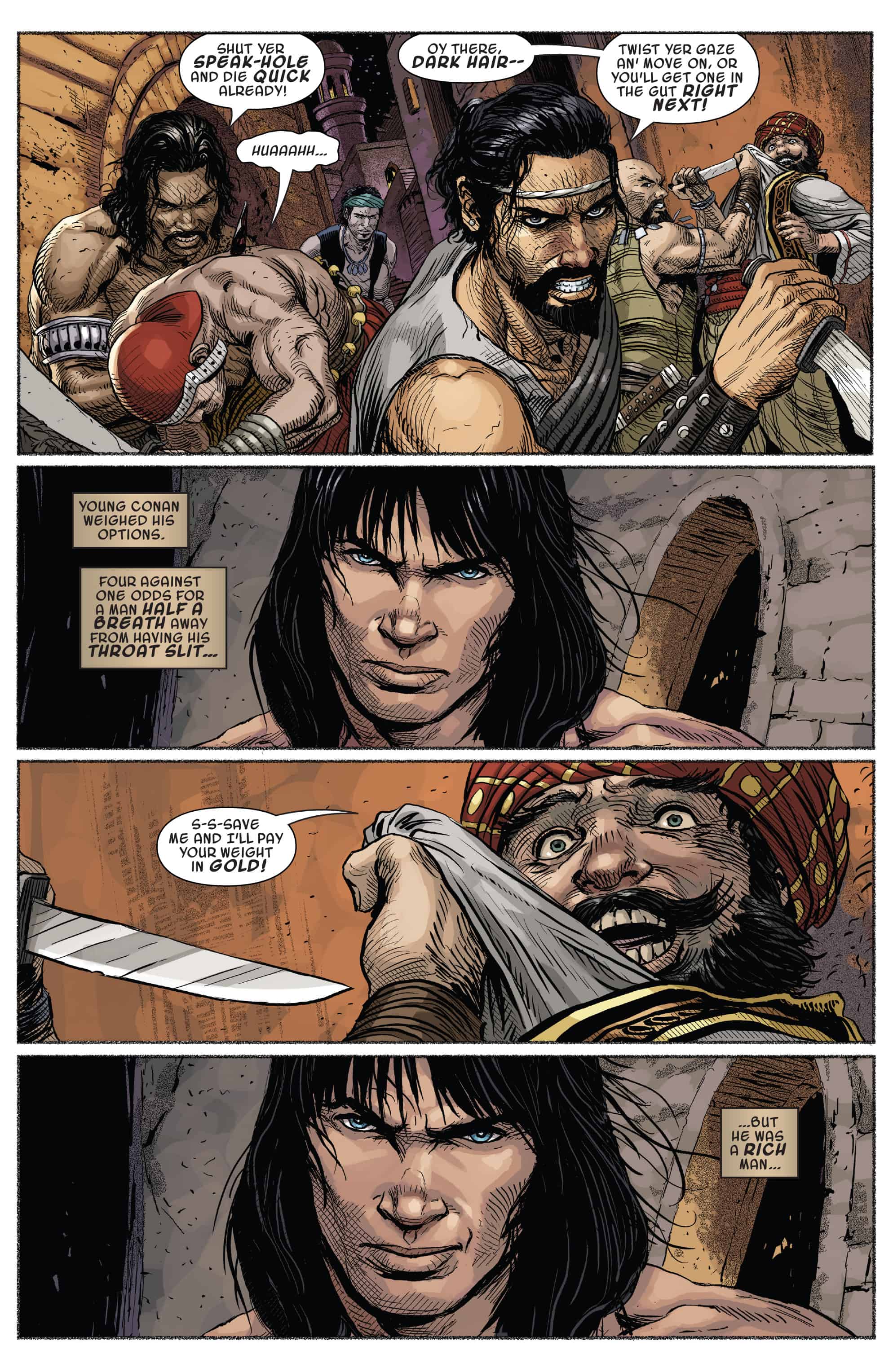 The progression between panels 2 and 4 is really skillful and nuanced.

The art by Patrick Zircher is really strong for the most part and again some of the best art on the few Conan series so far. I will say I’ve been reading a lot of his Action Comics issues, and his 2012 Shadowman series, and he does have a tendency to draw a lot of faces very similarly and now that I’ve noticed it I can’t unsee it. Otherwise the art looks awesome with tons of detail and some obvious care for his first Marvel interiors assignment since leaving DC Comics last November.

A solid start to what promises to be a good arc.