Second Coming #1: Things Will Be Different the Second Time Around 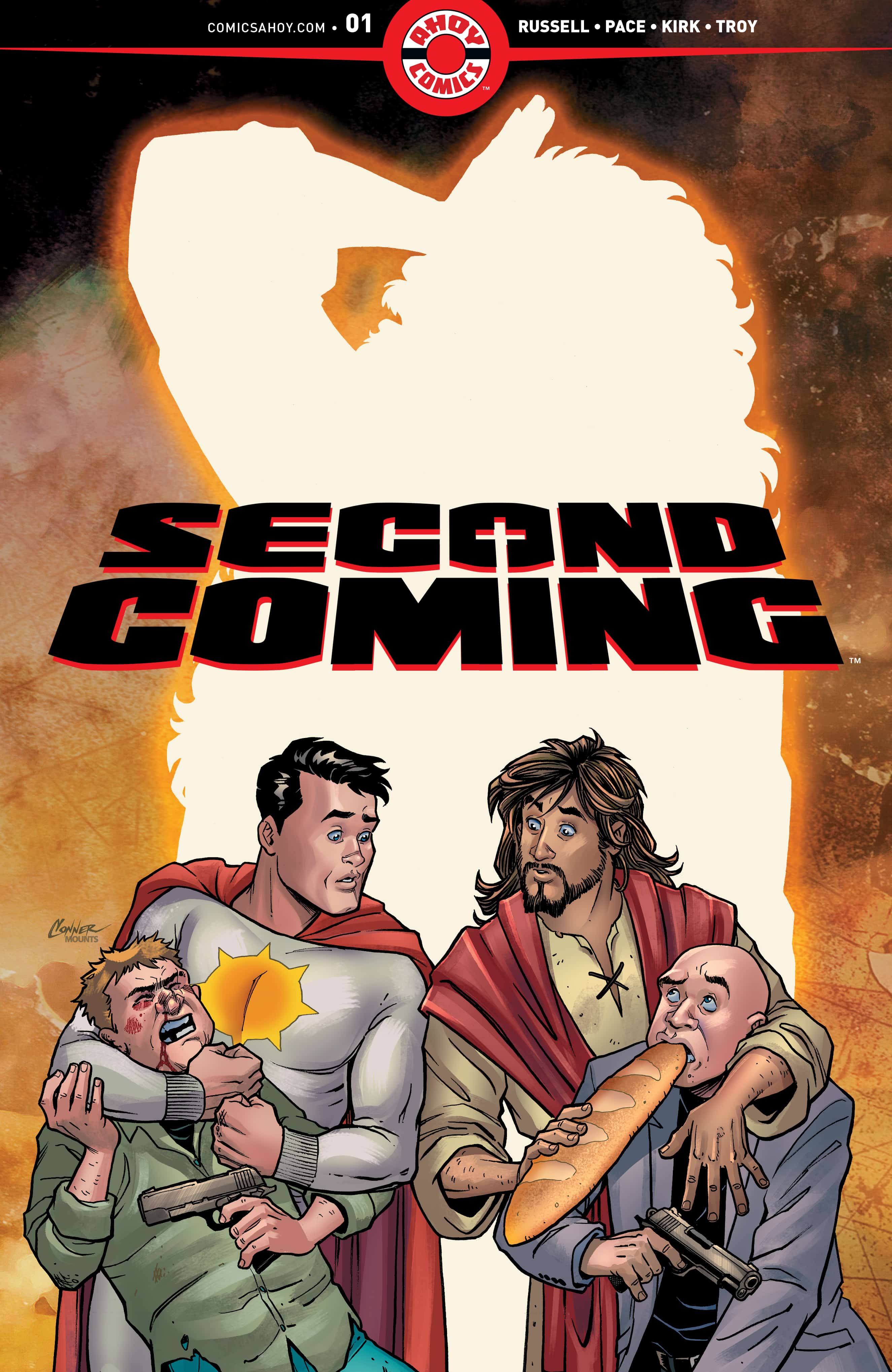 The long-awaited debut of Second Coming has arrived. In this story, author Mark Russell gives his interpretation on the life and mission of Jesus Christ. In the beginning, we see the Biblical seeds of human suffering as witnessed by an arrogant and impatient God, leading to Christ's decision to take a stab at living in the world his father created. 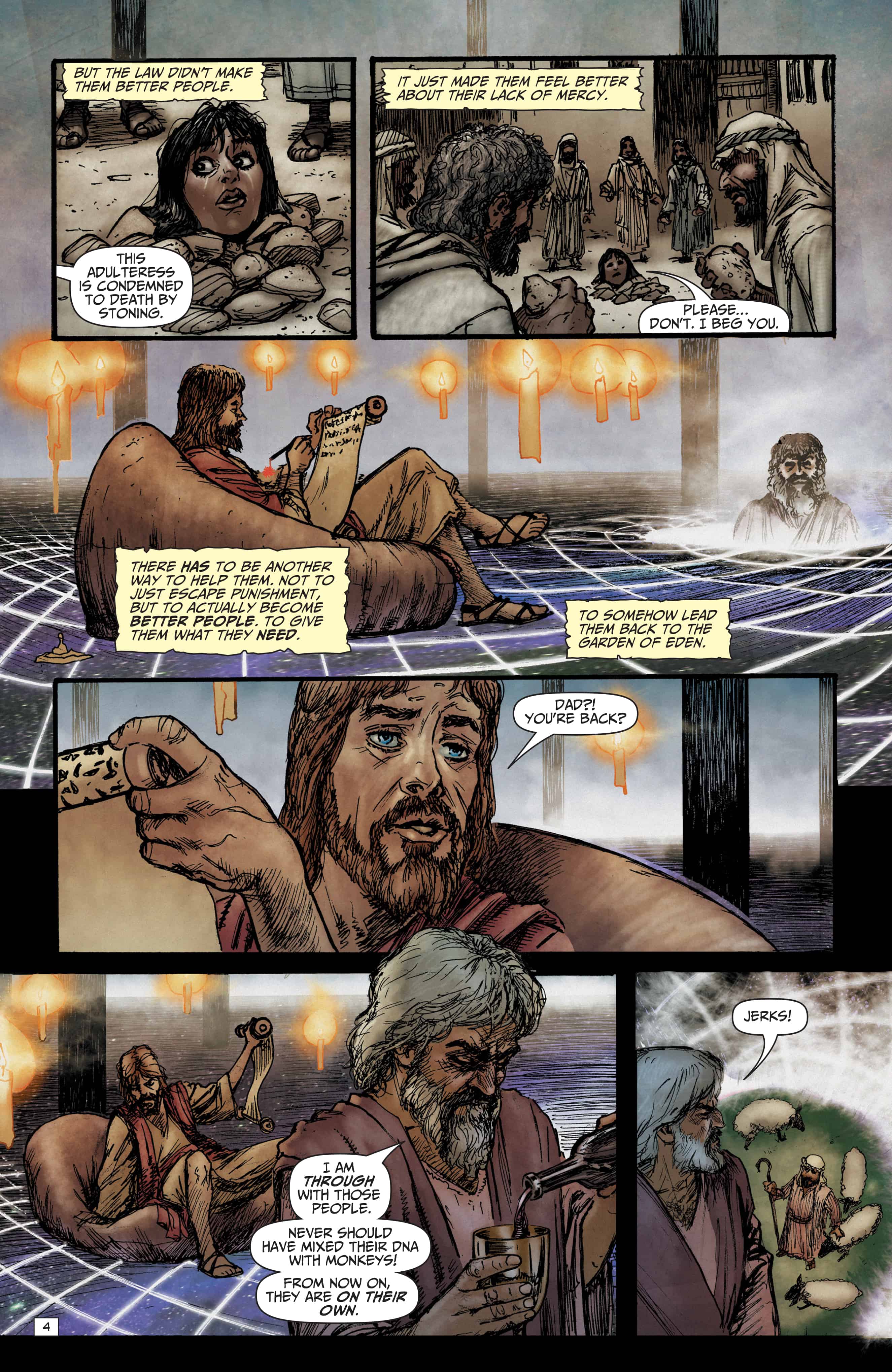 Of course, we know the story of how that first trip ended for Christ, a point which God was noticeably displeased with, setting off the premise for the book. 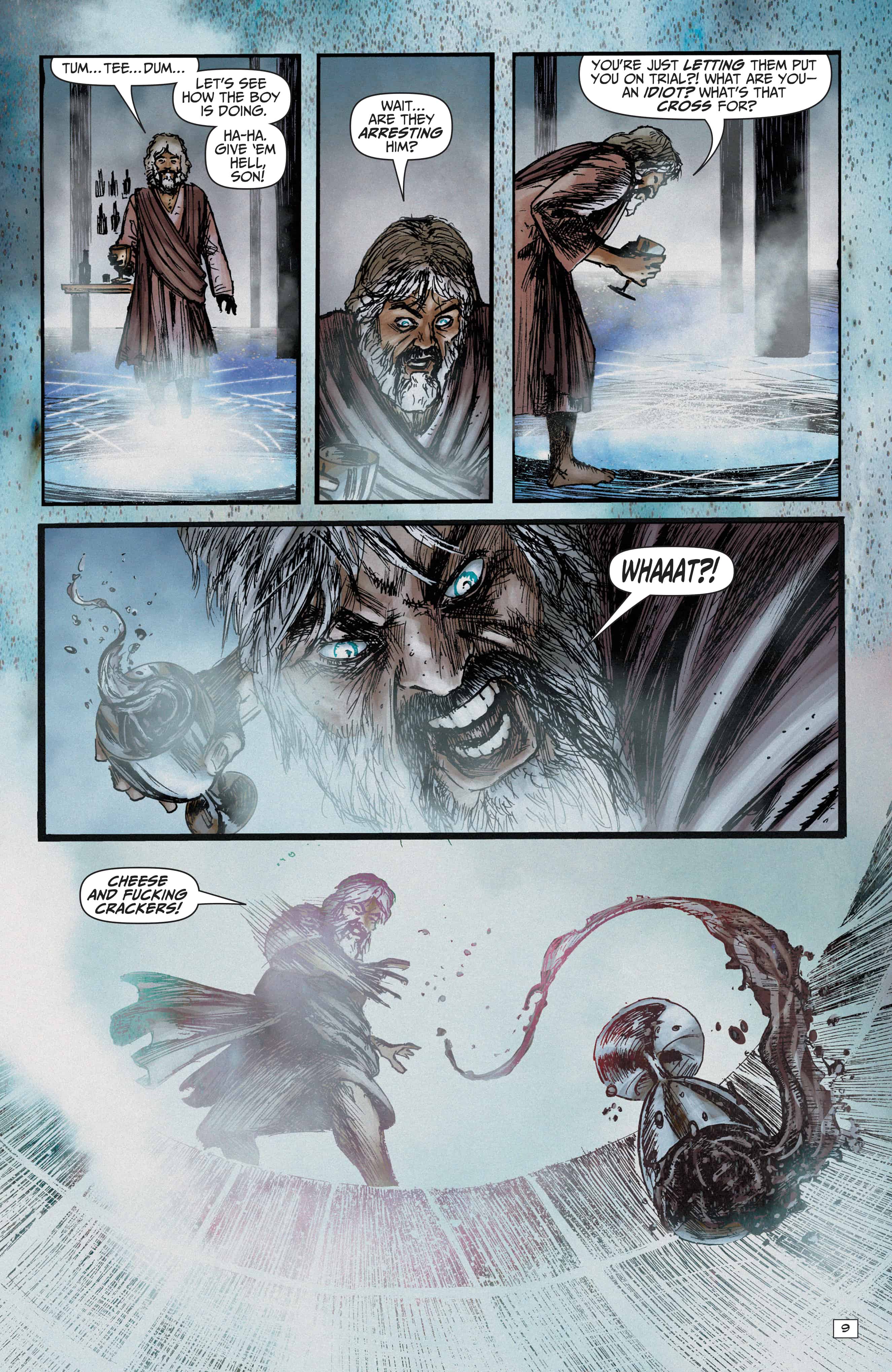 God sees Christ as weak, a product of having his father "not be around much" when he was young. Upon observing the alien superhero, Sunstar, God decides its time for Christ to have a role model on Earth to toughen him up and sets up a roommate situation between Jesus and Sunstar. It becomes quickly apparent, though, that this Perfect Strangers premise promises equal learning by both parties. 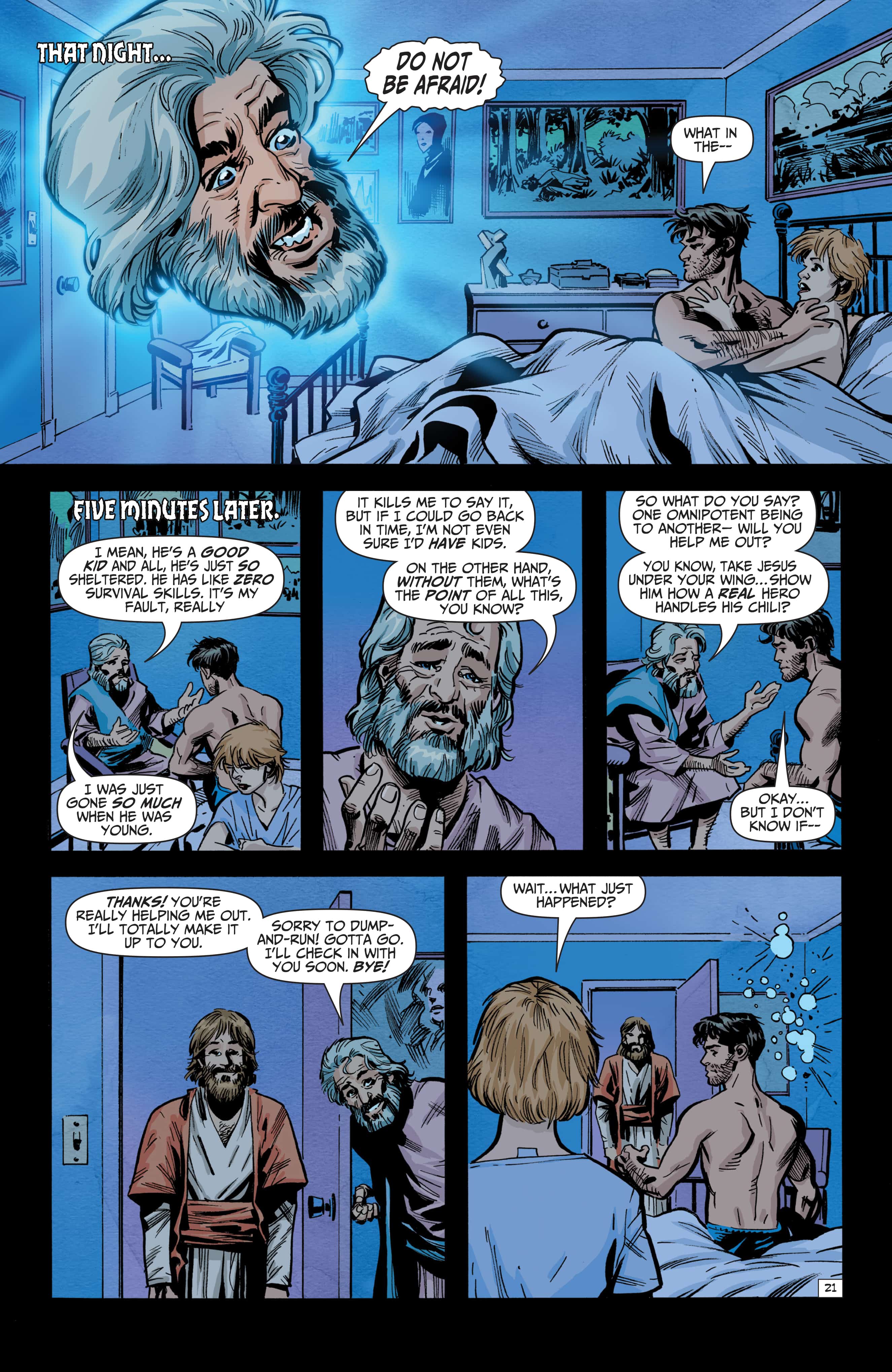 Second Coming starts out of the gates as an interesting critique on the world we live in as we watch Christ explore the root of pain and suffering rather than the effects. Simultaneously this text appears to be both pro-Christianity and anti-Christian as Russell and Pace delve deep into the interpretation of Christ’s time on Earth and how that differs from the popular view. At no point does this text claim that Christ “died for our sins” but rather that his thirty-three years on Earth were something of a learning experience into what it is to be human before attempting to find solutions to the problems– ways to heal. Unfortunately, God’s reaction to his untimely death prevents Christ from returning to apply what he learned. There is just enough wiggle room in this vision to potentially inflame both Christians and non-Christians alike.

Coming into this issue, I expected parody or perhaps satire, but I don’t think either category quite fits here. The over-the-top Bro-God perhaps could fit but even this interpretation seems to fit on the larger stage of highlighting the differences between God and Christ in the creators’ vision. A deeper theological dive into the source text versus the interpretation may shake the foundation of this vision, but neither I nor Russell claim to be theologians– only readers. And as a beloved former professor of mine once said, there are no wrong readings. Readings are personal, intertextual things dependent entirely on the individual consumer, and it is on those grounds that I grant some leeway here to the creators to share their reading with the world.

On the artistic front, I found it noteworthy to mention that the sequences from the present were, stylistically, much cleaner than the ones from the past. 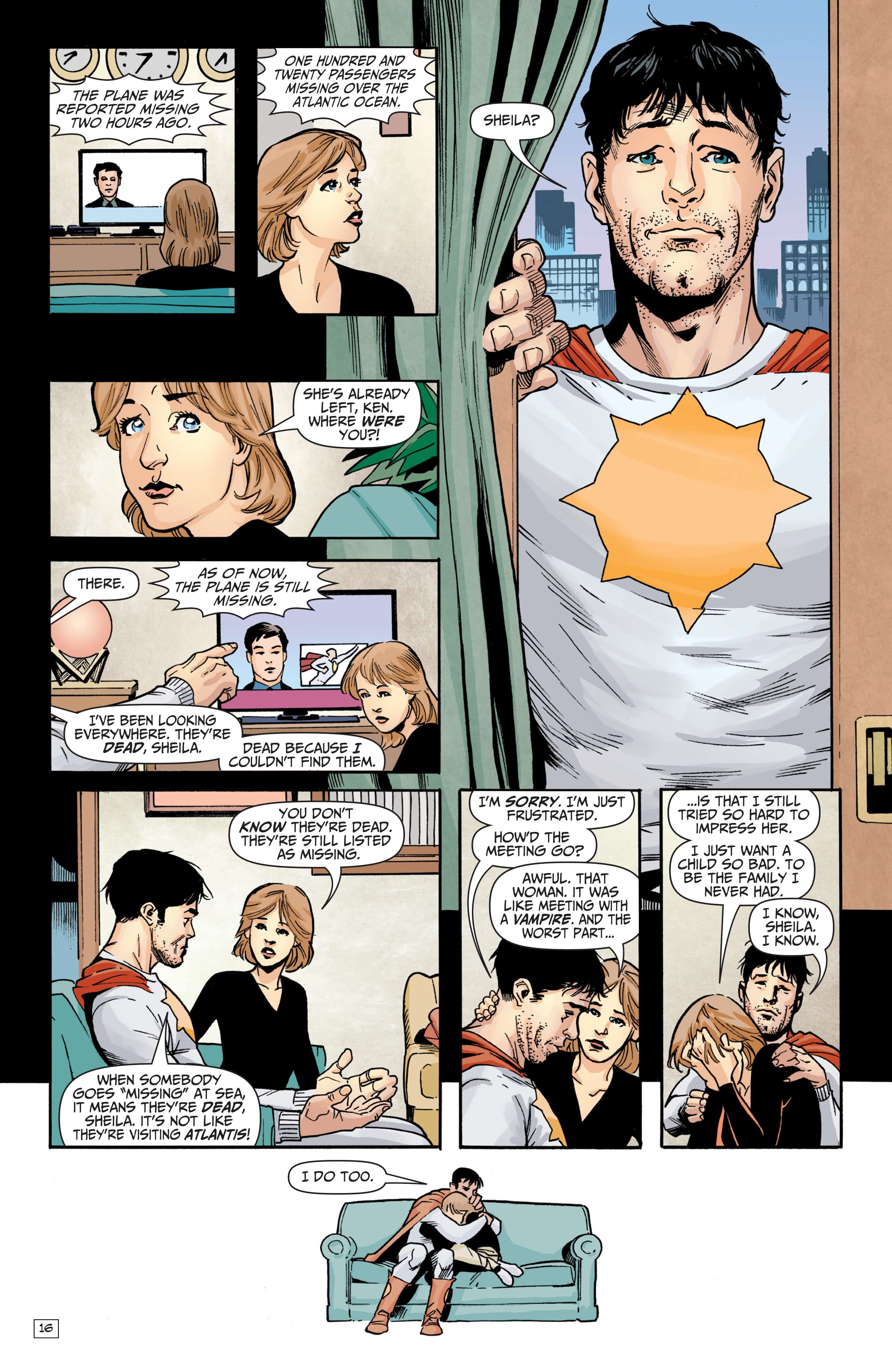 There seems to be a conscious effort to make this stylistic distinction, likely indicating some type of differentiation in ideology or execution between the two settings, although the sample size is too small at this point to do anything but speculate on the meaning of the pattern. Something to look out for in future issues of the series, which I look forward to dissecting. Overall, a well executed first issue but still very much a first issue, dominantly setup for what is to come in the rest of the series.

Second Coming has arrived thanks to its new home at AHOY and is sure to be a contentious series. I recommend reading it for yourself and forming your own opinions.

Second Coming #1: Things Will Be Different the Second Time Around