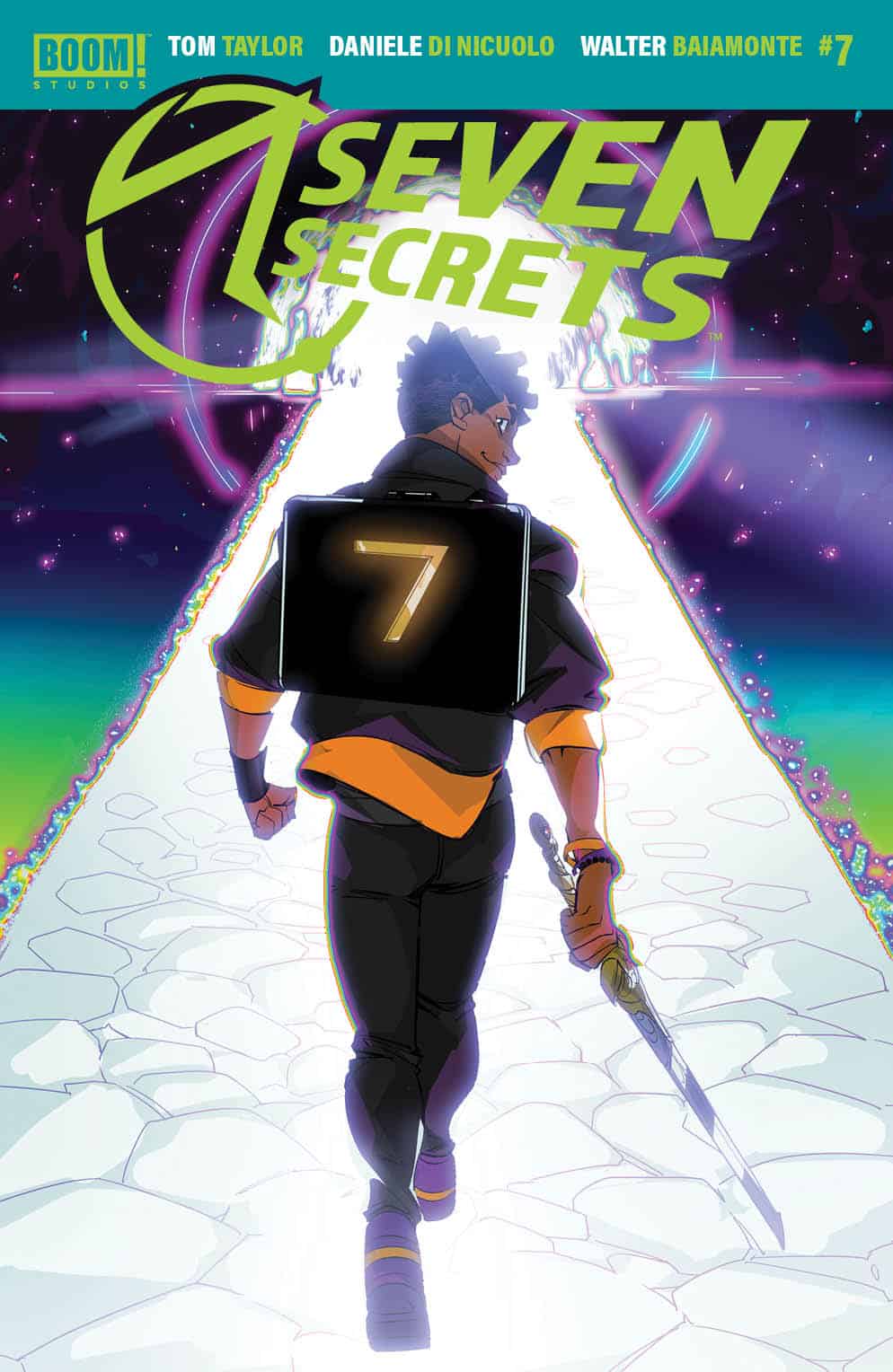 Following the battle and crushing losses during the battle at the Swiss fortress, the holders and keepers opened the case of the 3rd Secret to flee. But where does this mysterious portal lead exactly and what does it have to do with Casper's childhood?

Seven Secrets is a series that has been somewhat baffling in a truly delightful way. When it first launched, I compared it to Saga in the way that the narrative feels similarly circular in construction. We know early on that Casper, our narrator and central protagonist, feels awkward telling this story because he isn’t there to see it end, an incredibly interesting narrative trick that simultaneously turns Casper into an unreliable narrator and also instills a sense of defensiveness in the reader toward Casper. We don’t want to see Casper get hurt although we know that he will eventually. When Casper wanders from the path at the end of issue #6, there is a legitimate sense of dread.

Taylor and Di Nicuolo manage to spin that dread into an incredibly anxiety-riddled as we follow Casper through several potentially near death experiences as he encounters faeries. Yes, that’s what I said. Our favorite culty, illuminati spy/thriller just introduced the faerie realm as the 3rd Secret. And just like that, I realized I’ve been reading the series all wrong. Every time I attempt to place any sort of expectations on this book, it comes along and shatters them in new and imaginative ways that I was not expecting. It’s just that sort of book that is an experience unto itself. From the vibrant and warm colors to the uniqueness of Nicuolo’s art work; from Taylor’s always sharp dialogue to Dukeshire’s variety of fonts of effects, Seven Secrets continues to be one of the strongest books in BOOM!’s rapidly growing stable of excellent creator-owned projects. Check this book out if you haven’t already.