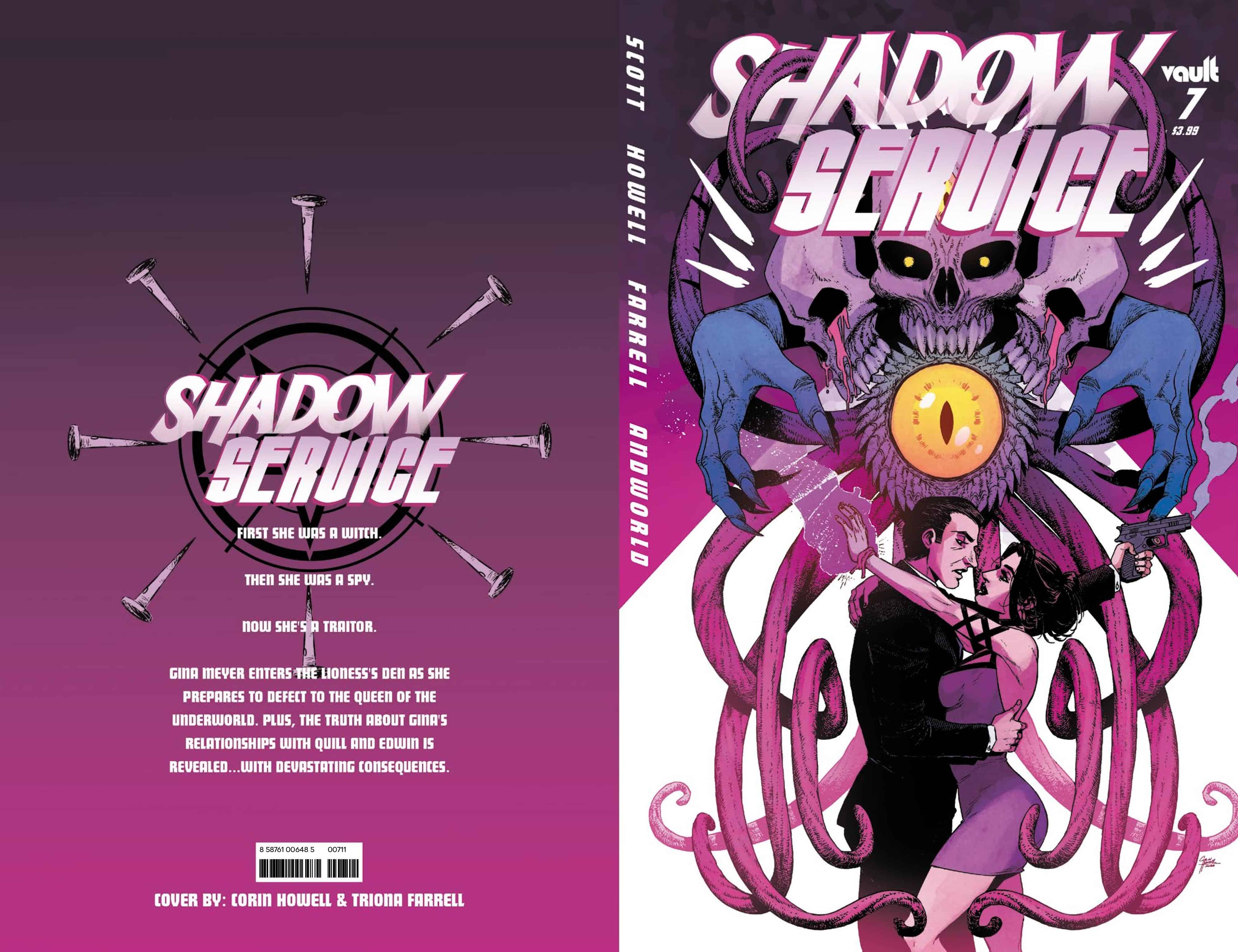 Gina and Quill have escaped from MI-666 but have they jumped out of the frying pan and into the fires of Hell? Gina remembers the past and finds out that you really can't trust anyone in this world of magic as they come face to face with Lady Yastrick...

Cavan Scott and the team switch the focus back to Gina and Quill after last issues interlude and insight into Wraith One’s history. We get a much better  understanding of Gina’s motivation into why she betrayed MI-666 to save Quill and escape. We learn how Gina met Edwin the rat as well as Quill in a painful look into Gina’s past that involves some serious instinctive necromancy before jumping back to the here and now in Italy as Gina and Quill are taken to meet the mysterious lady Yastrick after having shaken off MI-666. 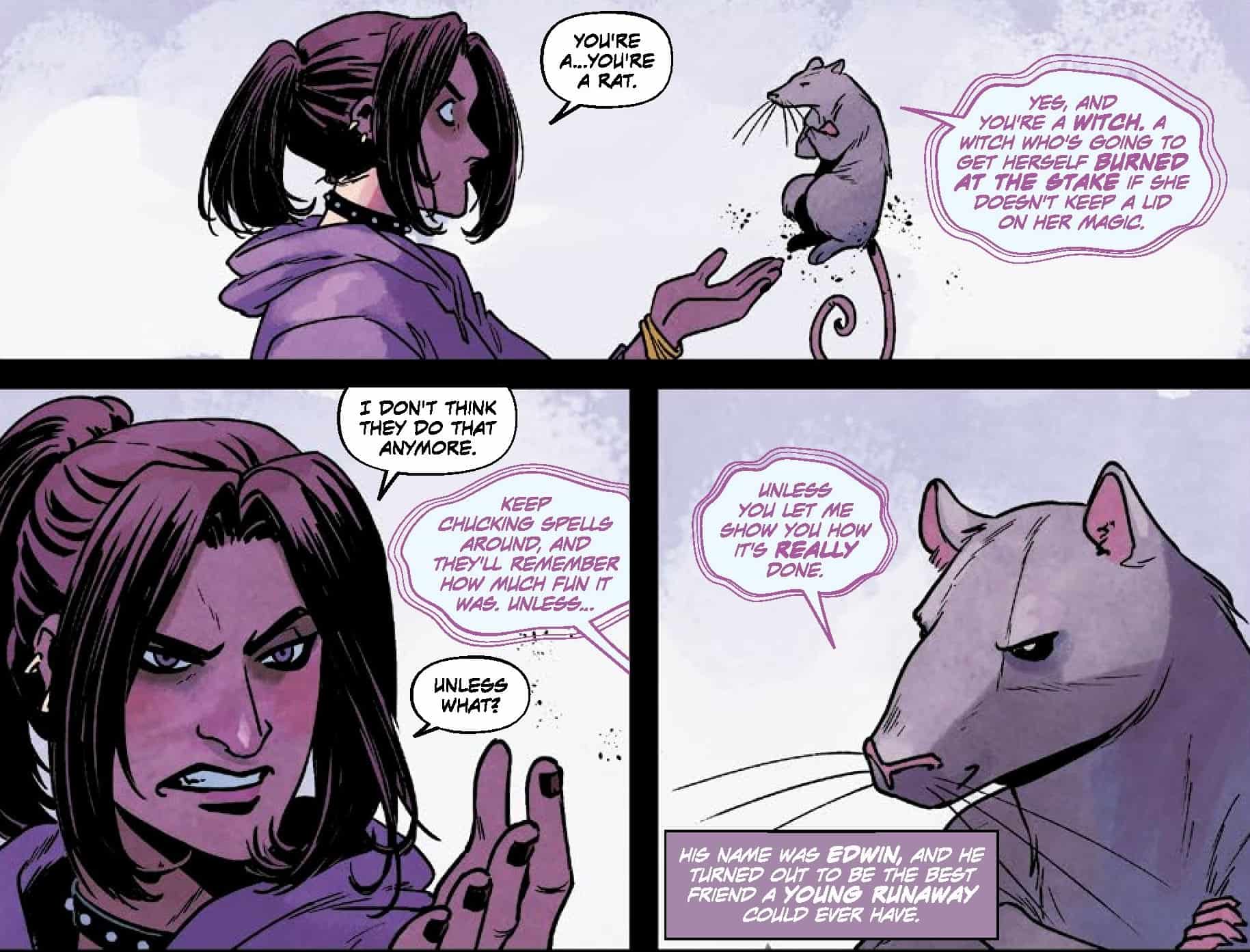 What I really enjoy about the book is how Scott keeps you off balance with the cast. Aside from Gina who is the focus through which the story is being told and at this point is really swept away by circumstances around her Scott builds up the characters around Gina in complex ways. Edwin the rat is a very good example of this. Edwin thus far has been a sympathetic character for me especially after how he was treated by Hex in the last issue. Scott expands on this by showing us his history with Gina and how Edwin was a sort of mentor to Gina as a young teenage girl but then completely flips things on their ear with the cliffhanger at the end. Quill is the same, it’s not clear where his loyalties lie but he does seem to care for Gina although his own private motivations for revenge end up putting him and Gina in a very precarious position by the the end of the issue. 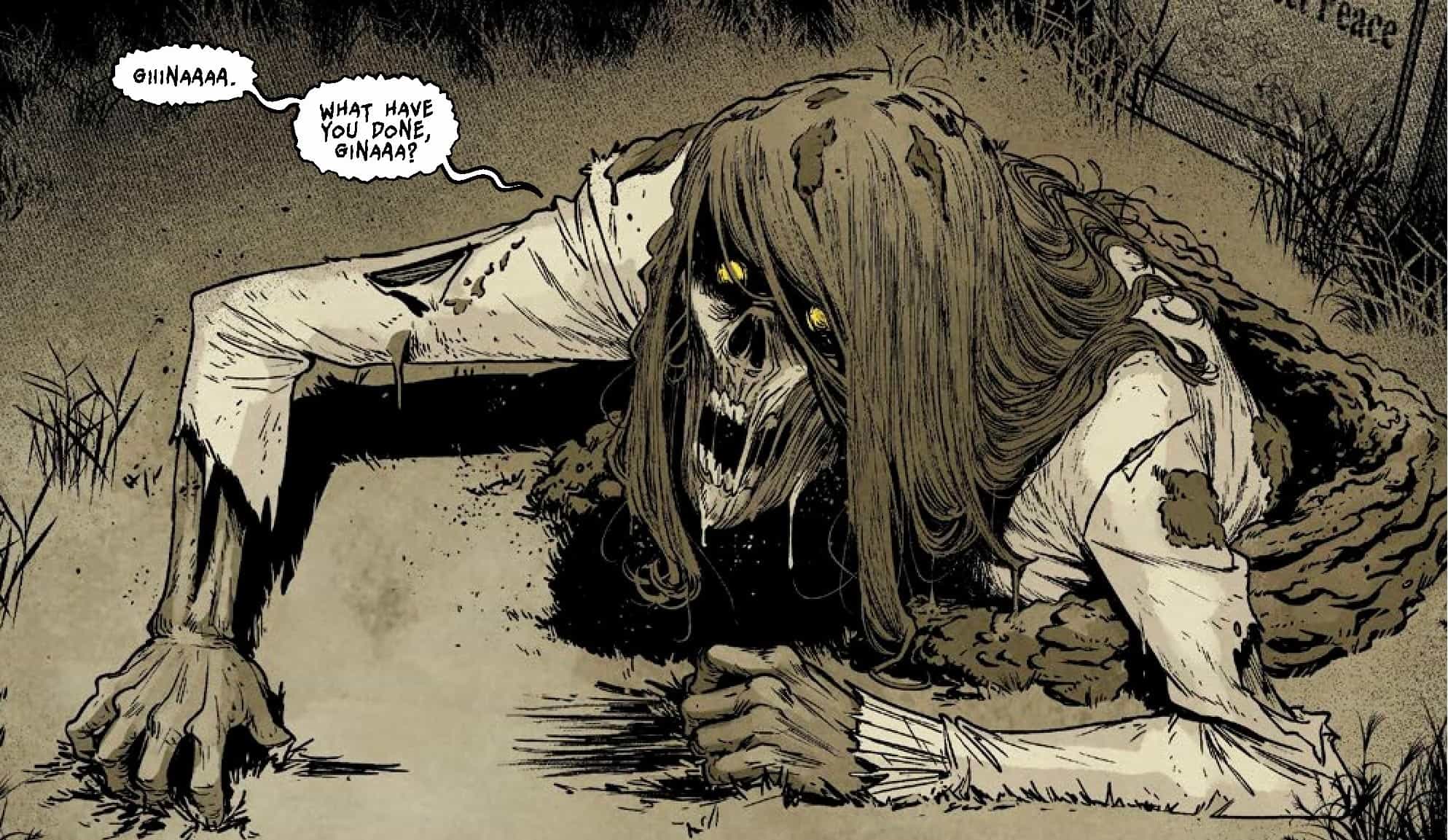 This is a strong chapter from the entire art team. Howell’s line art is solid and we get another brilliant monster design in the form of a telephone “bug”, a fantastically haunting graveyard scene with the undead as well as a full view of the Demonic world through Gina’s eyes thanks to some magic contact lenses. I love Howell’s sharp edged Demon designs especially the reveal at the end on Lady Yastrick.

Colorist Triona Farrell brings back the purple theme that lets you know the story is back to being told from Gina’s point of view and the switch to predominantly dark oranges and reds when Quill and Gina are in the club adds to the otherworldly feel of seeing the world of demons behind the enchanted veneer. Andworld designs lettering and use of different shaped lettering boxes for “voice” accents with various characters is great and something that helps add individuality. I also want to note  the overall design of this comic from cover, credits page and back cover is always exceptionally stylish and awesome from a branding perspective.

SHADOW SERVICE #7 is a well balanced chapter that expands on several main characters history together but also moves the plot forward in the present, highlighted by excellent art on all fronts from the entire creative team with Howell's monster designs being true highlight