Shadow Service #9: What Could Be So Monstrous That it Terrifies a Hell Lord? 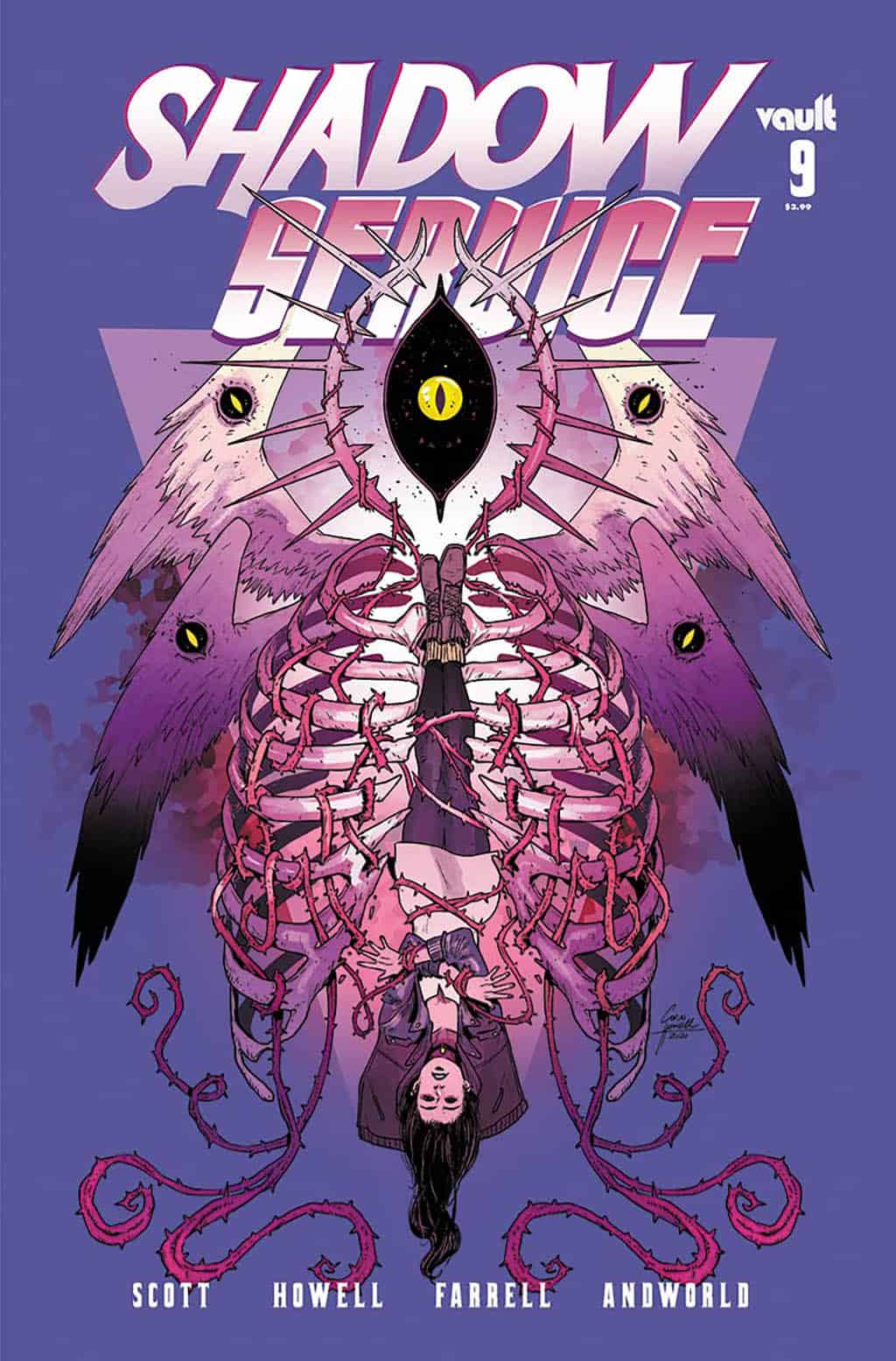 After a quick flashback, this issue starts moving and never stops. We have action, intrigue, and demon possession. MI666 makes their move to save Gina and Quill from Lady Yastrik. Gina does her best to stay alive while the Hell Queen probes Gina’s mind to learn her secrets.  Edwin redeems himself. But has all this effort been for nothing. There’s been a bigger game happening. The end game is targeted at London, and the clock is ticking.

We’ve known for a while that Gina is more than a normal witch. This issue we take one step closer to discovering the truth as Lady Yastrik pushes into Gina’s blood searching for the secret to Gina’s powers.

The story works with some big themes: family and dedication.  Gina’s little family unit (herself, Edwin and Quill) are put to the test. Is Hex’s dedication to the mission more important than his team?  How far will Gina go to learn what Lady Yastrik has planned?

At this point in the series, everyone has a distinct voice. One of the positives for Shadow Service is how well each of the characters is defined. From Hex’s I’m-better-than-you to Gina’s everyday-girl dialogue, we know who is who.  The plot is tight with non-stop action and a great cliff-hanger.

Corin’s illustration style is that perfect blend of realistic and cartoon. Character proportions and the world they live in conform very closely to reality.  Facial expressions (which are exceptional) have an animated edge to them.  It’s spot on for this series.  The colors work with the line work to create  a really nice package.

The page layouts are all that you’d expect from a modern comic (full page, multi-panel, double-page spreads). The possession of Quill uses the sequential panels masterfully. 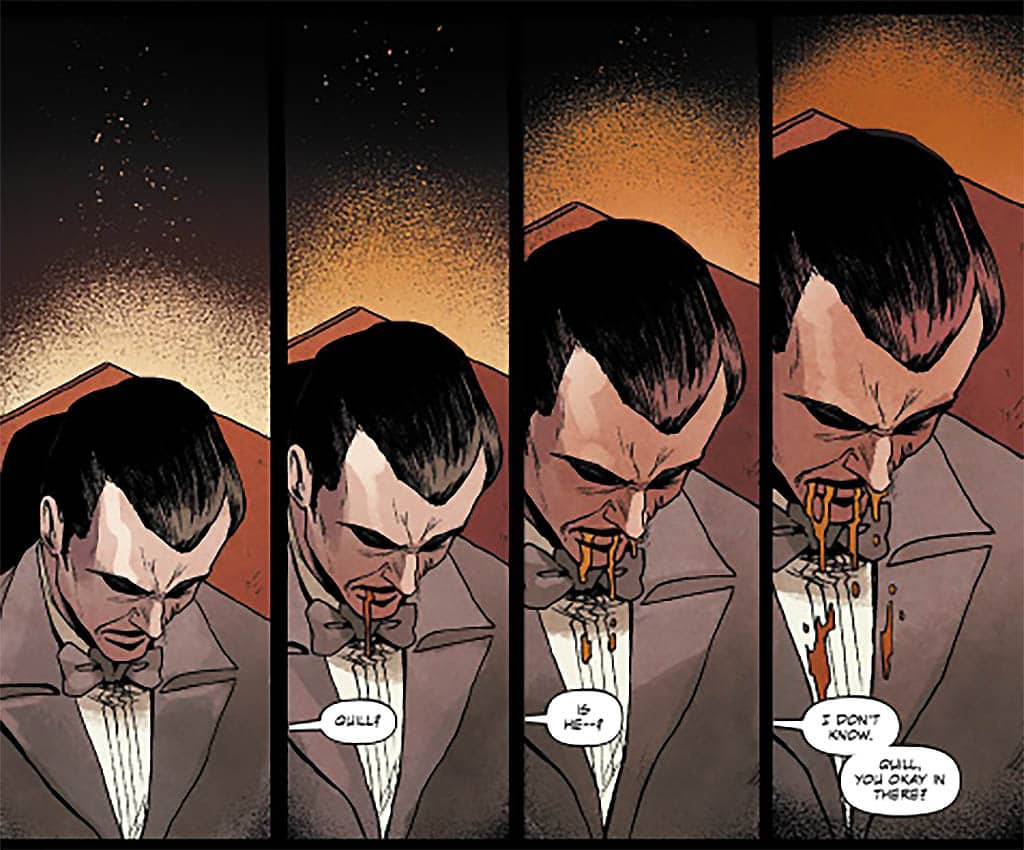 We get a flashback deep-dive into the history of Hex. The angels and demons have been fighting for a long time. There’s rules to magic. Secret agents with “silver-coated, ward-piercing shells”. The world of Shadow Service is complete and immersive. If you have a general knowledge of Christian mythology and magic, you’ll understand the mechanics to this universe.

“Here you are playing secret agents just like we wanted. And all this time, a bomb is ticking back home. A bomb that will unleash hell-on-earth right in the center of London,” Lady Yastrik.

If you are a fan of any of these series, check out Shadow Service. It will fit right into your collection with a mixture of spy craft, horror, and adventure.

The Vault Comics website is slim on more Shadow Service content. To get more, check out the reviews here on Comic Watch.

My only nit-pick is the issue could use a recap page that focuses on the important plot points from previous issues. To enjoy Shadow Service #9, you’ll need a quick refresher on what’s happened up to this point.

I'm hooked.  Whenever the big bad is spooked by our hero, you know big things are going to happen.

Shadow Service #9: What Could Be So Monstrous That it Terrifies a Hell Lord?