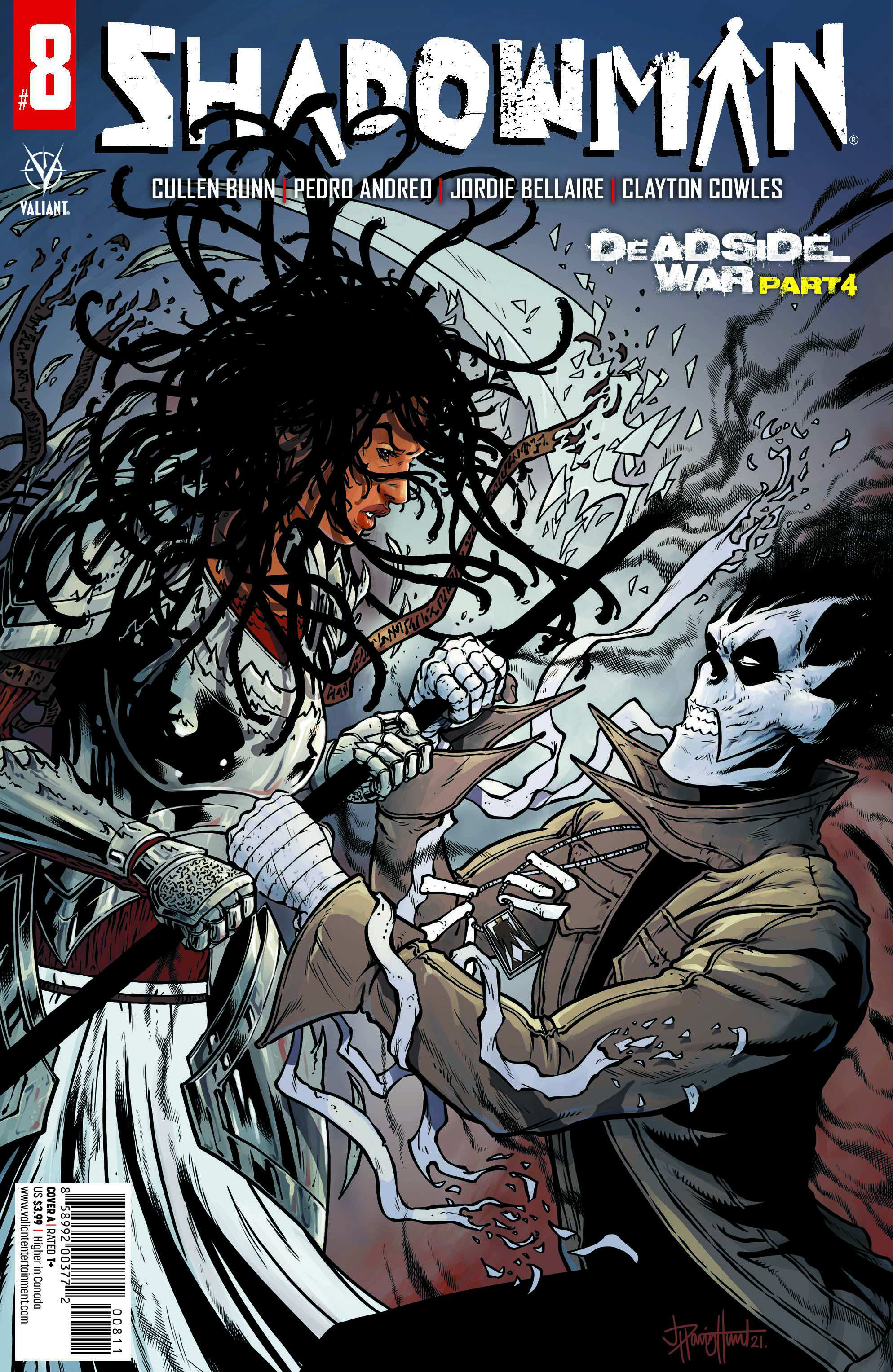 Shadowman - with the assistance of Punk Mambo and the Abettors- fight to stop the Deadside as the blights get closer to covering all of Earth. Valiant's mightiest heroes are caught up in her wake. Can Shadowman exorcise the Deadside back to its dimension or will the blights change the landscape of the Valiant Universe forever?

Here it is! The big finale of “The Deadside War,” and man does it go out with a bang. A bang that changes the whole Valiant Universe. I don’t want to spoil too much, so I won’t get into details, but trust me you do not want to miss this issue. This issue leads straight into Bunn’s next amazing series, Book of Shadows. Bunn has such a way of mixing horror and heroes, and I’m so glad he is continuing the story. This issue has just the right balance of final action and dialogue. We get some amazing scenes. It also shows some new sides of Jack, more seasoned in the magic world. After years of Shadowman being “new” he finally has found his way, and I couldn’t be happier. 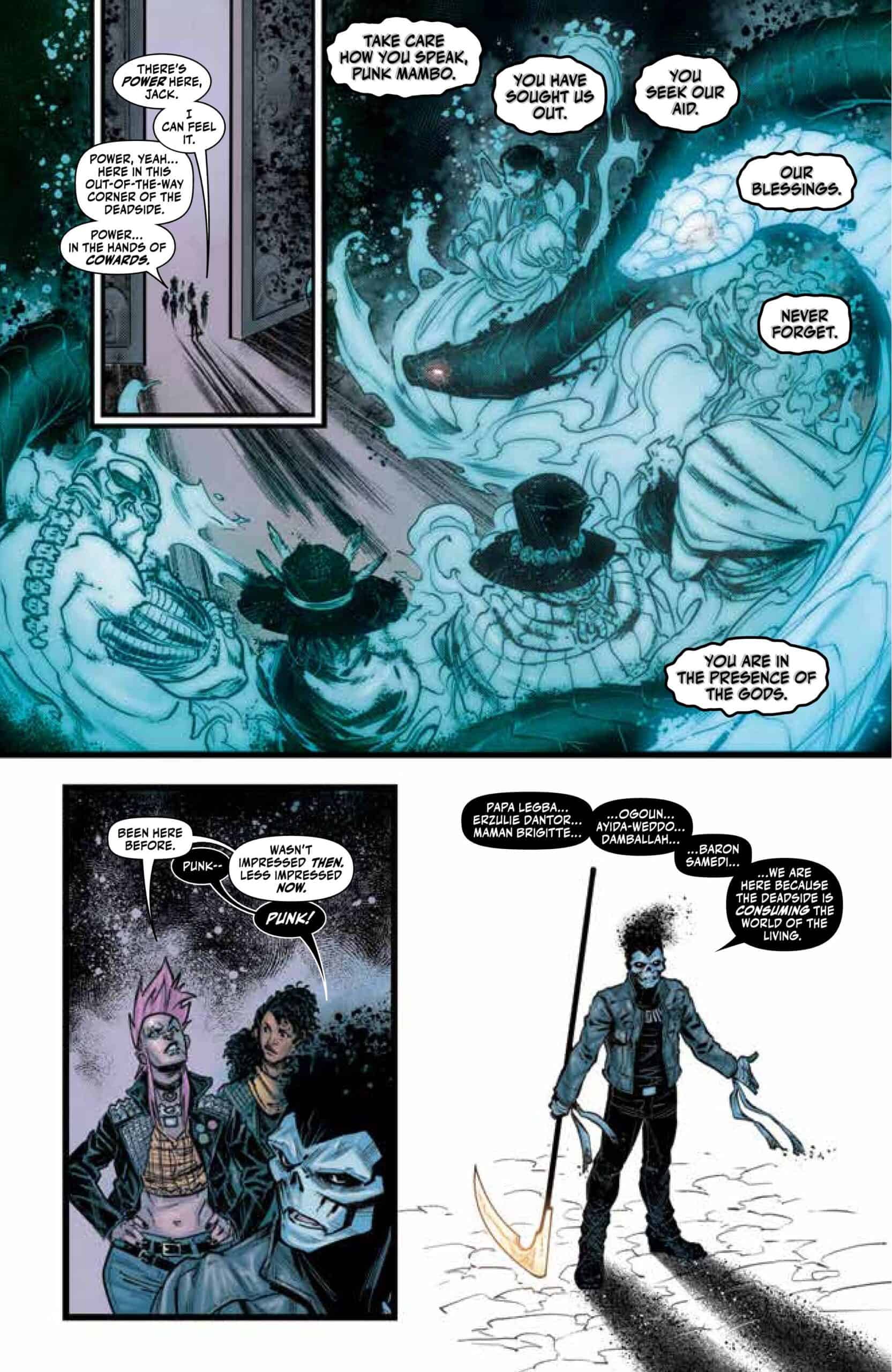 The art in this issue is also astounding, as always. Pedro is really meant for series like this, as he has such a way with designs, not only of the world itself, but the characters. Without spoiling too much, some characters get some new looks in this issue and I can’t believe how amazing they are. I hope they return at some point! I’m not going to lie, I’m a little disappointed that Pedro will not be doing the art in Book of Shadows. I’m sure the new artist will be amazing, but Pedro made a fan out of me, and I plan to be following whatever he does next. 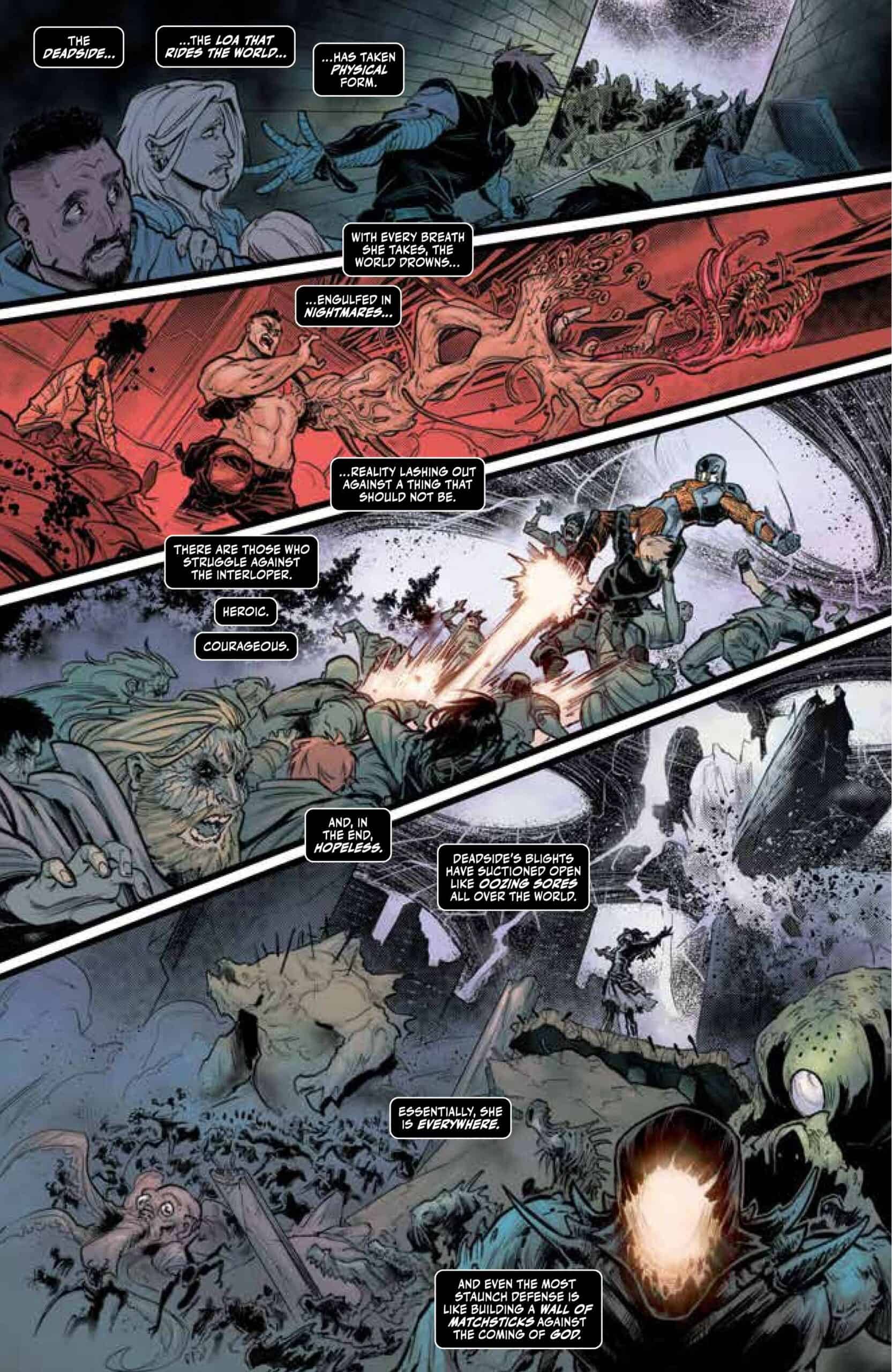 The ending of this issue is just as open-ended as you think it will be, but the event as a whole leaves enough scars on earth to change things, and I enjoy that. This is 100% the step in the right direction for Shadowman. His previous series have all been great, but they felt disconnected from the Valiant Universe. I am very thankful to Bunn for this amazing turn and I hope this continues in the future. It was nice to see some of the other characters in this event, but I hope we get some more mixing and mingling in the future, even beyond Book of Shadows. 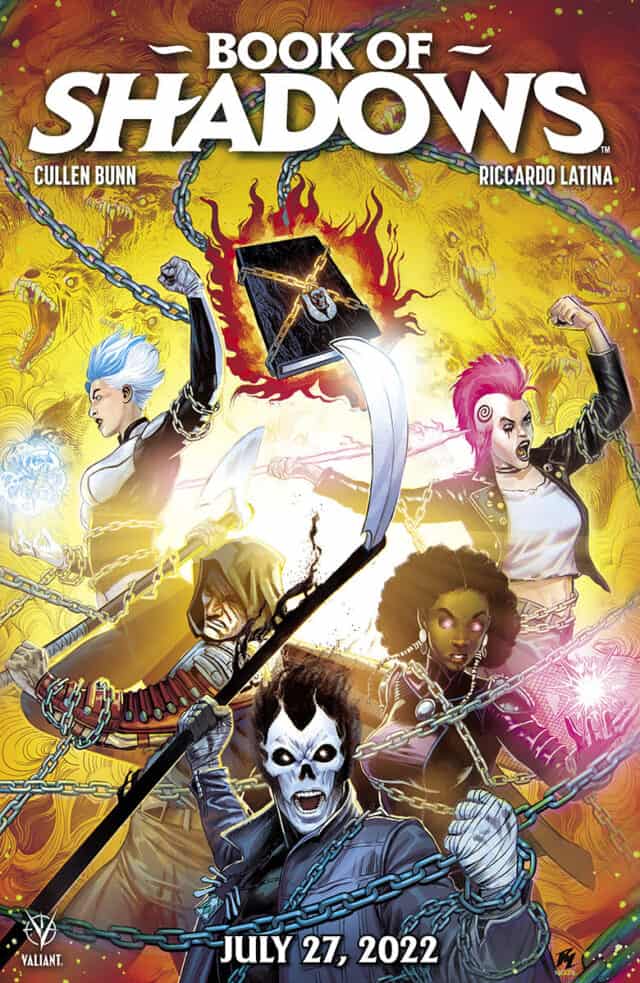