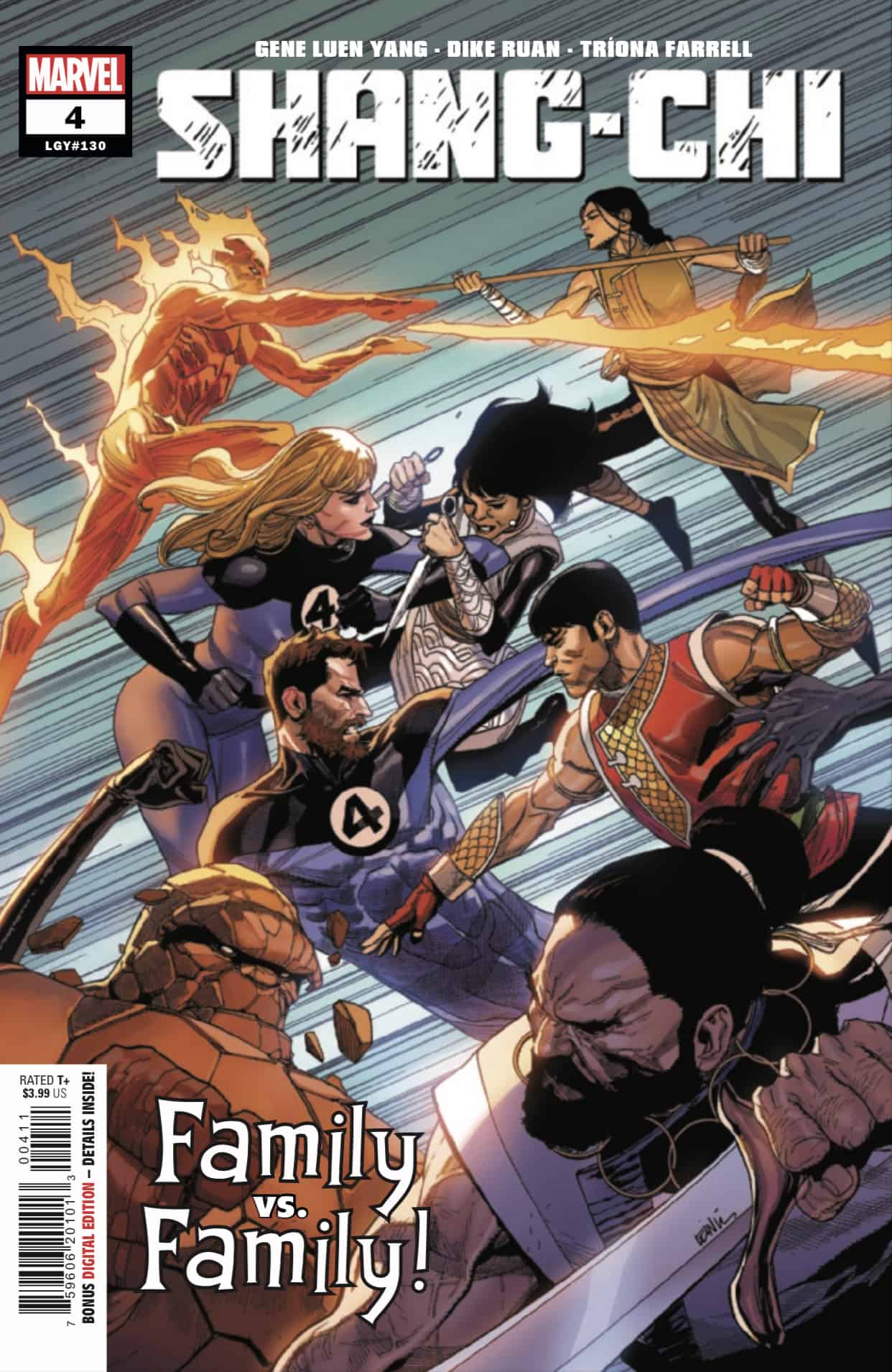 It’s SHANG-CHI VS. THE FANTASTIC FOUR! Someone has been sending Shang-Chi strange messages in his dreams... and the messages seem to be coming from the Negative Zone! But who is sending him these messages? And what do they mean? And why are the Fantastic Four standing in his way?

Fourth issue, with the Fantastic Four. Shang Chi is plagued by the same dream four nights in a row. In China the word for death and four are synonymous with each other, and are considered a very bad omen in Chinese culture, much like the number 13 in western civilizations. Yang continues to integrate Chinese culture and literary characters into modern mainstream superhero comics, and he does it effortlessly. Yang continues to develop Shang’s family and supporting cast in his journey to reform his father’s old organization, while dealing with hiccups along the way.

The cover promises a big fight with the FF, but unfortunately that’s more of a hyperbole than a promise. There’s a fight, but it’s more of an afterthought than a battle. The meat of the issue involves Shang and his siblings to break into the Baxter Building to use Mr. Fantastic’s equipment to reach the Negative Zone to see if there’s something trying to reach him through his dreams. He’s determined to find their missing sibling and make the Five Weapons Society whole once again, and transform it into a force of good. Is it who he expects it to be? You’ll have to read the book for yourself. 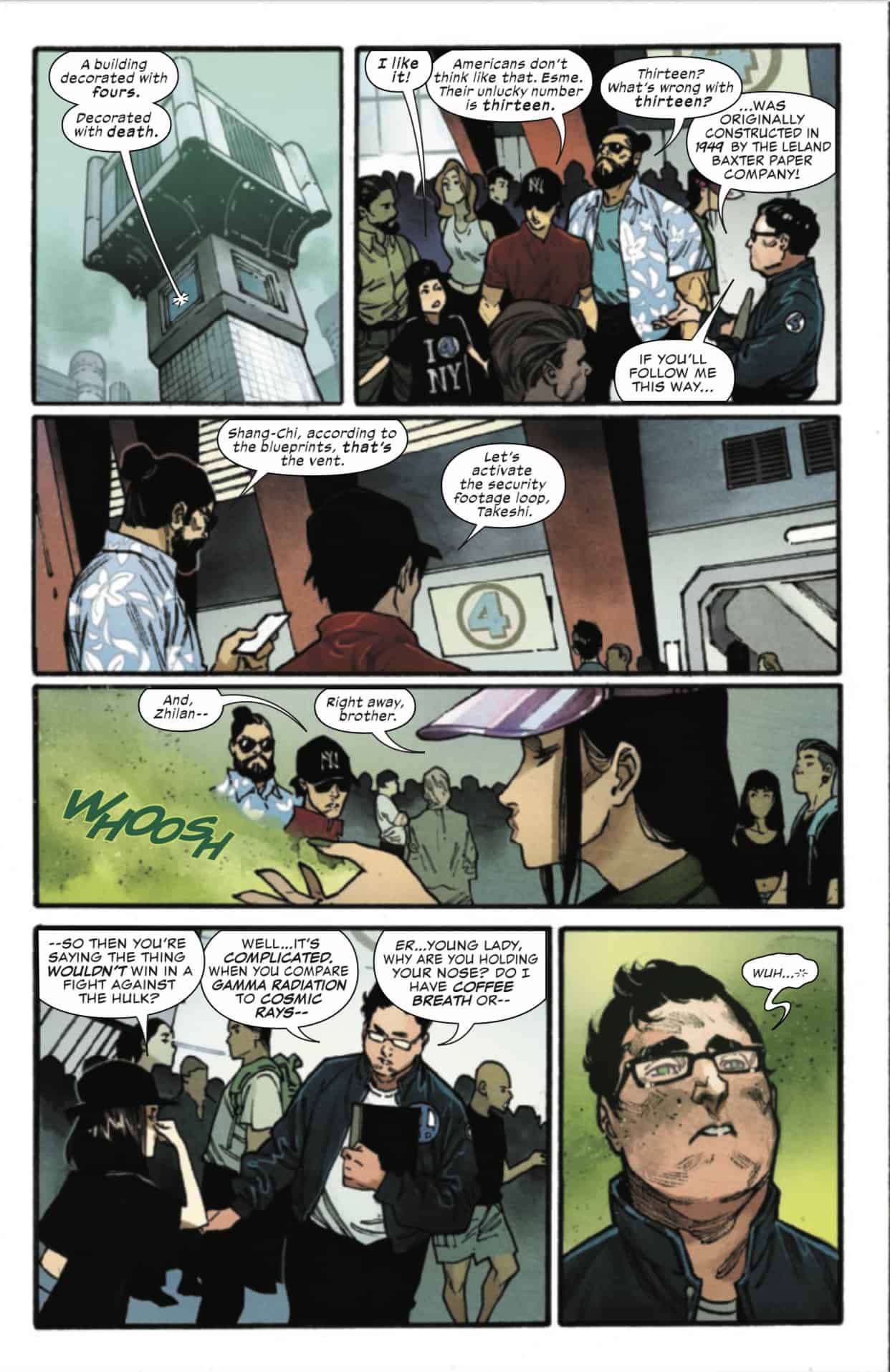 Yang’s breakout star continues to be Esme, as she’s the most entertaining character in the book, but I’ve been warming to Brother Sabre quite a bit. The banter between Esme and Shang, and Esme and Sabre leads to some funny moments that make the characters more endearing with every new issue. 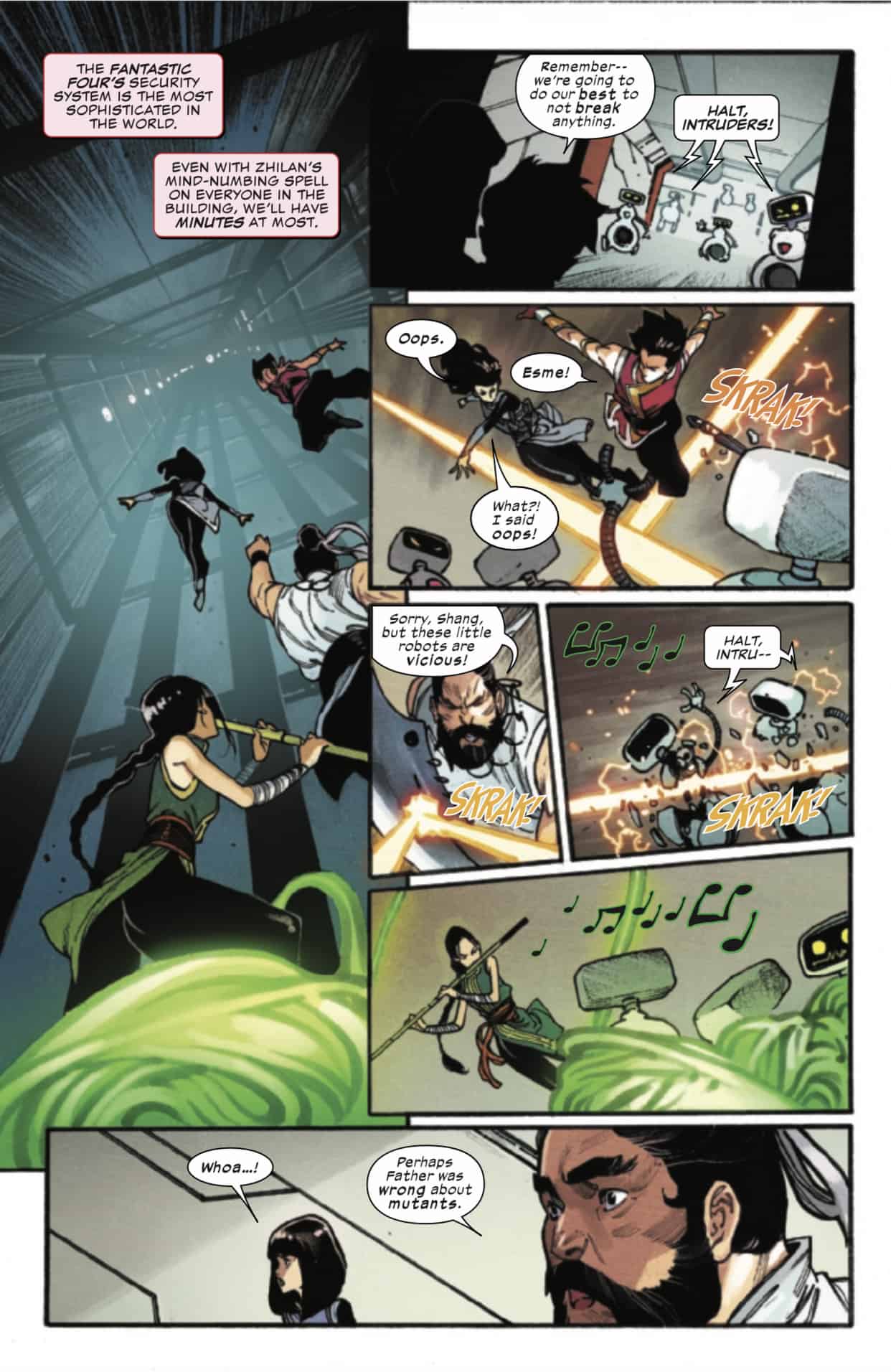 Dike Ruan continues to impress me with this issue. His line work is fluid, expressive, and beautiful, adding a crispness to the title that makes me want each issue to be longer. Whether they’re fighting a Loch Ness monster, like in the previous issue, or journeying to the Negative Zone, Dike makes it a vision. The panel layout gives you a sense of motion, and he’s still developing his style, and continues to improve with each new issue released. If you pick up the 2020 mini by the two compared to this issue, and you’ll be amazed at how much he’s refined his craft. I can definitely see Marvel promoting him as a Stormbreaker for 2022, and he’s definitely earned it.

Yang and Ruan continue re-introducing Shang Chi to the rest of the Marvel Universe, as he continues to try to reform the Five Deadly Weapons into a force for good. Yang mixes the comedy with the action, and the witty banter between Shang and his siblings will make you want some more.