SHAZAM #6: You Are Not Alone 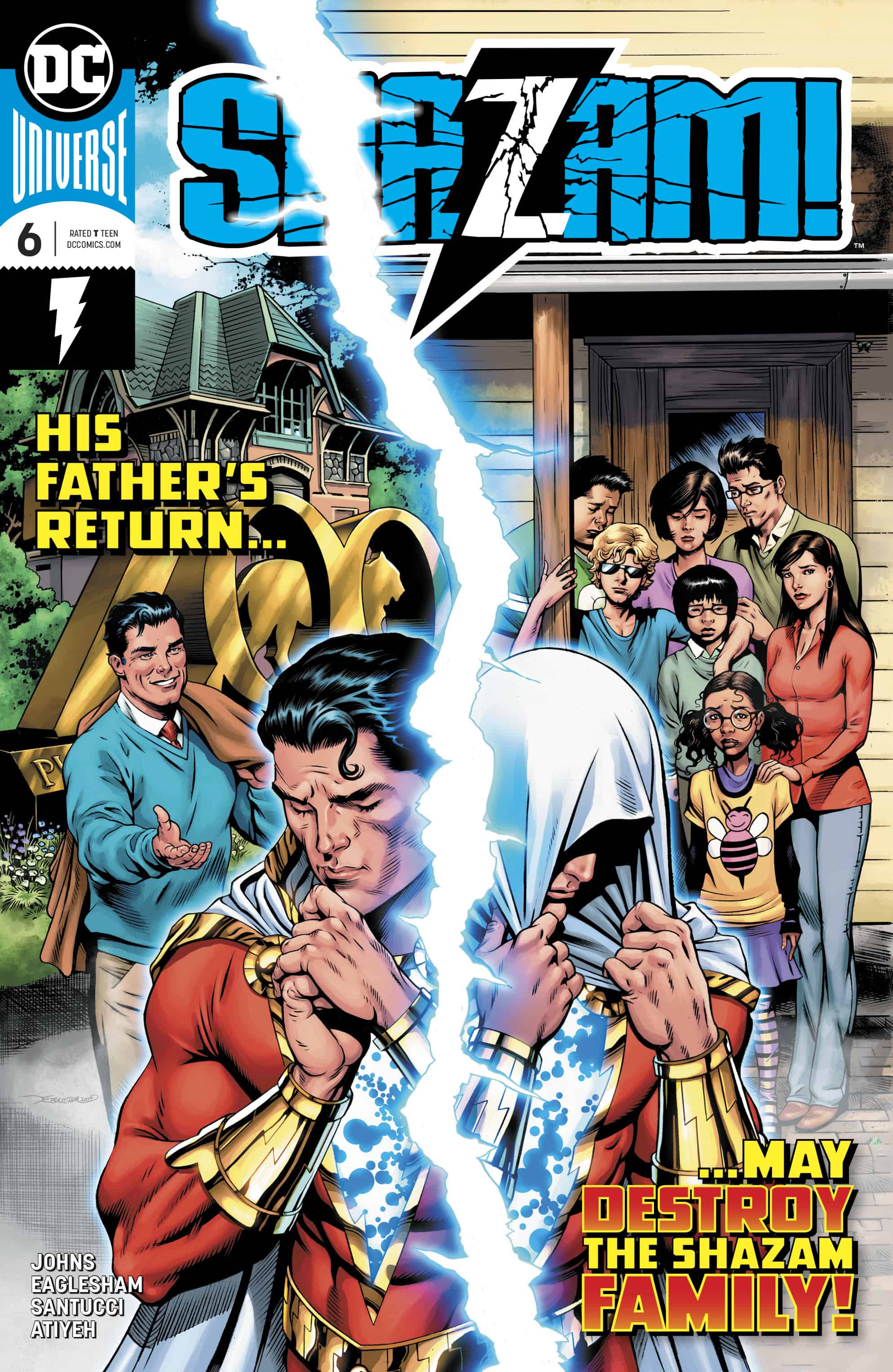 Billy and Mary manage to escape the clutches of King Kid and head out in search of their lost siblings when seemingly the battle between Sivana/Mr. Mind and Black Adam collapses their tunnel, hurtling them back to Philadelphia. Finally home, Billy comes face to face with his father. 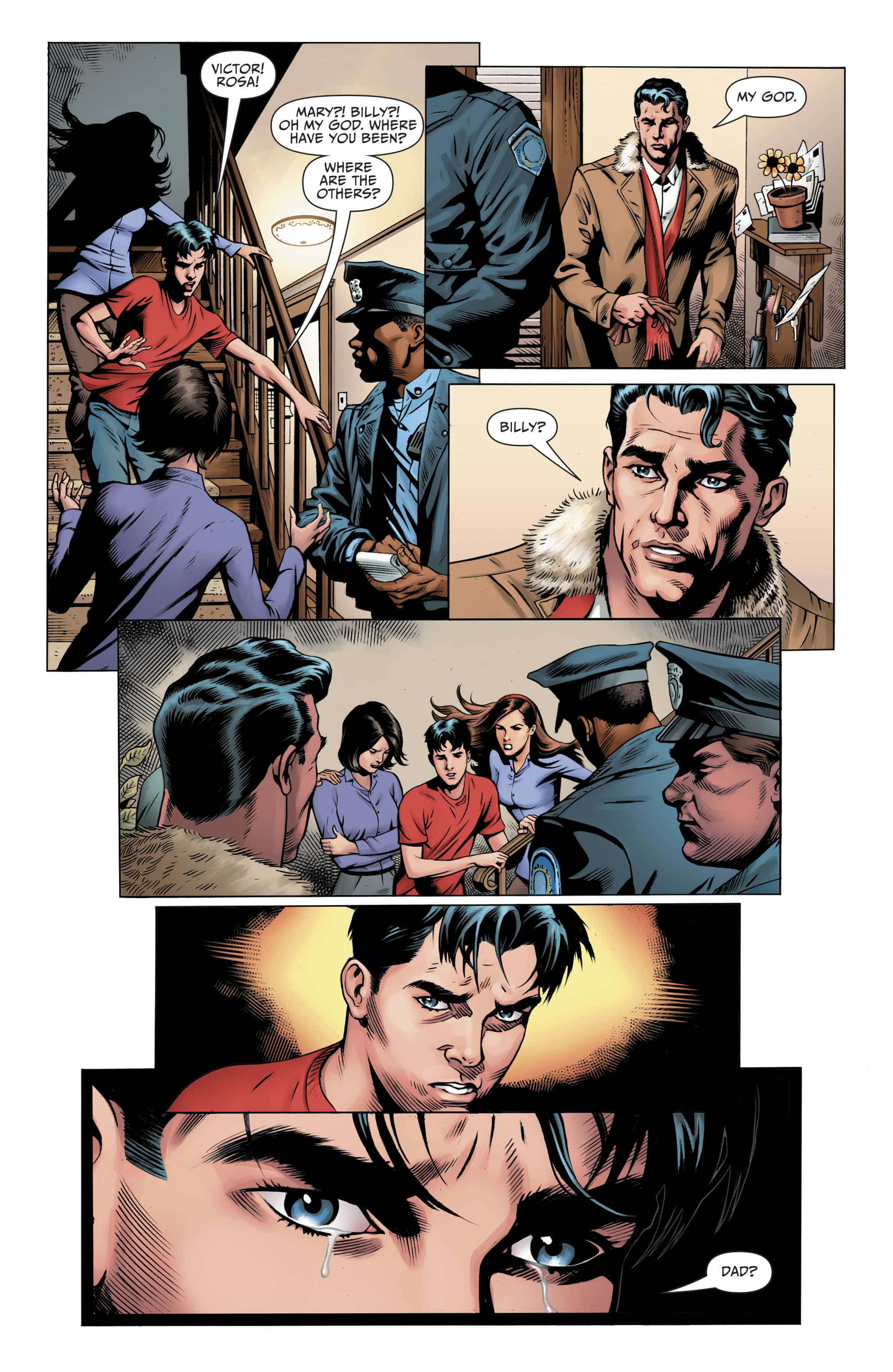 Billy's dad regales Billy with a tale of woe, from Billy's birth in a lightning storm to a prison stint that separated them. Through the tearful reunion, however, the rest of the family remains scattered in the Magiclands and we briefly catch up with Eugene and Pedro in the Gamelands where the Wizard SHAZAM appears with ominous warnings. 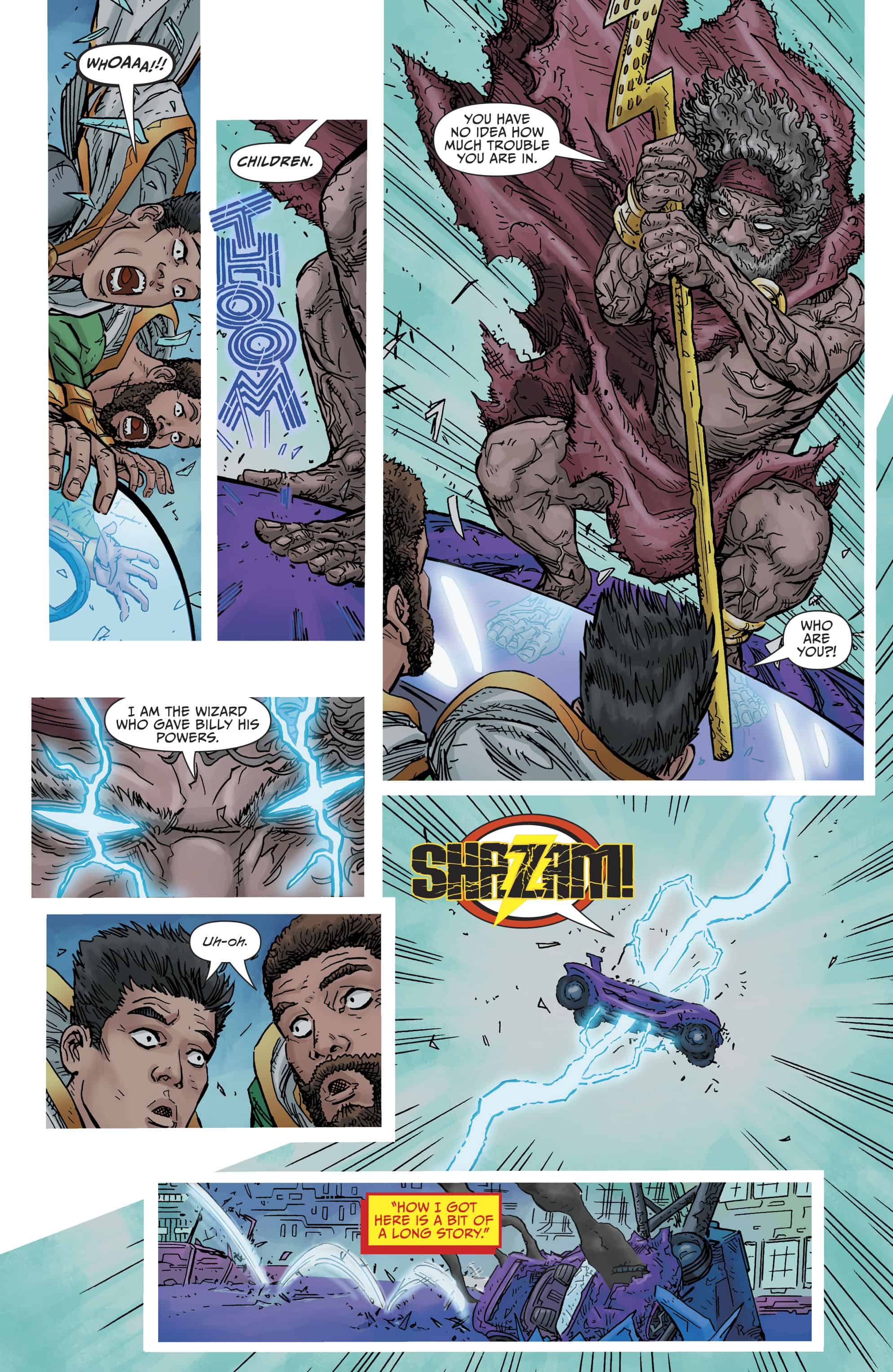 Mary, always the most responsible of the children, recognizes the need to retrieve their siblings and determines the fastest way to get everybody up to speed is to reveal her powers to her foster parents, transforming before their eyes. Meanwhile, Sivana, having defeated Black Adam, waits at the Rock of Eternity for the family of champions to arrive.

In most cases, I am in favor of bucking the “writing to the trade/six issue arc” trend, but in this particular case, the story being crafted here feels like it may be given too much space with too little payoff thus far. One of the strengths of this series has been the development of Billy’s other siblings, and we are all aware that the balance of numerous characters is a particular strength of Johns, but somehow the balance seems slightly off in this series. That said, however, there is clearly a bigger picture brewing here than we are able to see quite yet. 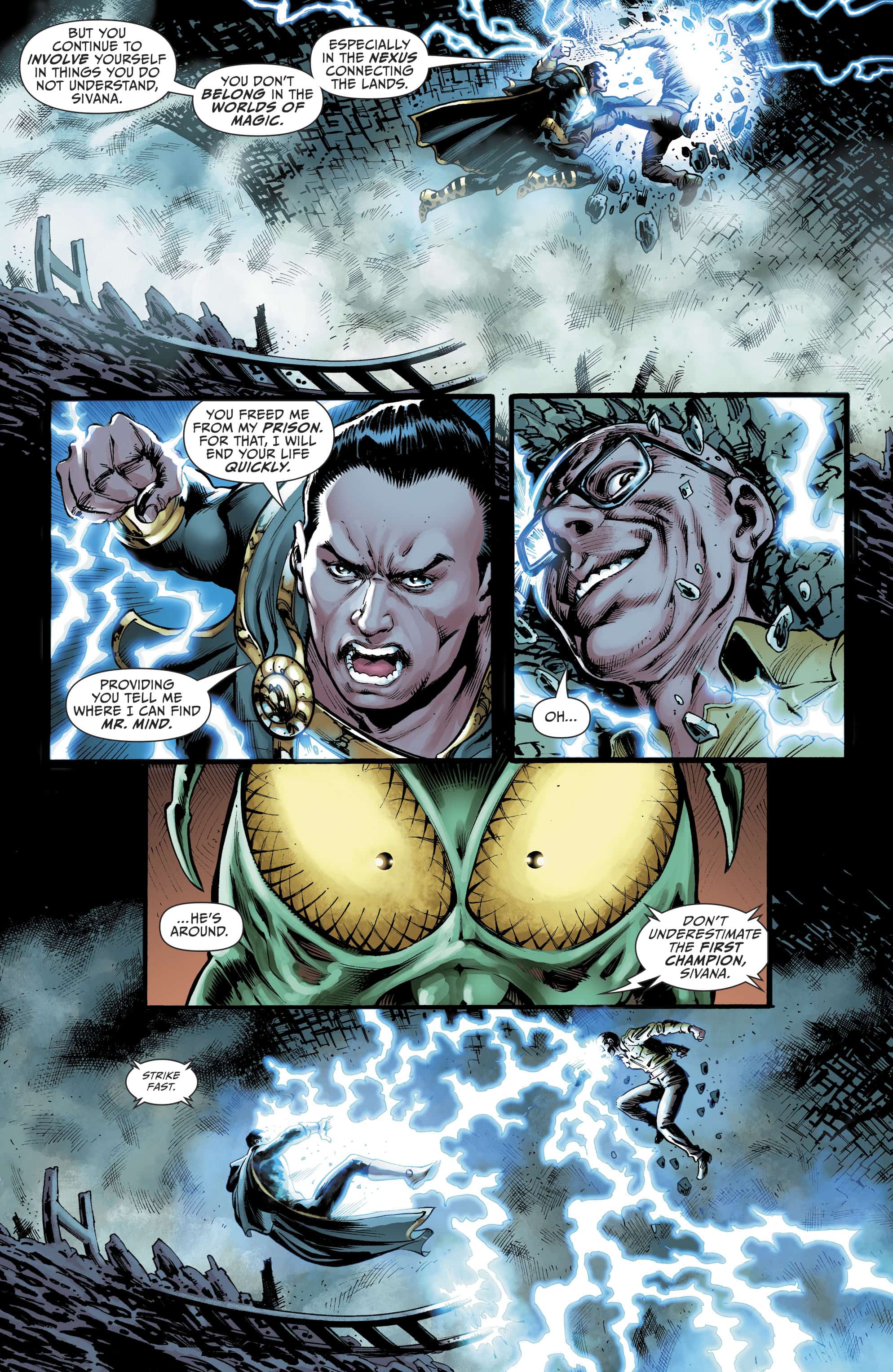 The conflicting missions among three of the most iconic SHAZAM villains as well as the return of the Wizard seems to point towards something larger happening in the world of magic. The lightning that prevented Billy from being born in a hospital appears likely to be linked to this larger picture as well, be that a picture of destiny or something more nefarious. Time will tell what direction the series takes at this particular crossroads but it is my hope that it gets to its destination sooner rather than later.

SHAZAM #6 continues what appears to be a transitory time in the narrative, setting up what is to come slowly, at Geoff Johns' pace.

SHAZAM #6: You Are Not Alone