SHAZAM #7: A Slow Train is Rolling In 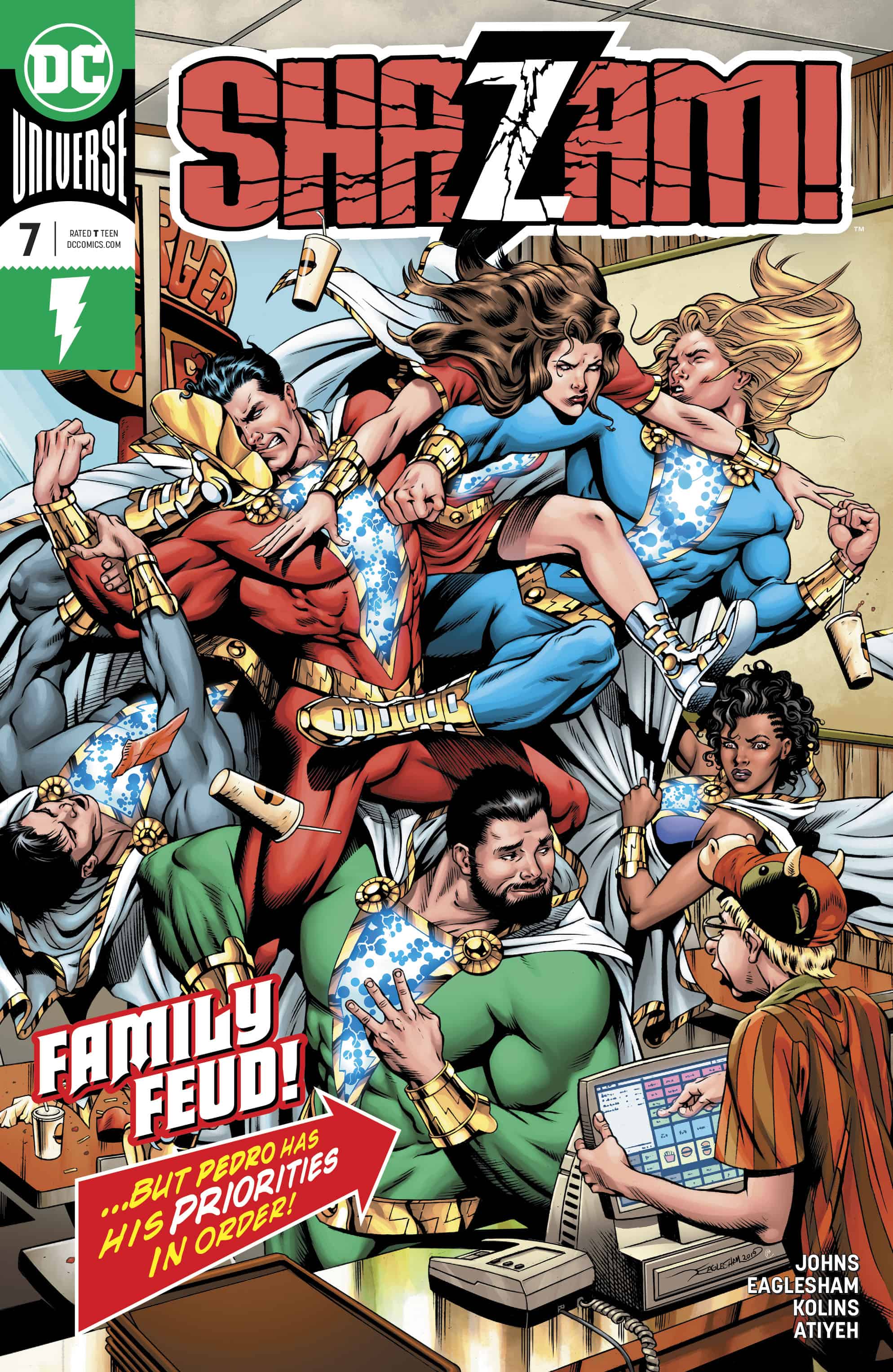 “Shazam and the Seven Magiclands” continues as the shocking new member of the Shazam family is revealed! This mystery person will send shock waves through the entire cast! 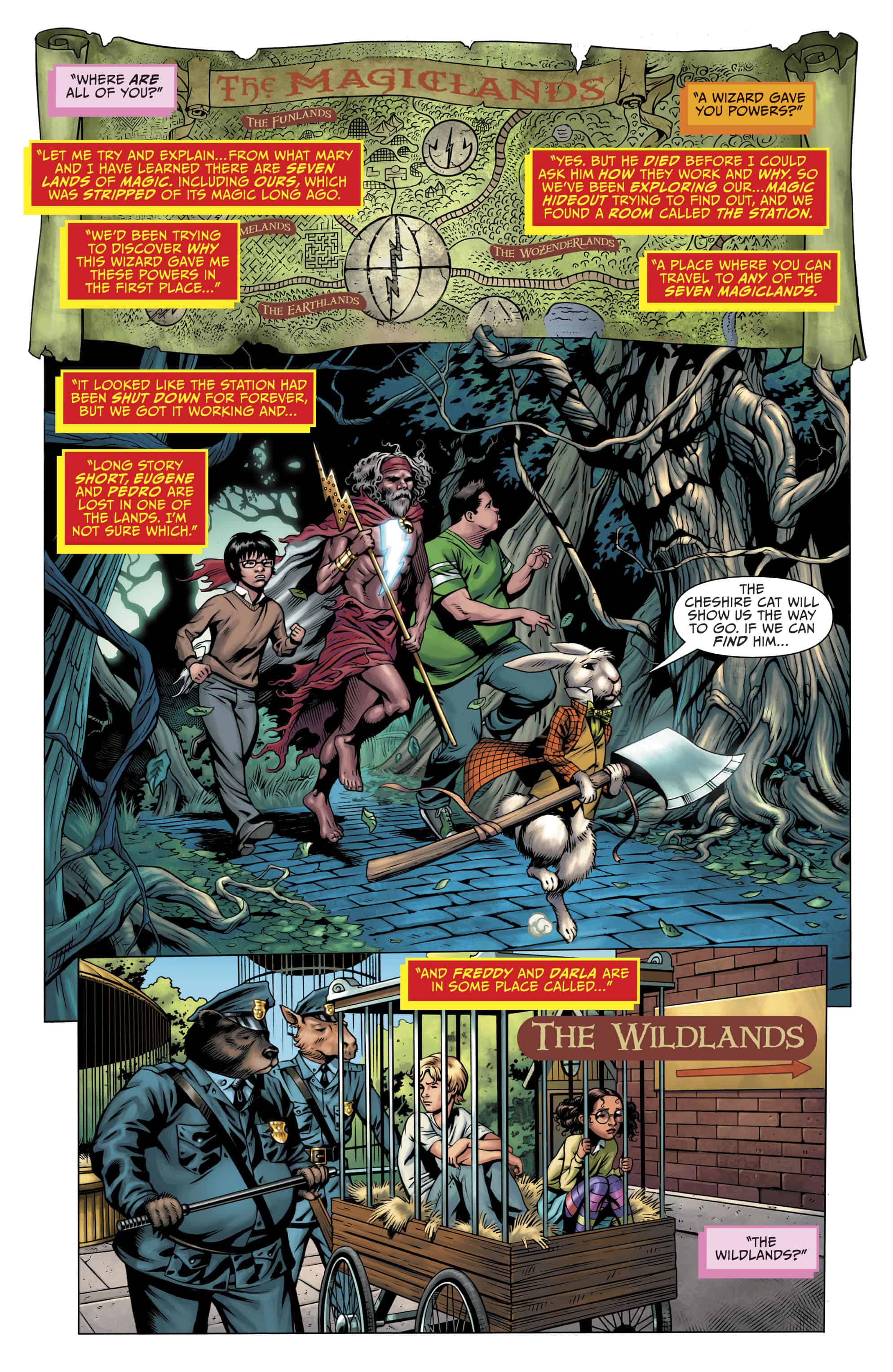 Let me begin by saying that this issue was released seventeen weeks after the previous issue. I point this fact out because, whether I like it or not, it does affect my consumption of this issue. That’s several months of waiting, with the solicitation promise (see Recap) of the reveal of seventh member of the SHAZAM family hanging in the air. The reveal, as seen at the end of this issue, turns out to be a false promise (I won’t go into detail to avoid spoilers). Once again, the focus of this series lives in the realm of world-building while actually propelling the characters forward seems a secondary goal that may or may not be attended to depending on the issue. Even the cover, which promises a “family feud” is exceptionally misleading as no more than two members of the family ever encounter each other and none of them are fighting amongst themselves.

It is not as if the book is totally devoid of merit, though. The sequence in which Tawky Tawny finally stands up for his own rights and saves Freddie and Darla was both highly entertaining and gorgeously rendered. In fact, the art throughout this book is fantastic. Scott Kolins’ work on the Darklands successfully imposes a sense of macabre and dread into this new, unexplored magical realm. Eaglesham particularly shines throughout the rest of the book and the colors from Atiyeh are striking on his pages while appropriately muted on Kolins’ pages. 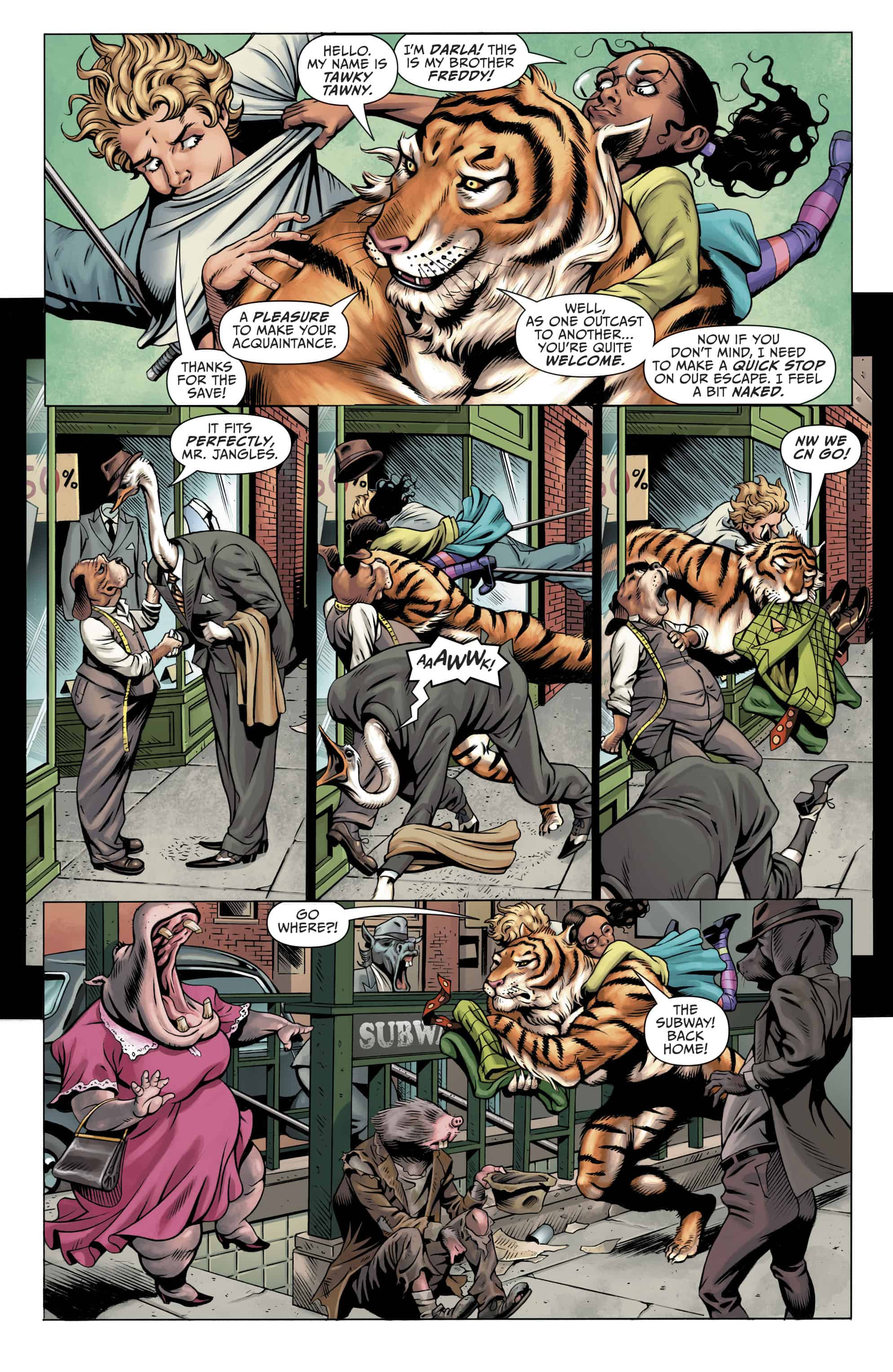 There is also an interesting subthread involved here with Billy and Mary’s outings to their foster parents. The apprehension, the almost squeamishness on the part of Billy is quickly offset by the immediate acceptance by the parents in a heartwarming way that I’m certain much of the audience will be able to associate with fondly. 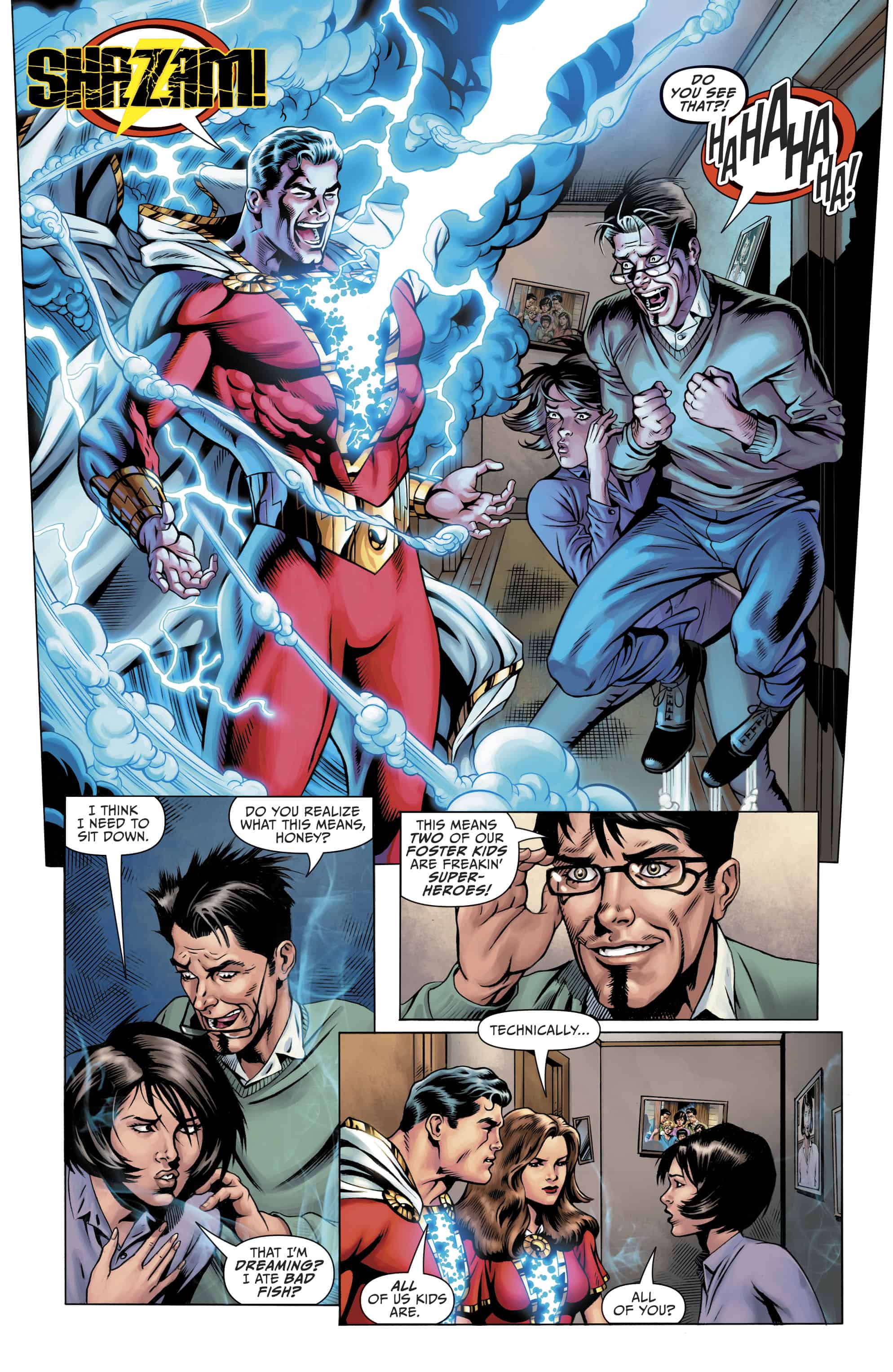 In the end, this issue falls short of expectations while still delivering a good book. It’s just not on the level I typically associate with Geoff Johns and really hasn’t been through the whole run.

SHAZAM #7 (Johns, Eaglesham, Kolins) is finally here but was it worth the wait? The jury remains out.

SHAZAM #7: A Slow Train is Rolling In