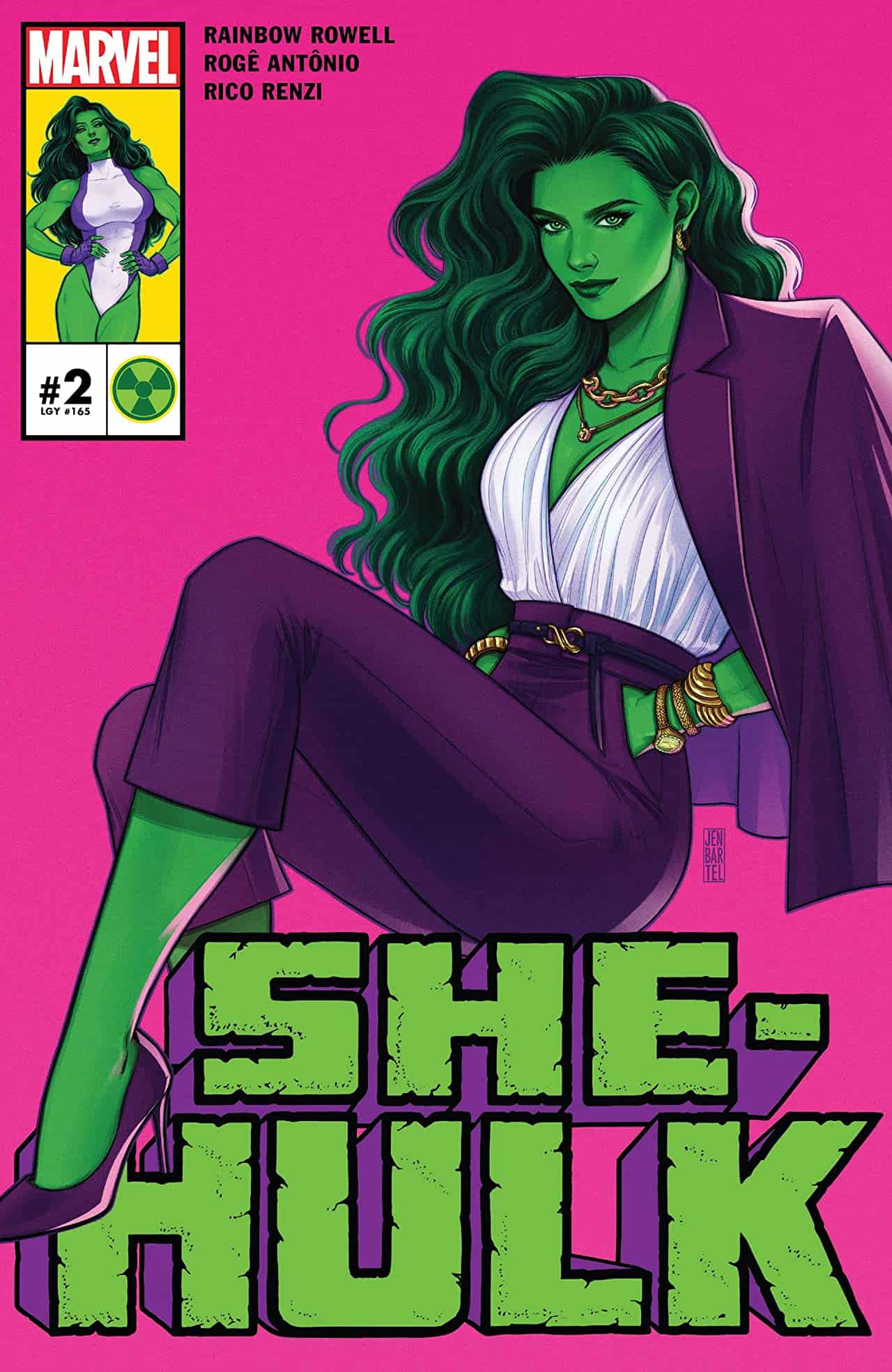 One of the most dangerous things in the Marvel U lands in Jen Walters' lap, and she's got to figure out what the heck to do with it. And that's all while putting her life and career back together.

Well, well, well. That was some heck of a second issue, and now, thanks to the overwhelmingly positive reception, as well as blockbuster sales (She-Hulk #1 came in at #2 on the best selling comics for January), this once 5 issue mini has now graduated to an ongoing, so bravo Shulkamaniacs, bravo. The issue picks up where the first one ended, with a newly resurrected Jack of Hearts at She-Hulk’s door. We’re also given a mystery of how did Jack come back from his seeming death? Where will he go from here?

Not a whole heck of a lot happens in this issue, and Rainbow sticks to her strengths, which is clearly characterization and dialogue, and starts rebuilding Jen’s life up after spending the last few years as a mindless variant of her cousin. On top of that, the team builds a relationship between these two former teammates who haven’t seen each other since Geoff Johns’ truncated run on the pre-Bendis era Avengers, before he set off to be DC’s guiding light for the better part of the last two decades.

Rôge Antônio and Rico Renzi continue to set the bar of excellence with regards to Jenn, and the world she now inhabits, and it’s superb. Antônio gives us a modern Jen, and a stylish She-Hulk, with a pretty posh penthouse apartment donated to her from bestie Janet Van Dyne (seriously one of my favorite characters ever), and we just get a typical day for this diva. Whether it’s meeting new neighbors, or taking the train to her new job with Mallory. Jen and co. look great while doing their own thing. Just a day in the life kinda day. Definitely a superstar in the making.

So I’ve done my cheers, and now it’s time for the jeers. Unfortunately for us, the pacing of this book is a tad slow. It’s unfortunate because Rainbow’s voice for Jen is fun. She’s energetic, with a real sense of joie de vivre, something that’s been missing from Jen since Civil War II, but nothing really happens in this issue. Hopefully she can course correct the pacing in the upcoming issues, otherwise she’ll run the risk of people not remembering the previous issues.

Pros: lots of fun, with great dialogue, and it’s great to see Jen back to being Jen.

Cons: it’s just too slow. Rowell’s great at the character beats, and Antônio’s art is sublime, but nothing memorable really happened. It was kinda disappointing after that amazing first issue.