She-Hulk #4: We Can Be Discreet 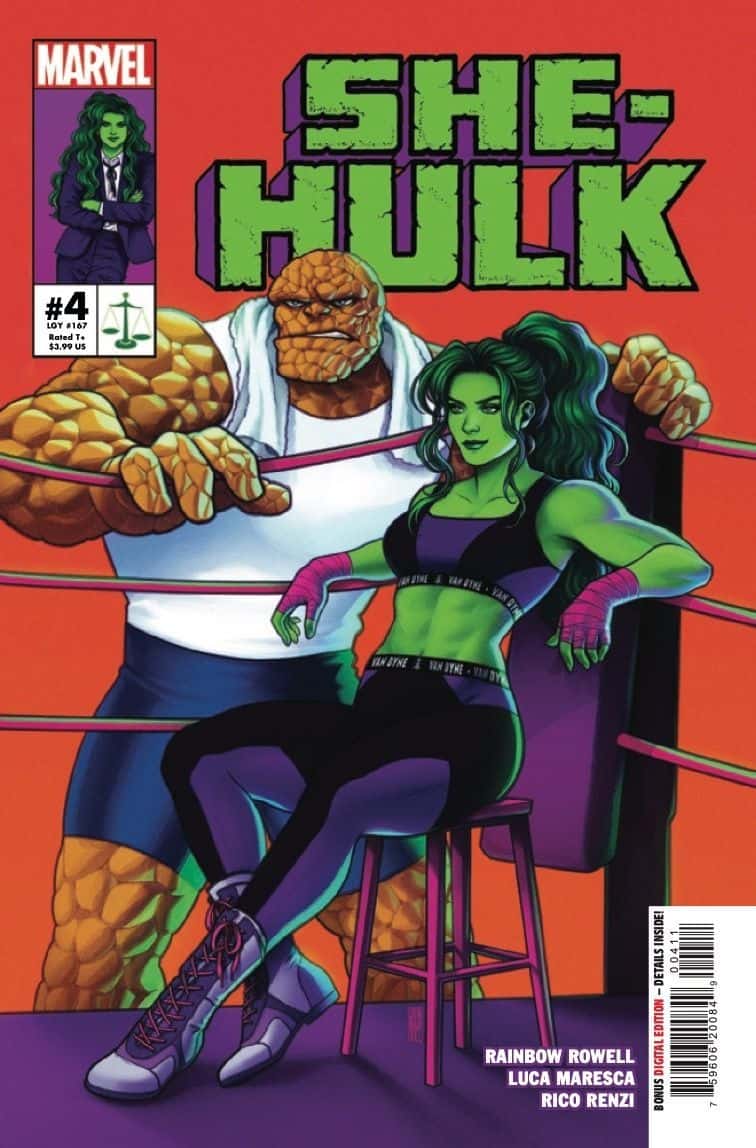 Super Fight Club is here and She-Hulk isn’t going to break the rules. Good thing Rainbow and Rogê are going to break the first rule and talk about it just for you. Jennifer Walters never promised (us) not to break rules at her day job. Rule #1? No super hero clients. She did promise her boss, though, so…

In the first issue of this She-Hulk series, we saw She-Hulk square off against Titania once again. It ended with an agreement to form a “fight club” to take out their frustrations on each other’s invulnerable bodies. Well, that moment has come as She-Hulk #4 opens with the two powerhouses duking it out. I love the developing relationship (and possible friendship?) between Jennifer and Mary even if I’m not a huge fan of Titania completely losing her status as She-Hulk’s archenemy. What’s even better is that Mary’s best friend Marsha, aka Volcana, joins in on the fun.

Volcana and Titania were introduced in the Secret Wars event. Both women were recruited by Doctor Doom because he needed more minions (and possibly because Marvel needed more female villains, as Enchantress was the only other evil lady on Team Bad Guy). He used comic book science to mutate them, but as this issue points out, he quickly ditches the pair after the event. Volcana is an interesting character who has always skirted the line between hero and villain. She’s also one of the very few plus-size women in comics, and I’m so happy that artist Luca Maresca depicted her as such here. The fight club scene doesn’t take up much of the issue, but I sure hope Mary and Marsha are here for the long haul. 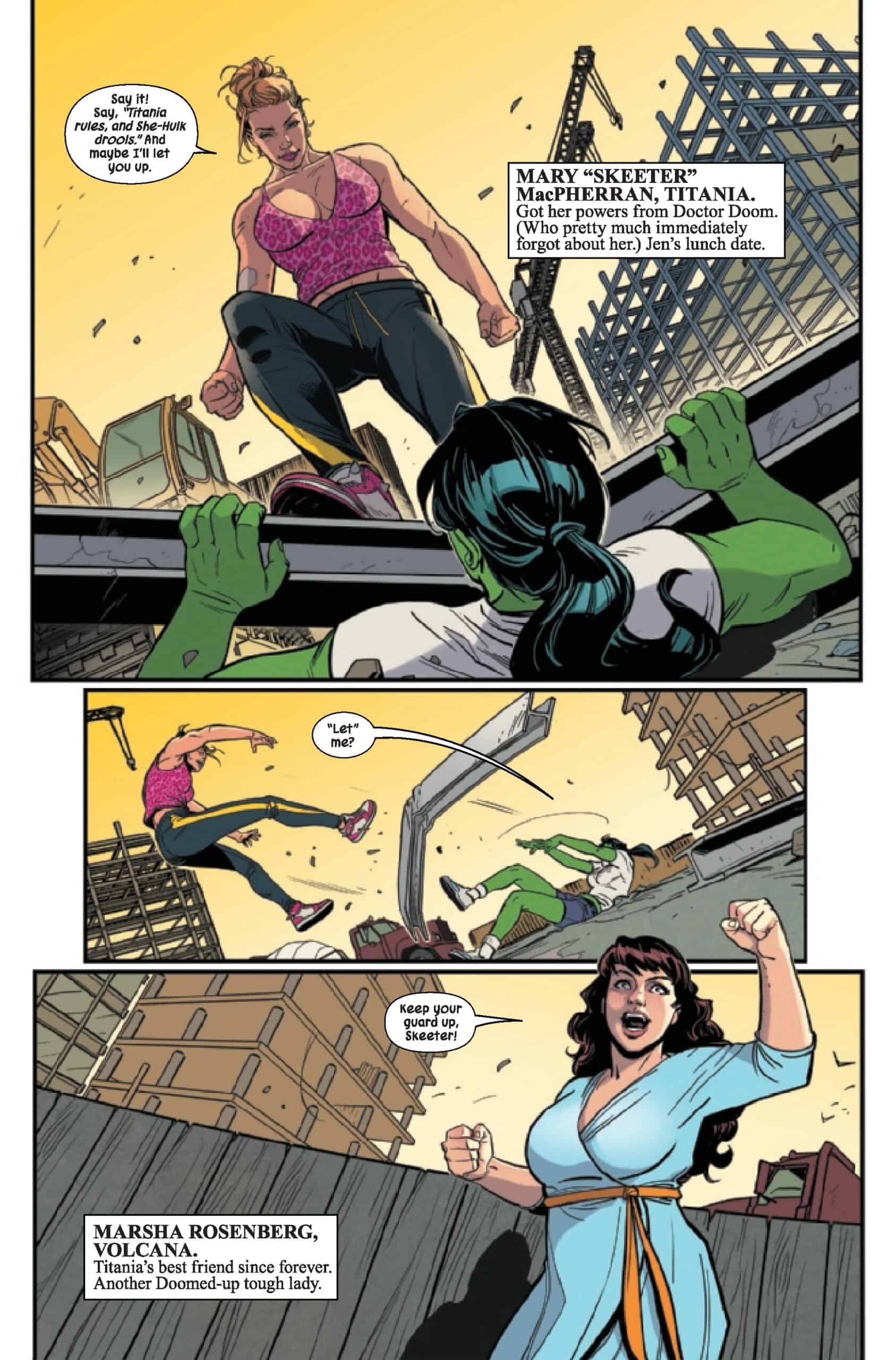 There are a lot of other guest stars in this issue. Almost too many, in fact. I love any time the Thing appears in a She-Hulk comic (and vice versa). Dan Slott has done some of his best work with these two leading characters, and the friendship between Jen and Ben is one of the best in Marvel Comics. We also get a nice Mister Fantastic moment. Rainbow Rowell captures the voices of each of these characters with precision, but also gives a knowing wink to some of the ridiculousness of the dialogue.

The bulk of the issue is once again dedicated to Jack of Hearts. I enjoyed last issue’s exploration of the character and also the relationship between Jack and She-Hulk, but I felt Jack’s moments dragged on a bit for this chapter. There’s a lot of repetition in terms of Jack’s predicament and Jen’s investigation on the matter. However, She-Hulk spends the majority of her time with Jack in her Jennifer Walters persona. I’ve always loved the dichotomy of She-Hulk/Jennifer Walters, so I’m a big fan of Rowell exploring Jen’s “two faces” and how the theme relates to Jack.

The cliffhanger ending left me disappointed. Rowell has been building up the villain(s) behind Jack of Hearts, but we don’t get any hints here other than some clomping noises. Is the villain a centaur? Maybe it’s She-Hulk’s old adversary the Man-Elephant. Just kidding. Unless…?

While the Jack of Hearts storyline seems to be dragging on a bit, I'm a huge fan of what Rainbow Rowell has done with the character of She-Hulk and the worldbuilding for this series. Backed by great art from Luca Maresca and superb coloring from Rico Renzi, this She-Hulk run is already one of my favorites featuring the jade giantess.

She-Hulk #4: We Can Be Discreet