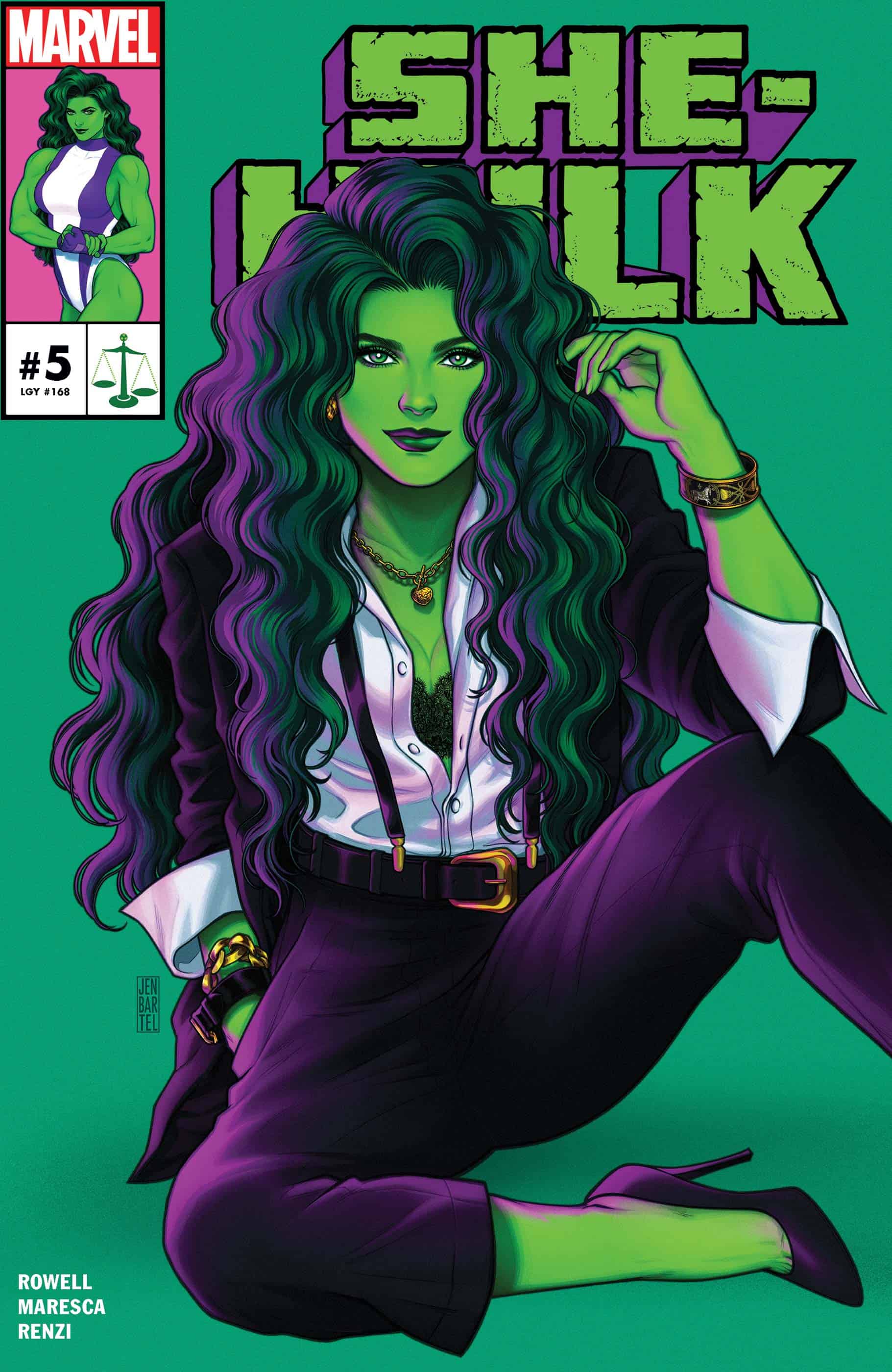 Jen Walters has been around since 1979 but this issue holds a first for her. The mysterious villains surely don't care and plan on destroying her and Jack Of Hearts.

I’ve been a huge fan of Rainbow Rowell’s run on the She-Hulk title. We’ve seen the bombastic and sensational She-Hulk return to the forefront, we’ve seen her develop a new fight club with arch-frenemy Titania, and we’ve seen her resume her career with Mallory Book’s law office. But we’ve also seen her interact with Jack of Hearts. A lot. Like, a lot.

The first few issues dealing with Jack of Hearts were intriguing, with the mystery of his return perplexing both Jennifer and the readers. We’ve also seen a friendship and possible relationship blossom between the two characters. It’s quite charming all around. But we’re on issue five now and I’m finding myself growing tired of the Jack of Hearts Show. Rowell gets Jen, and Jack (as far as I’m aware), but we’re seeing the same conversations between the pair rehashed over and over with no growth in the story. Jennifer is radioactive? We learned that already. Jen doesn’t want the Avengers to know about Jack of Hearts’ return? We learned that already. It feels like we’re going around in circles.

I don’t want to be too harsh on the series as I’m still loving this new (or return to classic, rather) direction for She-Hulk, but I want more. Last issue, we had a cliffhanger with a “villain” charging at She-Hulk and Jack. I was really excited to see which villain would appear and give our titular heroine some fun action scenes. Would it be the elephant man Man-Elephant? Would it be her old rival Ultima? Or maybe Abominatrix put down the bonbons for a quick tussle? Even a new villain would’ve sufficed. Instead, we get a very strange confrontation between a hulking man known as Mark while his creepily child-like wife April tried to calm him. It was a frustrating fake-out and one that I’m assuming is a set-up for a future story. But sometimes you just want some classic superhero fun in a superhero comic.

I’m very hopeful that the Jack of Hearts plot will wrap up with next issue. I’m fine with Jack staying on as a supporting character, as he has great chemistry with Jen. But I grow tired of Jack taking center stage.

The first four issues of She-Hulk were a very impressive start, but this entry has me worried that the series is becoming repetitive in its dialogue and plot. I'm ready for the mystery of Jack of Hearts' return to be over.