SiKtC #19: The Game of Nowhere

Something Is Killing The Children #19 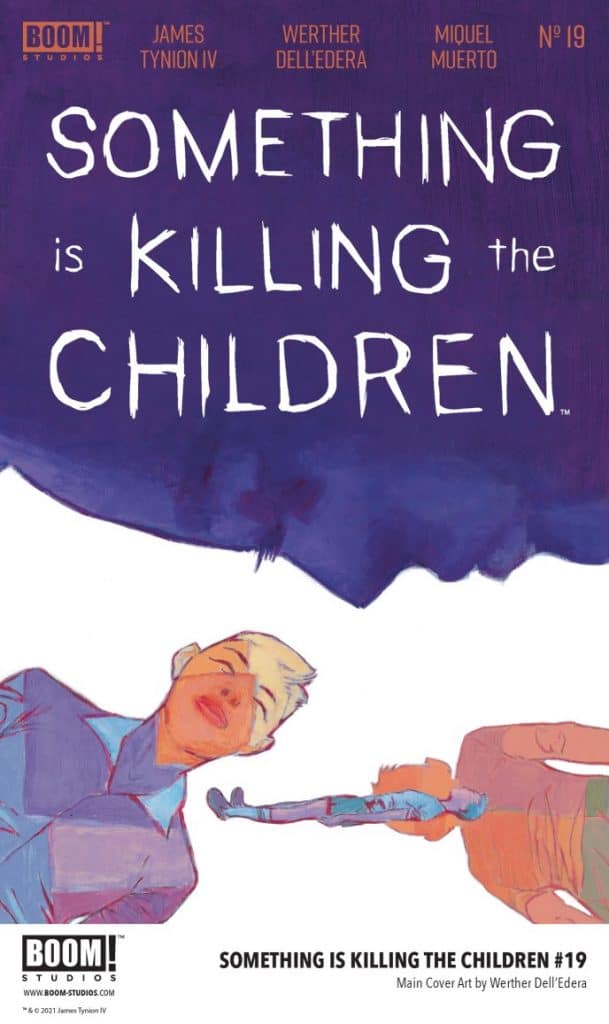 Erica must play the Game of Nowhere, a secretive binding ritual of the Order of St. George, but not everyone wants her to succeed.

And it's much more than a game; it is an important, yet dangerous part of a hunter's initiation... and not all students survive the process.

Will Erica pass? And if so, at what cost?

Tynion incorporates yet another beautifully crafted issue in giving us a look into the past of Erica Slaughter’s journey into who she has become today. Tynion furthers the story behind Erica’s past and reveals a look into the deadly Ritual. 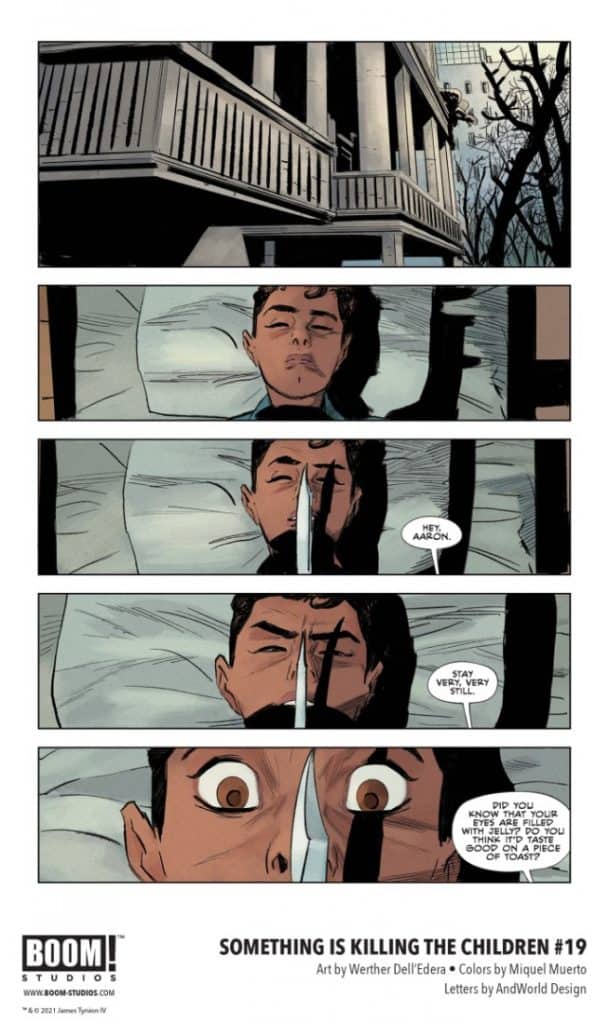 I love the choice for this test to be her reliving the events of her encounter that horrific night. We get to see Erica quickly picking up on things during this recreation of the night her family died. Honestly even most adults would probably fall victim to this test as it’s incredibly emotional and tricks the person into succumbing into fear. Erica on the other hand, while scared, doesn’t let fear fully control her and consciously makes decisions to escape.

It’s an incredible test of strength for Erica to make the realization on her own that what she was experiencing in the moment wasn’t real and was in fact made up by the monster as a trick. I really enjoy the end scene in the honest conversation we get between Erica and Octo. Her asking if the incredible monster regrets killing her family and Octo replied with a short and simple, “No.” Just a short phrase in actuality speaks so much on a monster’s intent and how they view humans.

The artistic team continues to do phenomenal work in having the reader feel the fear the characters do. Dell’Edera effortlessly draws each scene and pulls the reader into each suspenseful moment. Muerto adds color that brings this story to life. I’m most impressed with the coloring of Octo’s form during the facade they create for Erica.

Tynion blends together a narrative that reveals so much information regarding the House of Slaugther while bringing readers the depth into Erica’s past. This intriguing insight in a flashback arc continues to develop the story in a fresh way.

SiKtC #19: The Game of Nowhere