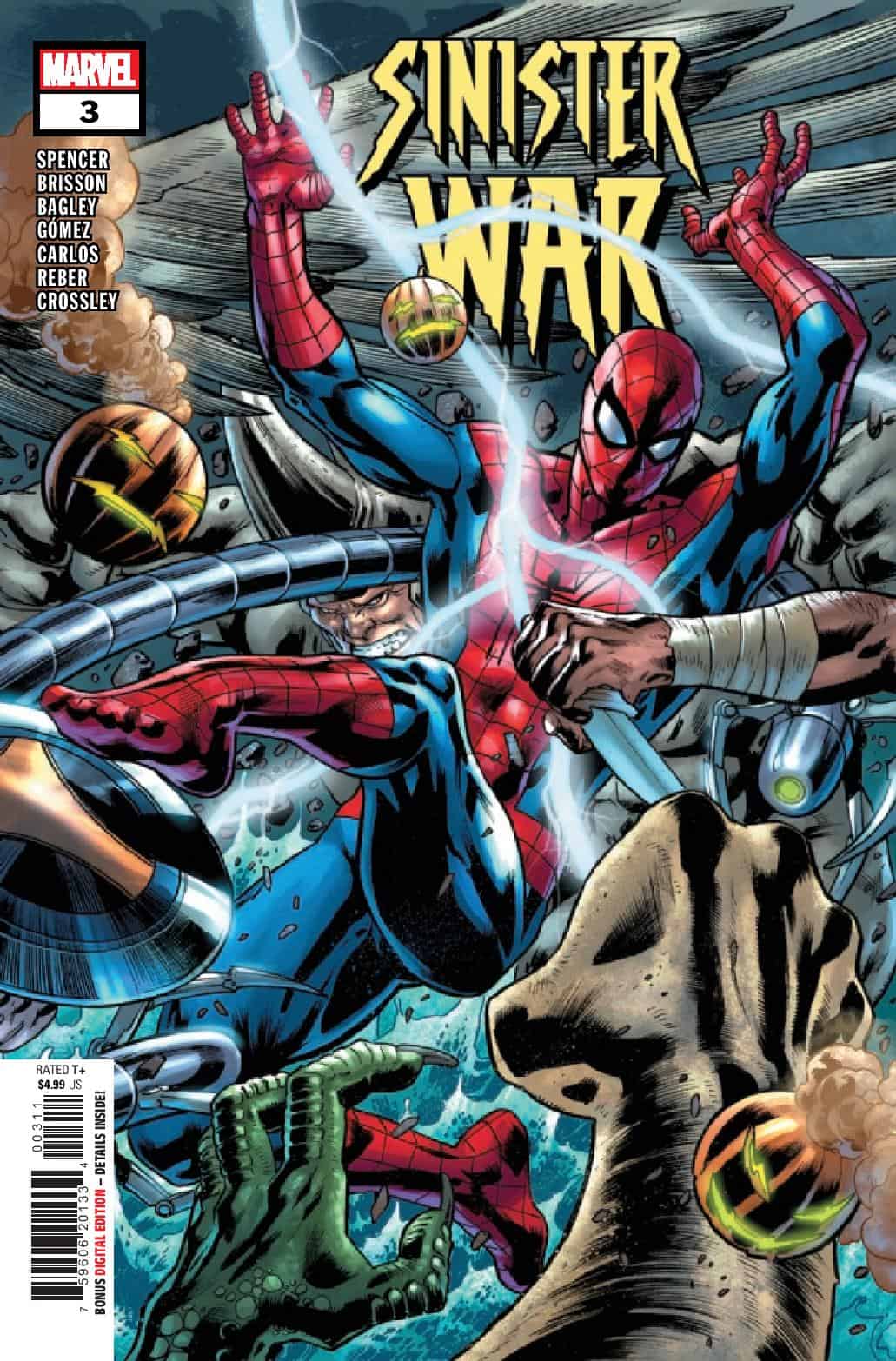 Man, things are getting intense! Spidey’s up against THIRTY villains, and also, Spidey is up against THIRTY villains!!!! I don’t think I need to say anything else. Authors Nick Spencer and Ed Brisson do one heck of a job making a “big fight” issue also a really good story with some meat on its bones. There are lots of things going on both in Spider-Man’s life and in this series, and yet, the authors never overcrowding us in story, or check in on plotlines just to check in on them. Spencer and Brisson haven’t disappointed us yet in this series, and I don’t really see it happening, there’s a lot let to tell before the series is done, so I expect the next issues to be just as packed as this one, and just as high in quality.

We’ve got a team of artists for this issue! There’s my all-time favorite, Mark Bagley along with Ze Carlos, and Carlos Gomez. Each of them is excellent in their own right, but together they’re really superb. As I mentioned before, this issue has an overabundance of fighting, and a lot of times, things can get “lost in the sauce,” if you will. Not with these guys, though. Every single web on Spider-Man’s fingers is there, every leopard spot on Karven’s half-shirt/jacket thing is there and there’s some more stuff that’s pretty incredible, but I don’t do spoilers. Hats off to the colorists on this issue, they certainly do a fantastic job of muting colors when it’s essential, and in this issue, it really is. And hey, what would this issue be with Joe Caramagna’s letting? Well, a really quick read, I guess.

Seriously, this series just keeps getting better. One knock-down, drag-out, heck of a fight, but at it's heart, it still has hope and optimism like any Spider-Man adventure should. VERY highly recommended!