Sins of Sinister #1: Myself Am Hell 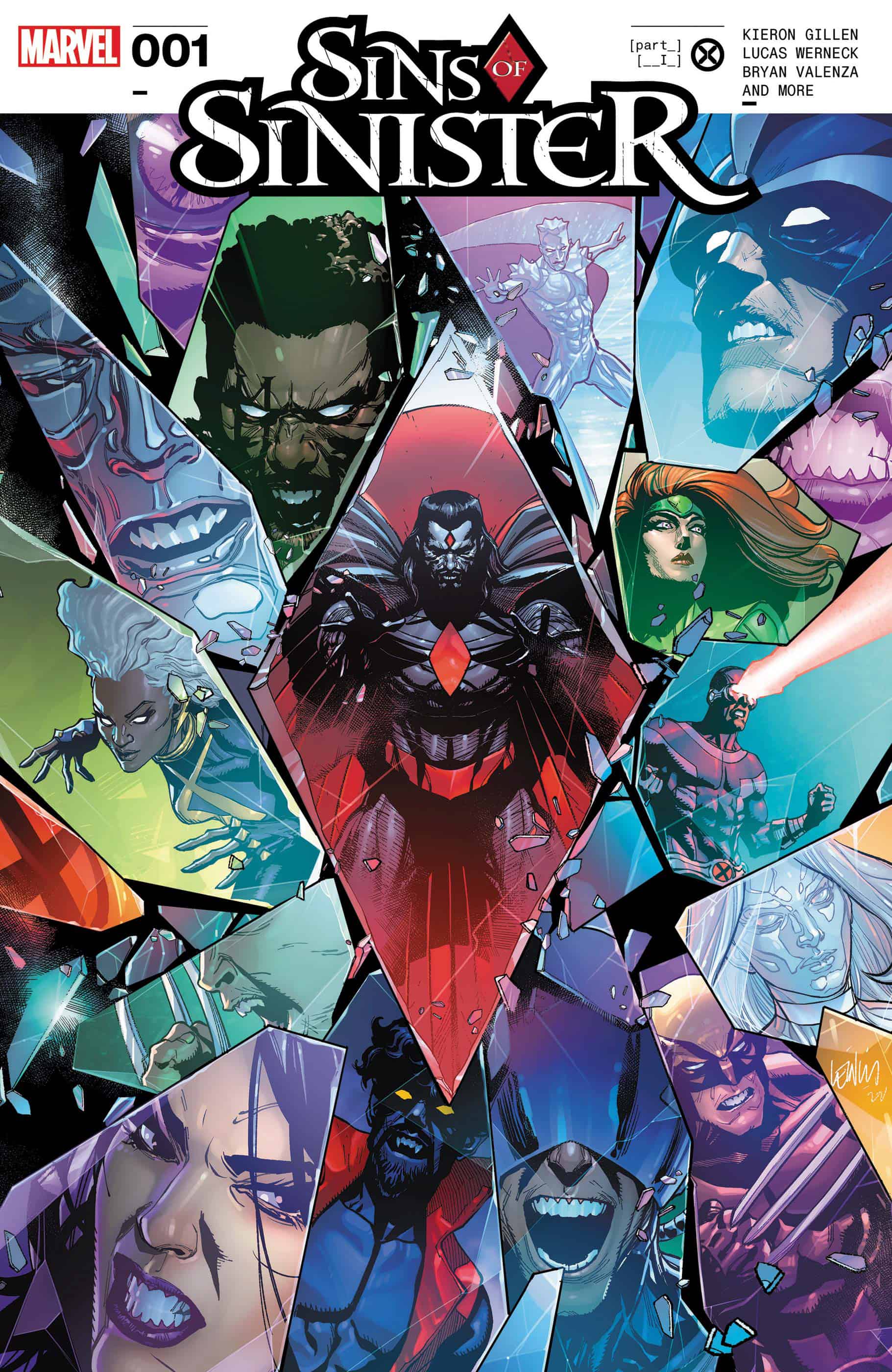 Sinister is out of the hole, he's conquered the world, and he's surrounded by versions of himself. What could possibly go wrong?

The trio of authors behind this event promised us the darkest timeline ever produced for the X-Men, and they have absolutely delivered. A theme throughout Gillen’s work with Sinister is that all his personalities are entirely superficial. No matter what mask he wears, it’s always a mask, and hovering beneath it is nothing but a devouring void. A void so uncertain of his reality that he cannot countenance anyone else’s existence. Now, slowly and insidiously, he’s building a world composed entirely of masks, with his own fearful, empty eyes staring out through the holes. This results in a wonderful, existentially terrifying story.

Be prepared for horrible things to happen to every character you care about. Be prepared for the death of Krakoa, the destruction of the quiet council, the annihilation of the Avengers, and the formation of a new level of hell. Be prepared for a character study centered around one of the most appealing villains the X-Men have ever faced. And what a character he is. There’s a reason that I quoted Milton for the title of this review. Here’s the whole verse (from Paradise Lost) for your enjoyment. It informs the story Gillen is telling. The lines are spoken by Satan (arguably western literature’s first-ever antihero, unless you count the considerably less complicated Beowulf) after he has fallen and stood up, strong and proud among the ashes of his own crisped wings. And did those wings resemble, I wonder, a certain tattered black cape? I’m guessing that they did:

Me miserable! Which way shall I fly

Which way I fly is hell; myself am hell;

And in the lowest deep a lower deep,

To which the hell I suffer seems a heaven.

All signs point strongly towards the ominous. Aside from Storm, Xavier, Emma, Hope, and the entire council are truly no longer themselves. The Eastern coast of America is choking to death on a massive influx of pollution. Nightcrawler has become a demon true, and Captain America (with a diamond embedded in his forehead) has assassinated the president. Things are bad, indeed, and getting worse. And I, for one, can’t wait to see how black this mirror grows.

My only criticism of this issue reflects a historic trope utterly unsuitable for the current political climate: conspiracy theorists should not be allowed to be correct. Gillen has positioned the anti-X-Gene protestors as being both totally factually correct and also looking and sounding like Qanon members protesting the COVID-19 vaccines as mind control devices. This is irresponsible (you know that some of the toadstools currently fermenting on Reddit are going to take this as evidence that Marvel is on their side) and also actively dangerous.

Yes, most readers should be intelligent enough to differentiate between reality and fiction. Still, this variety of fiction (the speculative, dystopian future narrative) always reflects reality as it actually is. Orwell was writing about the UK of his time. Atwood (flawed and TERFy as she is) was writing about the reality of hers. Gillen et al. are writing a story that is both for and about us, as we are right now. It might be a fun, futuristic horror/adventure tale (it absolutely is those things). Still, it reflects where we are right now as a culture, sacrificing our ethics and the environment our children will inhabit for our own gain. Placing Q and Truth in the same corner is a terrible idea.

Aside from this complaint, it’s difficult to conceive of a more perfect, terrifying, enthralling Evil X-Men story. Lucas Werneck’s art was absolutely magnificent. He really had a chance to spread his atmospheric wings, generating a palpable sense of something wrong growing incrementally worse, and the results are remarkable. Geoffrey Shaw, Marco Checchetto, Juan José Ryp, David Baldeon, Travel Foreman, Carlos Gómez, Federico Vicentini, David Lopez, Joshua Cassara, and Stefano Caselli all contributed pages that built on this deeply unsettling ambiance without ever reading as anything other than a unified whole. Bryan Valenza’s color work served to inform and unify the tone of the artwork. He had a difficult job, and he handled it absolutely brilliantly.

This issue was a powerful introduction to a hideous new world. Fans of dystopian futures will not be disappointed. This is the sinister start of an entertainingly horrific event. I cannot wait to see what happens next.

Sins of Sinister #1: Myself Am Hell