Sins of the Black Flamingo #3 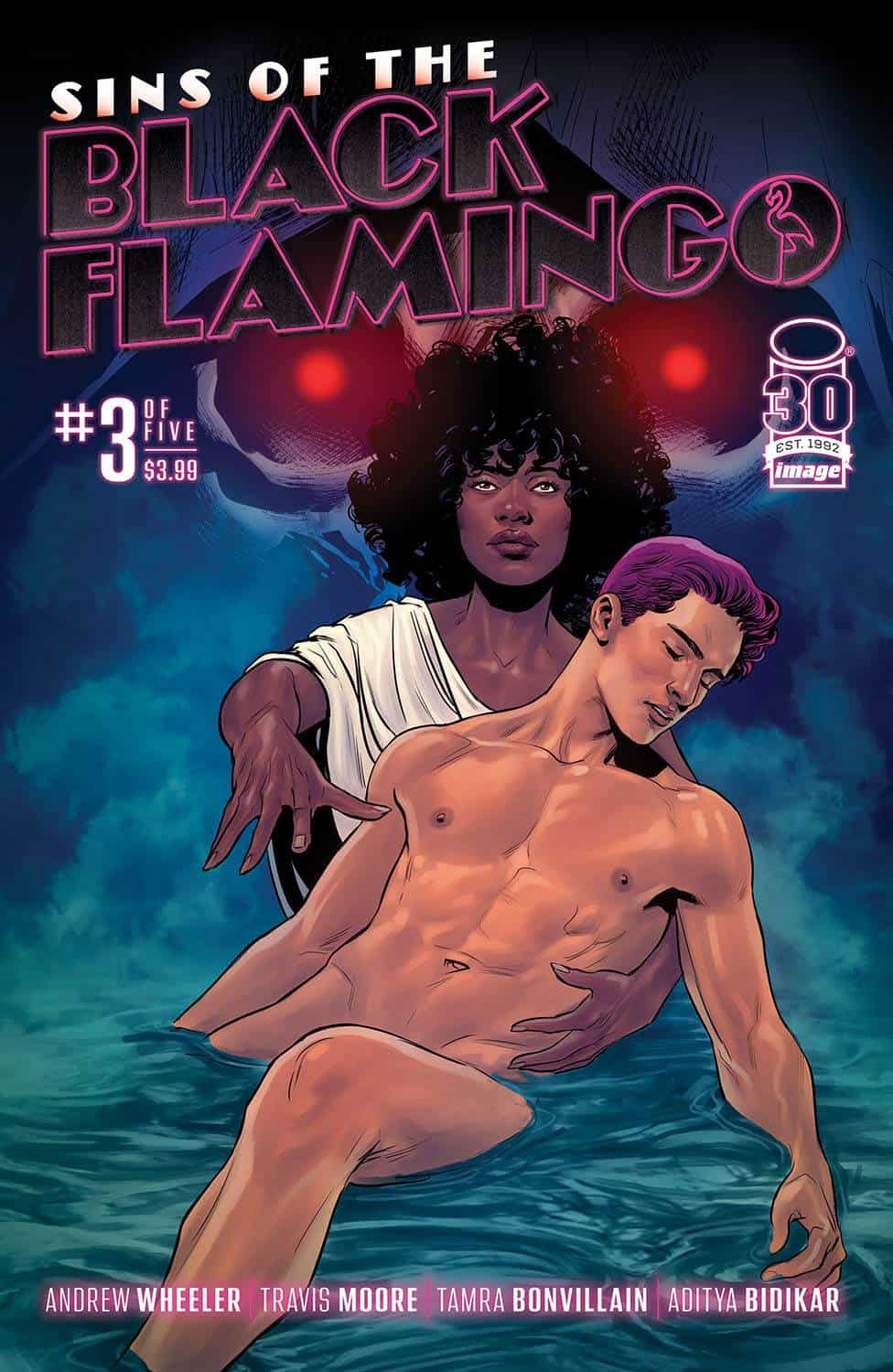 Sebastian Harlow is finding himself falling in love with the angel he saved from imprisonment. An angel he doesn't even believe should exist. At least, that was happening before Sebastian went and got himself shot by big-time Floridian fascist and aspiring god Thorndike Scar. That was a tad inconvenient.

While a comic this gorgeous could probably score rave reviews while privileging style over substance, Sins of the Black Flamingo reminds us that it’s possible to have the best of both worlds without diminishing either. On the one hand, this is a book in which writer Andrew Wheeler and artist Travis Moore make critiques of American fascism and explore what it means to question one’s faith (whether or not one is religious). On the other hand, it’s a slick-looking heist thriller with a supernatural sex scene smack dab in the middle of it. 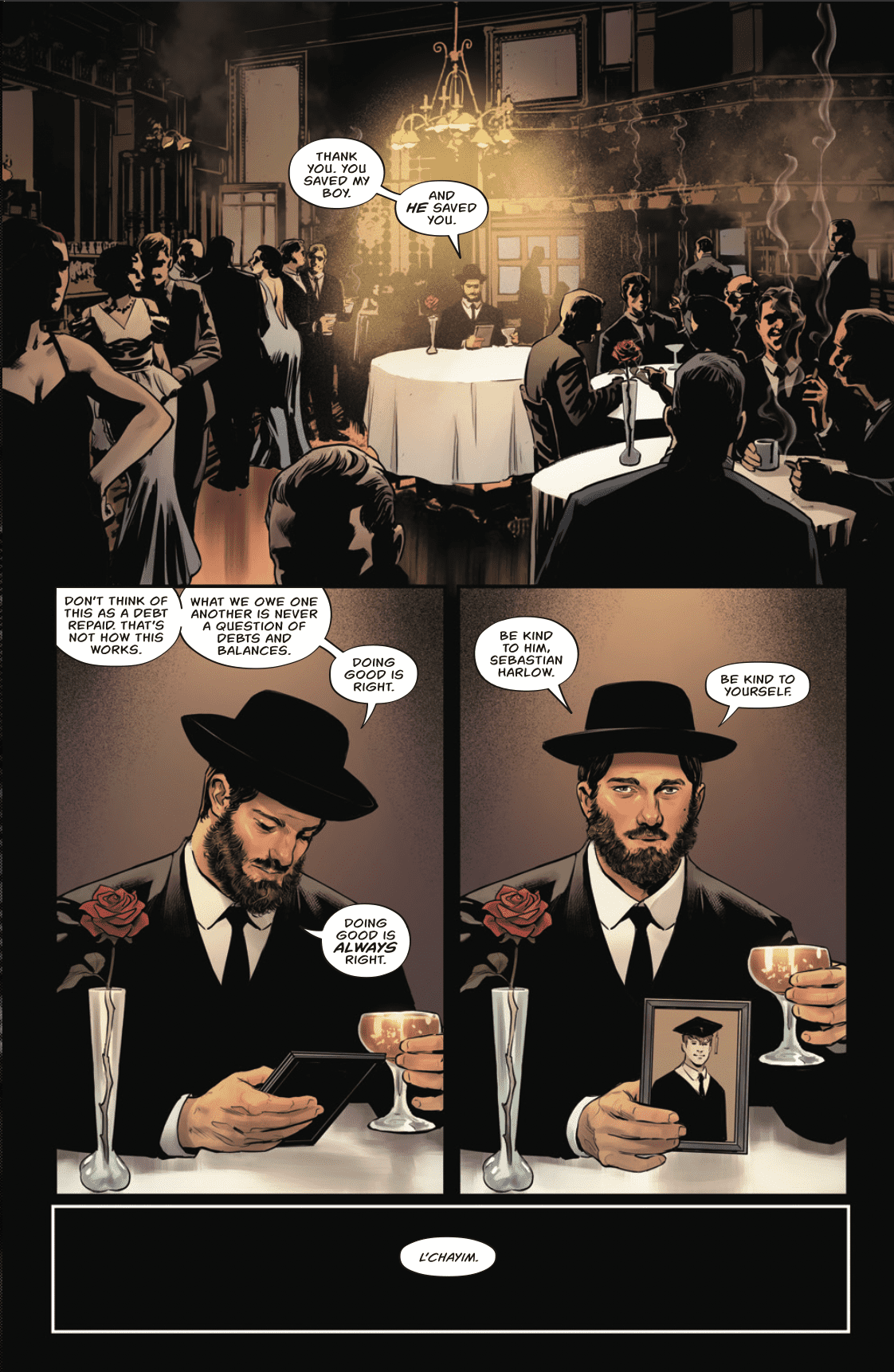 Beginning moments after Sebastian is brought back from the dead, the first half of this issue of Sins of the Black Flamingo is one of the miniseries’ most peaceful thus far, but one brimming with all of the anxieties that come with changing one’s perspectives, near-death experiences, and loving someone better than they deserve. Wheeler’s narration and dialogue are equal parts sharp wit and sentimentality, but never for a moment shy. 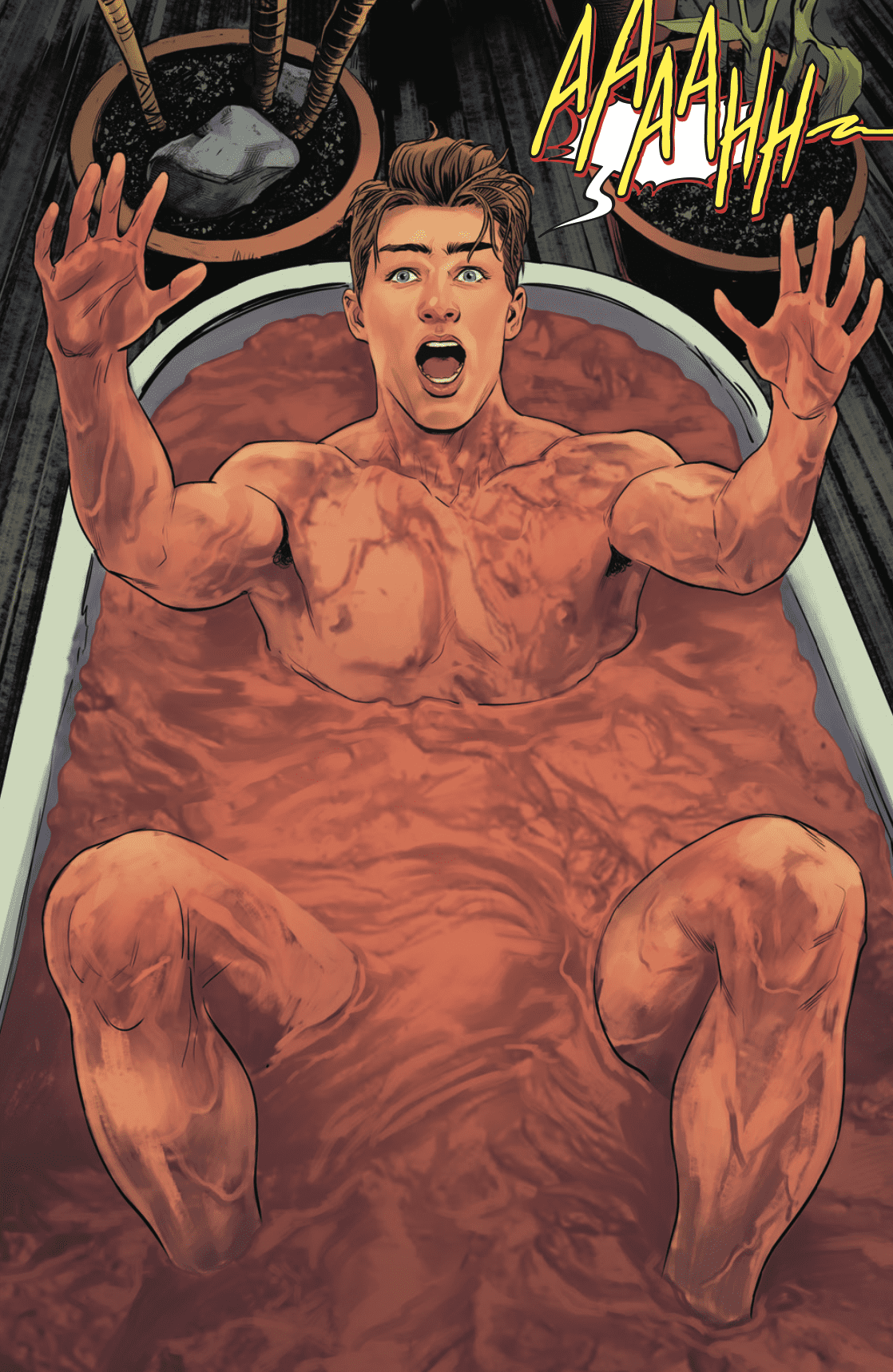 Artistically speaking, it’s nigh impossible – and honestly unfair – to discuss the issue without discussing its liberal quantities of nudity. To do so would mean not just ignoring the Comics Code’s decades long prohibition on depictions of queer characters but ignoring how beautifully and tenderly Travis Moore draws men. He draws every aspect of his three male protagonists – expressive eyes, perky pecs, and gently parting lips – with an expert hand (though the comic isn’t really a poster child for body diversity). The beauty and sensuality of Moore’s work is emphasized by colorist Tamra Bonvillain, who uses lots of soft lighting and fully renders characters throughout. And as with everything in Sins of the Black Flamingo, this nudity has a point, drawing into focus what it means for men to be vulnerable with one another, not just physically but emotionally. What does it mean to open yourself up to someone with the knowledge it could mean getting hurt down the line? 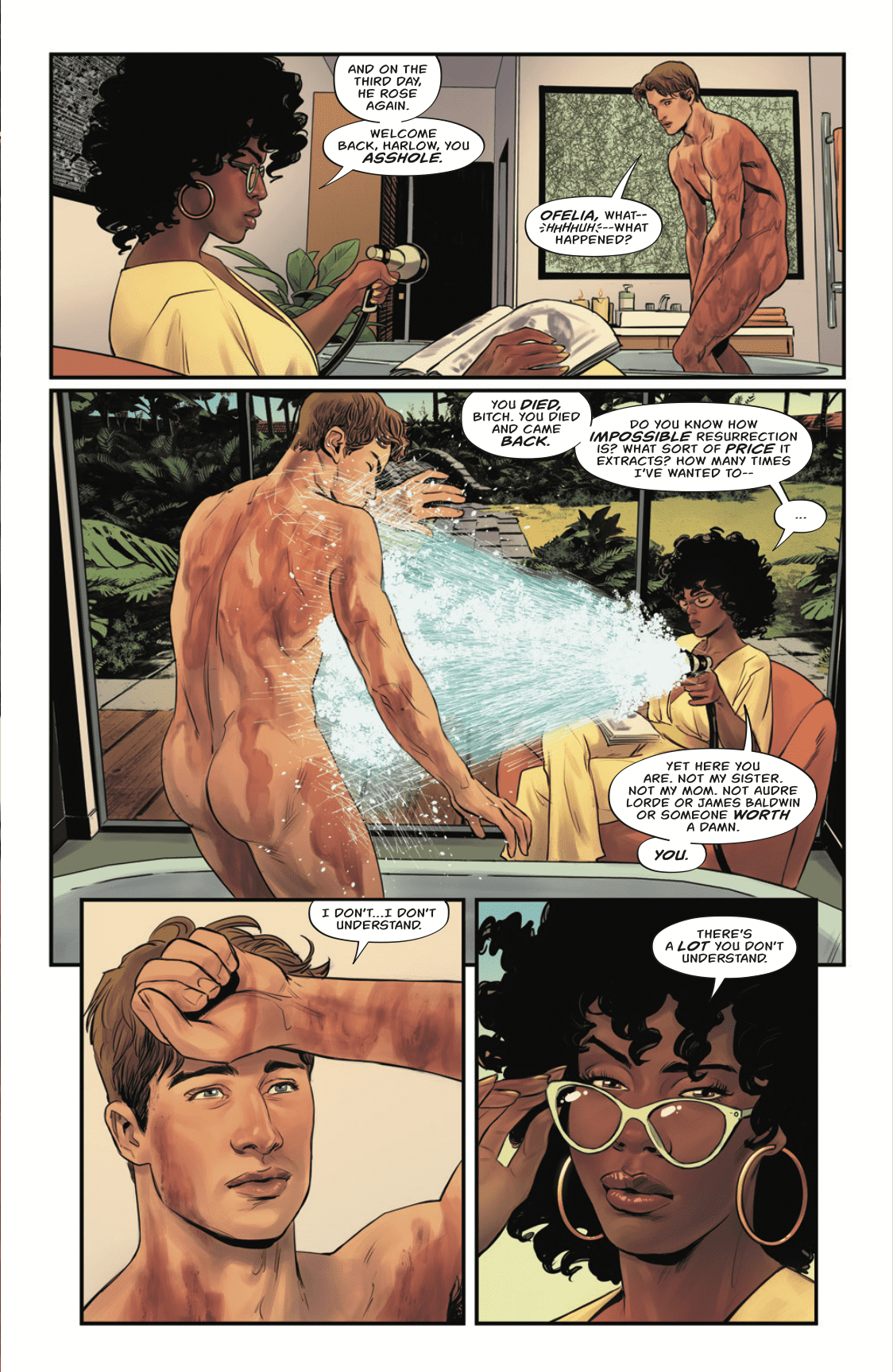 When the series’ horror elements and fascist threats resurface, the visuals of Sins of the Black Flamingo turn on a pin. Suddenly, Moore fills the world with sharp panels and heavy black shadow reminiscent of noir, amplifying the escalating suspense. Bonvillain’s coloring, meanwhile, leans into ominous dark blues and blood red. Barely back from the dead, the issue leaves Sebastian – and readers with him – on the edge of a narrative precipice. If only next month’s issue weren’t such a long ways off!

Sins of the Black Flamingo #3 is a perfect marriage of style & substance. It’s unapologetically queer, unflinchingly antifascist, and a tender exploration of what it means to have a crisis of faith. And it looks great doing it.