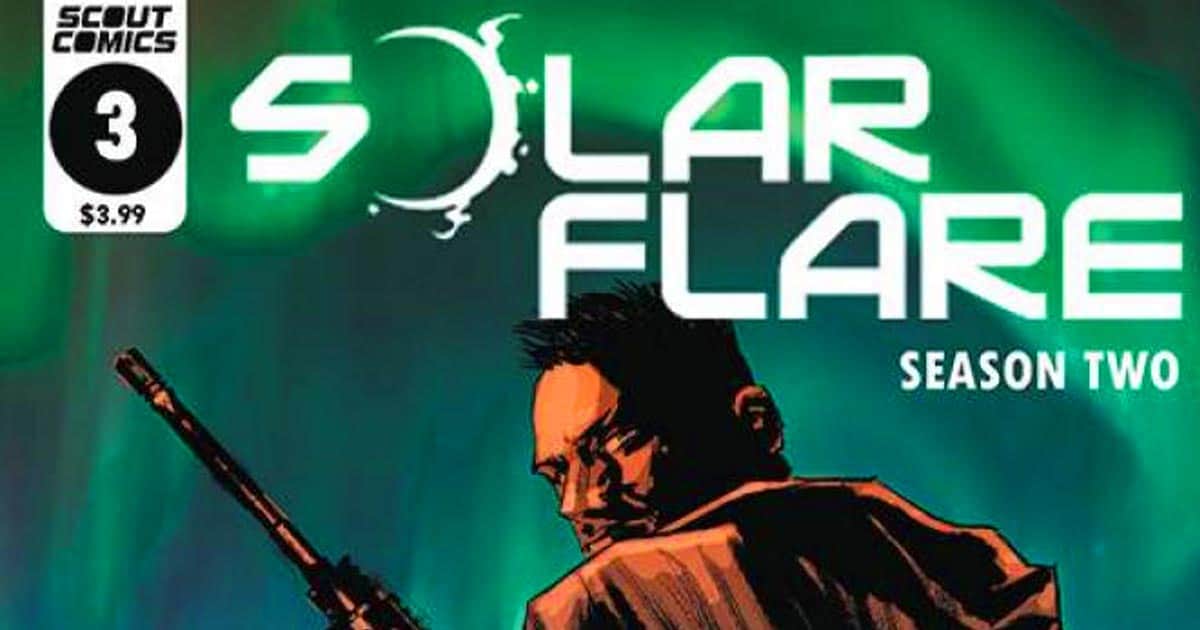 A humongous solar flare has knocked out every electronic device on the planet, crashing planes, destroying computers and driving the entire Earth to a grinding halt. Jake Clifford, one of the survivors in a small town in Florida, has to make his way to North Carolina to find his daughter, meanwhile they’re being hunted by a radical militia, The New Americans! 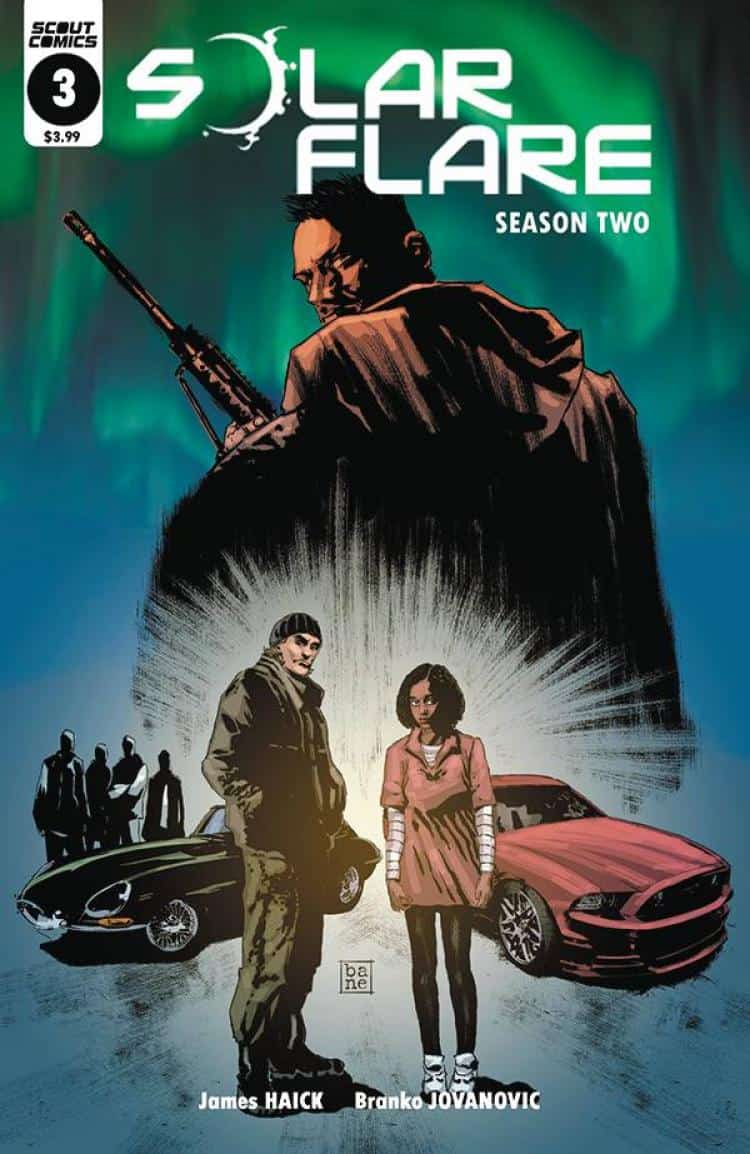 A massive solar flare has knocked out power to the entire planet, the world is in turmoil, or so we assume, no phones, TV or internet. The story focuses on Jake Clifford, a resident of Fort Meyers, Florida (recently hit hard by a hurricane, there is a special charity version of season 1 available here) who has banded with a group of friends to make his way to his daughter, Mazzy, in North Carolina, the group then plans to head to a secret government installation that was built to withstand such an event.

They’re not alone, a violent right-wing militia group called the New Americans is sweeping across Florida like a plague assimilating anyone who will join, killing people who won’t, among them is Jake’s uncle, who heard mention of the secret installation unaffected by the catastrophe and wants to use it to gain the New Americans a leg up in their coup of the US Government!

What You’ll find out:

The group has reached Jake’s client’s house, where they hope to find supplies and possibly an older car. (microchip-less cars are unaffected by EMPs, something to remember when the apocalypse comes!) Turns out Jake’s client is a former Devil Rays pitcher, they talk baseball for a while Jake gets the spare keys. They notice the sliding glass doors are open, they might not be alone. 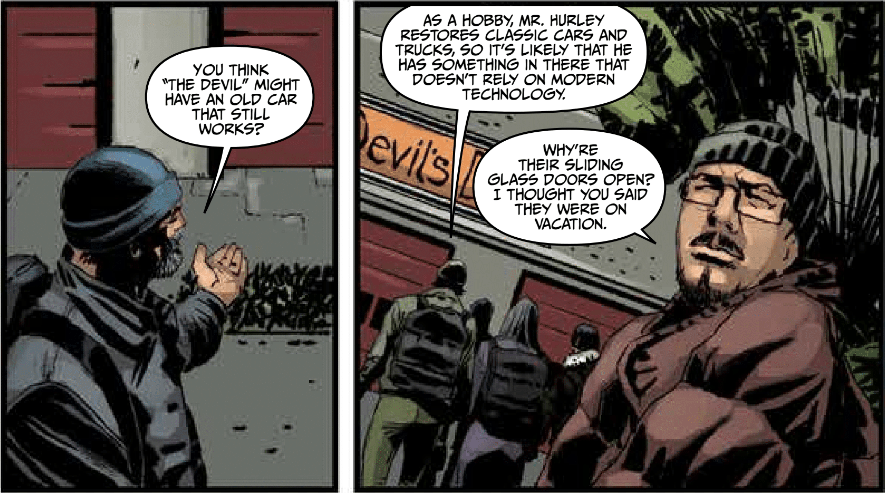 Jake and Figs assistant (her name is seriously escaping me right now) start to search the house, which has been thoroughly ransacked, suddenly an alarm goes off, loud and clear in a world without electricity! In a nearby house, a group of armed New Americans looks up, having just murdered a man, they are headed for Jake and the group! 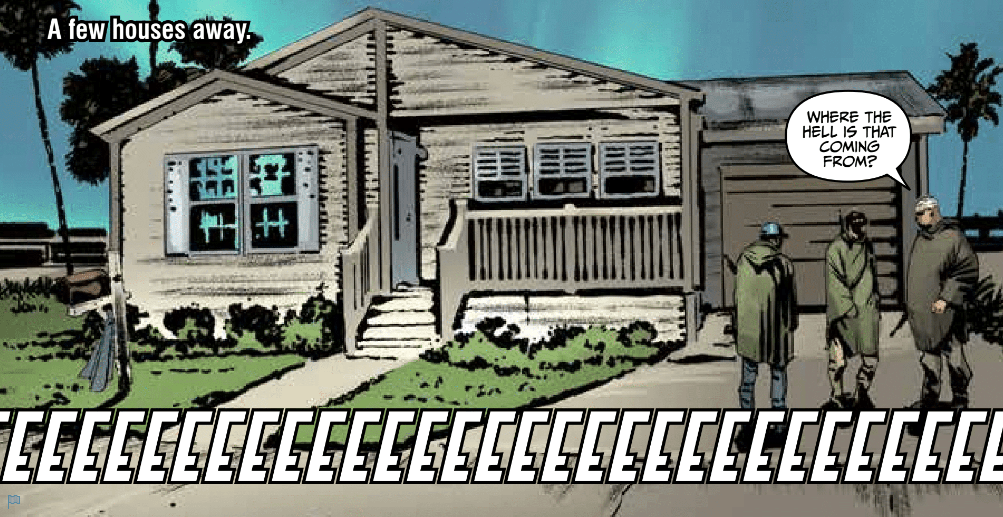 The end of this issue was incredible! Pick it up at your local comic book store or on their site Today!

I am loving this series, the idea of doing a series set immediately after a catastrophic natural disaster is amazing! I might be feeling this particularly after being without power for 3 days last month, life breaks down quickly! This issue was a bit more stage setting but I get the feeling we’re getting to something big as there’s a solid chance the New Americans know where Jake and the group are now!

Speaking of which the New Americans have gone from lone whackos to cold-blooded murderers so fast it’s insane, more insane is the feeling that it could actually go down exactly like that, you just know there are 20 guys with assault rifles in a compound in the mountains just waiting for an excuse to seize control of whatever the nearest town is.

There was a minor scuffle within the group as well, won’t say between who but it’s been coming since Season 1, I don’t think it’s over yet. A nice callback to the original series.

The second half of this issue did do a bit more to reveal what might be happening around the state, which I liked a lot as info has been scarce as of now, I can’t wait to see what happens next, pick up a copy today!

The art in this series has been rock solid, really grounded and believable, especially considering the world has been plunged into darkness temporarily by the solar flare, the Earth’s magnetic field stretched to the breaking point and twisted into a perverted Aurora.

I liked the alarm tone bleeding through several pages of panels as it went on, again from personal experience when an alarm starts blaring it’s all you can think about, a nice touch.

Displaying a flair for storytelling (ha pun) that isn’t often present in the big 2, this book has become one of my favorites almost overnight (I picked up issue 1 of season 2 last week at the LCS and ran back the next day for volume 1 I liked it so much) and I’ve been recommending it all over town! Seriously, pick up a copy today!