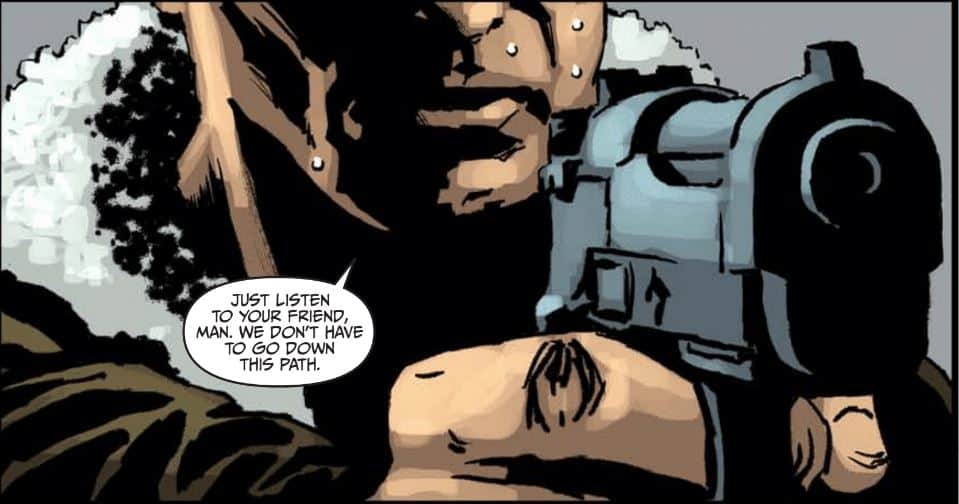 A Solar Flare has wiped out anything with a microchip across the world, now one man must travel across the country to find his daughter, but a paramilitary organization is using the flare to attempt a coup, and Jake is in their way! 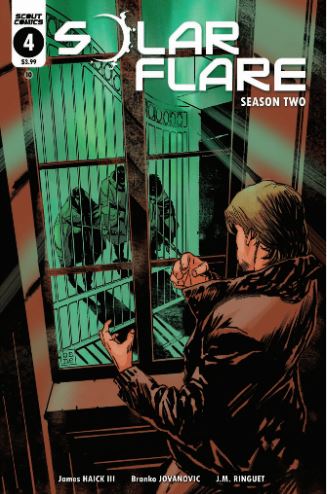 What You Need to Know:
A Solar Flare has wiped out electronics across Florida, (possibly worldwide, our view is pretty limited, no phone, TV or internet) one man has to make it a couple states over to find his daughter, who was traveling at the time of the flare. He, a couple neighbors and a pair of scientists who he’s taking to a lab on the way, have no choice but to walk the seemingly insurmountable distance.

Meanwhile, a militia, The New Americans, is attempting to stage a large-scale coup of Florida, 2 days without Netflix and it’s high treason, doesn’t seem too far-fetched. They have been convinced by Jake’s idiot uncle that the 2 scientists walking with Jake are terrorists responsible for the power outage, and are hunting the group, killing indiscriminately and stealing whatever they want.

We open on Jake and Sammy (a friend of Jake’s) walk through her parent’s house, which still has power due to her parent’s protection against this kind of thing. (it can be done look it up, not a terrible idea) As she leads Jake up to her parent’s room for a shoulder sling (he dislocated his shoulder back in issue 2 remember?) he notices a huge mess on the main floor, as they head up the stairs she tells him she was having a huge party when the power went out, which explains all the cars on the street outside. All the guests took off when the power went out without cleaning up. 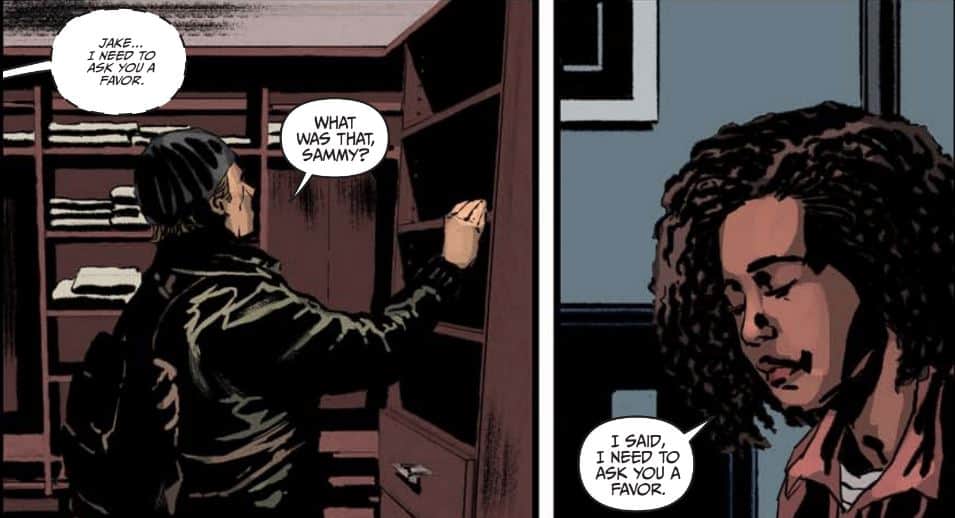 They reach the room and she finds Jake the sling, as she helps him put it on she asks if she can come with them, she doesn’t want to be alone. Jake tells her it’s too dangerous with the New Americans hunting them, and she gets upset. Jake notices some New American gear in her dad’s closet, we already knew he was a member so it’s no surprise. She says he was a member but bailed when he found out the group had ties to some racist groups.

Suddenly a banging reverberates through the house, they run to the window, and spot a pair of New Americans knocking on the gate with automatic weapons! They’re coming in! Jake runs downstairs to warn the others as they climb the gate.

Love the way this all turns out! Pick up a copy of Solar Flare #4 yourself from your local comic book store, Scout’s website, or Comixology!

What You’ll Find Out:
I’m still enjoying this series quite a bit, but it does seem to be moving pretty slow in terms of plot, I will say the end of this issue sets next issue up for a big plot reveal of some kind (hoping for a look at the boss…) I just don’t feel we’ve moved too far from where we were at the start of the arc.

I like Sammy and hope she goes with the group, she seems more positive and capable than most of the rest, I think she makes a good addition. Not to mention she has guns and working cars…

The art in this series is pretty consistently good, especially the colors when outside, where the sky is a spectacular green and black due to the flare hitting earth’s magnetic field. Likewise, there is heavy use of shadow due to the perpetual state of twilight which works really heavily into the artistic team’s strong visuals. In particular, for whatever reason, the shots of guns (including one close up) look really well drawn and proportioned.

I will mention one nitpick with the art, there’s a point when she asks to go with the group and Jake refuses, and she cries. (at least I think she does) The tears just kind of sit on her face like white globs, and aren’t really obviously tears, I actually went back to make sure it wasn’t makeup. Really minor complaint, 2 panels. 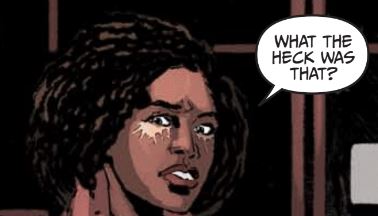 What the heck indeed!

A big ending to this issue helps (hopefully) push the plot forward some, next issue will determine the strength of this arc compared to the first one, I am optimistic writer James Haick will pull through.