The Legacy of Judas (Spirits of Vengeance #2 Comic Review) 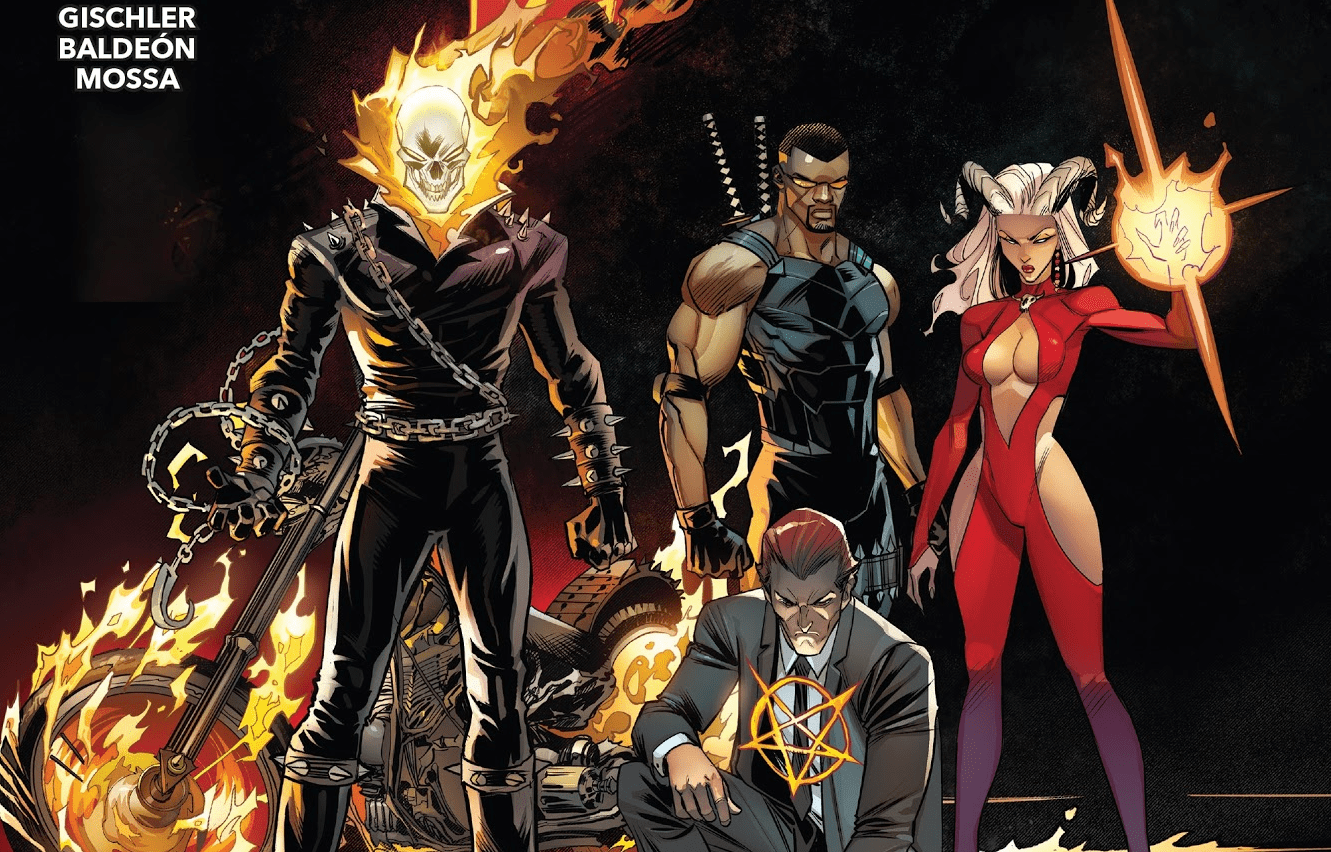 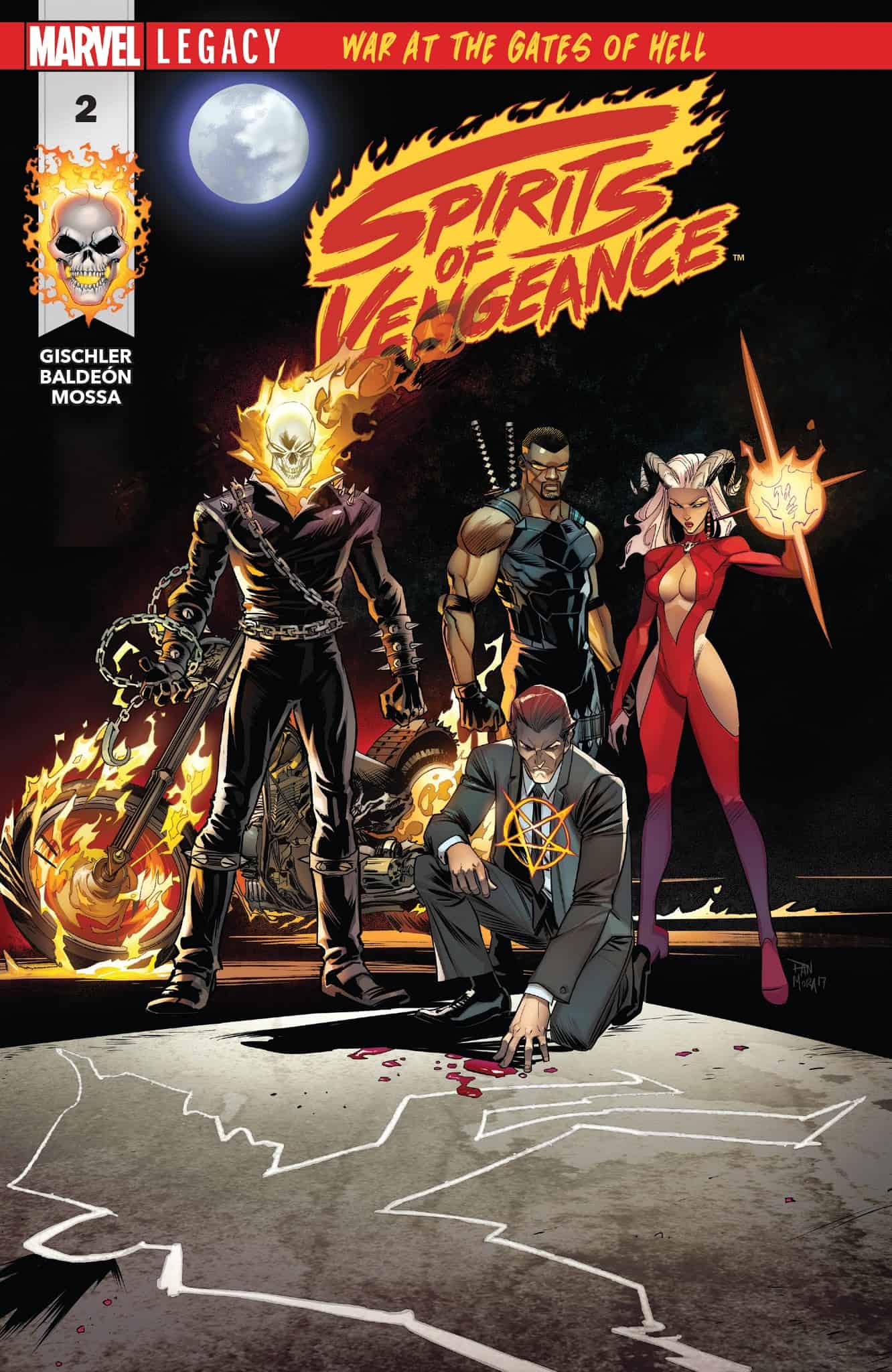 Angels and Demons both begin to die as Spirits of Vengeance kicks into overdrive.

The war between Heaven and Hell has raged since the beginning of time. Unseen forces are beginning to tip the scales. Ghost Rider, Blade, and Daimon Hellstrom continue their investigation into the mysterious silver bullet and the covenant.

There’s a bounty out on Johnny Blaze. Necrodamus and Razan have big plans to move up the demonic food chain and aren’t willing to take chances. Anyone who has seen the silver bullet has to be eliminated. After a botched attempt to eliminate the Ghost Rider, an interrogation, and a bit of research, Daimon realizes that the ever popular bullet, manufactured by the 30 pieces of silver Judas received for the betrayal of Jesus, has the power to destroy eternal beings and bring a true ending to the eternal conflict between good, evil, and every poor soul caught in the middle. Daimon decides a family reunion is due and seeks the aid of his sister. Enter Satana. 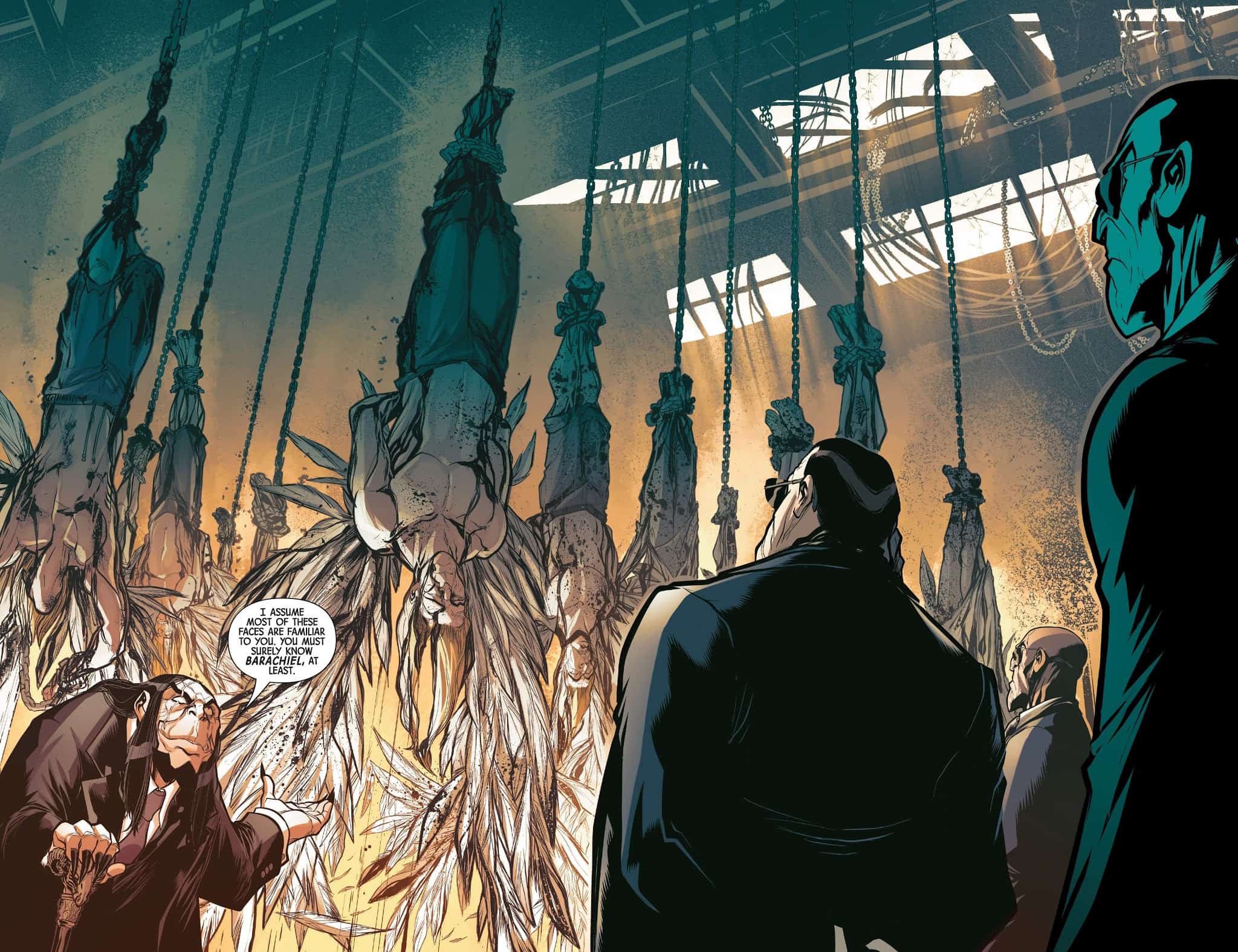 Spirits of Vengeance second issue maintains the same pace as the first and continues to build the lore around the overall storyline. The silver bullet’s origin is revealed to be produced from the dirtiest money in history. I thought  Gischler’s storyline about a war between the divine and the damned while borrowing mythos from the conspiracy against Jesus was both clever and inspired. The overall creative team behind SOV does an excellent job of establishing an atmosphere that doesn’t get bogged down in cliché tripe by utilizing vivid imagery and bright colors, resisting the more obvious tendency that too many other comics do when trying to express grave circumstances revolving around apocalyptic storylines by drowning everything in obscure dark tones. 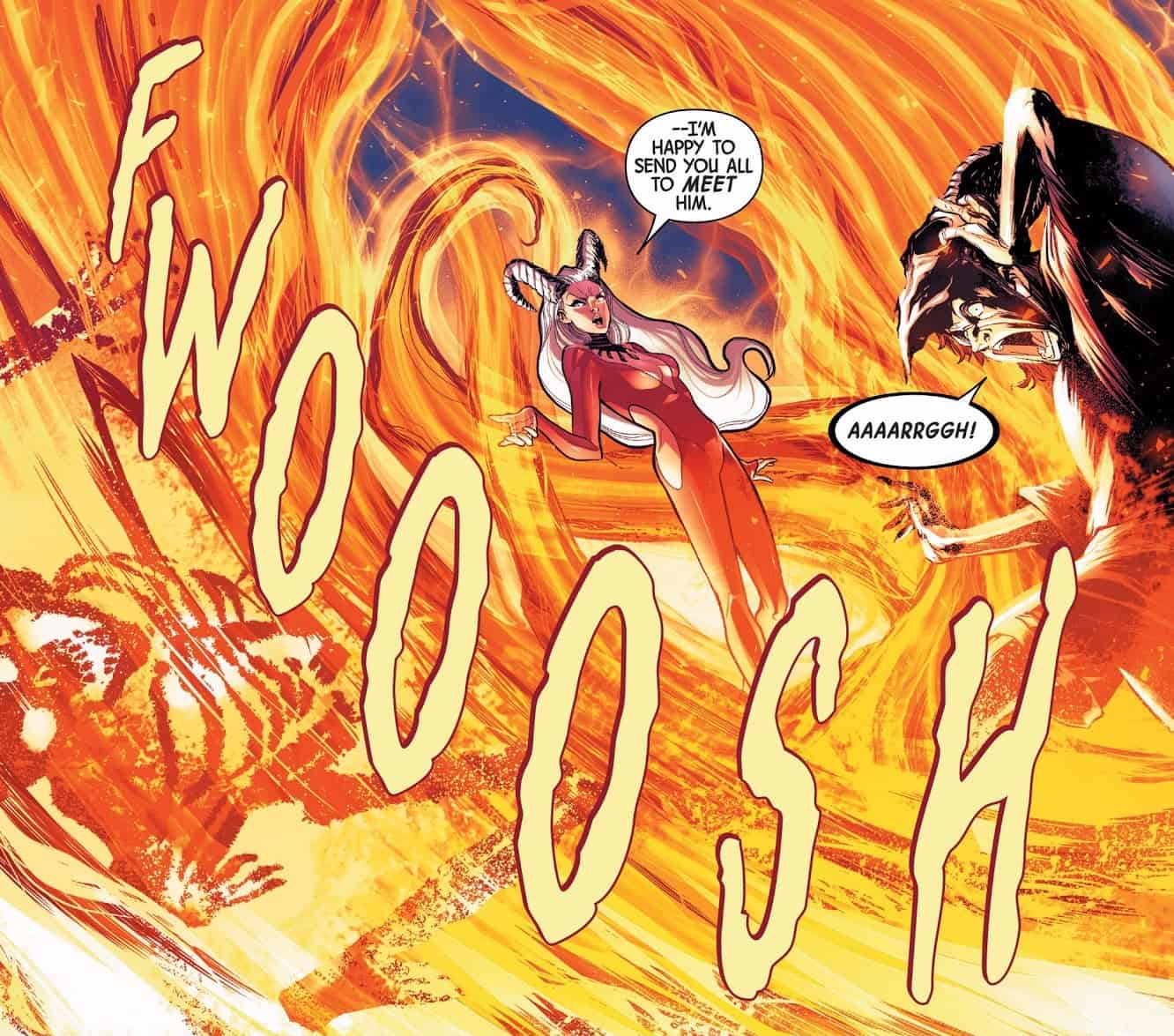 The roles of the main characters are perhaps the most surprising and enjoyable element of SOV. When I heard of the title’s debut, though I had no previous significant exposure to any of the characters, in particular, I assumed that the Ghost Rider would be the lead with a band of minor hits behind him, lending the occasional break and offering slight variety coupled with the banter of a supporting cast. I am pleased that so far, this is not the direction Victor Gischler has taken. Though Rider is significant within the story, equal focus is provided to Daimon Hellstrom who acts as the principle knowledge and is Marvel’s response to Constantine, and Blade who offers his own distinct origin that ties him into the cast. Satana makes her entrance in the issue’s final pages with all the spectacle and promise that she’s known for. I am truly very pleased and surprised by how much I am enjoying this comic which though it’s still early being only the second issue, looks to have some staying power in a very fickle fan climate.

Final Thought: Spirits of Vengeance is a unique book within the current Marvel catalog. The story, artistic design, and colorful display hit all the right marks.  If you’re a fan of the supernatural genre and enjoy religious iconography and themes, this is the book for you.