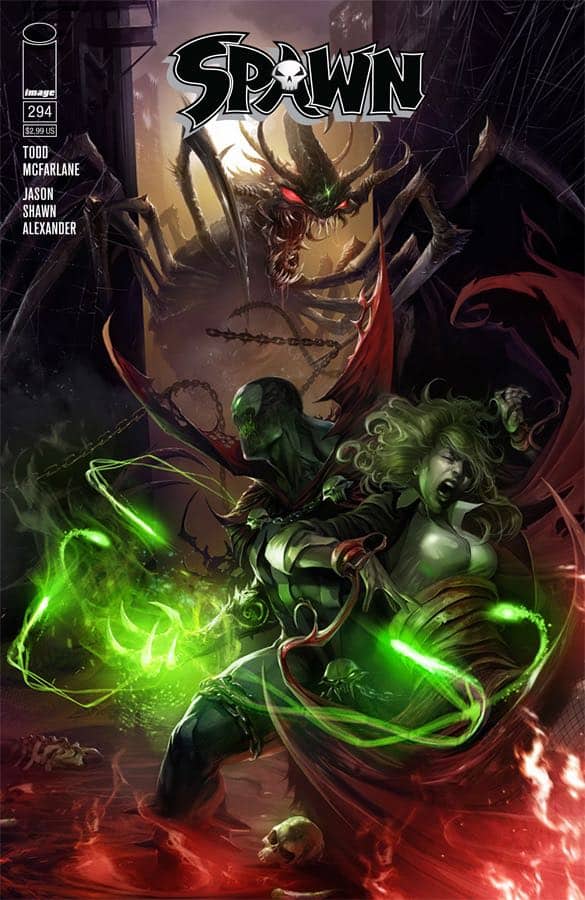 As Spawn continues his plight to find who killed his wife, Wanda, Gabrielle, a demon
from long ago, returns to help a demon from Hell to fight against Spawn. Elsewhere, a
large explosion alerts Spawn to a nearby clearing. Out of the smoke, a figure appears.
Not sure if he’s an angel or demon, Spawn approaches him. The figure creates a dome
around them and invites Spawn to fight. They begin an epic battle that ultimately looks
like Spawn will lose, but at the last minute, he succeeds in defeating this seemingly
dangerous creature. The dome dissolves and Spawn morphs out of his costume and
shows the humans gathered around, his true identity.

Spawn’s intricate plans come to fruition as his true identity explodes into the public realm in an issue that will keep you on the edge of your seat, from start to finish! 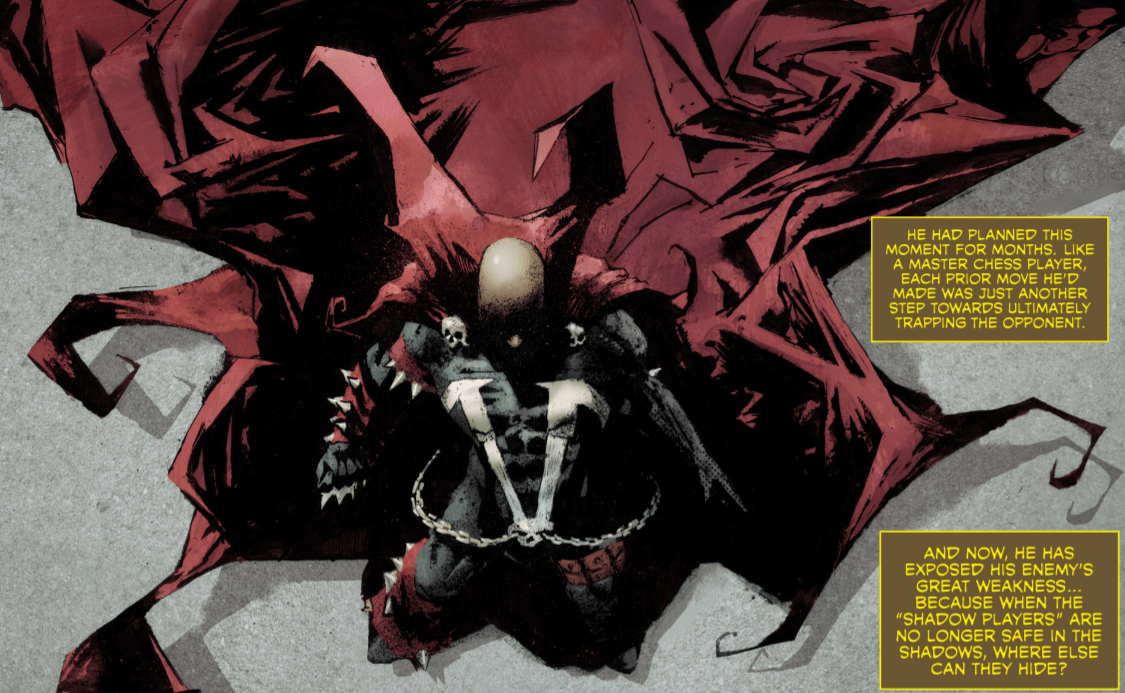 McFarlane’s latest arc leading up to the historic issue #300 has been an excellent example of some of the highest quality storytelling available today, and this latest issue is no exception. Spawn #294 expands on the overarching narrative while still pushing the intensity even higher, continuing an exhilarating story that shows no signs of slowing down.

The key aspects of this issue can be broken down into both the public’s reception of Al Simmons’ claims and Spawn’s confrontation with the Violator. While both push the narrative forward in interesting ways, it’s exciting to see how the creative team is also attempting to essentially merge the identities and intentions of Al Simmons and Spawn. In the past, we have often seen these two entities pulled in separate directions, but with Heaven and Hell vying for influence over worldly affairs, it seems like nothing will get in the way of Spawn’s plan to save humanity’s souls.

Although McFarlane’s story is undoubtedly among his best work yet, the true highlight of this issue and the latest arc in general, is the artistic direction from Jason Shawn Alexander, FCO Plascencia and Tom Orzechowski. Alexander’s illustrations are verging on iconic as it seems like each new panel is better than the last. The attention to detail and sheer magnificence is truly difficult to find anywhere else. As always though, it’s hard to imagine such a great Spawn story without Orzechowski’s definitive letters. His work sets the tone for the issue, helping it to succeed on nearly every fundamental level.

After Spawn and Violator’s savage fight, we are left with a cliffhanger teasing Spawn’s death as he hangs helplessly in the desert. While this seems unlikely, it will certainly be a wrench in Spawn’s grand scheme…

How will Spawn get out of this one? And what do the sinister forces conspiring against him have planned upon his escape? The next issue is poised to hold these answers and more!

Spawn #294 continues the near-masterclass in storytelling that has helped make the latest arc so brilliant. With excellent writing and otherworldly artwork, the latest issue of Spawn engages readers with a powerful story that will surely have them anticipating what’s to come.