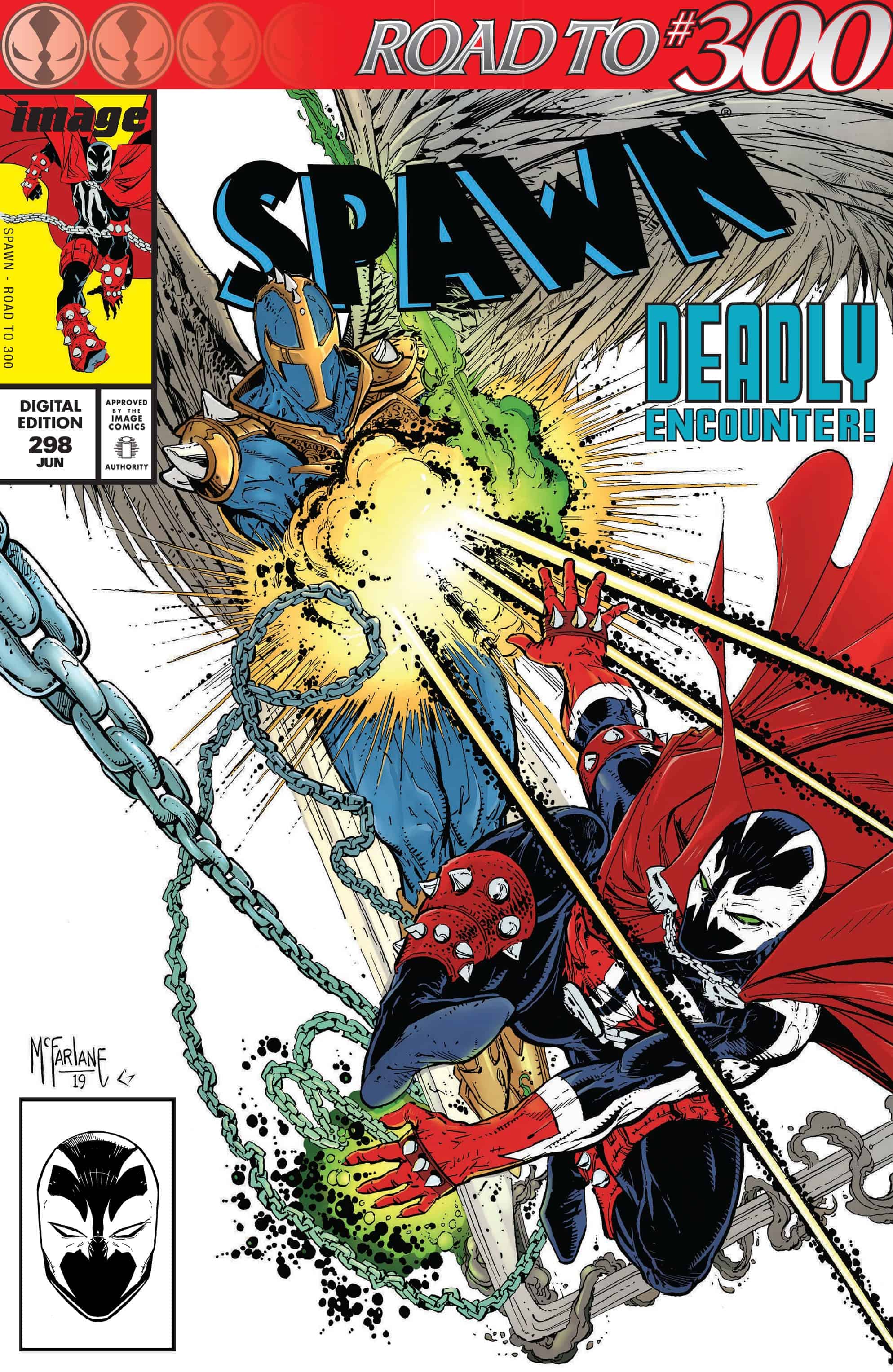 "WAR TO 300,” Part One TWO ISSUES ‘TIL SPAWN #300! Spawn vs. the full might of Heaven’s newest Godsend—ROUND 1! TODD McFARLANE and JASON SHAWN ALEXANDER up the ante in this lead-up to SPAWN’s record-setting 300th issue, featuring TODD McFARLANE’s special parody recreation of one of his own classic comic book covers!

With the History of Spawn behind us, the road to 300 just got a lot more real! The forces of Heaven and Hell are conspiring, and humanity is still struggling to find their place in the upcoming conflict in Spawn #298! 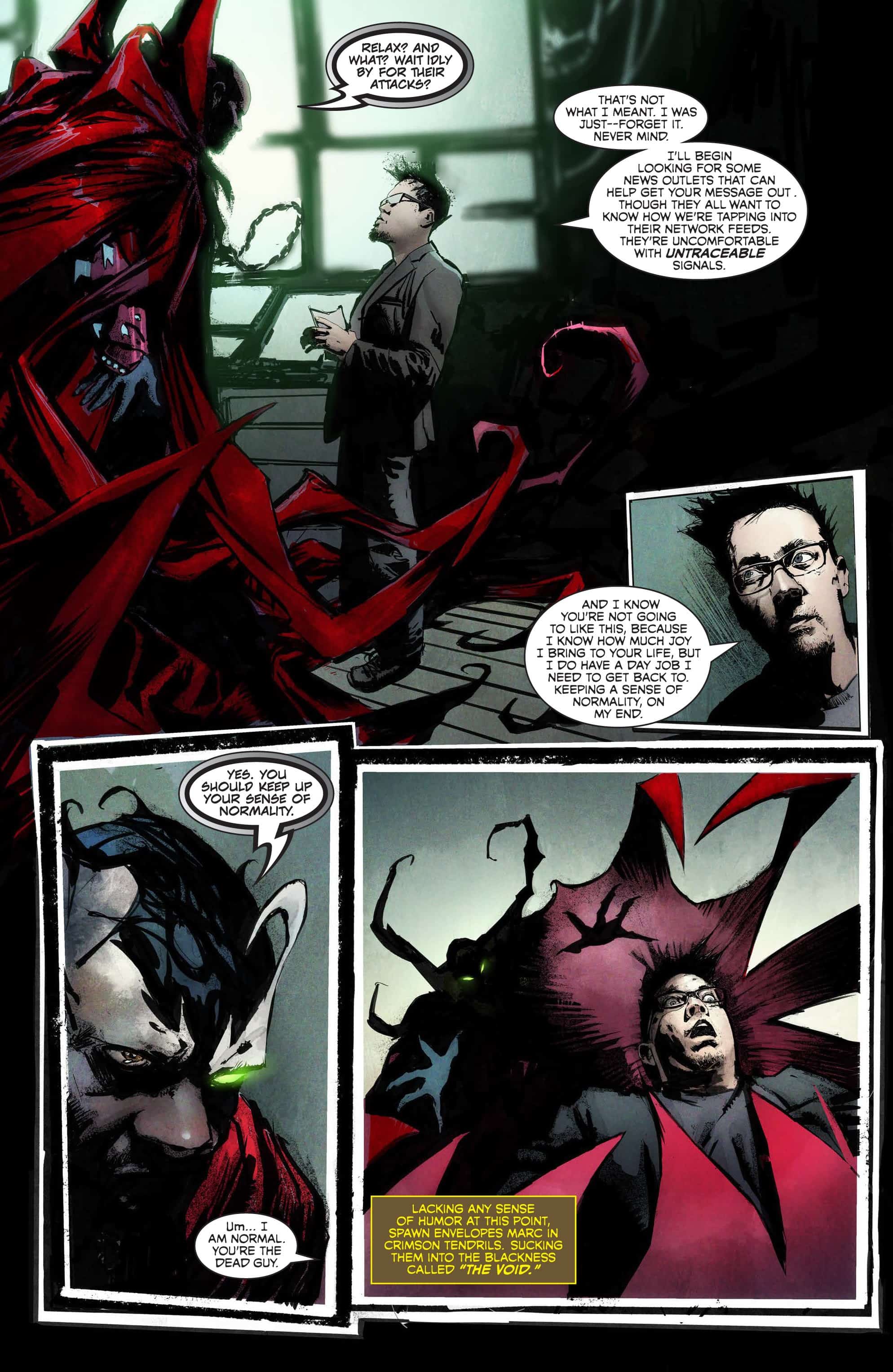 There isn’t much that can be said of this issue that hasn’t already been covered over and over again on the road to 300. That is both a good and a bad thing. The quality of Spawn #298 is undoubtedly high, with Jason Shawn Alexander’s artwork once again stealing the show. But in keeping up with the designated outline getting us to issue #300, this one doesn’t really get a chance to offer anything particularly new or riveting. It was supposed to kick off the main story that leads us into the groundbreaking issue #300, but it mainly just continues the story that was occurring before the History of Spawn arc.

The pieces that we see in motion in Spawn #298 have started long before this point, so it is hard to shake the feeling that this is just the calm before the storm. And the story really is relatively calm considering the nature of what is happening. Aside from the quick fight in the police department, Spawn has been restrained to letting certain events happen before he can truly act. This gives the impression as a reader, that the issue’s real importance is in building up to the coming events of issue #300.

The new Godsend and the cliffhanger ending provides more opportunities for the artwork to shine, but it ultimately just isn’t enough. His “portal home” has been infiltrated though, so it seems his days of hiding and letting things fall into place are certainly limited. Hopefully this means the action can start to pick up and everyone’s plans will come to fruition.

Spawn #298 isn’t necessarily a bad comic, and its usefulness is apparent, but I still just want more. Issue #300 is going to be huge, but we aren’t there yet, and this issue only makes me wish we were. Spawn has gone public, the war against Heaven and Hell is brewing and the forces are conspiring.

Let’s do this already.

'Spawn #298' continues to build tension and lay the groundwork for what's to come in issue #300, but that has been going on for some time now. It's time for things to truly start happening...