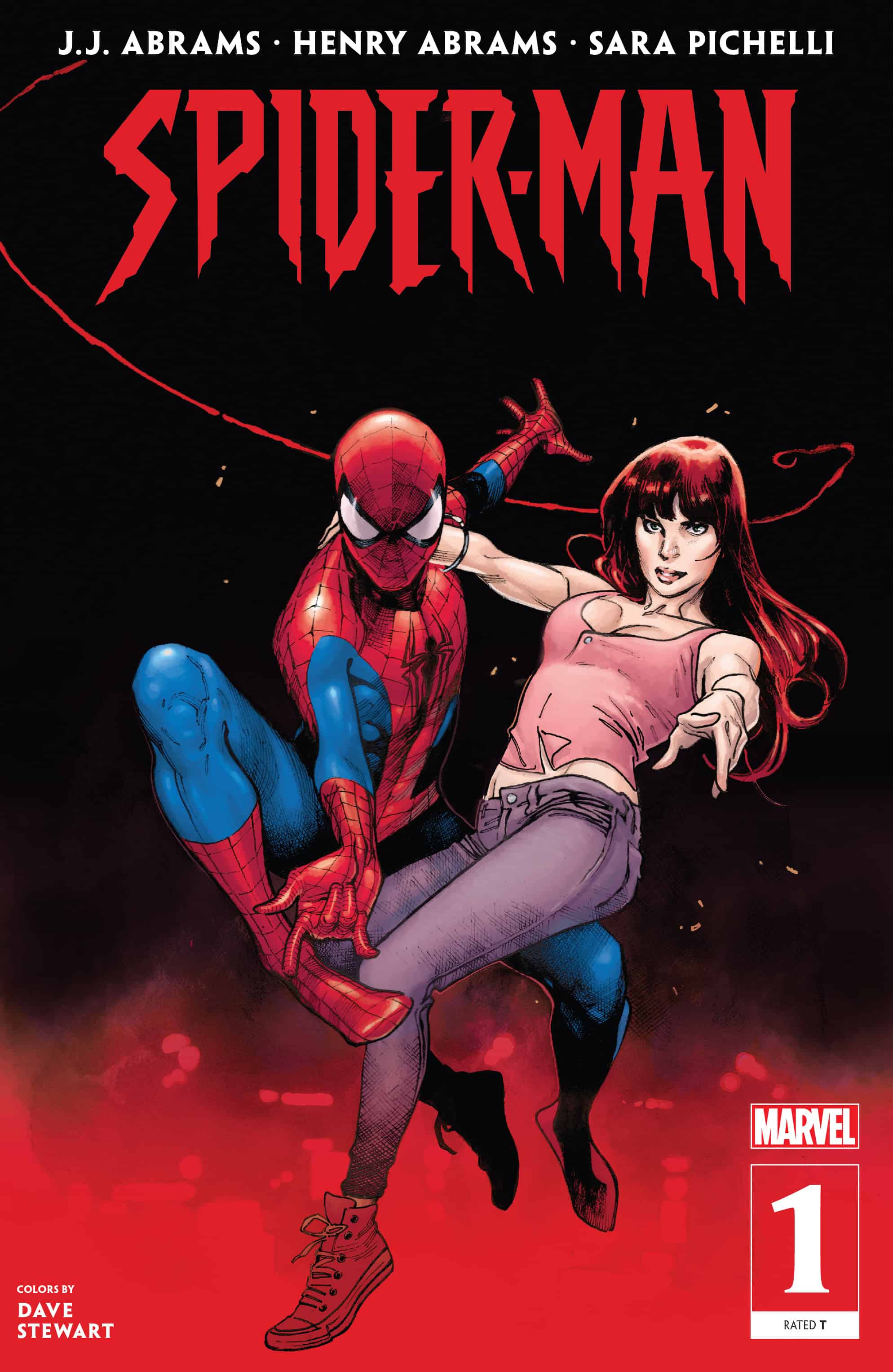 New York is ablaze with destruction! And at the center of it all lies Spider-Man! Have no fear, though, because the ever-lovin' Mary Jane is at his side! 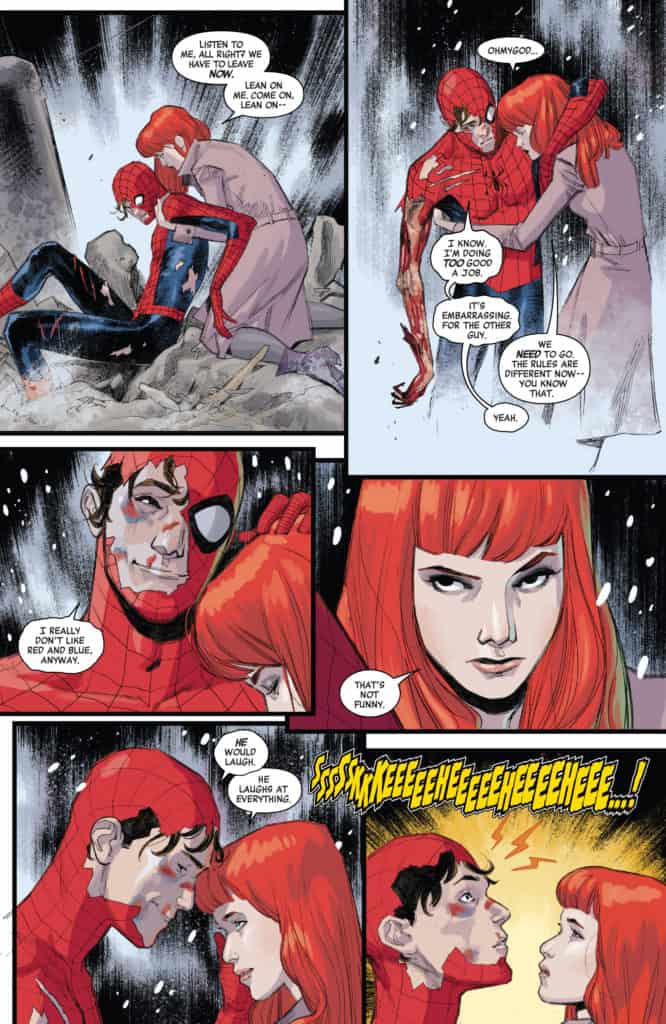 At the center of all the destruction is the monster Cadaverous - who's about to change Spidey's life in ways he could never possibly imagine! 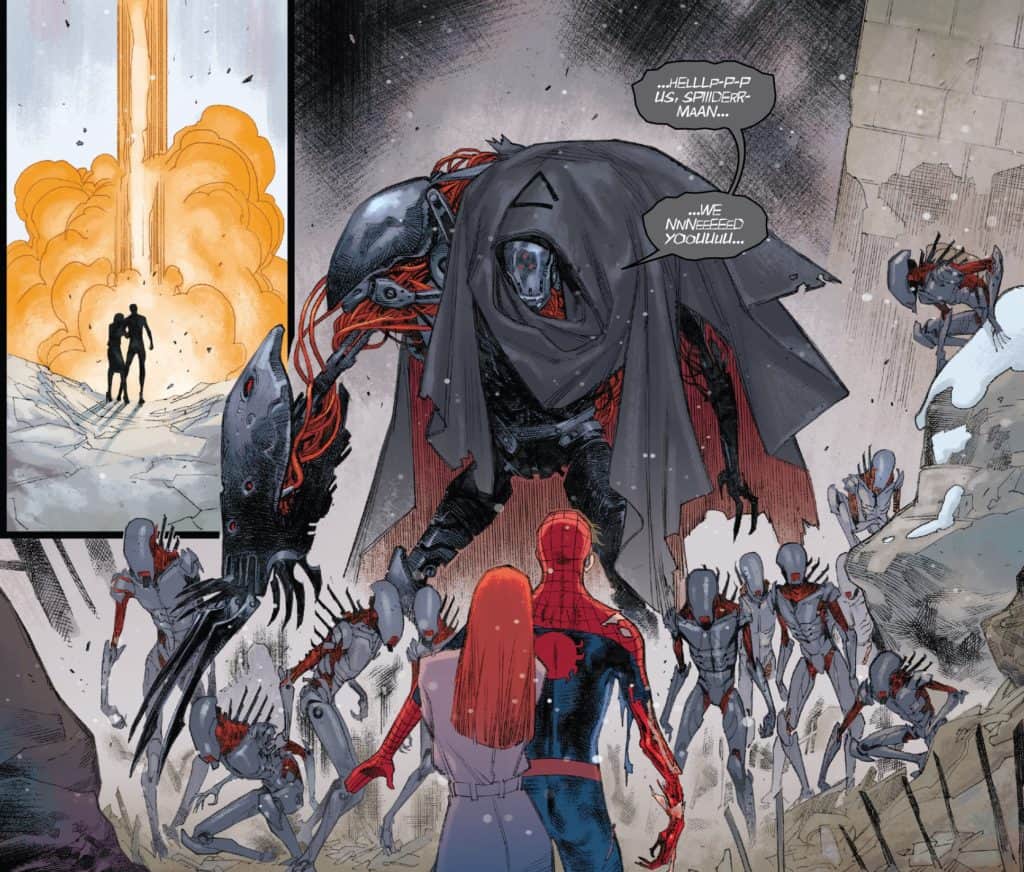 Who is Cadaverous? What does he want? Hang on, True Believers, because here comes a swingin' Spider-Man story like you've never seen before!

I’ll be the first to admit that J.J. Abrams writing a Spider-Man comic rubbed me the wrong way. Whenever “tourist” writers from other media take a stab at writing comics, the end result tends to be mixed (exception: Greg Rucka’s entire career). Abrams’ name in and of itself brings a lot of weight (not to mention expectations) – this is not only the creator of Lost and Alias, but he’s also managed to reimagine and reinvigorate both of the geek-culture holy grails: Star Trek and Star Wars. Add to the mix the hesitancy when it was revealed his son would be co-authoring this miniseries with him – a move that at the very least superficially smelled of nepotism – and you have a recipe for a comic that could go very, very wrong. Not the least of which by setting its own expectations of itself sky-high and then failing to meet them (not to mention a questionable countdown campaign of teasers, which set expectations for a whole other Spider-Man to make his return).

Fandom, you can let loose a collective sigh of relief. What Abrams and son have delivered are a somber, excellently-crafted Spider-Man tale that is replete with Spider-Man touchstones: tragedy, guilt, humanity, and just a touch of inappropriately-timed humor. Right off the bat, the stakes are set and when the unthinkable happens – then the story jumps ahead years and years, throwing the reader off-balance. Story details were scarce when it was solicited, but I highly doubt readers were expecting what unfolds here. Without getting into spoilers, everything follows a very realistic arc that at once defies expectations but also completely plays on Peter Parker as a character – both his strengths and his tragic flaws. And in the end, it’s definitely a tragedy – but an emotionally resonant one, where history repeats in a way that’s relatively predictable yet poignant.

With the exception of the cover (which looks like a quickie pin-up wherein the artist attempted to channel her inner Barry Windsor-Smith and couldn’t pull it off) and the garish ’90s Spider-Man logo, the art within is a thing of beauty. Sara Pichelli (with ink assists by Elisabetta D’Amico) has come a very, very long way since her big breakthrough with Miles Morales at the beginning of the decade. There have been some growing pains (again, see cover), but these pages shine in a way similar to Olivier Coipel – not a bad comparison by any means. Together, she and Abrams are crafting something special. Get in on it now and see what all the buzz is about.

Devastating, beautiful, and surprising all at once, J.J. Abrams, Henry Abrams, and Sara Pichelli's Spider-Man miniseries is off to an amazing start. Don't wait 'til it's been spoiled for you to see what all the fuss is about!