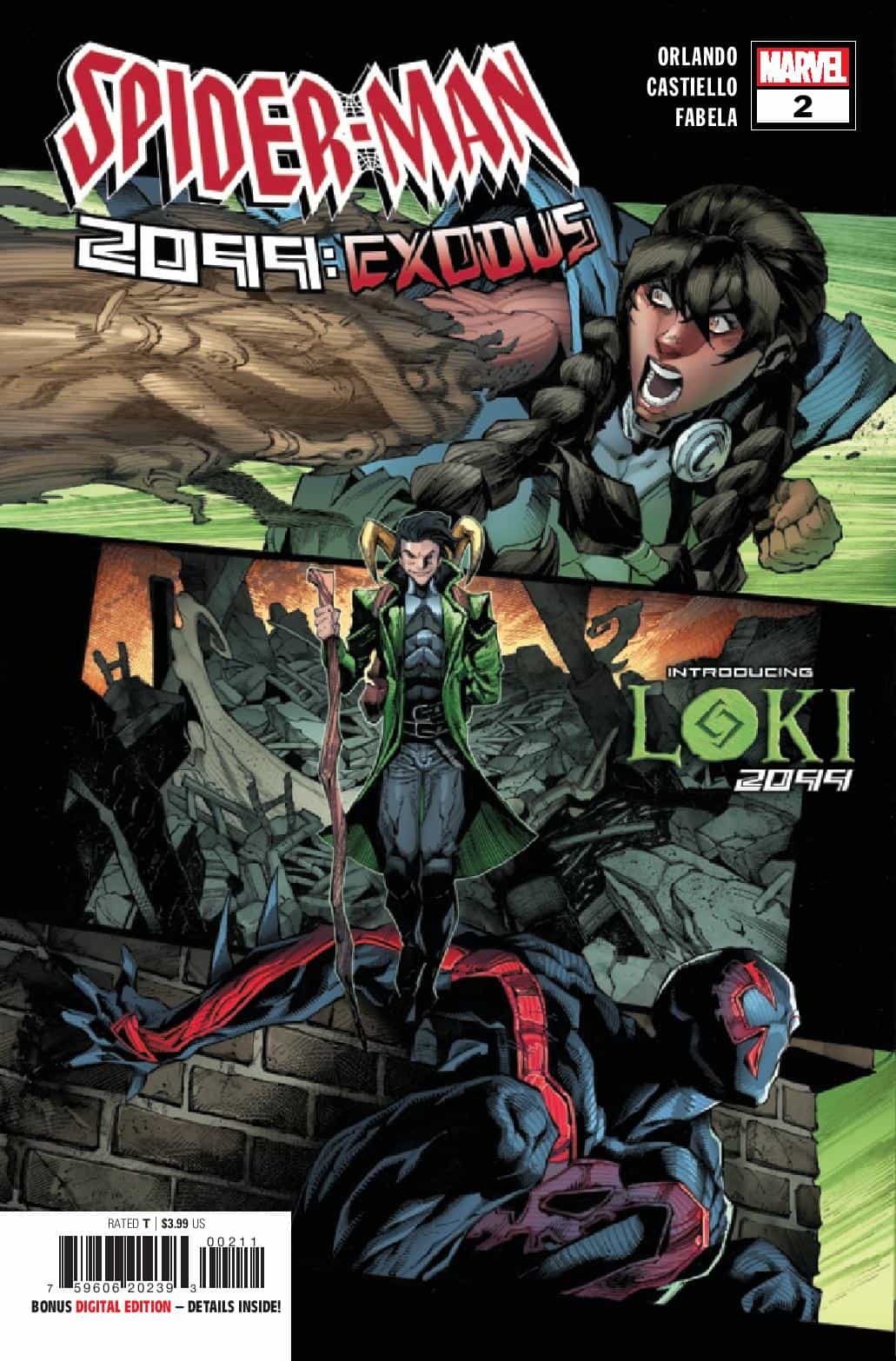 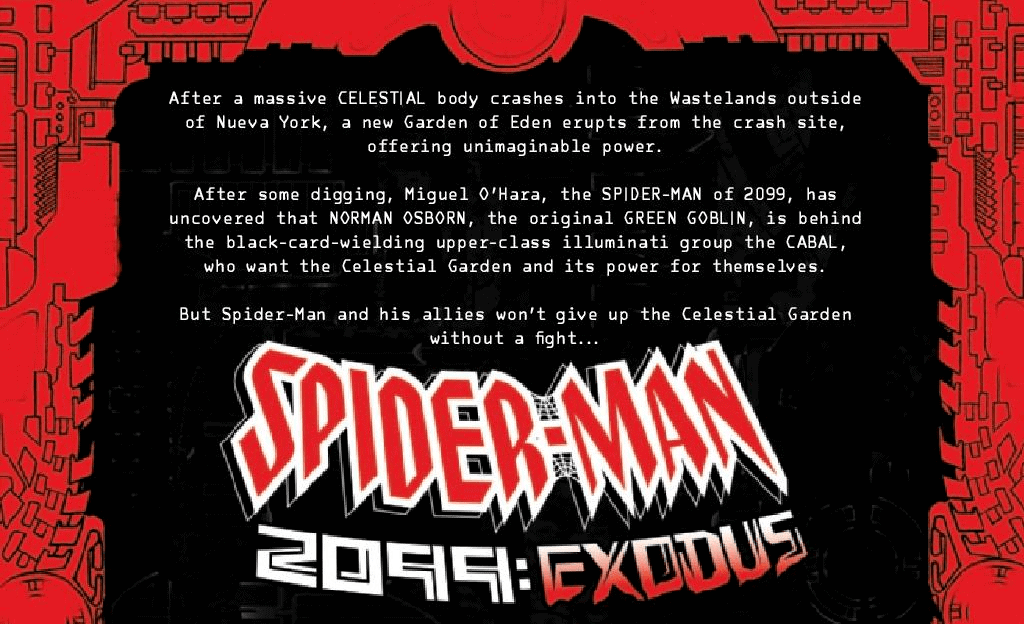 If you’re looking for Spider-Man 2099, you’re not going to find him here. This issue focuses and Loki 2099, the fall of Asgard, and, of course, Alchemax. Author Steve Orlando tells a good, exciting, entertaining story, but it’s in the wrong book. Maybe this series needed to be called Tales of 2099 instead, because the focus is about as far from Spider-Man as you can get. Again, don’t get me wrong, this is a solid comic, there’s some incredible action and revelations and some humor (It is Loki, after all), but it’s just misplaced. The story is framed with Spidey searching for help to take on The Cabal, led by Norman Osborne but when you get down to it each issue is a story about the hero he’s trying to recruit. I hate saying this, but this might be a series that reads better in trade than it does in regular monthly issues. 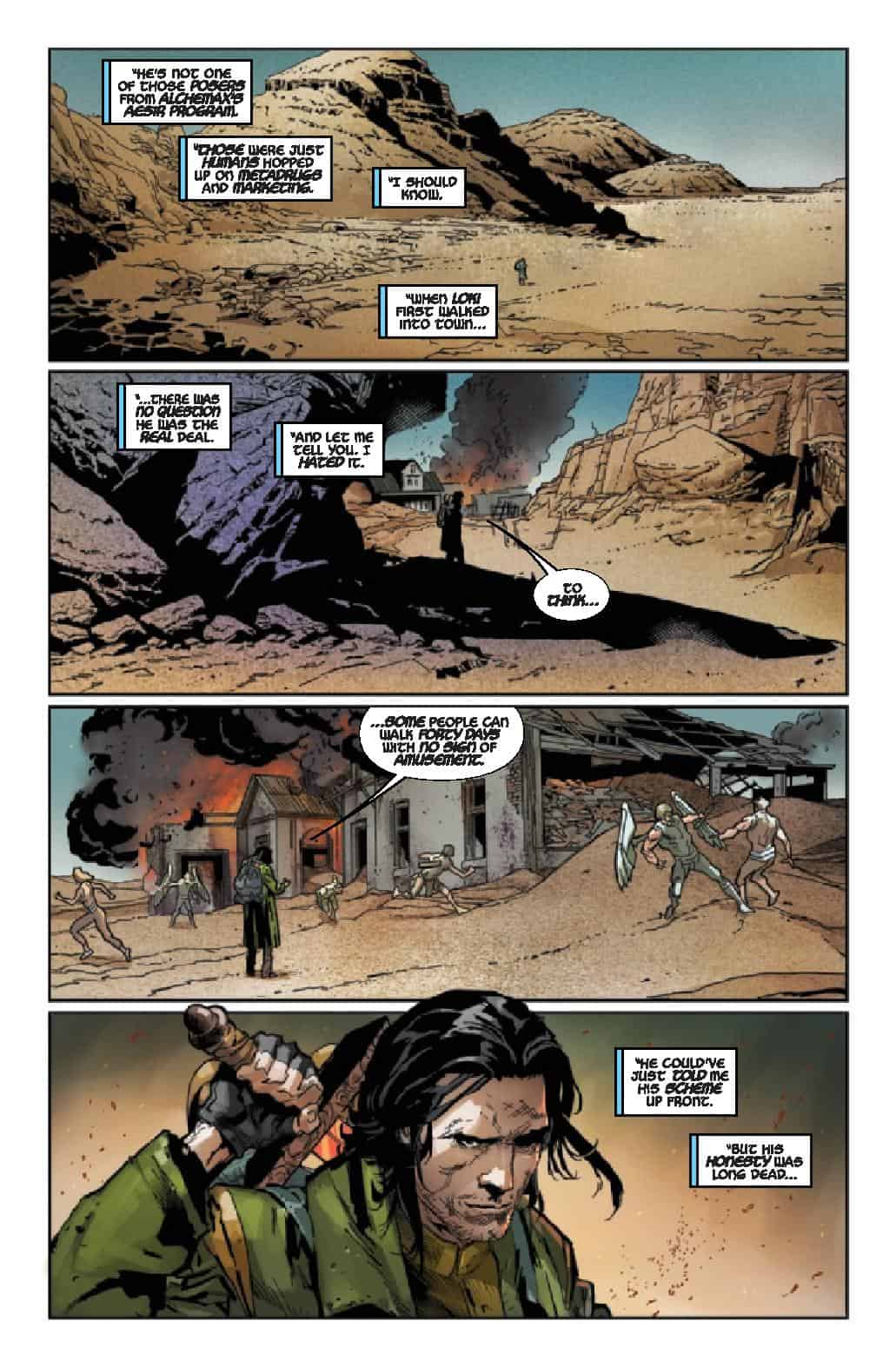 The art by Marco Castiello is a totally different story. He’s pretty much perfect for this story. His pencils immediately set the tone for the book, while Antonio Fabela’s colors set the mood. Both work together with perfect synergy. Castiello pulls off some great tricks in this issue, he blends gritty realism with gorgeous fantasy art and both look perfectly at home in this world. His portrayal of a destroyed Asgard is amazing, and the way he designs and executes a brand new Asgard is amazing.

Unfortunately, the art can’t make up for what this book is lacking, and I think that maybe this month you’re money is better spent on a different comic,

A good book for a different title. Unfortunately a big miss with this issue, hopefully, things will pick up for this series pretty soon.