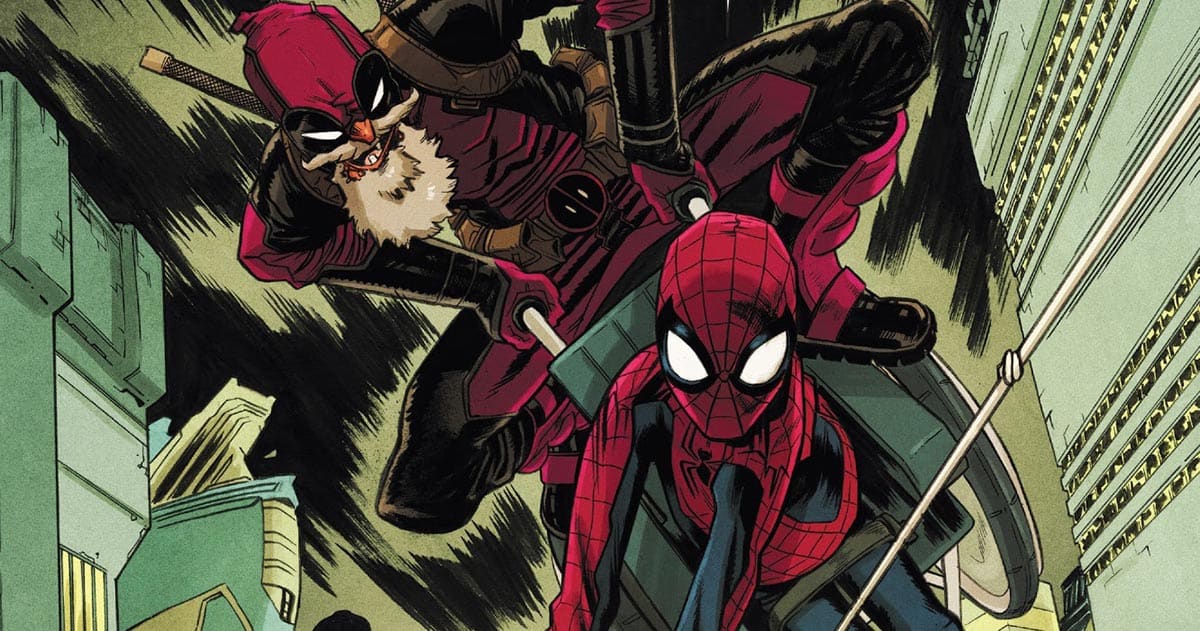 In an unknown future timeline, we visit Peter Parker and Wade Wilson in a retirement home. Wade is still as crazy as ever, but Peter has lost his gumption, he is just taking life as it comes. Wade presents Peter with a chance for revenge against the one who took his fighting spirit away. 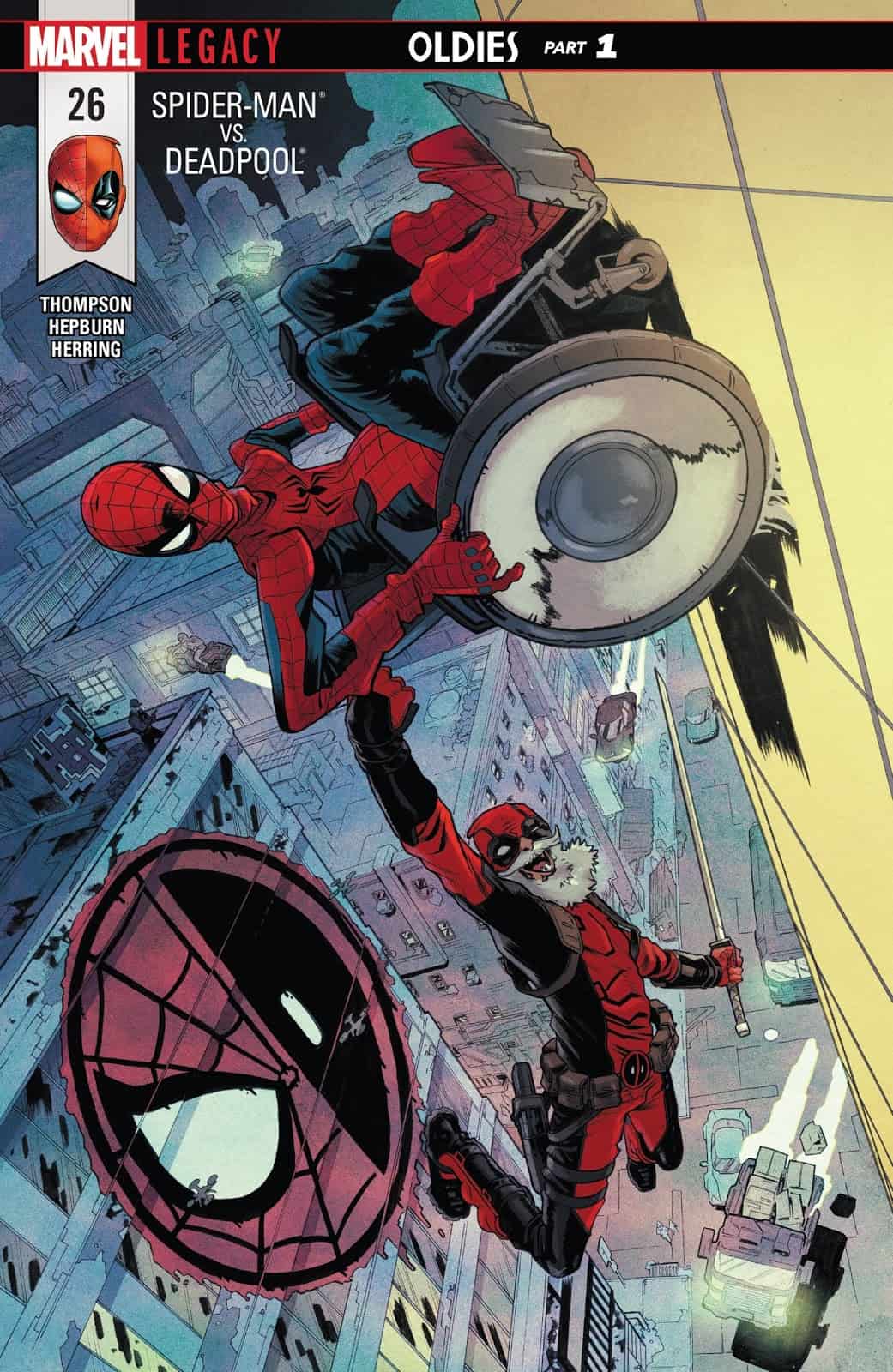 Spider-Man and Deadpool set out to take down the Chameleon for impersonating Deadpool and ended up in Tabula Rasa. They were joined by Husk and captured by their foe. It turned out Deadpool was really there for the same reason as the Chameleon, to steal a warehouse full of S.H.I.E.L.D. weapons. He even managed to trick Spider-Man and Husk into letting him succeed. But not before the Chameleon got what he really wanted.

We start off with old man Parker waking during the night and pondering on some advice from his old Aunt May. He takes the opportunity to snap a falling leaf as it floats in the air. We see him surrounded by articles and photos, memories of a life long gone. Peter hustles through the old folks home in a wheelchair as some of the other residents complain about missing items. He contemplates the niceties of his home except for one, enter dirty old man Wilson, ready to share last nights bedroom exploits with an unwilling Parker. But Wade has some more important news for him, an old enemy has returned and Wilson wants the duo to get revenge on them for cutting Peter in half. Likely the reason he is confined to a wheelchair. 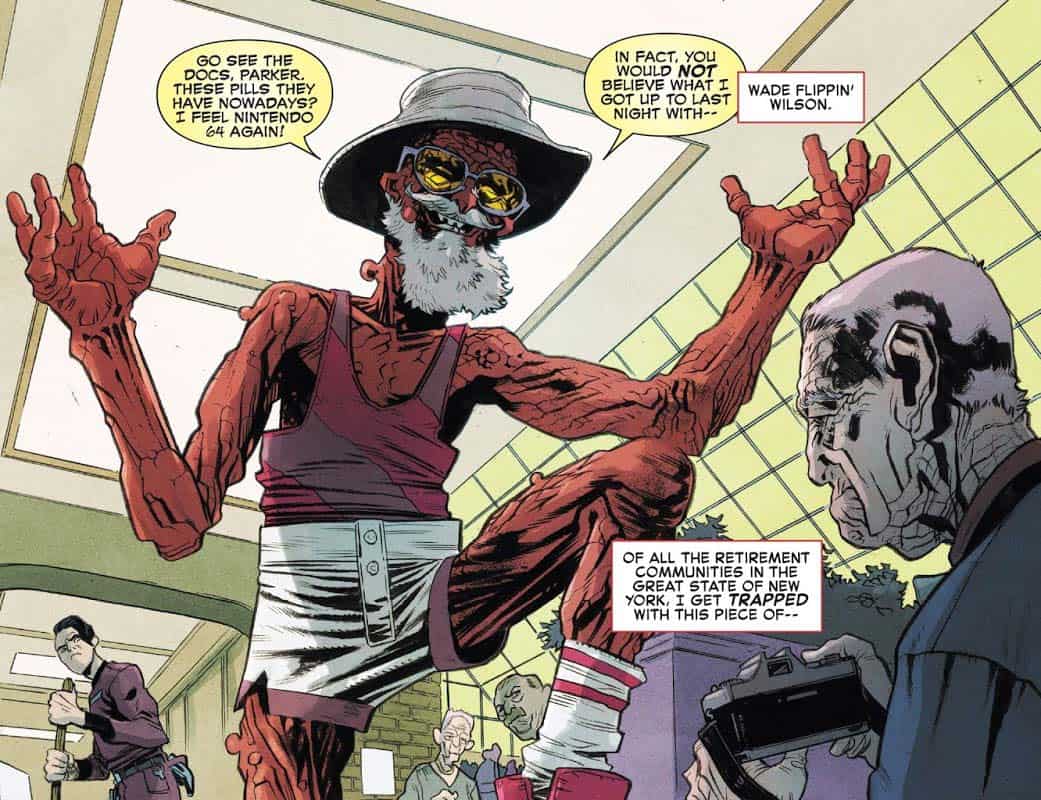 Not getting the desired reciprocation from his teammate, Wade offers Peter the leaf he was snapping shots of last night. He also ask’s if he saw a guy wearing a ski mask in the courtyard while shooting that evening and then carry’s on, probably lining up his next good time. Parker returns to his room to add the leaf to his collection and we see him lifting his shirt, showing a large scar across his back. After more talk of missing items, Peter is in his darkroom developing his photo’s. His eye is caught by a masked man sneaking through a window, he goes back to check the courtyard again to see the same man sneaking about. He contemplates his old life and decides to take action.

At night he waits in the halls for the masked assailant and when he appears, Parker springs into action, taking just as good a beating as he is giving out. But he still has the moves and knocks the robber out cold just in time for Wade and security to arrive and reveal it was the janitor. Feeling “Amazing” after being the good guy again, Wilson takes him to his room for a surprise, he has kept their old costumes. He asks Peter one more time if he wants to take down this “turdburgler”, the pair suit up and head off for vengeance!

The first few pages have very limited text, an inner monologue of Peter remembering advice Aunt May gave him about growing old being a gift and a chance to grow if you are lucky enough. It’s not growing old that kills you, it’s when you stop growing. A very powerful, well laid out intro that I found myself reading over and over. Like May’s equivalent of Ben’s famous mantra about great power. Then we are struck with this even more powerful image, setting the scene for the book beautifully. 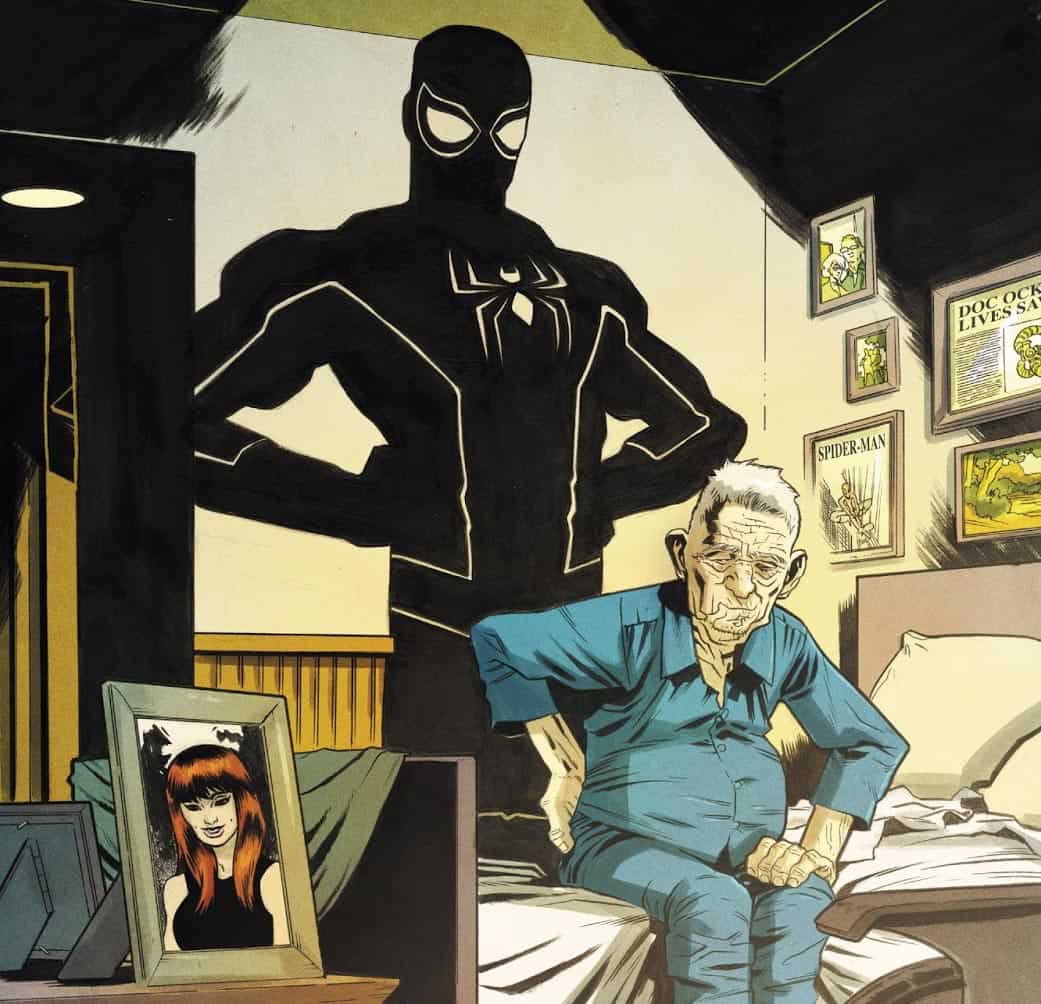 An aged Peter Parker surrounded by tokens of what used to be and his silhouette as his former alter ego. Personally, I would love to see this as a new black Spidey costume. Kind of symbolic that he is a shadow of his former self. After this quiet reflection, we are introduced to the hustle and bustle of the home and the creepy old Wade Wilson. Unsuccessfully, Wade tries to encourage Peter to go after an old foe for revenge. There is also a sub-plot about items going missing in the home which Parker is made to believe that he solved and captured the thief. As we started on Aunt May’s advice, we come full circle and finish on it as well. The same words, but now a new meaning to them. Unbeknownst to Peter, it was Wade who set up the whole scheme to give Peter the taste for heroics again! This gives him a new found confidence to join Wilson in his quest for payback. The pair suits up and head off against the villain who put Parker in a wheelchair, the Chameleon, still impersonating Deadpool. 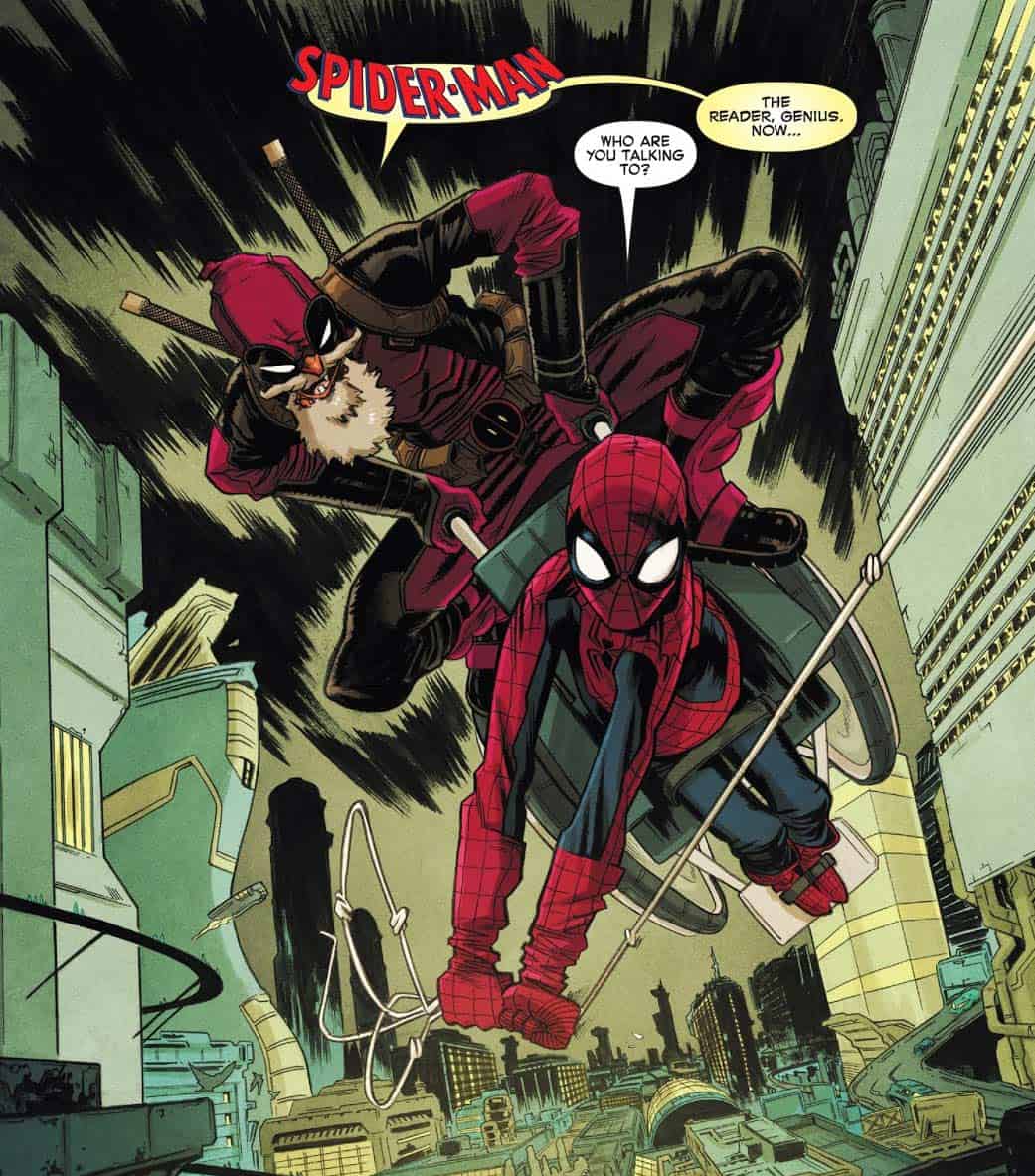 While it’s a shame to lose Chris Bachalo from the art team, I find the one artist doing all the work gives a nice flow through the whole book now too. Previously there were multiple penciler’s and inkers, making the art a mixed bag. Scott Hepburn definitely brings his own quirky style befitting to the book.

Final Thought: I found the first Chameleon arc a bit lack-luster, but this single issue was like a palate cleanser. It was fresh and at the same time, it had classic character traits of what you’d expect. The imagery paired with the story was just right. The first few pages alone were amazingly spectacular! Really want to see a new black Spider-Man costume too.