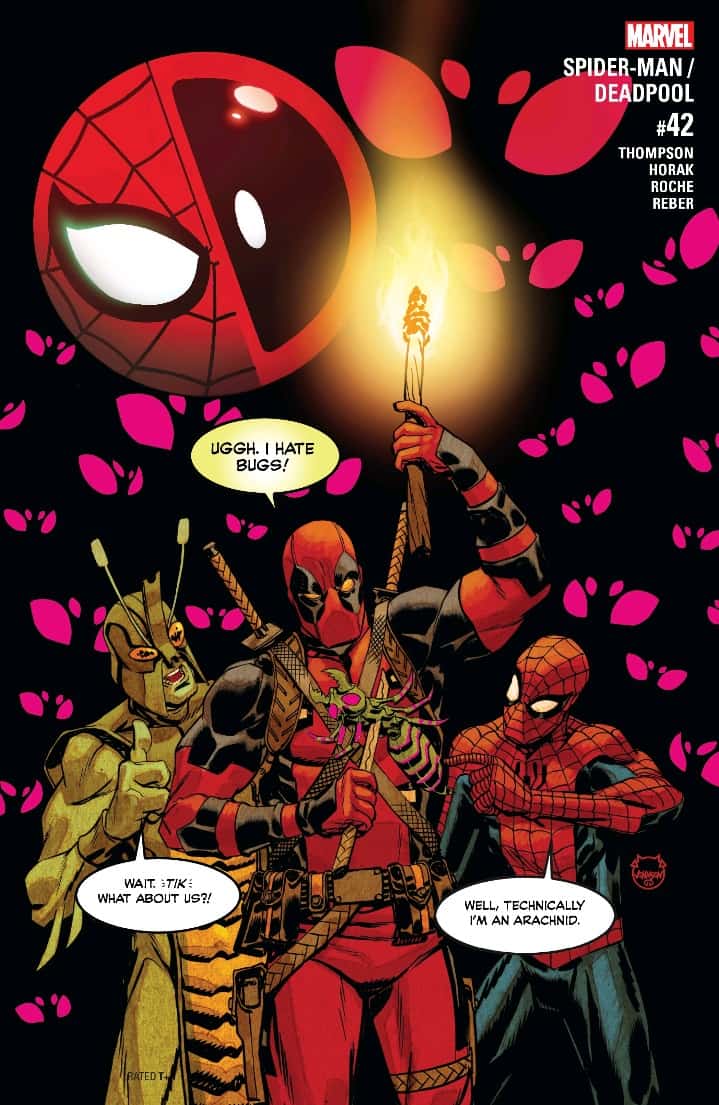 The titular twosome (and bug from Guardians of the Galaxy) are down a bug-hole without a paddle. They accidentally awaken the bugs with Spider-Man’s Spidey-Torch. Bug is unable to communicate with them as he did in the previous issue and the bugs attack. Spider-Man comes to his aid, but they are soon overwhelmed. 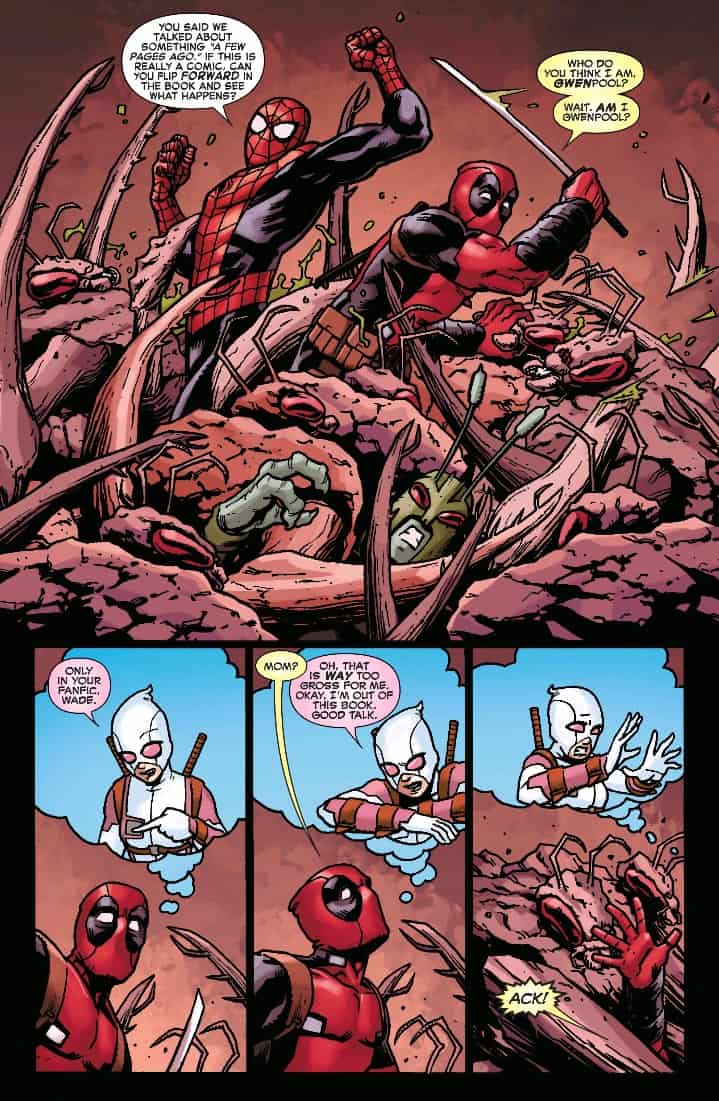 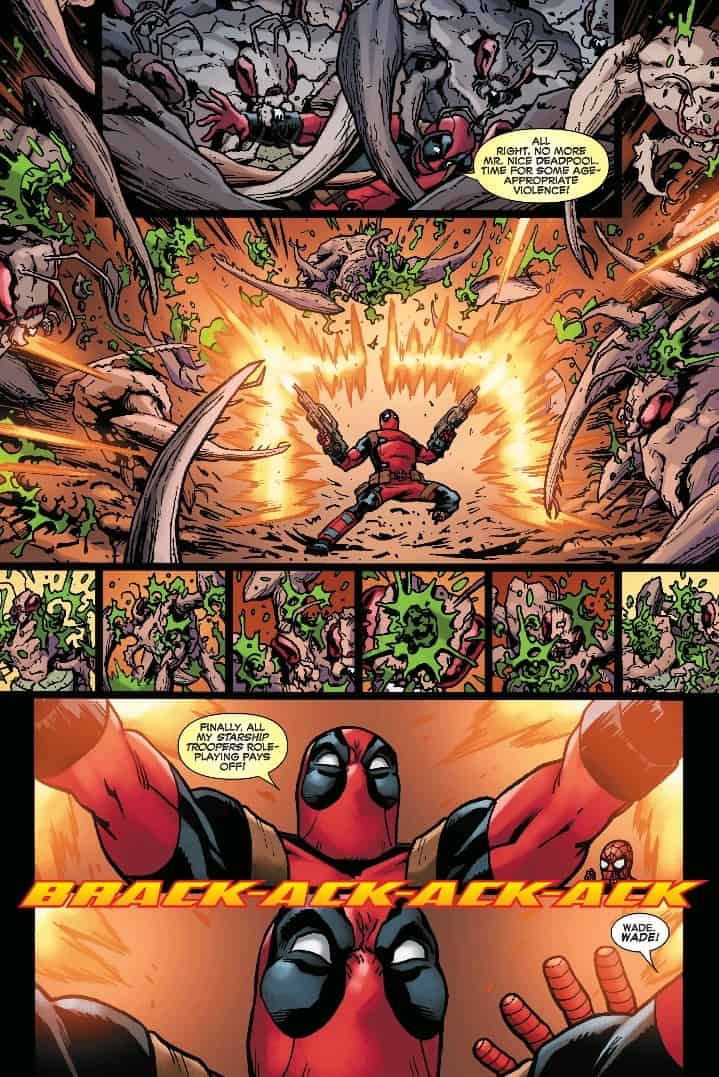 When the smoke clears our heroes (and Deadpool) are promptly zapped. The zappers take a moment to discuss the psychological and philosophical ramifications of murder, allowing the zappees time to recover. Spidey webs them to a wall. Bug leaves, taking a sample of the bug poop lining the walls to study in his lab.

Going deeper into the tunnels Peter tries to explain why he feels isolated by Wade’s constant fourth wall breaking. 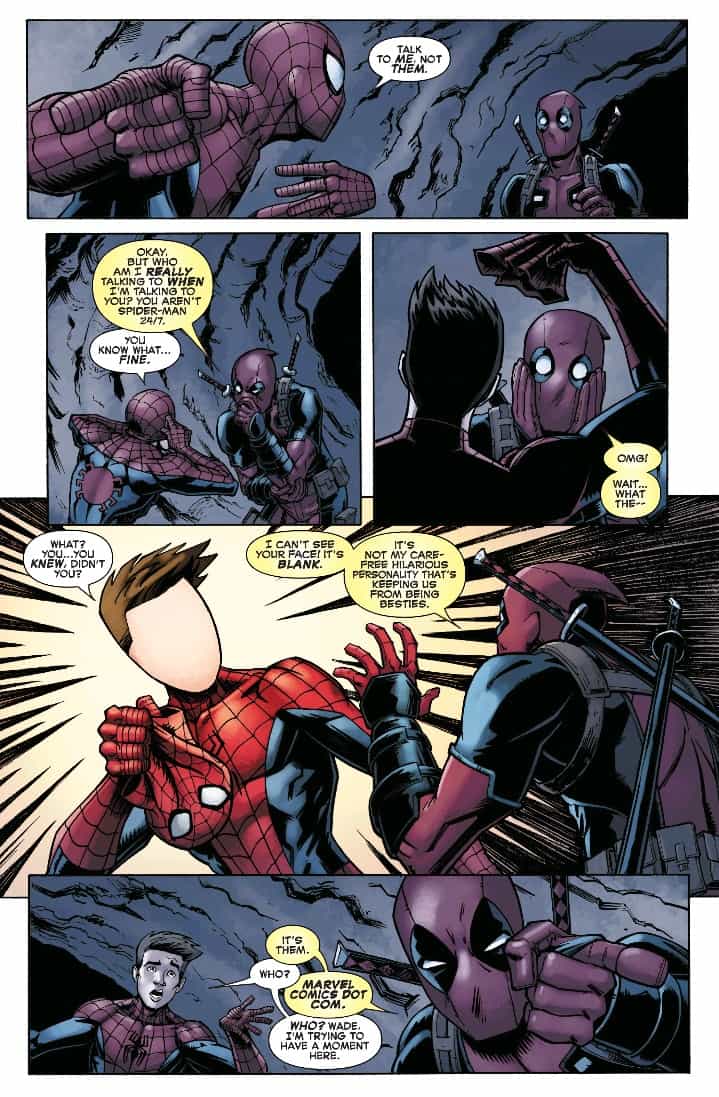 They come across a portal and are blasted through it by the remaining zapper, into… The Negative Zone! TO BE CONTINUED? (Yes.)

The writing is very strong in this book and although it isn’t as funny as recent issues, it’s still more entertaining than most of it’s competition. 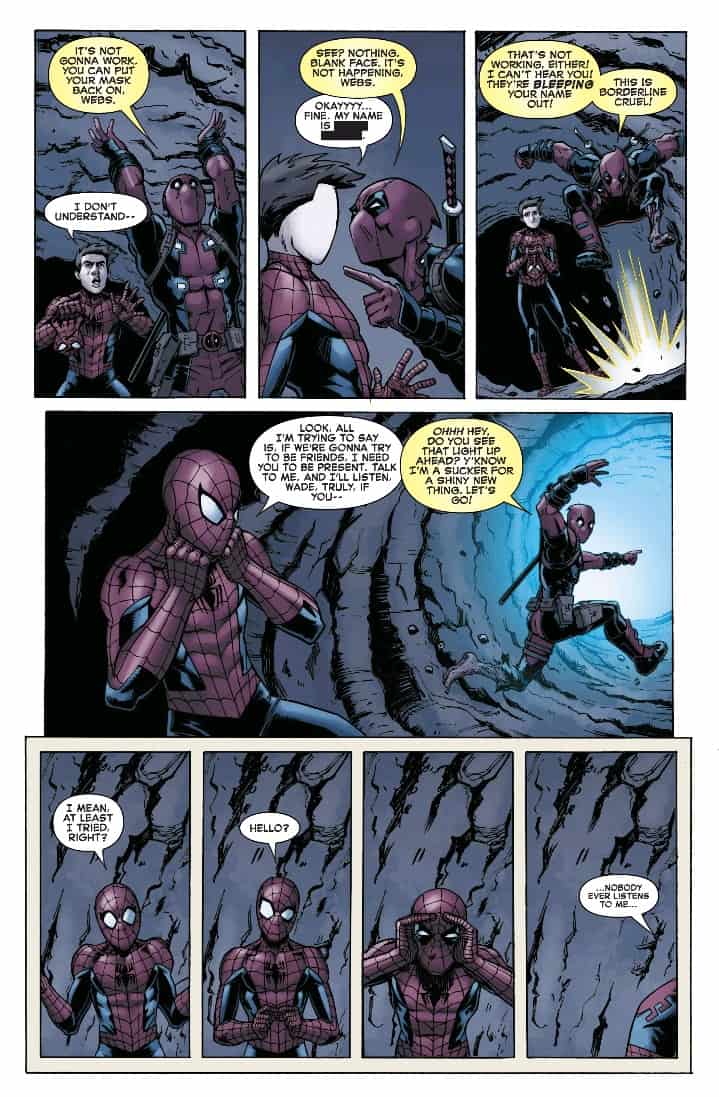 The lover’s tiff over Deadpool’s monologuing rang true to this married man and effectively brought together two of the main elements of the series. 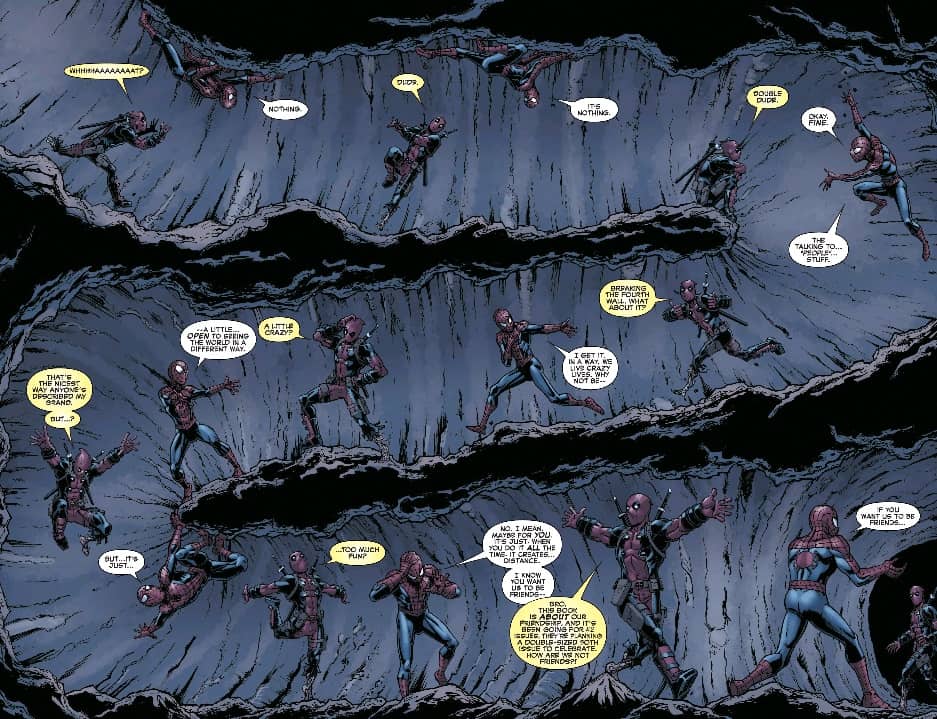 The panelless tunnel page design really enhances the scene by creating a rapid-fire back and forth and allowing for a lot of dialogue while keeping the page visually interesting. If you were going to read into it you could say that they were both literally and conversationally disappearing down a rabbit hole.

Another nice detail in the art is Deadpool’s use of the guns from Starship Troopers. 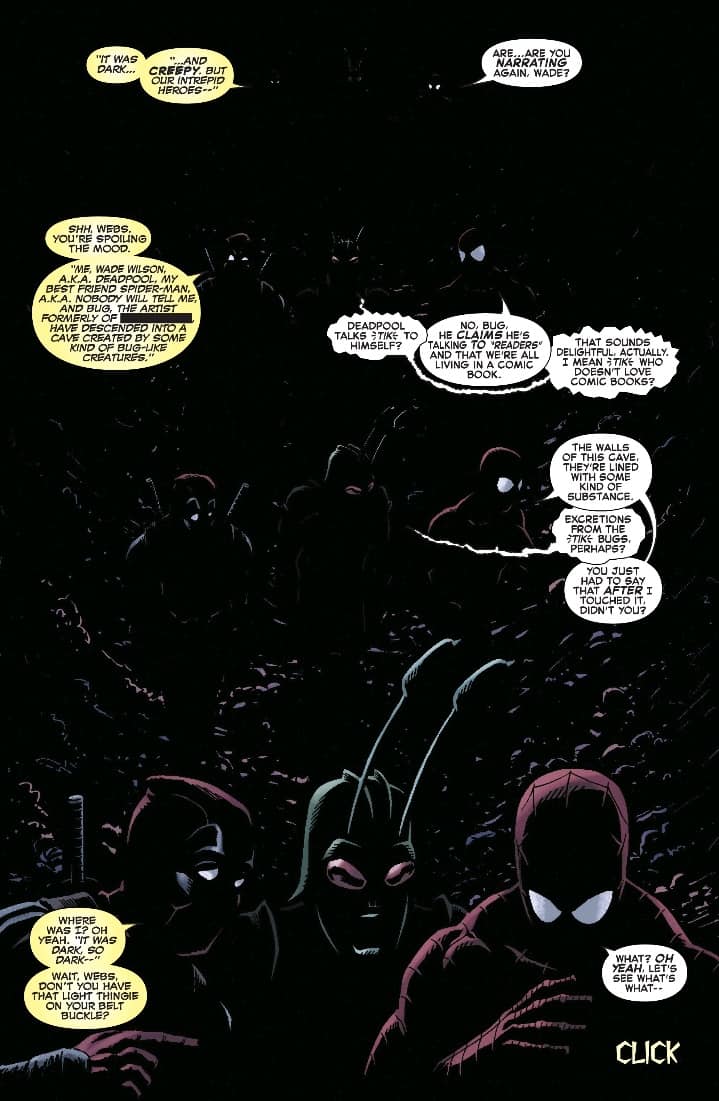 The dark first page was a bold choice and reminded me of the unorthodox first panel in issue 39. These oddball openers are very effective at immediately establishing the right tone, this is not a comic book that takes itself too seriously.

Unfortunately the color palette for the rest of the issue is also limited. This is partly due to the nature of the plot but that being said Triona Farrell managed to mix it up in the similarly subterranean issue 6 of West Coast Avengers. Changing the color of the bug poop, the bugs themselves or using a few background colors would have diversified the look of the book. As it is there’s an awful lot of red, brown, browny red and later grey.

A good issue with some real standout moments that easily make up for deficiencies in other areas.