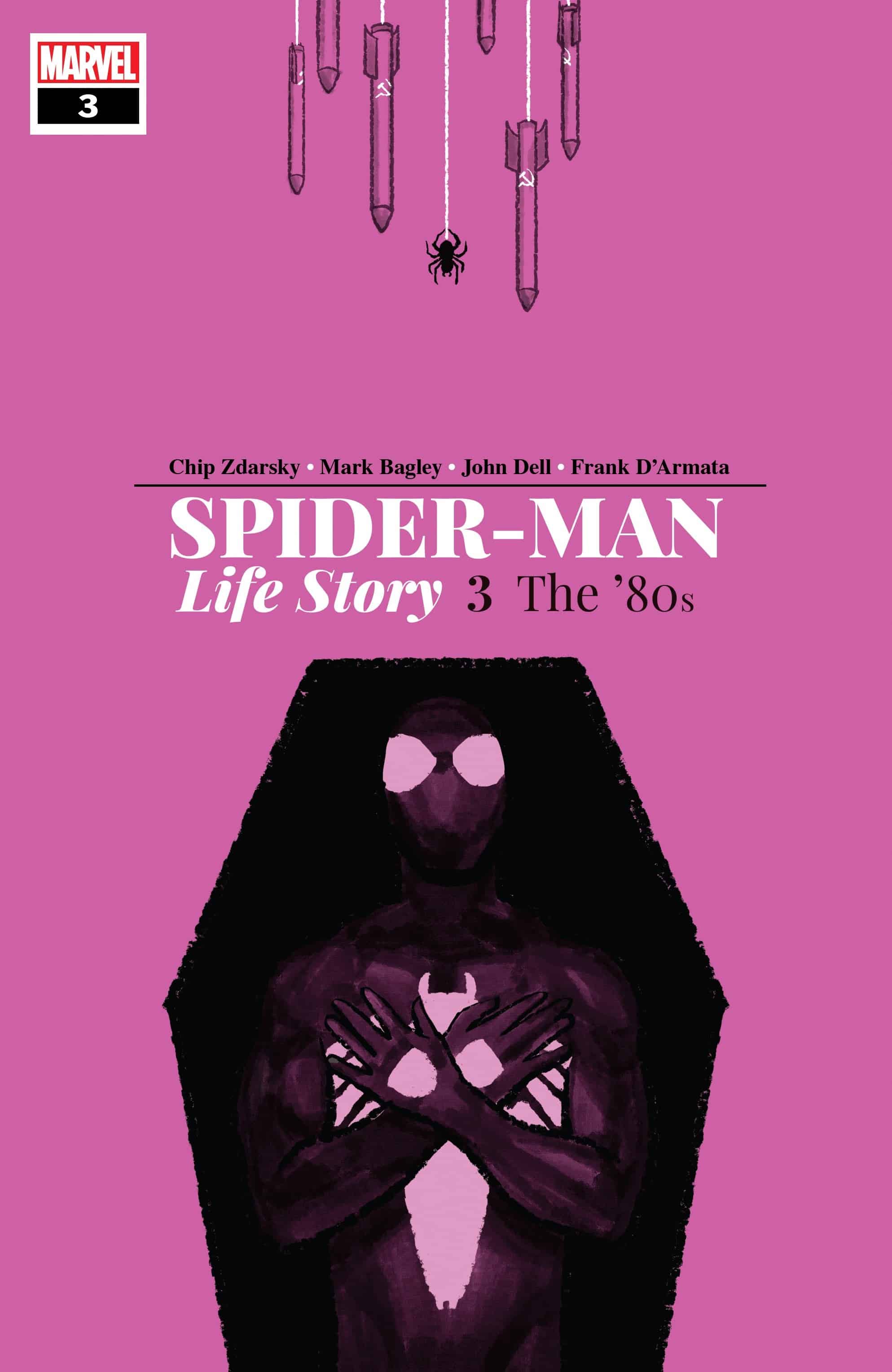 Spider-Man swings into battle with The Beyonder only to discover, upon his return to Earth, that MJ has made him into a father and Russia has blown up half the mid-west. Can Parker survive the Greed is Good era with his family (and his sanity) intact?

The first thing that I will say about this issue is that I was impressed by how much plot Zdarsky managed to cram into 33-pages. The fact that he was able to do so in such a way that the story maintains its emotional heft is even more impressive. Mark Bagley, John Dell, and Frank D’armata work their arts in perfect harmony to tell the story in such a way that it has lucid action and clarity of plot. Taken together, this series is developing into something truly special. 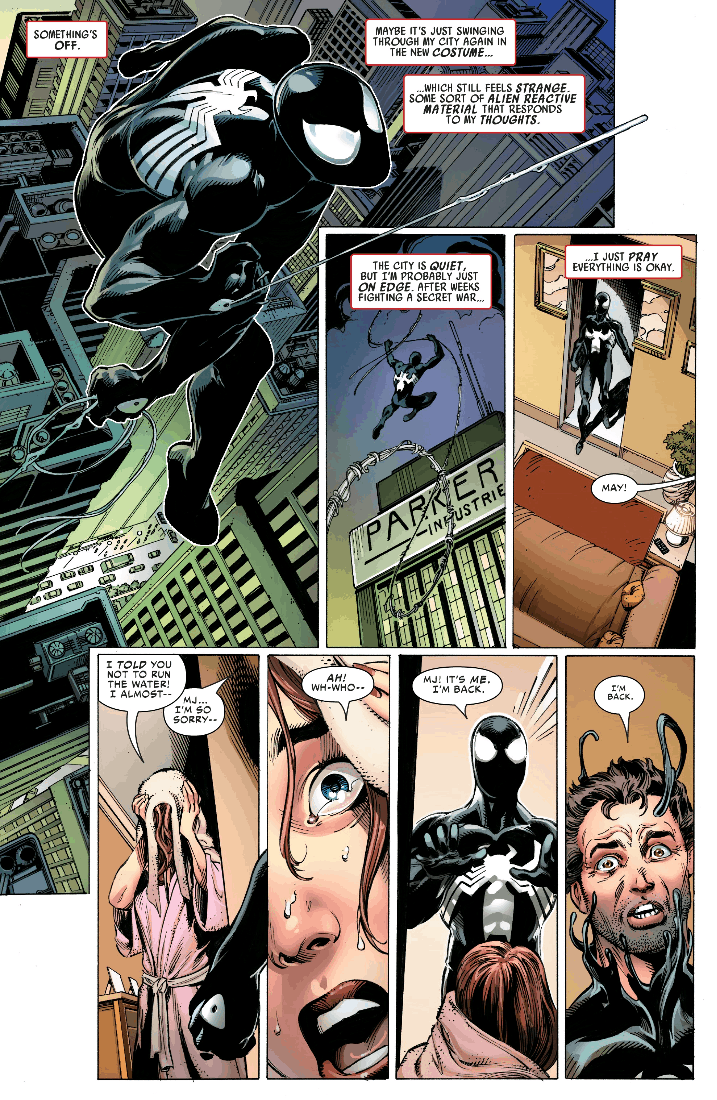 As always, Zdarsky uses external action to offset an interior psychological struggle and the thing that Peter is dealing with right now has only a little to do with a symbiote and a psychopathic hunter. He’s in his 40’s now and he’s having to learn to live with the fact that his Aunt is capitulating to dementia and his body is falling apart. Spider-Man has always been chained to the past: the death of his Uncle Ben has pinned him to adolescence like a dagger through the hem of his trousers. But his body is still aging. And he has other responsibilities to attend to. 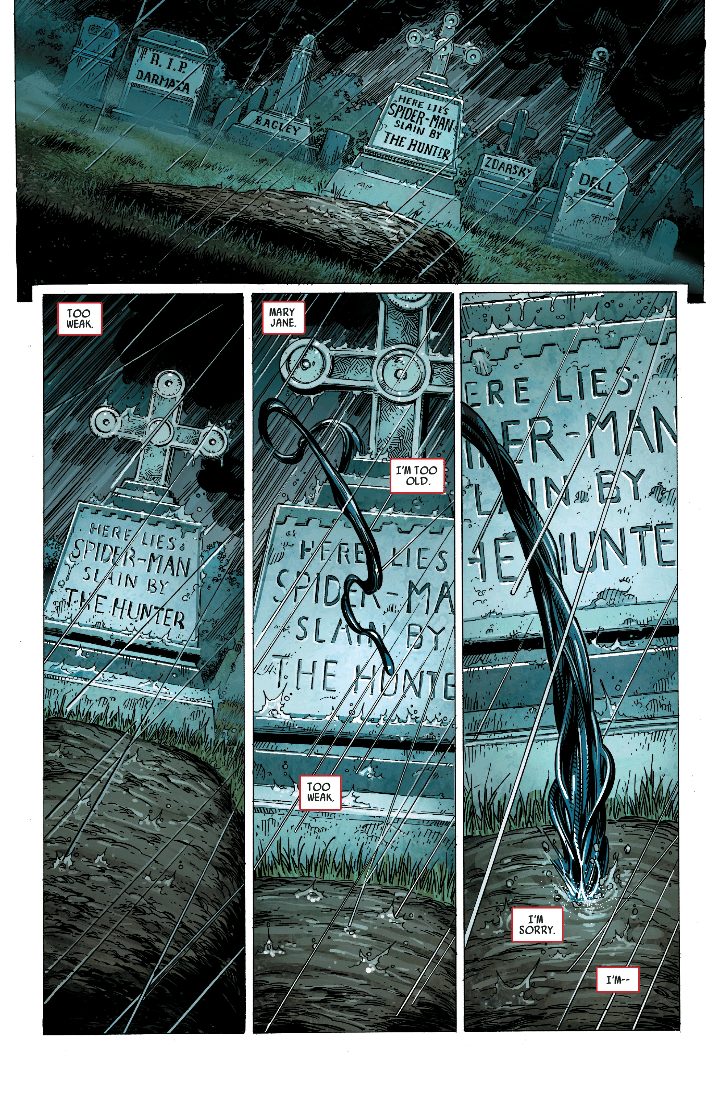 As always, MJ is the more developed, more psychologically mature human being. Right now, she’s stuck parenting three people (her twins, and Peter’s dementia-suffering aunt) as well as keeping tabs on the developments of the larger world. It’s clear that she probably wont be interested in serving as a surrogate mother to her husband for very much longer.

It will be interesting to see what role she plays in issue four. 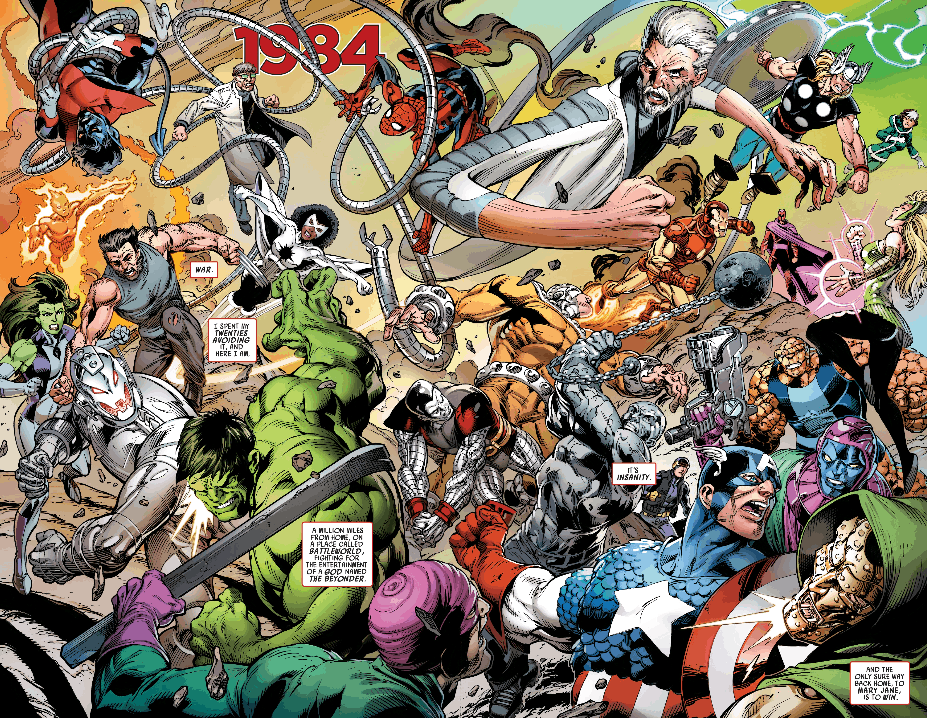 Aside from this, the book is filled with dozens of nods to Spider-History; the X-Men are seen fighting on Battleworld (I guess that Nightcrawler and Colossus are in their late-fifties by now) and Smart Hulk made an appearance with Thor. Zdarsky’s method for incorporating the odd romantic relationship between Peter and the symbiote was pretty wonderful, and the way that Kraven integrated into the story had a surprising amount of impact. All in all this continues to be an extremely satisfying series. The fandom is lucky to have it.

It's amazing how much heart, plot, and generally amazing art are crammed into each issue of this incredibly-satisfying series. The fandom is lucky to have it.