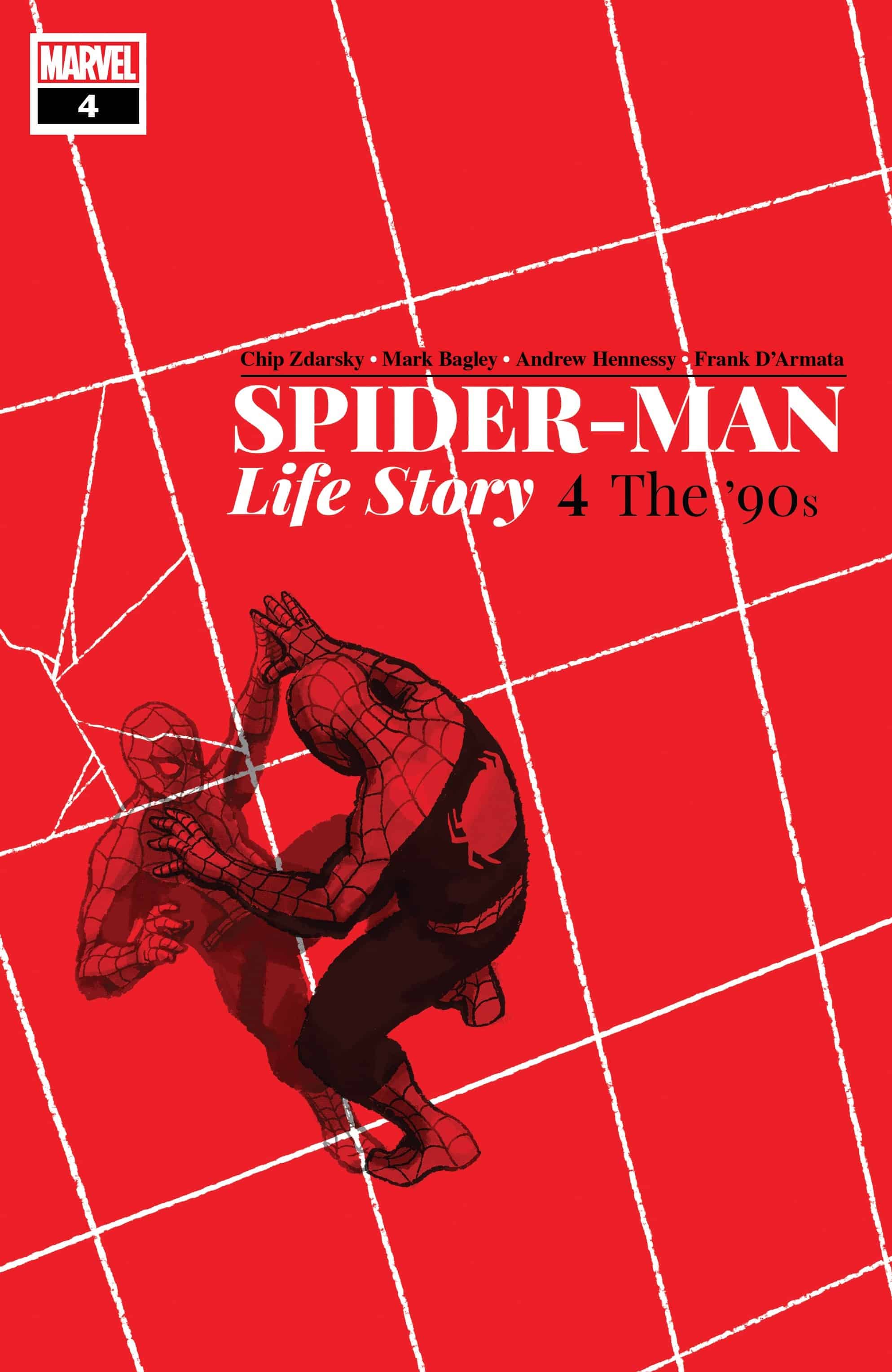 It’s the Naughty Nineties and Peter Parker is divorced and burnt out on life. Meanwhile, his clone, Ben Riley, is tangled up in the mechanical arms of a grieving Doctor Octopus. Read on to see who will make it out alive.

This story is centered in an absence of stasis. Unlike other comics (at least, other Marvel comics: thank God for Love and Rockets) it’s firmly bound to linear time, so actions have realistic (often painful) consequences and characters are forced to change and age in a realistic manner. So, we see a nonagenarian Doctor Ock grieving over a May who left him (due to his unadmitted anger) and taking his rage out on innocent bystanders in a manner that is both typical (for him) and vaguely tragic. We see Tony Stark (still living a double life) attempting to convince Parker (and himself) that he remains on the side of light. We see Peter, now in middle age, struggling under the weight of his divorce but no longer struggling financially – and why would he? He’s a genius, with an eye for investments. Of course he racked up a pile of money. 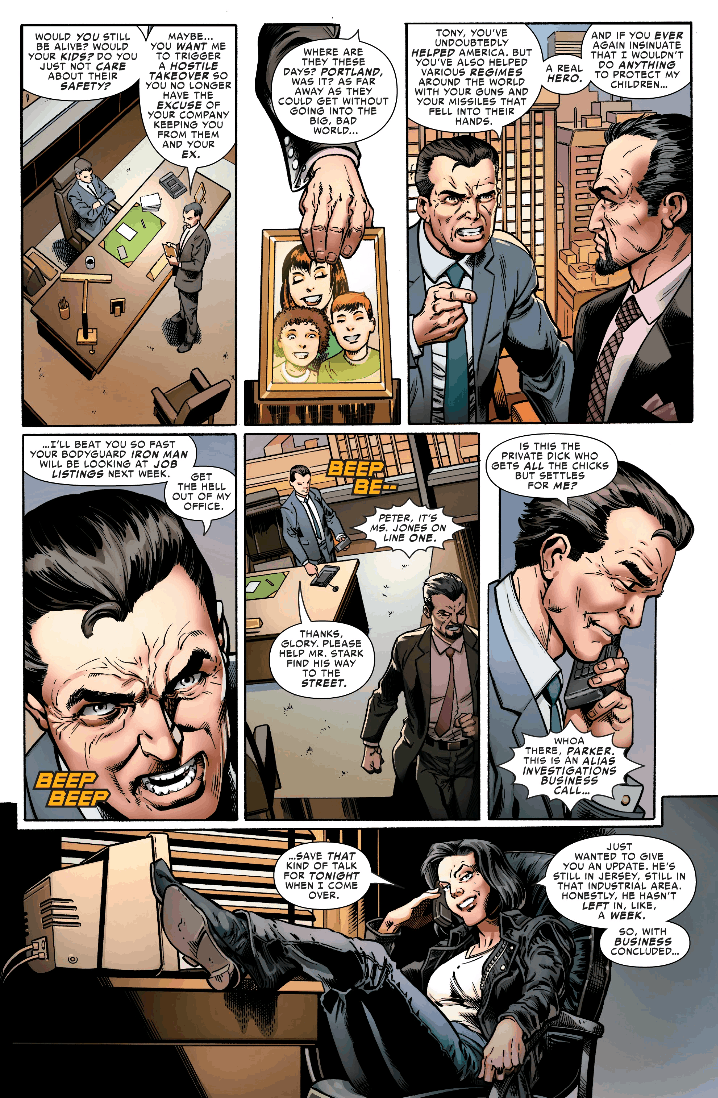 In terms of plot, this issue packed a lot in. I’ve long been impressed by Zdarsky’s ability to balance action and introspection and this issue is no exception. There’s plenty of web-slinging adventure, but for every panel featuring a gory death or a vivid explosion, there’s another which delves deep into the psyche of the characters. We are able to see a fair approximation of what living this kind of life would do to a person. And it isn’t pretty. 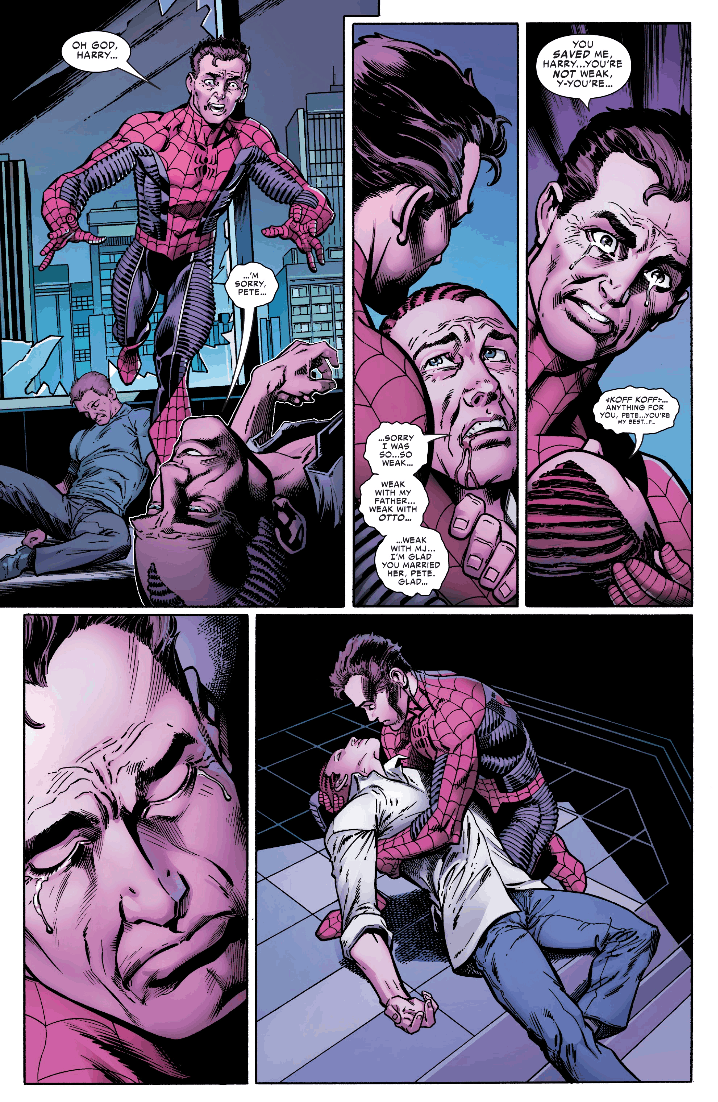 Mark Bagley’s penciling is incredibly satisfying to look at. The style of this series has grown on me. In the first issue, I thought that it was dismissively cartoonish, but as the series has progressed I’ve noticed a tenderness which is undeniably present alongside the acrobatics and explosions. Andrew Hennessy’s inks are dramatic and appropriate, lending depth to the line-work, and Frank D’armata’s coloring is eye-catching and vivid, granting depth to the work. 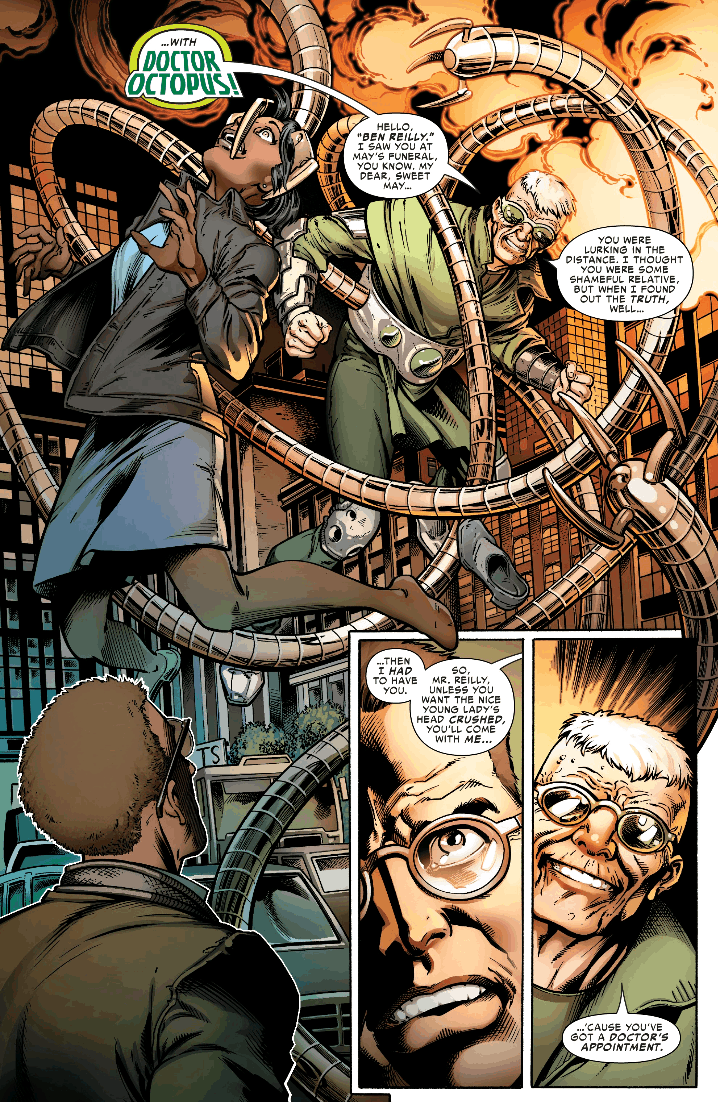 Taken together, the script and the words combine into a story which is dramatically different from any Spider-Man story that has been told before. Personally, I would love for this format to be applied to other books. Specifically I’d really enjoy seeing a version dealing with the X-Men or The Avengers. This is a deeply satisfying series, appealing to any level of fan. You’d be a fool not to pick it up.

The pacing in this series is nearly perfect. The script is an expert balance of action and introspection, with a real focus on character. Combined with fun, jubilant art, this series is one for the ages.