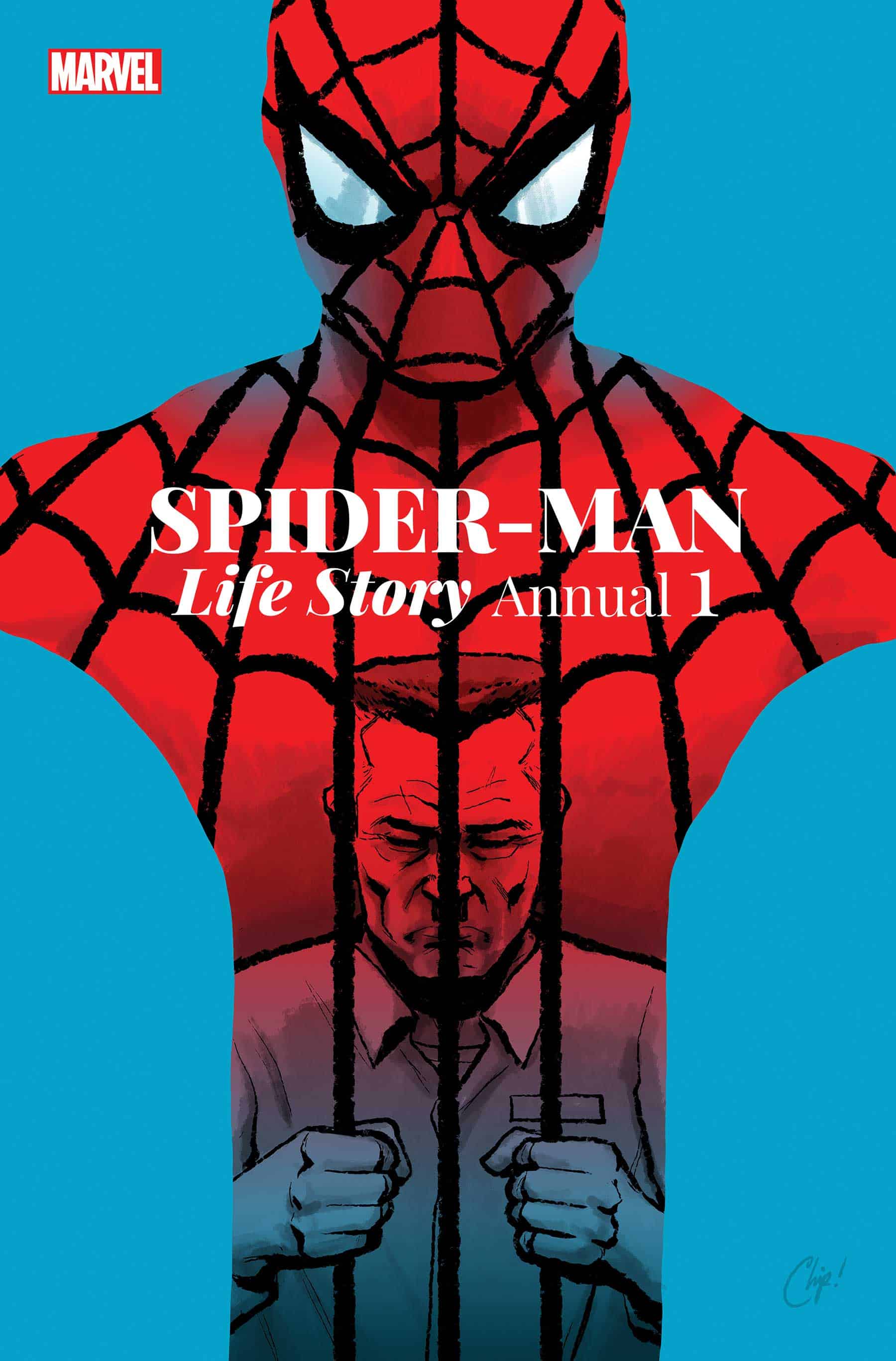 In the Spider-Man: Life Story universe, J. Jonah Jameson went to jail. Let's see what he got up to behind bars.

This story is profound, worthy of the J.R.R Tolkien quote I pilfered for the title. It is an exploration of grief, responsibility, and power, delivered in careful, considered snippets taken from an imaginary life. In this universe, as you probably know, Jameson was arrested for hiring The Scorpion to take down Spider-Man. This happens in 1965 and the story follows him until his death in 2001.

Nearly half of JJ’s life is spent in prison, stranded there, you might say, like another Jonah was — until he agreed to spread the message he was given. It took this Jonah a little longer than his biblical namesake to catch on, but he wasn’t running out of oxygen so the issue probably seemed a bit less pressing.

Through his eyes, we see his friends abandon him, we watch his son cut contact. He never meets his grandson.

In one poignant scene we see him berate Peter Parker over the phone, from jail, ranting about how he believes that Spider-Man murdered Parker’s wife, while Peter cradles his head and begs him to stop.

It’s clear from the beginning that Jonah’s obsession with Spider-Man springs from his sense of impotence at his (perceived) failure to save his own wife from being murdered. His fixation on masks, on forcing his version of the truth onto the world, comes down to his need to absolve himself from his “crime.” He abuse his power as a journalist; he ruined people’s lives because he thought he had the right. He had the power; now he’s left taking responsibility.

The suspense in this story is rooted in the question of whether Jameson can unmask himself. Will he look at his own trauma, his own failures, in the face, own up to them, and finally be the ‘good’ man he has believed himself to be his whole life, or will his obsession take him down?

That question is enough to build a story on, and Zdarsky’s built us all a good one. I want to see this collected with the rest of the Life Story series. It’s clear that Zdarsky knows all of these characters extremely well, and he lends Jameson a poignancy that I didn’t think possible.

Bagley’s art was perfect. His lines, augmented by Andrew Hennessy, conveyed so much with the curvature of a spine or the tilt of a head that quiet scenes like a phone call or a conversation carried as much visual interest as a rooftop super-suit fight.

It’s almost a tragedy that the nature of these books demands an ending, because no matter how poignant or beautiful that ending is, it’s hard to say goodbye.

It's almost a tragedy that the nature of these books demands an ending, because no matter how poignant or beautiful that ending is, it's hard to say goodbye. This is the beautiful, poignant epilogue to a nearly-perfect series.