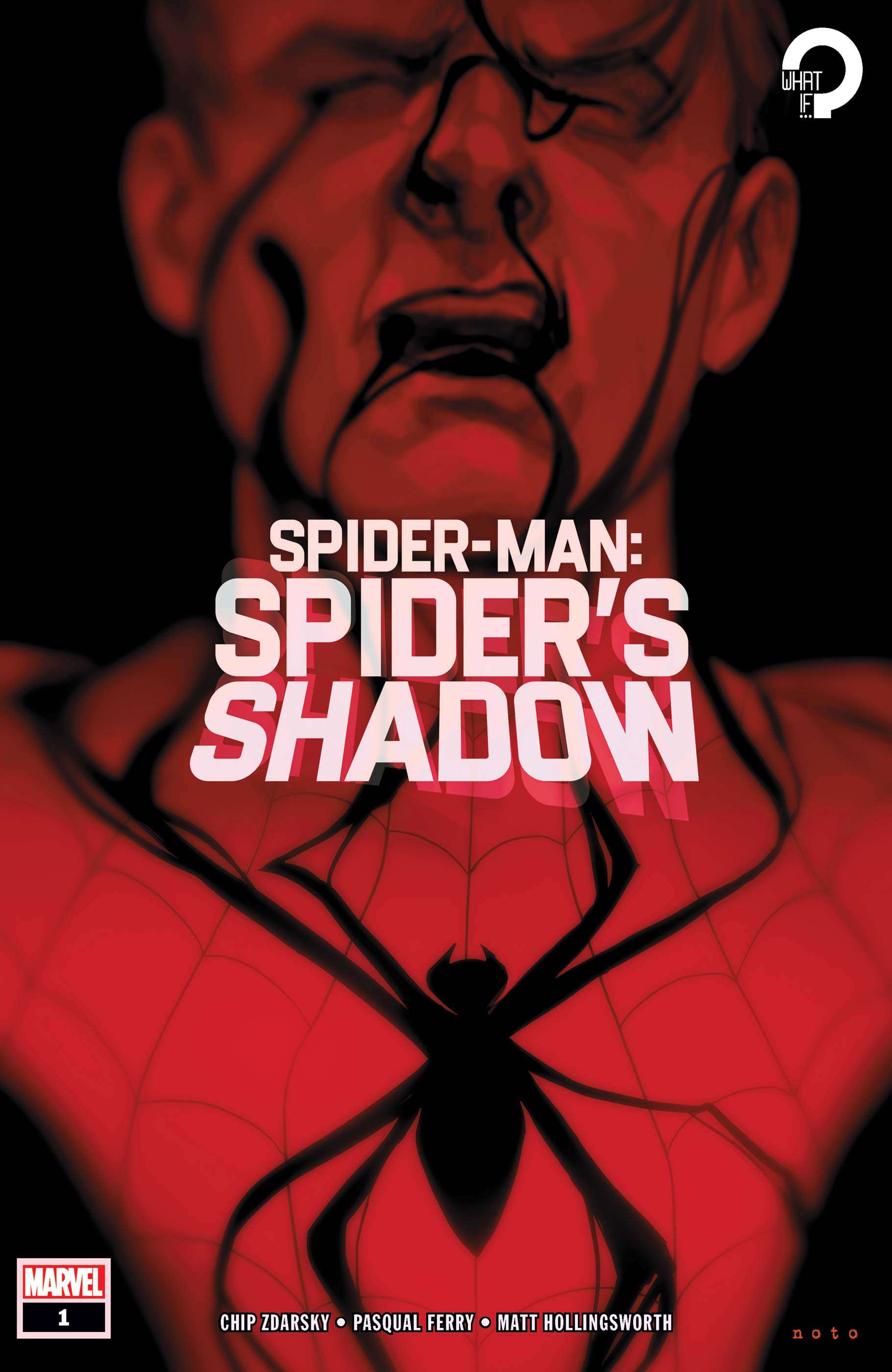 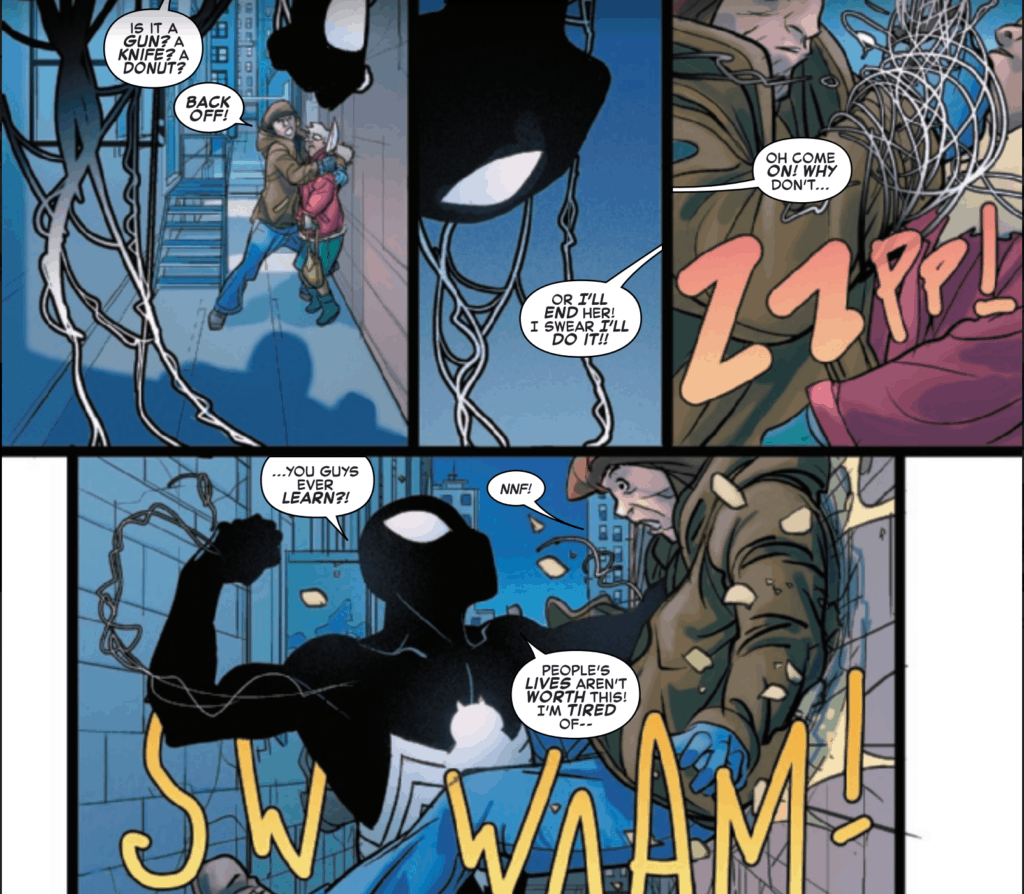 ...Spider-Man had kept the symbiote suit?

This dark, disturbing look at what might have been lies within!

It probably goes without saying at this point in his career, but Chip Zdarsky is on a white-hot writing streak right now. Having him spearhead the relaunch of “What If…?” was a stroke of genius, because if there’s one thing that’s clear, Zdarsky is a chameleon (no, not that Chameleon!). He can write in a variety of different tones and voices without being tied to any one expectation for what a Zdarsky story “should” sound or read like and still deliver whiz-bang storytelling. Daredevil, Howard the Duck, The White Trees, Stillwater – all Zdarsky, all wonderful, all wholly unique from one another. The man is a an absolute beast, and seeing him return to Spider-Man (he kicked off his dramatic writing career in earnest with Spectacular Spider-Man in 2017 before giving the character an honest-go-gods tearjerker of a send-off in Life Story) – even for a darker-tinged story – is an absolute thrill.

And Spider’s Shadow is absolutely dark, though not in the sense readers might be expecting. Knowing readers understand the premise from the outset, Zdarsky wisely waits until late in the issue to show is cards. Throughout the story, Peter Parker is edgy, moody, snappy – not quite himself, but still recognizably Peter Parker as though he were having a bad day. Readers know the change is happening, but Zdarsky slow-plays the tension bit by bit, little by little, until BOOM – everything changes, and suddenly, we’re not dealing with Peter Parker anymore. But we aren’t dealing with Venom, either. This is someone – or something – wholly new.

The story is a ticking time bomb of pacing and plotting, expertly leading readers along to the issue’s climax. That’s due at least in part to Zdarsky’s economic but gripping script, but also due to the choices made by Pasqual Ferry. His page-by-page, panel-by-panel pacing is second to none, and frankly, the story wouldn’t hit nearly as hard as it does without his expertise in layouts. Where I’d say he stumbles just a bit is the softer edge he brings to many of his pencils seems to contrast just a bit with Zdarsky’s script; likewise with industry legend Matt Hollingworth’s colors. That’s not to say that neither artist doesn’t produce expertly-crafted work, but perhaps a darker, harder edge might have lent itself to this story a bit more assuredly. That conflict in tone is doubled down on Phil Noto’s oddly out-of-focus cover, which lends itself to more of a nebulous definition of what it’s supposed to represent than a definitive one. (The cover, too, is hampered by an unusually uninspired and blocky logo dead-center.)

Then again, that contrast might be exactly the point. Spider-Man is a lighthearted (though neurotic) character being thrust into the depths of his psyche for maximum dramatic impact. Playing that expectation for what a character traditionally should be against what the story requires him to be may just be Zdarsky’s ultimate game plan. We probably won’t know for sure until the final panel, but Spider’s Shadow is proving from the outset to be a ride well worth the cost of admission. Don’t wait for the trade on this one.