Spider-Woman #11 (SPOILER-FREE): Tracy, Come Up Here. I’ve Got Hampers of Laundry, and My Diet Pill is Wearing Off. 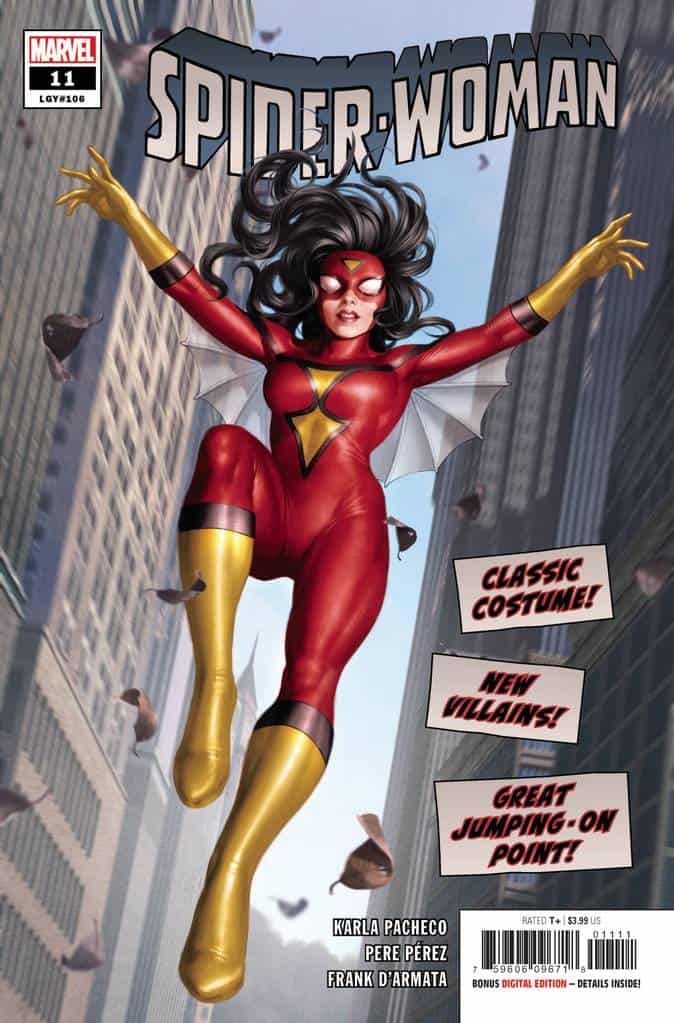 BACK TO BASICS! The last ten issues pushed Jessica places she never wants to go again, but she survived. Now, it’s time to show the world who Spider-Woman truly is! 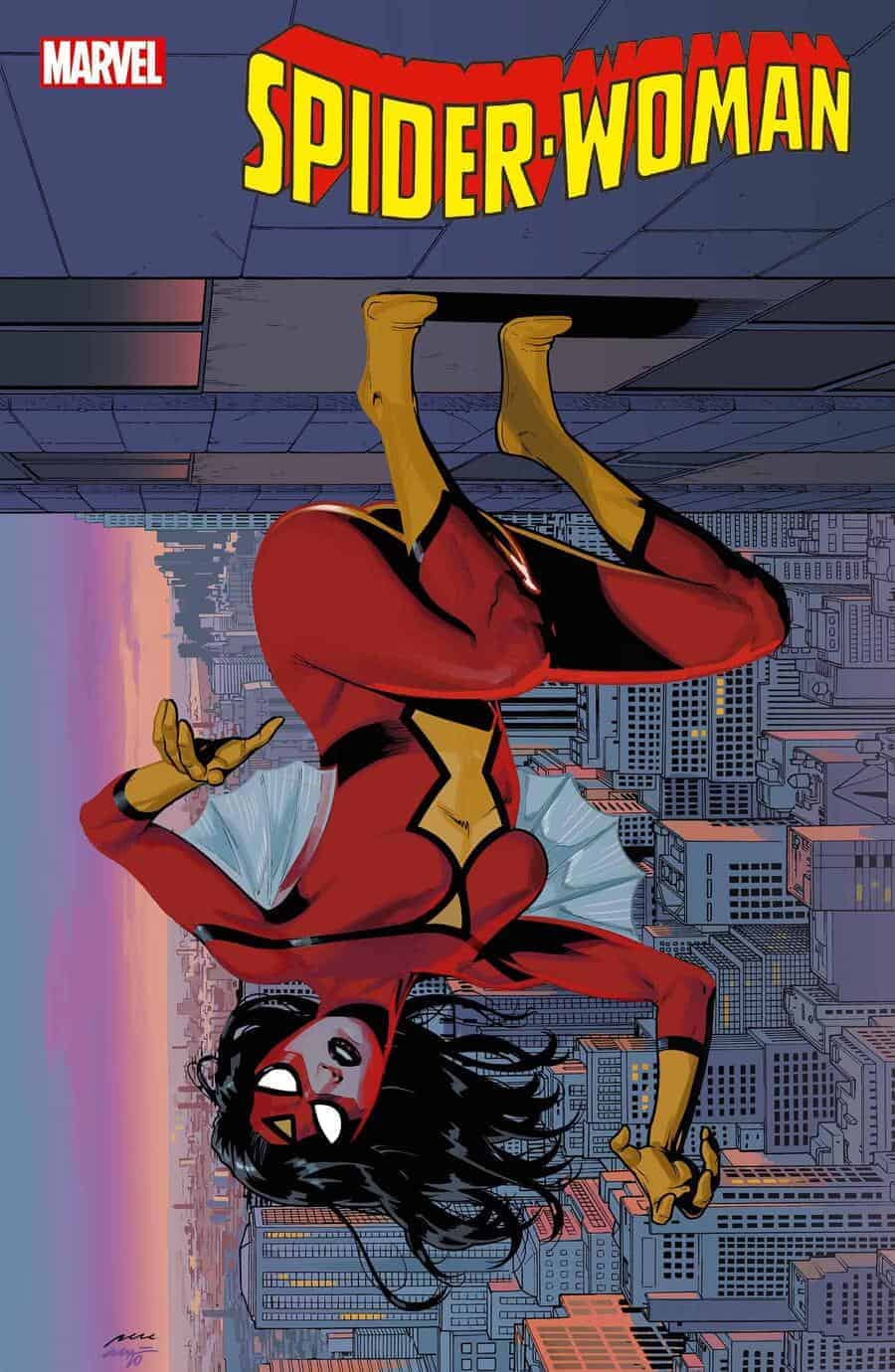 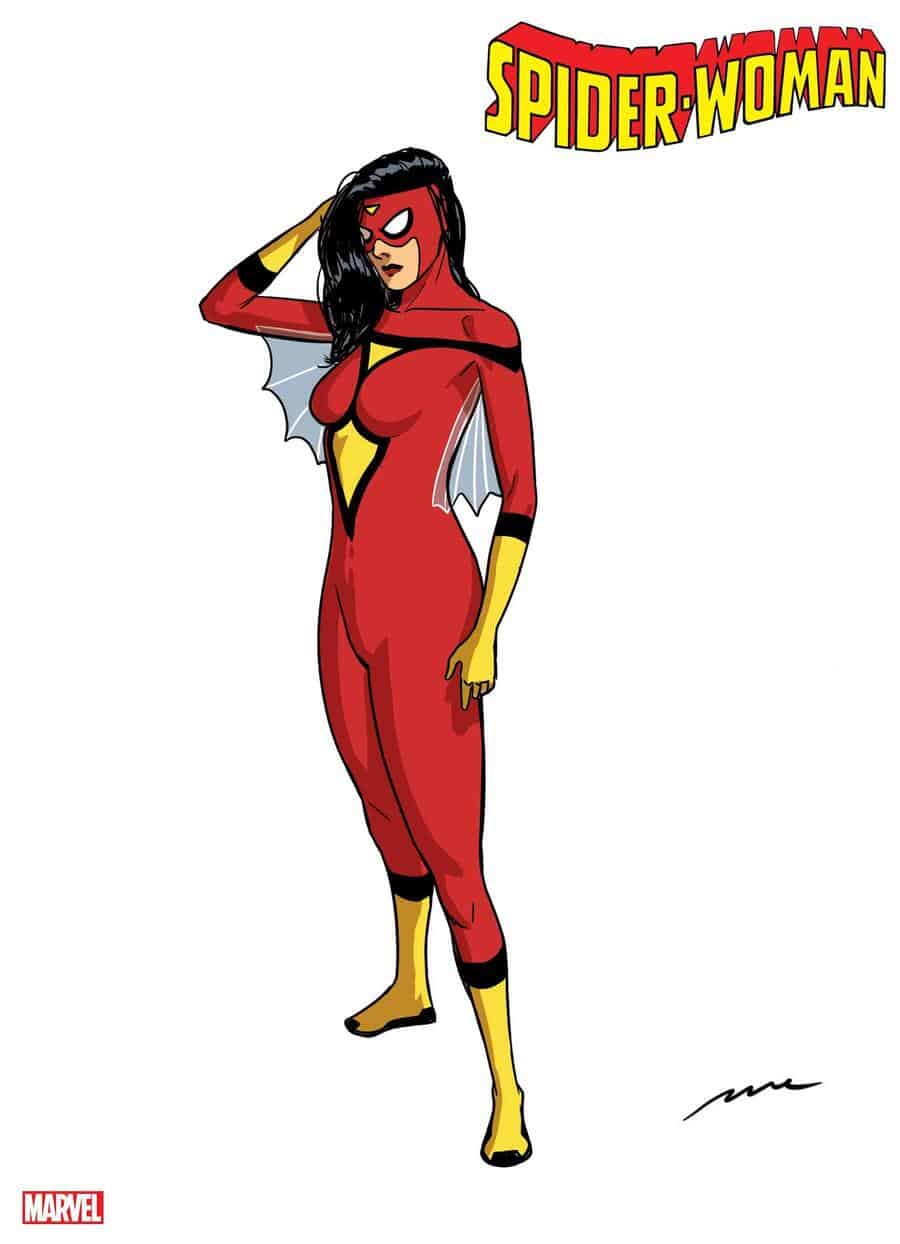 Jess has been on quite the adventure over the last ten issues, with finding her long lost brother and niece, her mother she never knew before, who turned out to be a clone-making megalomaniac mama jamma, took on a new job as being a professional bodyguard, was poisoned by her said brother, duped into getting a new costume that her mother had secretly designed and used to track Jess’s movements and vital signs, took part in the King in Black crossover, saved the High Evolutionary from her gene splicing mother and patched things up with BFF Captain Marvel. Now I grew up on comics where lots of things happened pretty quickly, but writer Karla Pacheco really put her pedal to the metal and didn’t pump the brakes at all. It’s definitely been a wild ride for Mr. Toad. 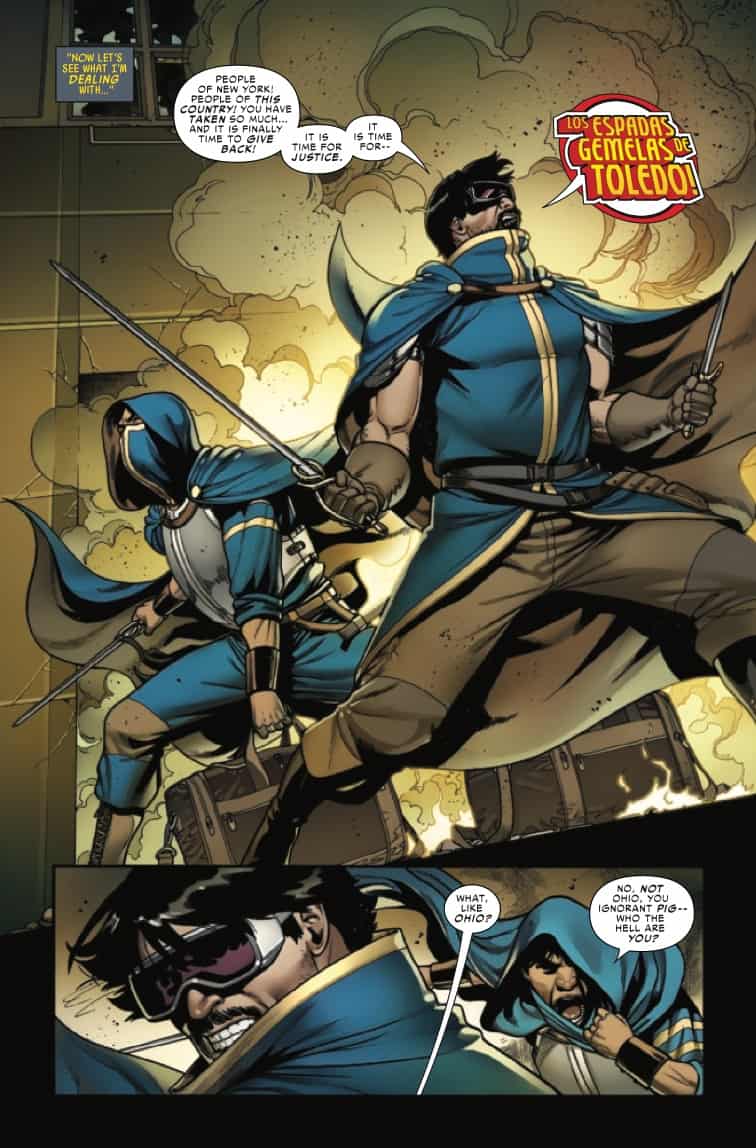 This issue starts a new jumping on point for the book, with a return to the classic costume Jessica began her career with, designed by Ronnie, designer to the superheroes and villains, with a few added updates that lead to a comical moment when Jess and Roger’s dinner is interrupted by a duo of bank robbing brothers, Los Espadas Gemelas de Toledo! Straight out of the rust belt of Ohio, who fancy themselves a pair of modern day Robin Hoods, who happens to steal money from colonizers who built their wealth on the backs of minority labor. Oh, and they have a penchant for using swords, which Jess brings her powers and a pair of steak knives (with some sirloin still on one of the knives) to a sword fight. 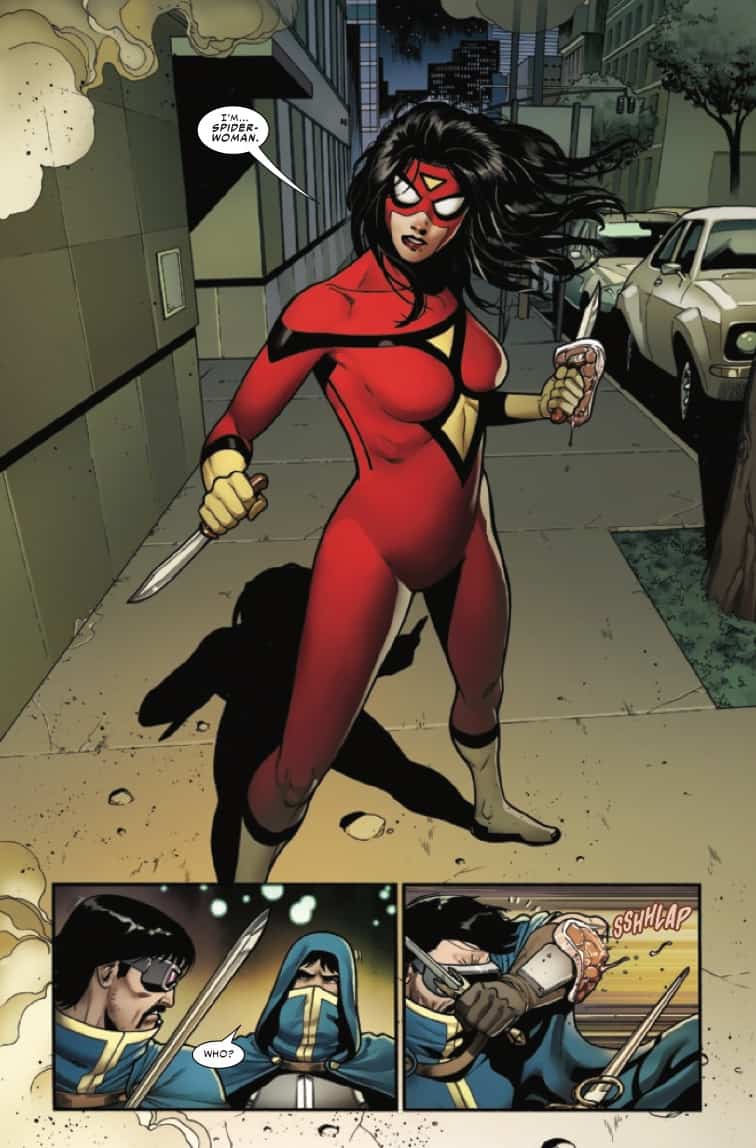 It’s a rather fun, straight up superhero romp action packed issue, which Pacheco has really delivered from the beginning, but is pretty light on character development. The interaction between Jess and Roger just seems like an afterthought for the overall direction that Pacheco wants to take us in, but those are really my only real complaints regarding the run thus far. This should have been a slowdown issue, where we get to see Jessica return back to her normal life and just breathe, but Pacheco doesn’t seem like she’s too interested in doing that, which can grow bothersome with solo characters.

One thing I have absolute zero complaints about this title is Pere’s art combined with D’Armata’s colors. The book is flat out beautiful, and Pere’s art just seems to get better with every issue. I just go over the pages, and look for the little details that Perez and D’Armata love to give us every month.

The book is fun, and fast, with lots of action and beautiful art, but this ain’t your Dennis Hopeless Spider-Woman, as Jessica is here to rock out with her smock out. I definitely recommend this book to anyone who enjoys strong female lead books.

Spider-Woman #11 (SPOILER-FREE): Tracy, Come Up Here. I've Got Hampers of Laundry, and My Diet Pill is Wearing Off.