Spider-Woman #16 Wake me up before you go-go 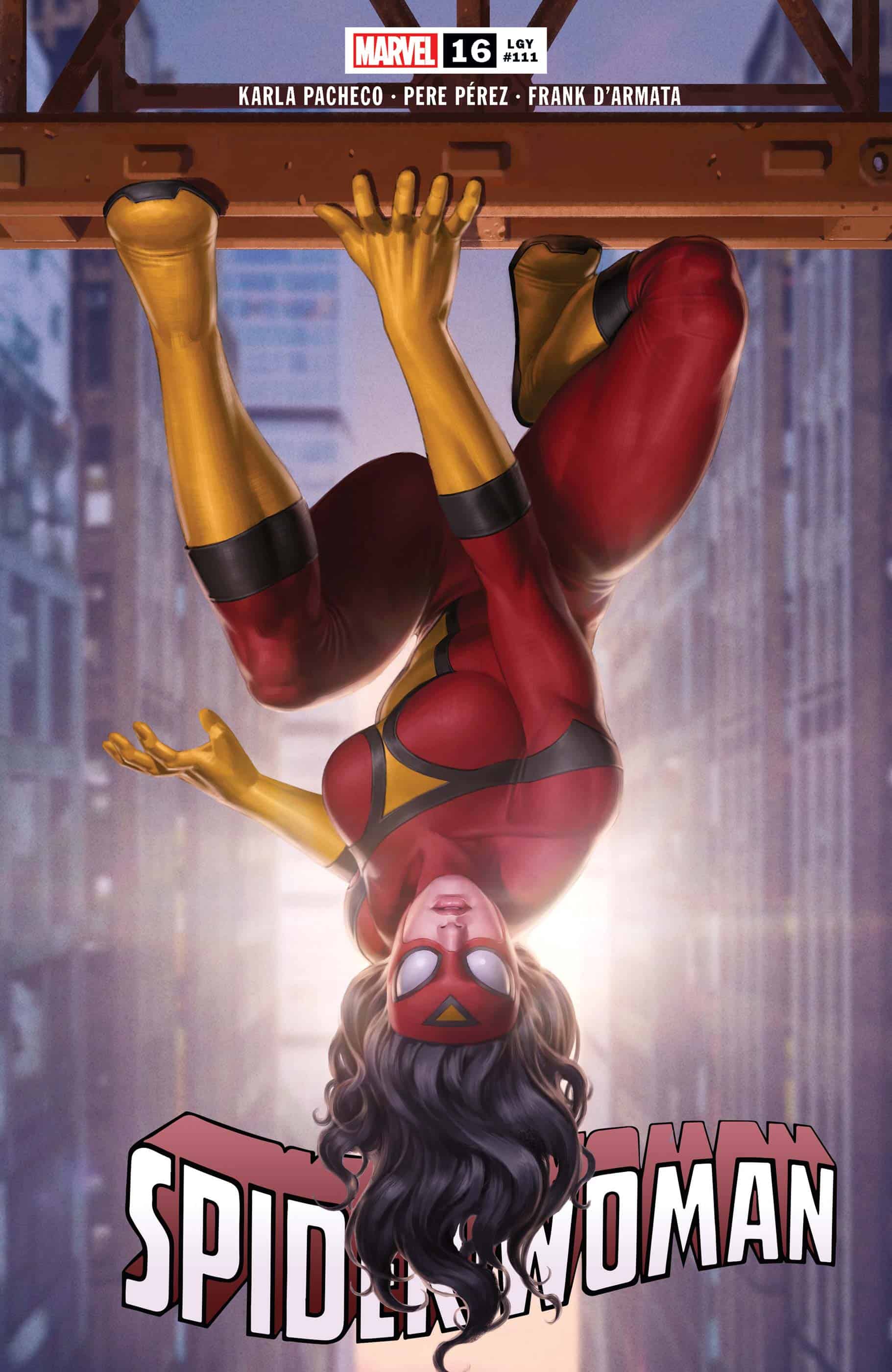 Aeternum threatened Jess’ family. Now Jess is fighting back…WITH her family. Someone in the Drew clan suits up for the first time! Who could it be?! Don’t miss the high-octane conclusion to this action-packed arc!

It’s the final chapter of the big heist…mmm, no, this wasn’t exactly a heist type of story. It’s the final chapter of Family Feud (much more appropo), with Jess, Becca, and her dog against Spider-Dad and his gal pal, Rosé, who are like, totally tweaked out on the Marchand serum, and will do anything they can to beat the crap out of Jessica and Rebecca, in order to save…Rebecca. Their reasons for doing what they’re doing doesn’t really go along with what they’re doing in this issue…if that makes sense. They’re trying to save Rebecca, but Rosé puts a very serious hurt on Rebecca in her cybernetic exo-suit that has some very interesting abilities attached to it. 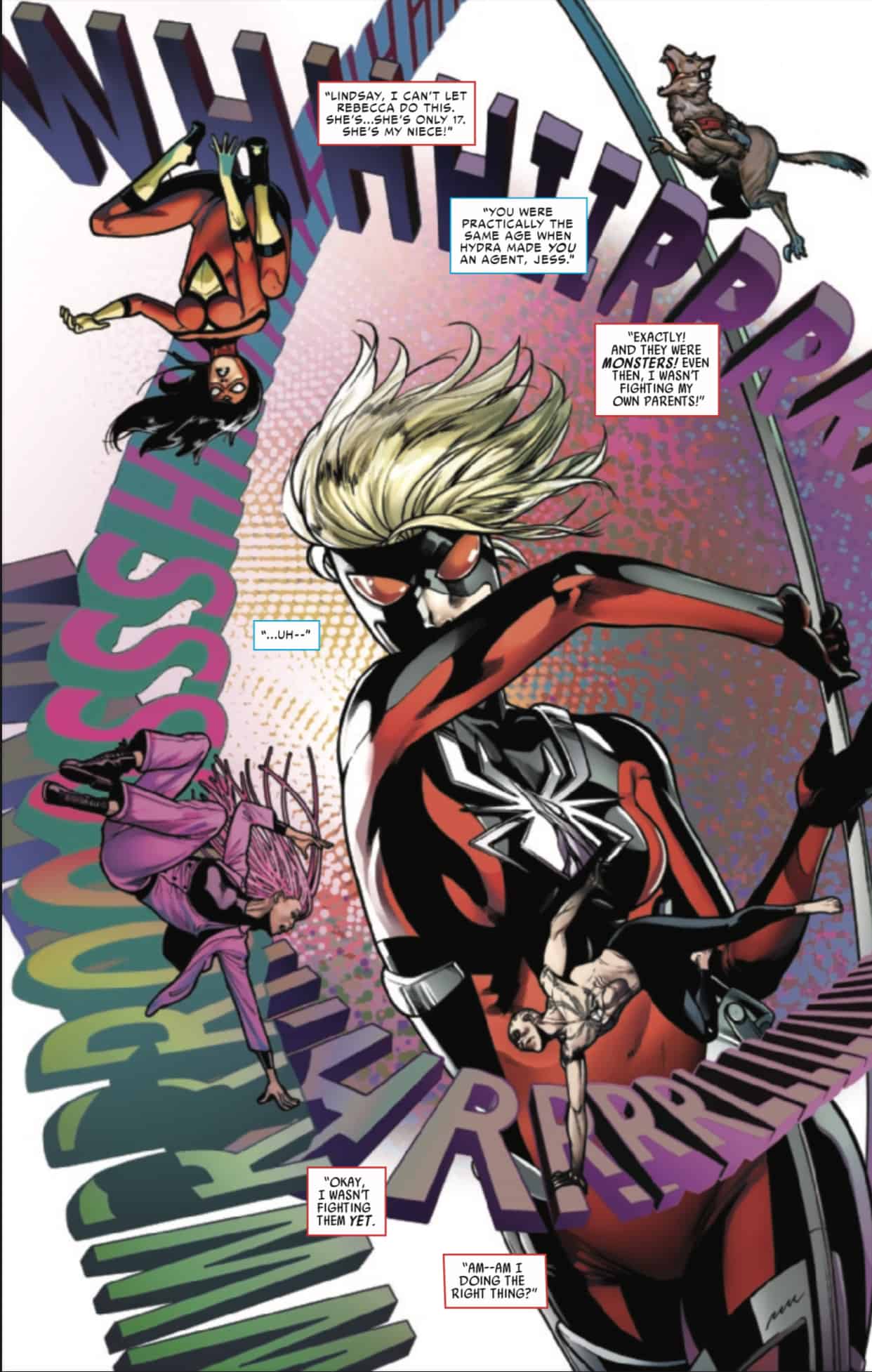 So I’m of two minds when it comes to Rebecca and her becoming the newest Spider-Girl, who has to use a suit to become a superhero. She’s already a girl genius, and super rich beyond belief, but she also has this suit that makes her handicap completely irrelevant. The girl something that I’ve read a lot of people have been complaining about, because they feel that the market has been over saturated with girl geniuses, but it’s just a stupid complaint in my mind. The Marvel Universe had Reed Richards, Tony Stark, Hank Pym, Bruce Banner, Hank McCoy, Peter Parker, Doctor Doom, Egg-Head, and so on in just 2-3 years so I’m not sure where the complaints come from. If having girl geniuses is the straw that breaks any suspension of disbelief, yet people with powers don’t, maybe it’s time to have an introspective look to see why. 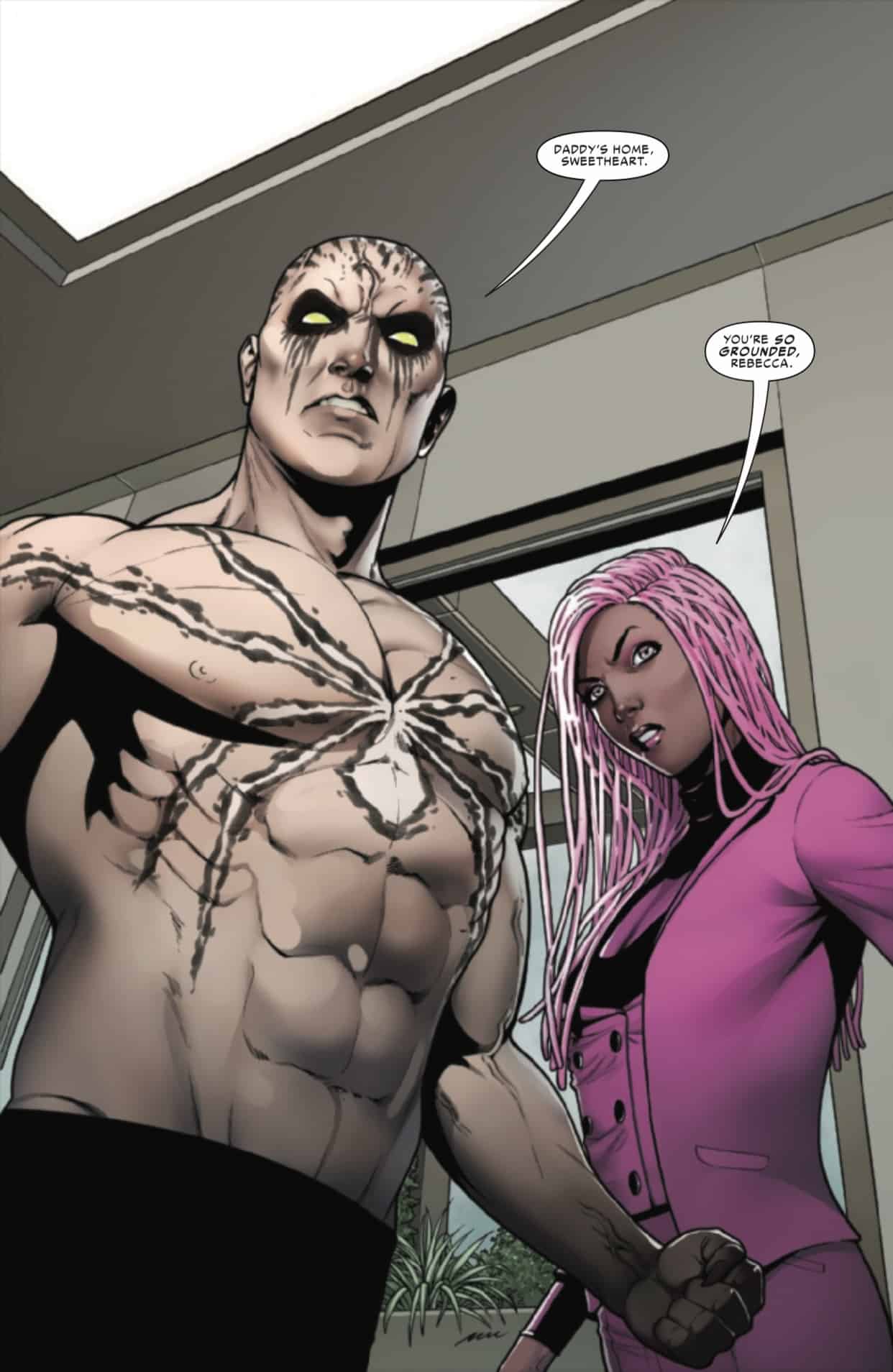 My biggest issue is the cybernetic suit. It strips her of her handicap, to make her a brawler. This happened to Babs Gordon and her Batgirl identity with the New 52 relaunch. Gordon’s journey from Batgirl, to her semi-retirement to become a Gotham councilwoman, to that fateful moment where the Joker shot her and paralyzed her, to her transformation into Oracle, one of Gotham’s biggest assets, as a Bird of Prey. The regression of character is something that has plagued her over the last 10 years, to which it seems like DC has decided to go back on the regression, and return Gordon to the role she’s had for over two decades. Anyway, I’m not a big fan of taking characters with a handicap and giving them suits that strip them of the handicap. Silhouette from the New Warriors, and Babs as Oracle have kicked loads of ass while still not using suits that strip that from their identity. I’ll give Karla and  Rebecca the benefit of the doubt to withhold my judgment until after we see more of her development. 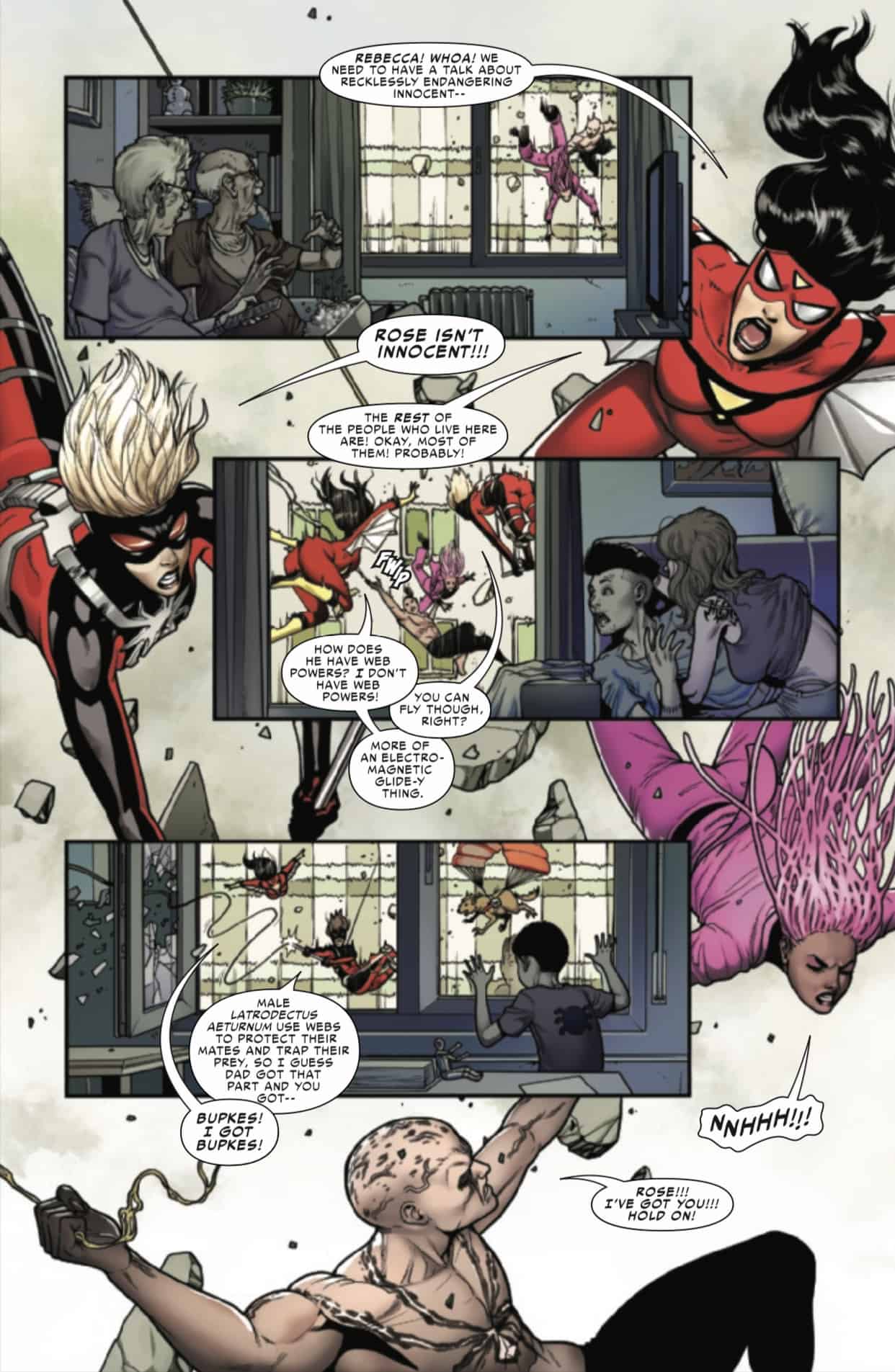 Pere Perez has been an absolute treasure in this book. The continuity of having his artistic vision over the entire 16 issues has added to much of my enjoyment of this series. Perez’s line work is so polished, with D’Armata’s color palette giving this book a look that has helped this book maintain its must have status. It also helps with the narrative that Pacheco has had from the start: it’s going non-stop, and she has no plans to slow down now. I wonder how long we’ll be able to keep this killer team locked down.

Karla hasn’t let her foot off of the pedal, and I’m not sure where she’s going next, and I’m actually very fine with that. Mix in some of the best art from the Big Two. There’s no guessing where we’re going next, and that’s alright.

Spider-Woman #16 Wake me up before you go-go