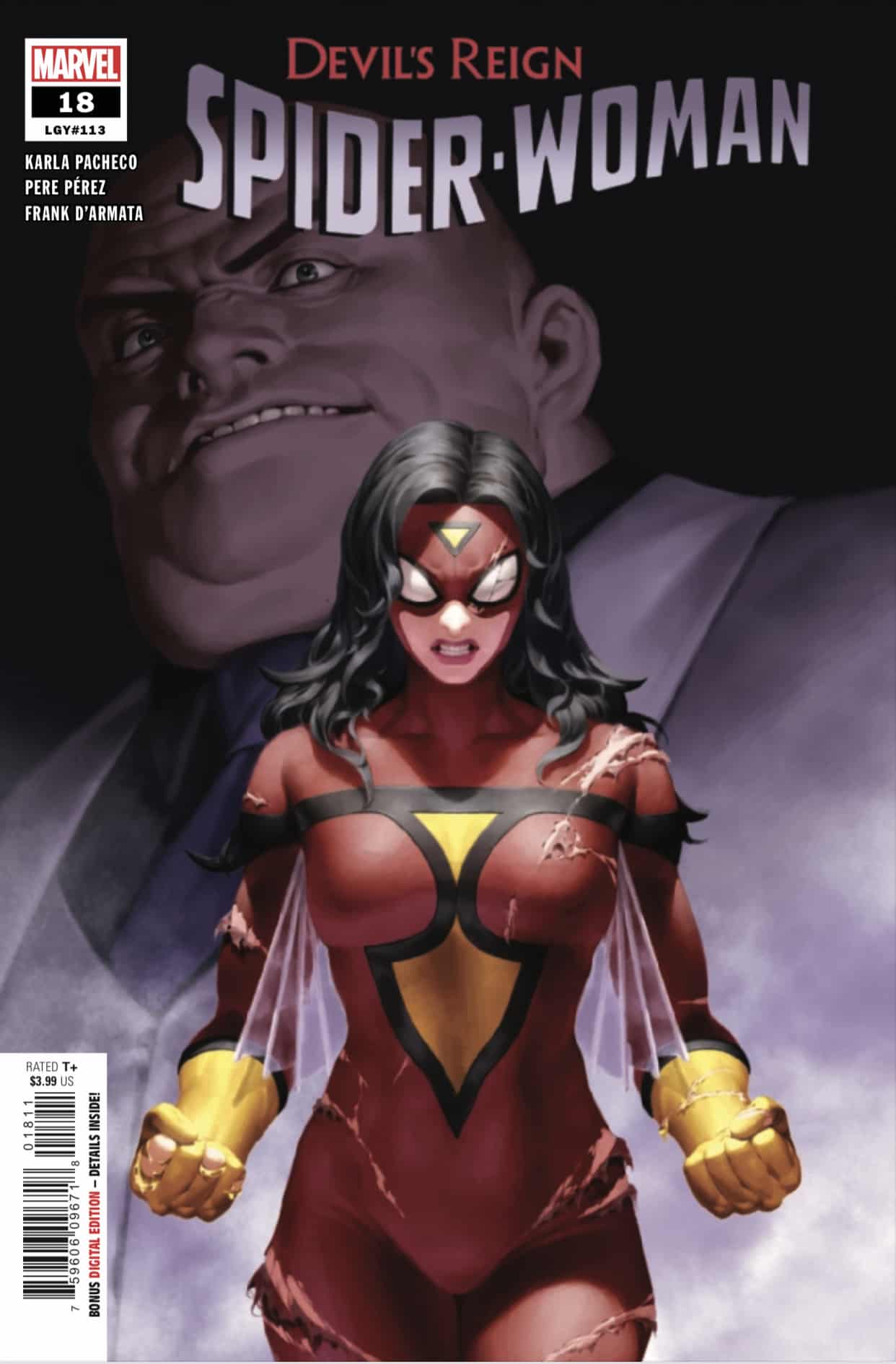 The Devils in the details!

Mayor Wilson Fisk is purging vigilantes from his city, and Spider-Woman is on his list! Fisk will do anything to bring her down, including going after her loved ones. It’s all on the line for Spider-Woman during DEVIL’S REIGN!

We’re two issues deep into the Devil’s Reign crossover happening in Daredevil, and other more street level heroes titles, and this issue has Wilson Fisk going all out on Jessica, and her world, as he continues his war on vigilantes. This time he’s got the Serpent Society out to get her, and Jessica will do anything to save her best gal-pal, the lushious Lindsay McCabe (the lushious moniker comes from an old appreciation thread on CBR’s comics forum from back in the day…oh god. I’ve dated myself ?). An attack on Lindsay means your @$$ is grass, and Jess is the lawnmower. Closer than Carol, closer than…Clint? Lindsay is Jess’s ride or die long before she saved an amnesiac Carol who was thrown over a bridge by Rogue, so nothing, and I mean nothing, will stand in her way in order to get revenge for her friend. But is she ready for the bomb that the Kingpin has dropped on her this issue? 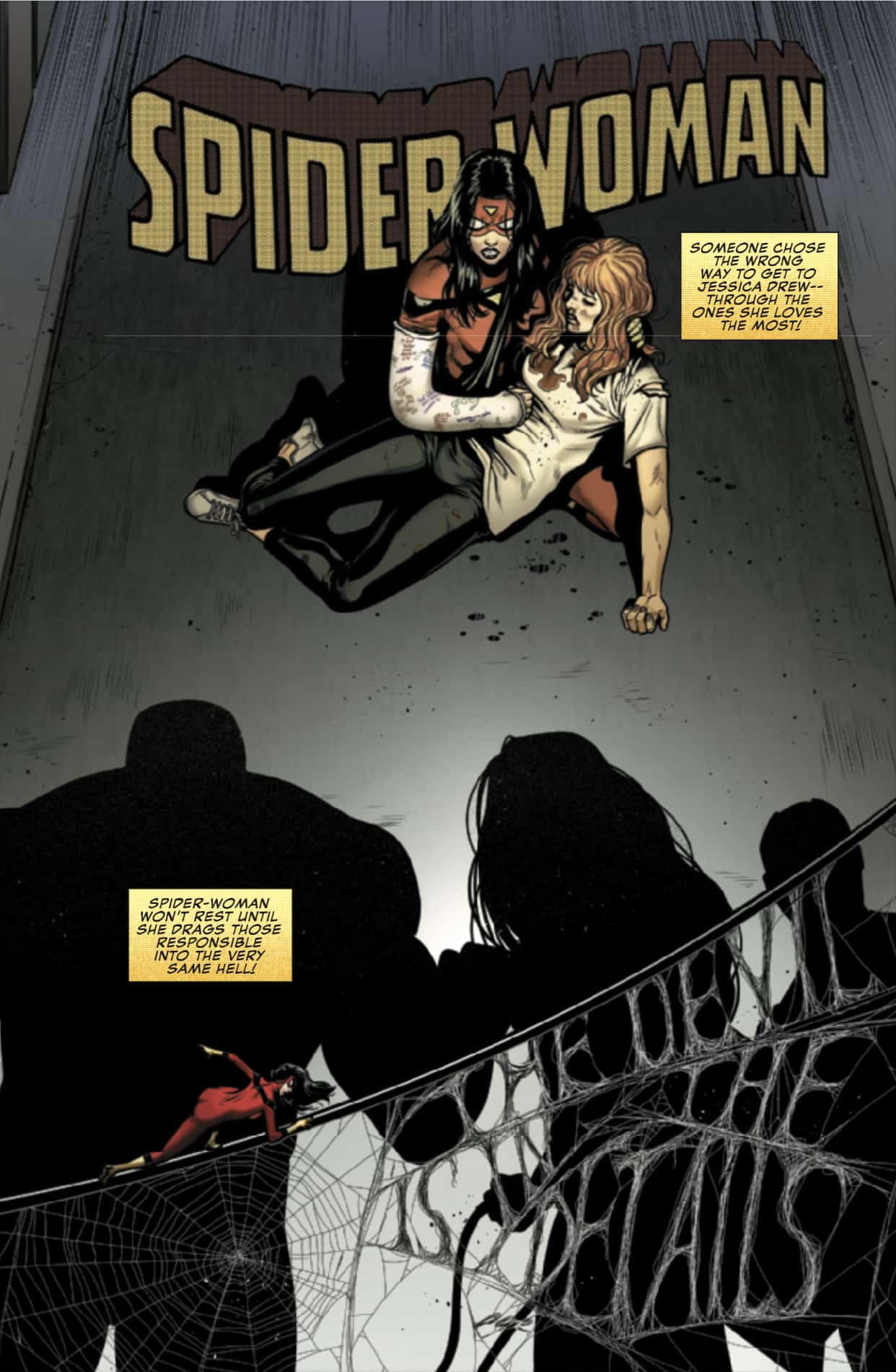 So Karla has really upped my love for this book ever since Lindsay has arrived, and I can’t put it down. This is the kind of book that’s a total popcorn flick, but unlike Michael Bay, I don’t feel like I’ve been cheated by a slew of hackneyed cliches and bad acting. Karla has tapped into the depth of these two women’s relationship, and is trying to give it the gravitas that it deserves. Is she there yet? No, but with time I feel we could get a friendship that would rival that of Peter Parker and Harry Osborn or Flash Thompson (when they’re not super powered), and that’s something that I feel has been missing from a lot of modern comics over the last few years. Sure, we have a few books that focus on supporting cast, but modern comics feels like it’s far too focused on moving from event to event, instead of just telling good stories that aren’t meant to just fit into a tidy little trade. 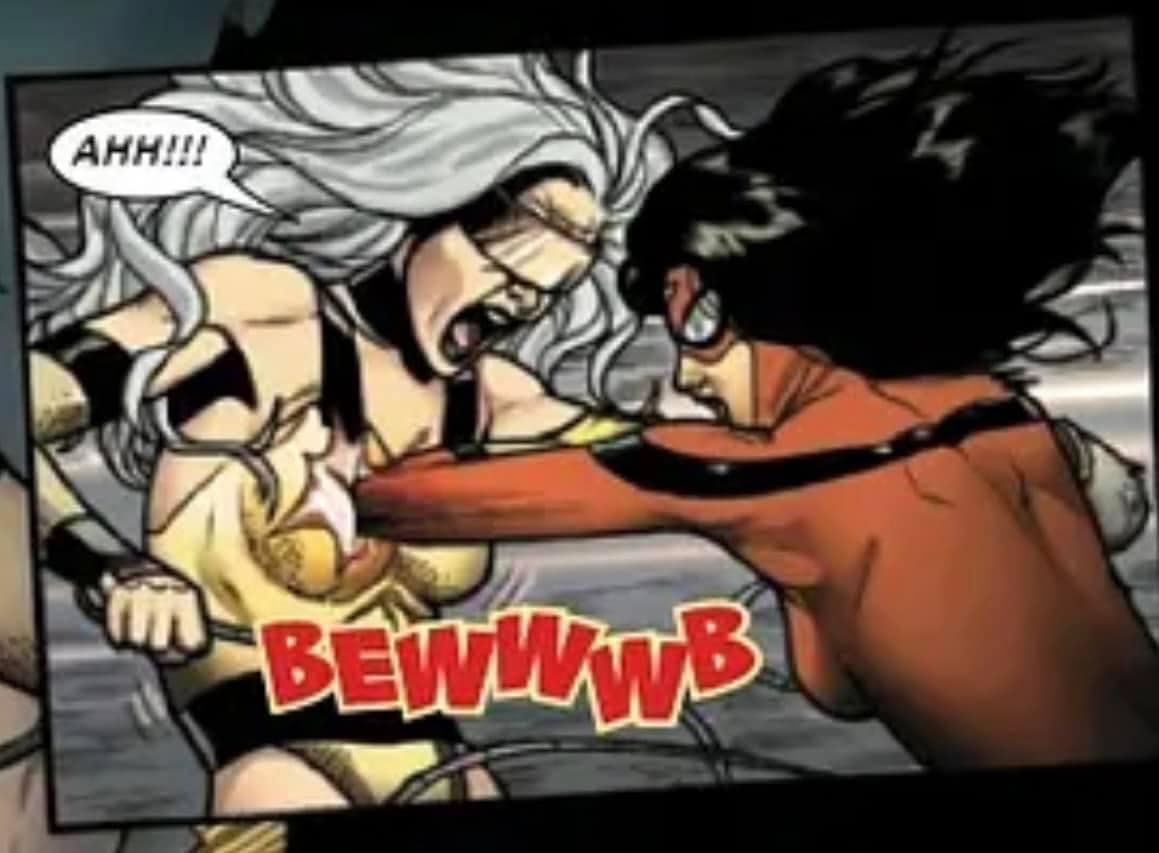 Pere Perez and Frank D’Armata are back with the fire that they’ve been giving us since the very first issue, and all I can do is give them a very big applause. They’ve been the sole artistic voices on this book, Jess and her world, and the quality hasn’t diminished one bit. In fact, I’d say they’ve grown better with every issue. If they remain on with this title, and continue to add in Karla’s signature humor and pacing, they could become the creative team that could help define Spider-Woman for an entire generation.

Sure we’re in a crossover tie-in issue, but Karla, Pere, and Frank keep on with the level of high quality that we’ve become accustomed to. There’s a bit of a surprise in this issue, and if you’re like me, who don’t read the solicits, then it’s a pretty good shock. It’s been a pretty long while since Jess has had to deal with this thorn, so I can’t wait to see where we go from here.