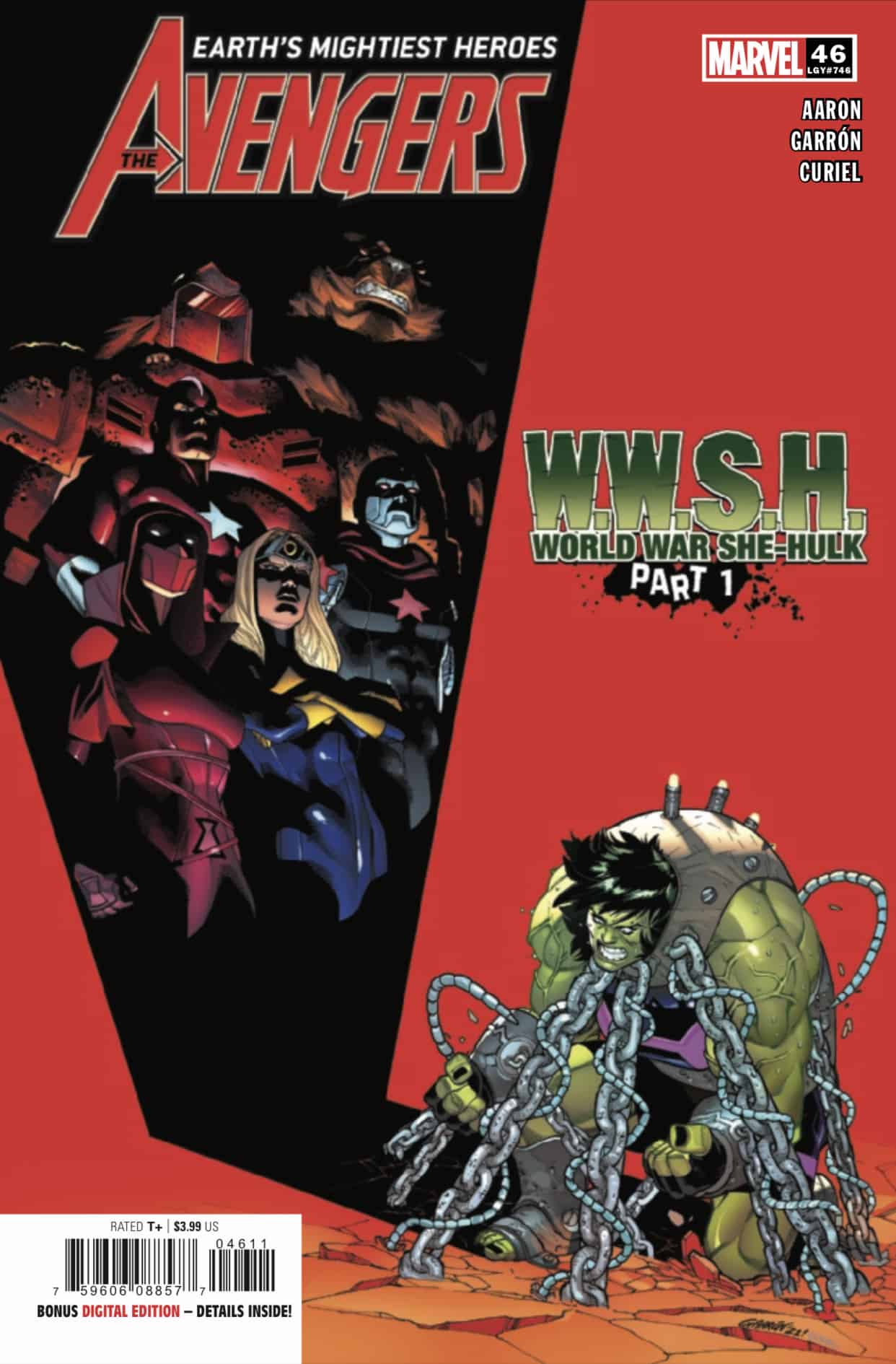 WORLD WAR SHE-HULK! After the shocking events of “Enter the Phoenix,” the Earth has become more fractured and volatile than ever, especially for the Avengers. Once She-Hulk is declared a global menace, Russia’s mightiest heroes, the Winter Guard, are tasked with bringing Jen to justice, to face a fate no Hulk could hope to endure.

The heroes have been reborn, and now they’ve returned to the good ol’ 616. Aaron’s taking no time to rest for the World’s Mightiest and throwing them into a full on Cold Hulk War with the Winter Guard and the Russian government’s Red Room. As you can tell by the title, this arc is focused on She-Hulk, a character that has transformed into a female version of the monosyllabic version of her cousin, the Hulk. There’s a few surprises in store for fans, and the Winter Guard have a really good showing here. For those not in the know the Winter Guard are Russia’s premier super team, and a lot of them are straight out of the Cold War era Marvel. They have their own Captain America analog (Red Guardian/Vanguard), Iron Man (Crimson Dynamo), Vision (Vostok), and many others. They’re led by a Red Widow (there are red widows in nature btw), another graduate from the Red Room, who is still a huge mystery after forty-six issues.

After the fall of the Berlin Wall and the Soviet Union, a lot of these characters faded into that hell we all hate to see with characters with unlimited potential: comic limbo. But with the increasing hostilities between the US and Russia over the last decade, Aaron using these characters in his run has been one of the better parts thus far. Especially his Ursa Major. If you don’t love the Winter Guard after seeing a giant talking mutant bear man getting drunk with an immortal Gorilla Man in the San Diego Zoo, then we can’t be friends (that didn’t happen in this issue, but in an earlier one). 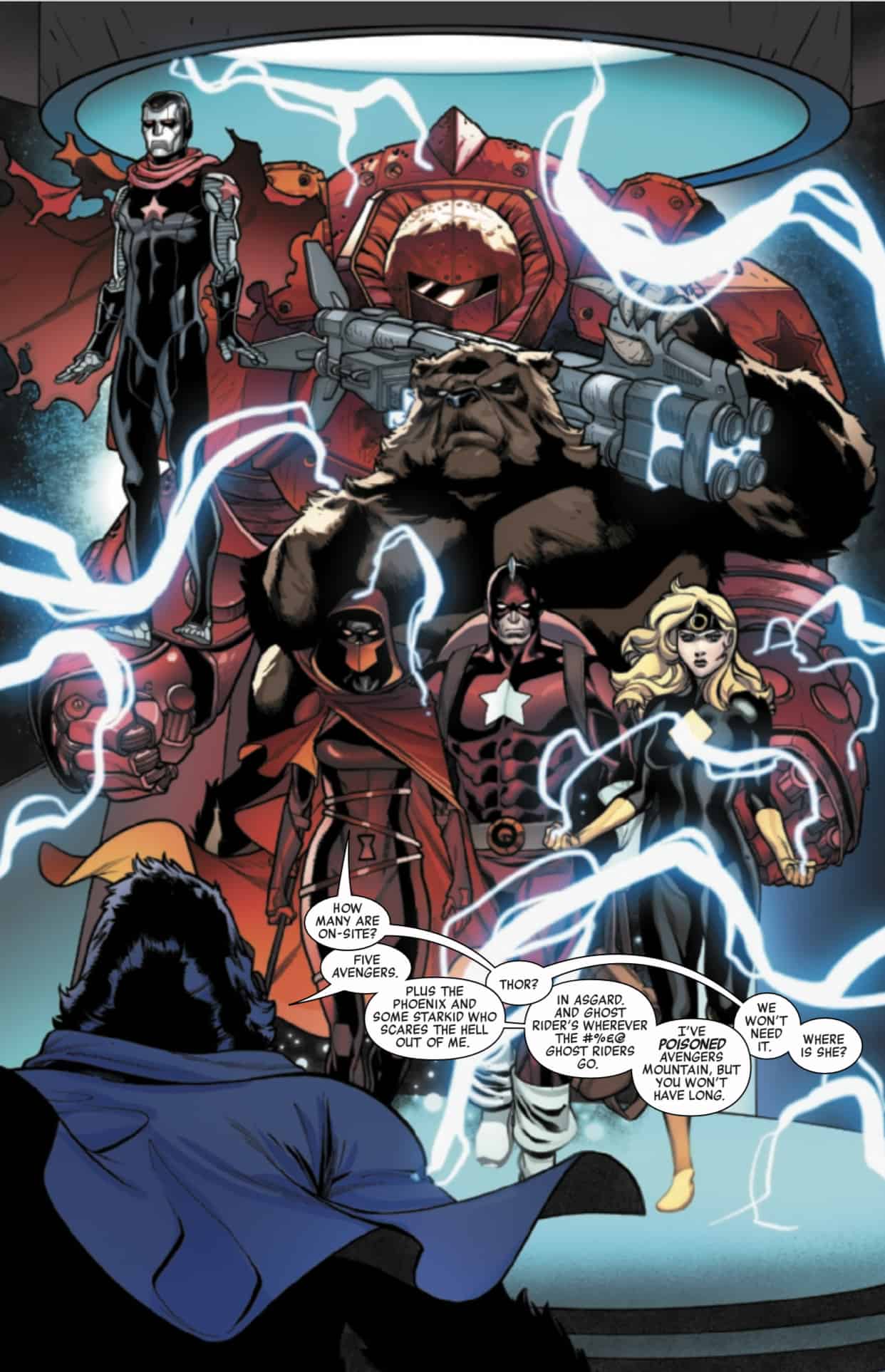 The art here is by Javier Garrón, and it is immaculate to behold. Everything from Starbaby Brandi (the child who received the Starbrand during an interstellar romp), to Darkstar and her compatriots, his work just gets better the longer he’s the artist on this book. Mixed with David Curiel’s colors, the art fits the theme for this book. It’s big, and detailed, yet clean to look at. The growth I’ve seen in Garrón since his run on Miles Spidey, and definitely lives up to his Young Guns title. I don’t know here he goes from here, but I’m sure I’ll follow him wherever that may be. 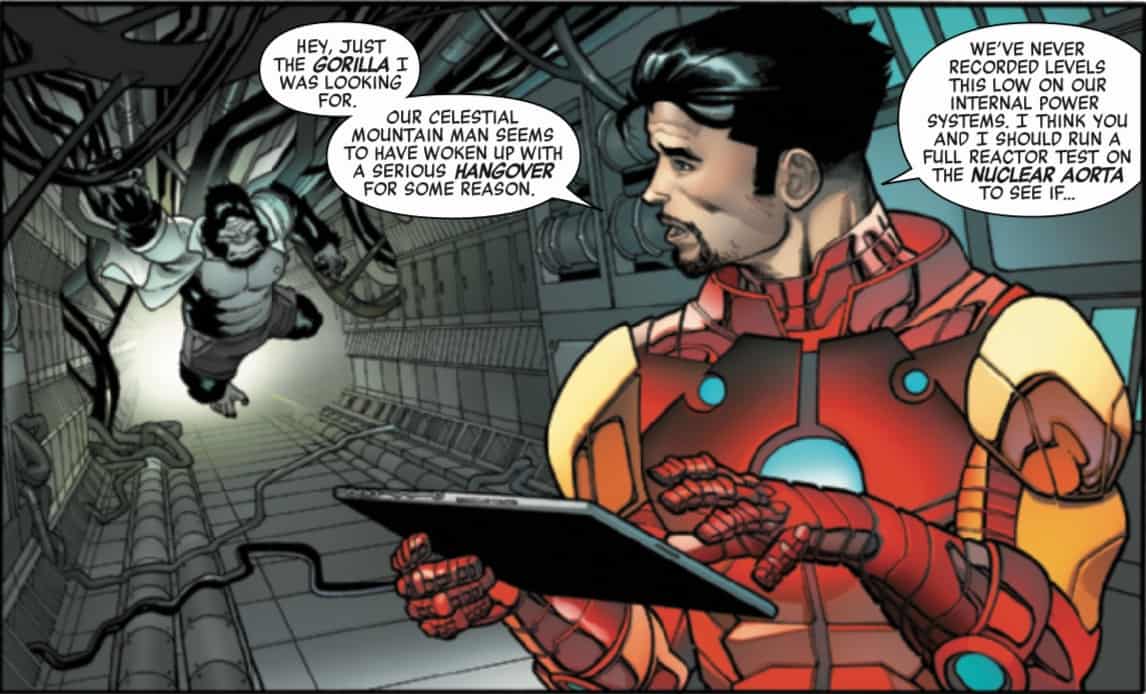 Aaron’s been treating the Avengers book like it’s nothing but huge event/crossover stories all the time, and it’s been a bit of a detriment to the run thus far. The lack of the much slower character focused issues to develop these subplots more, rather than just superficial morsels from time to time has caused some fans to begin to lose interest, despite it being the only place they can regularly read some of their favorite characters. I’ve become disenchanted by the run because of his handling of She-Hulk, as well as other characters and concepts that have fallen flat. This issue shows a marked improvement of the Phoenix storyline, and that might be because Aaron’s threads for the Winter Guard are much stronger and less contrived, and better suited for his storytelling sensibilities.

After a rocky few arcs Jason Aaron seems to be back on track. His handling of the Winter Guard here shows that he’s more comfortable with the standard superhero fare as opposed than topics that are more of a cosmic nature. Long simmering plots come to a head in this issue, as the countdown to fifty commences. Hopefully this team will be able to keep up this momentum.