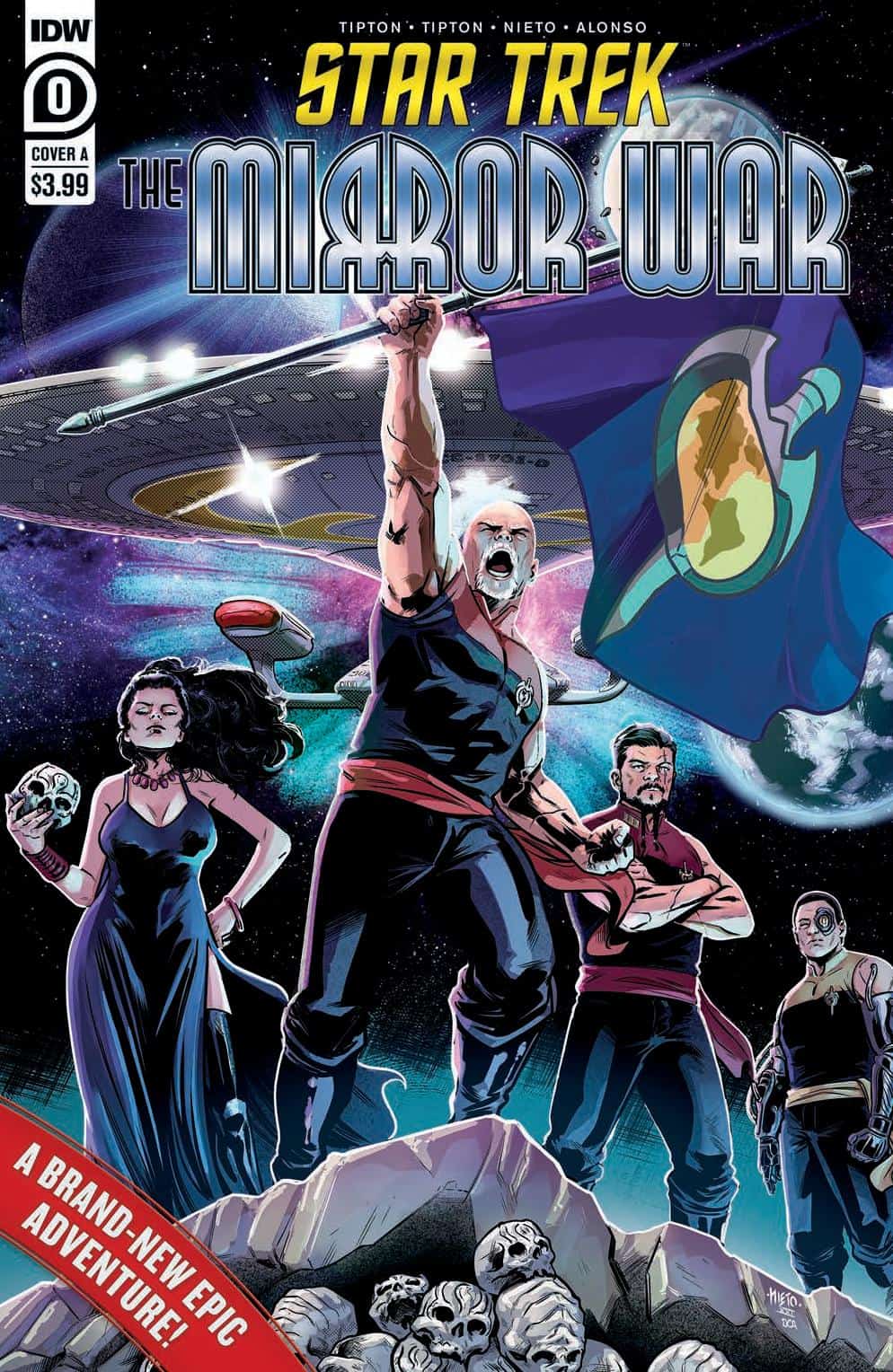 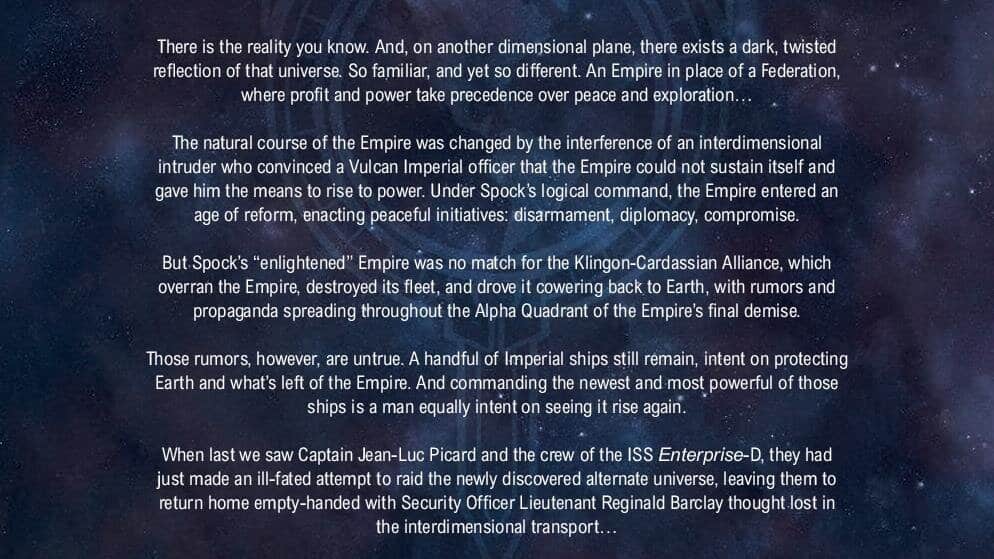 Who doesn’t like the “opposite stories”? From Bizzaro to Reverse-Flash to the Mirror Universe they’ve always been a part of comics history, and there’s a good reason why. It’s always fascinating to read a good story of otherwise heroically acting heroes acting like villains. It’s a nice change of pace from the normal stories that are told, and it actually lets us as readers take a deeper dive into the characters that we’re familiar with. Do we know the character well enough to know what they’d do if they were villains? The Star Trek Mirror Universe goes back at least 50 years, and it’s a favorite place to visit for a lot of Star Trek storytellers, but David & Scott Tipton get to take this car out for a joyride and they drive it like it’s never been driven before. This issue is a great summary and introduction to the universe, giving us a “scorecard” if you will as far as who’s who and what’s what and lets you know the recent history of what’s taken place between us and the Mirror Universe. The Tiptons give us a complete tale, along with a nice setup for where they intend to take the series. IF I had to criticize something about this issue, is that, even if you have zero knowledge of the Mirror Universe, you can practically SEE the knives getting stuck in the backs from three issues away. In a place where the number one rule is don’t trust anybody, you probably shouldn’t….trust….anybody. 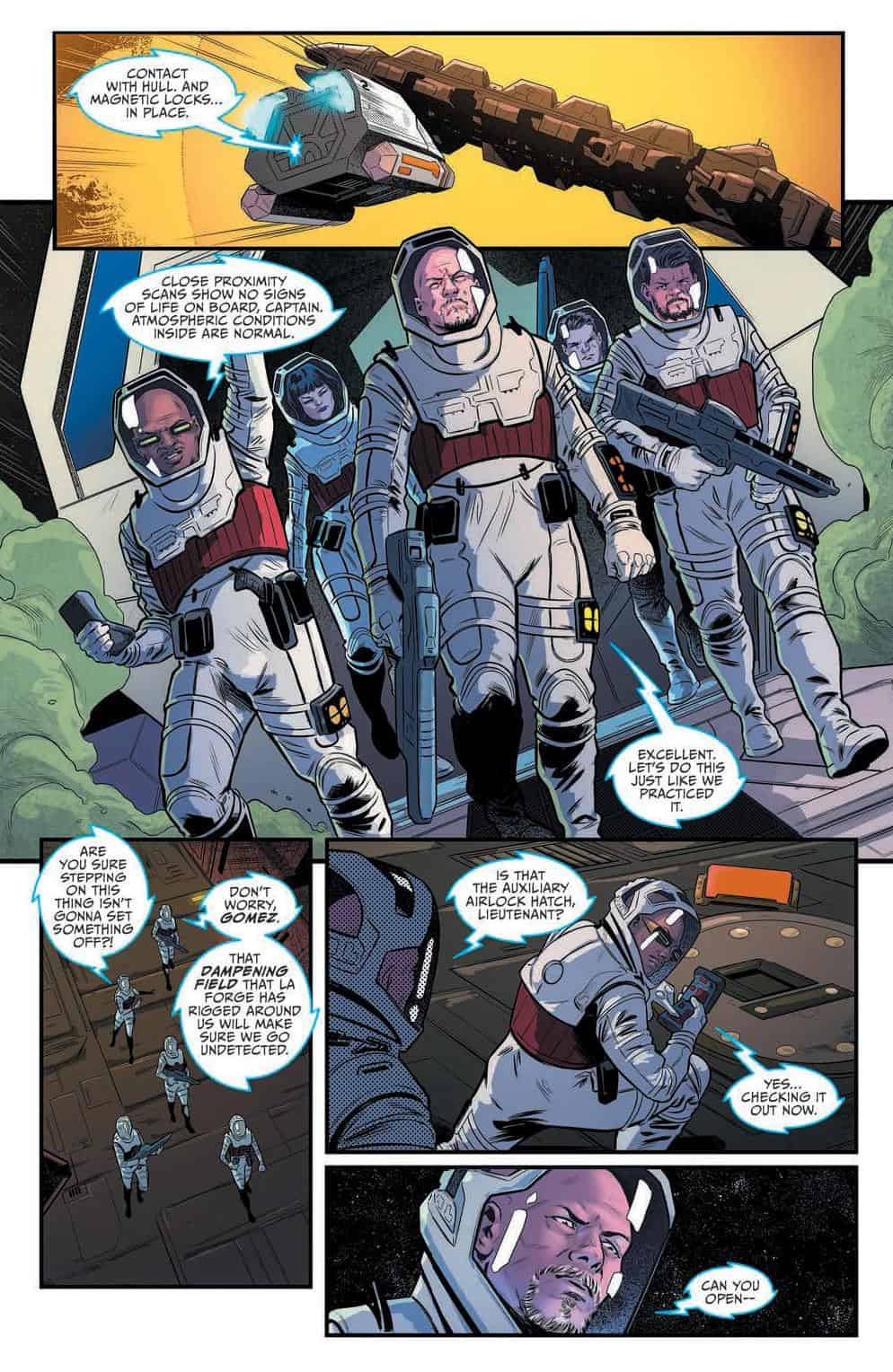 Artist Carlos Neito is a fantastic artist and his work on this issue is amazing! I don’t know just what research he did, but there is a lot of really dangerous-looking machinery and technology in this issue. For every sleek, cool-looking piece of Star Trek tech, Neito replaces it with something that’s really menacing and dangerous. You can also tell he had some fun with the character designs for this book. He takes a lot of the costume designs from the Mirror episode of the original series and brings them a few decades into the future. I can’t wait to see where he takes this story artwise, because he’s already proven he’s got the chops to make this mini-series a staple of any Star Trek fans library.

A compelling story that grabs your attention and immediately sucks you in, eye-catching art that makes you want to look longer than you have to, combine these two elements and you've got a really great book!!! Grab it!!!