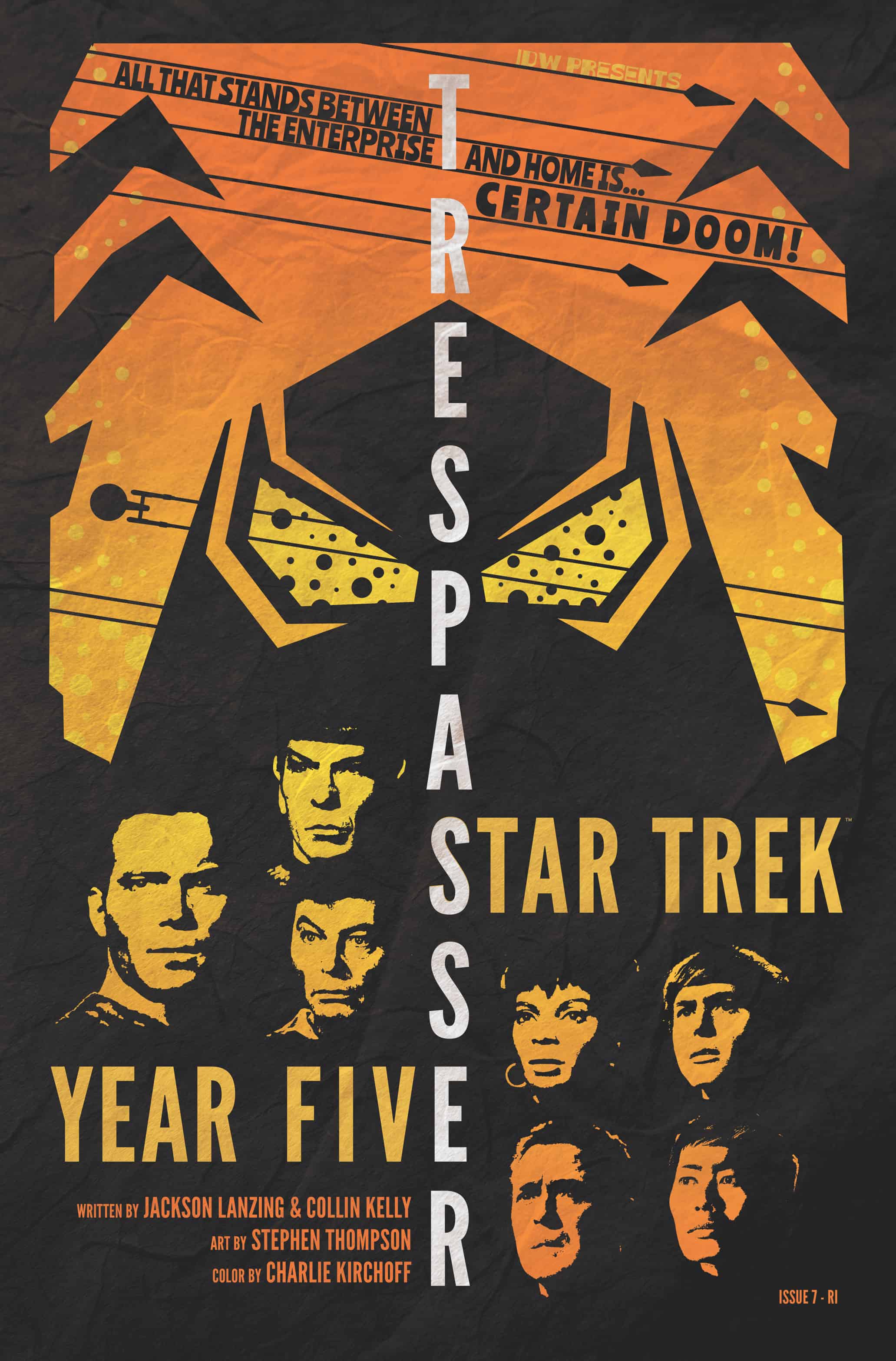 On an archeological dig, Enterprise crew members take an ancient artifact that allows people to read other people's minds. That doesn't turn out so great for the crew of the Enterprise, they return the artifact and everything is okay...for about five minutes.

In this issue, writers Jackson Lanzing & Collin Kelly continue the ongoing storyline of the original series crew’s last year of its five-year mission. The book has all the things that we’d normally see in a TV episode of Star Trek. A dangerous situation, Captain Kirk beaming in where he really shouldn’t, and teaming up with one alien race to go against a different alien race, one that’s unknown to both of them. This time, Kirk and the crew of the Enterprise have to team up with a member of the Tholian race to find out who’s betraying the Tholians when all of a sudden they discover the Enterprise is caught in….you guessed it! A Tholian web!!! Luckily, another ship is caught in the same web, this one holds a member of a race that they’ve never met before. Without asking any questions, Kirk and Sulu put on their snowsuit looking space suits and fly, yes fly, over to the alien ship. There, they meet Ayal, the last surviving crew member from the other ship that’s caught in the web.

I won’t spoil any more of the issue for you, but trust me when I say this is a great classic Star Trek story told by Lanzing &Kelly. They’ve got a very firm grasp of the mythos and know exactly how to tell a story within it.

And it’s not too bad to look at either! Stephen Thompson’s art fits this book, and the Star Trek universe, like a glove. He’s got a great skill for using the actor’s likenesses without going over the top or making them look awkward. Sometimes, artists sacrifice anatomy to stick with the likenesses, but that’s clearly not the case here. He’s also got a great touch for rendering the technology of the Universe. He uses some double-page spreads, which totally fits this issue, All in all, he’s a great choice to be the artist on this book.

All in all, if you're a Star Trek fan, this book is definitely worth your time and money. If you're not a Star Trek fan, you might be lost in a couple of places, but you're still going to be entertained.