Star Wars #13: Wars of the Bounty Hunters – Prelude: The Hunt For Han Solo 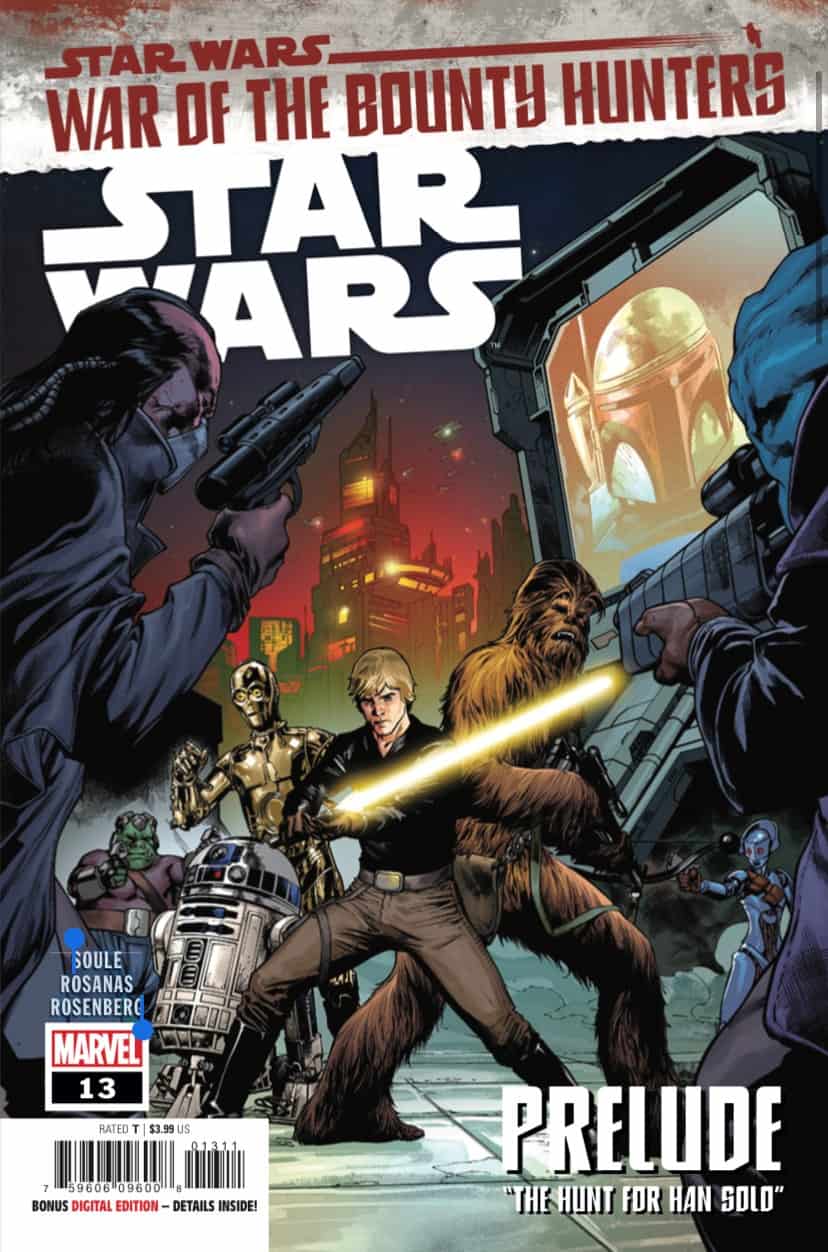 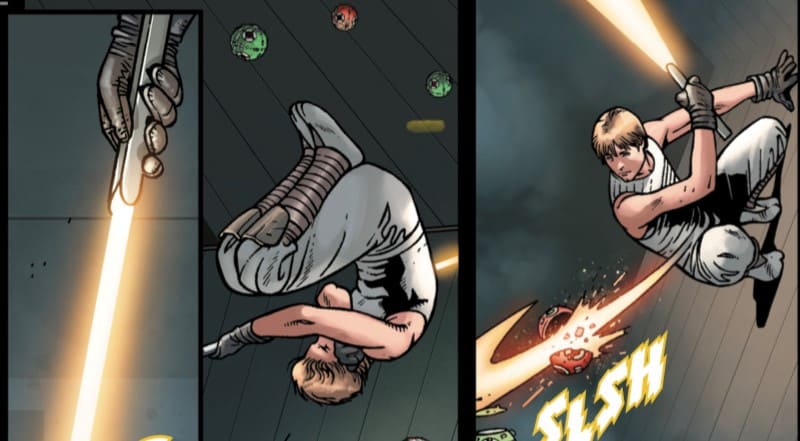 After a long and drawn out space battle, Luke is finally free to search for his captured friend, Han Solo. With his new yellow-bladed lightsaber to replace his old one, he must go deep into the criminal underground where he searches for the trail of Boba Fett.

The first two arcs in this series were strong and solid, and although they had tons of action and drama, they lacked an essential element to Star Wars enjoyment. That element is adventuring planet-side in some seedy back alley filled old city fighting thugs, assassins, and gangsters. This issue delightfully jaunts into that world, largely in part to the bigger event it is a part of. The War of the Bounty Hunters is a thirty-four issue mega story that runs through almost every Marvel Star Wars title for six months. This issue is the second chapter, but the first one for this series in particular. As good as Star Wars comics have been in the past year, they have been heavy. This event gives fans a fun adventurous period with everyone’s favorite bounty hunters in a multi-series mega-event like Marvel has been known to pull off for decades with their superhero comics. It is very nice to see Luke swinging a blade and space-hopping with his pals. It almost looks like fun. 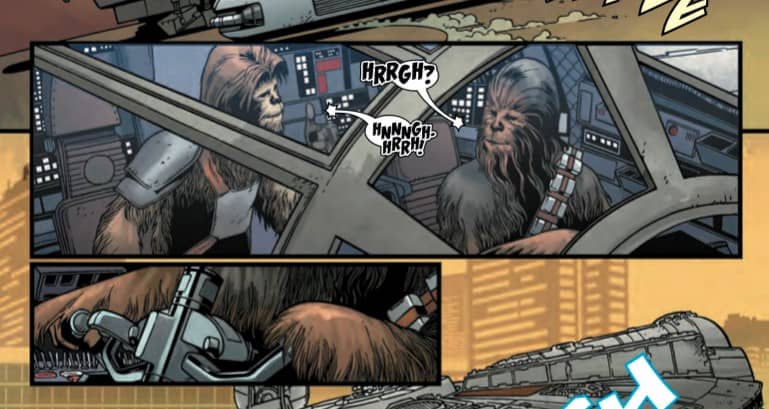 This issue is a good introduction to this series as well as the whole thirty-four issue event because it doesn’t throw all the biggest and best bounty hunters at the audience right away. In fact, no main bounty hunters show up in this one at all. That makes the audience thirsty for more. It does however feature some familiar faces, and places. Nar Shadda is a long time smuggler moon in Hutt Space going back to the ’90s. Han once operated out of there in the older continuity. The issue features Sagwa the Wookiee, a character who Chewebacca helped escape the spice mines of Kessel in Solo. The gangsters of Kanji Criminal Enterprise, later to be known as KanjiKlub in The Forces Awakens make an appearance too. Yet another fun little reference is a Pa’lowich teller, who looks an awful lot like Sy Snootles, the lead singer of Jabba’s Max Rebo Band. 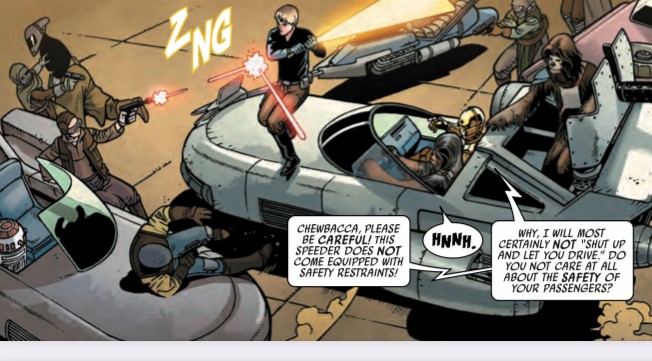 Although it was a fun chapter, This issue didn’t add all that much to the series. There is a lot of silent panels in the beginning as Luke trains, then a swift, but fun little self-contained adventure, followed by Artoo setting up Luke’s further adventures. The whole issue seems to just zip by. Since the Bounty Hunter event will be going on for many months, it may be a while before the series returns to Luke. Like its one-shot feel, everything about this issue seems very different from series before it. The tone is very different. No space battles or Imperials. There is no Leia, who has been central to most of the series, or even Lando. It’s just Luke, Chewie, and the droids. That’s a rare team up squad. 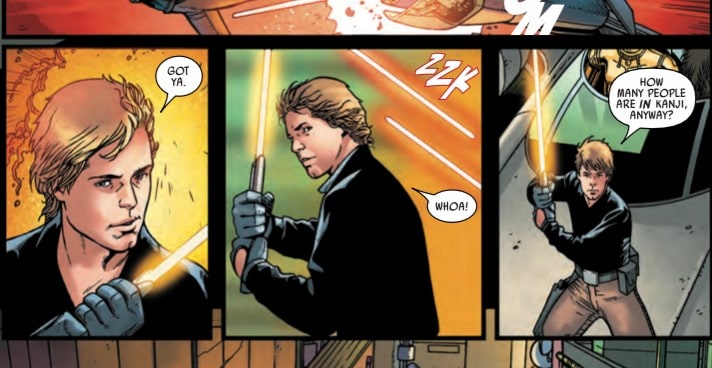 As standalone as this issue felt, there is a high probability that some of what happened in this issue will come back later on in either this series specifically or elsewhere in The War of the Bounty Hunters event. The cover art for the next issue teases a Lando adventure. When last he was seen, he was contemplating selling out the Rebellion. What will he do?