Star Wars #14: War of the Bounty Hunters – Save Solo 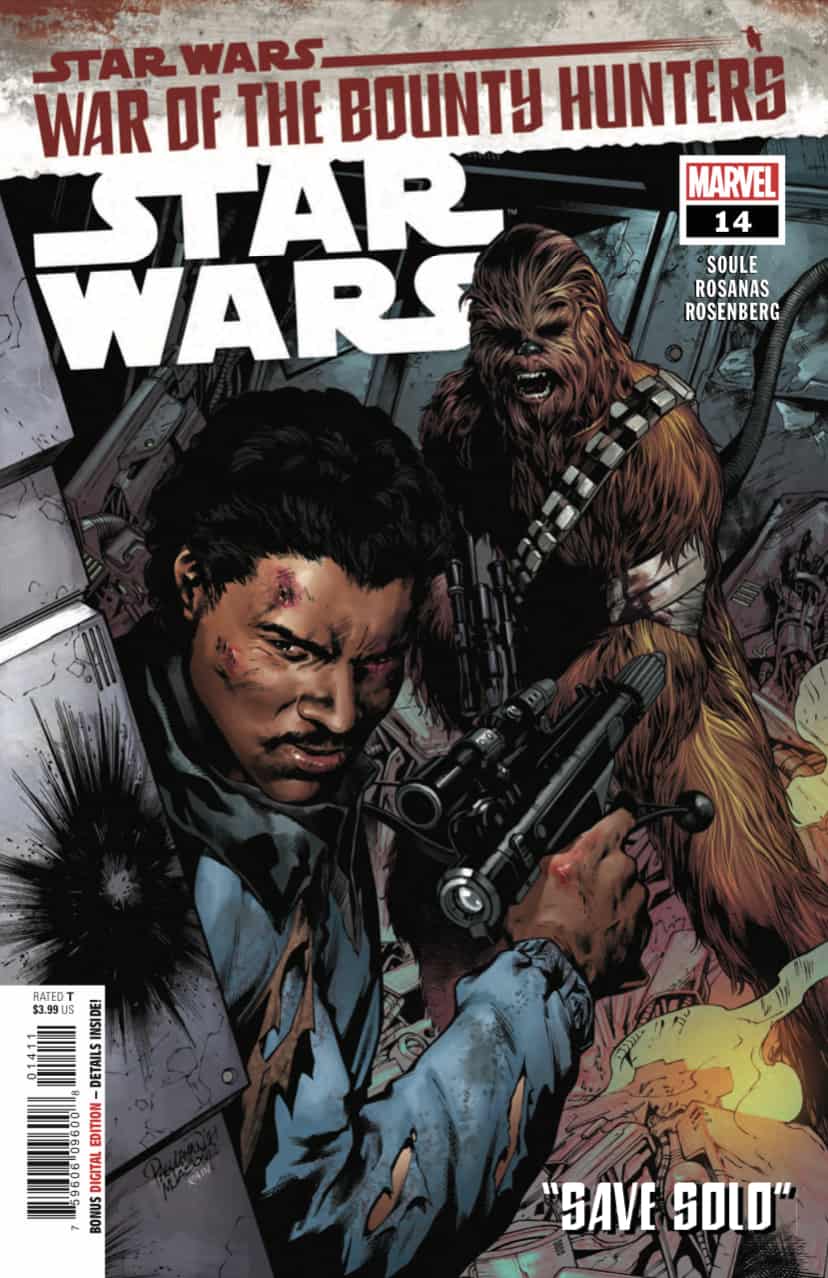 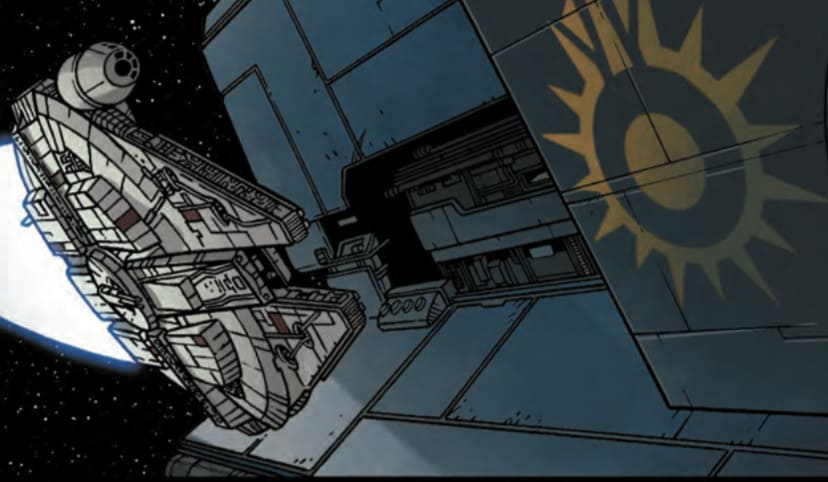 After traveling to Nar Shadaa while tacking Boba Fett, Luke comes up with no hints as to his where the bounty hunter or Han currently are. The crew of the Millennium Falcon seem at a loss, that is until Leia gets a lead from and old friend.

“The War of the Bounty Hunters” continues in the regular Star Wars series. So far, the gang has had very little progress in finding their missing captain, still frozen in carbonite. Leia has been dealt a handful of hard losses, and seems very unlike the fiery hero/princess/general she usually is. Luke can find nothing. Lando has left the group. Things seem bleak. Hope does eventually come in the form of one of Leia’s oldest friends and allies, Amilyn Holdo. Holdo has been working with the syndicates to try and negotiate aide for the Rebellion. In doing so she learns that Boba Fett has lost Han to Crimson Dawn, who are now attempting to auction off the frozen smuggler. It seems clear that they will need help from Lando after all. He has had dealings with Crimson Dawn before, and his scoundrel nature would be an asset to this mission. However, Lando has ulterior motives for helping. 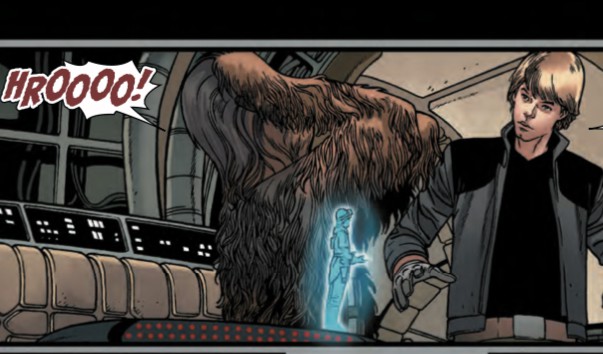 This issue follows that last one by being part of the greater “War of the Bounty Hunters” cross-series event by continuing to have no actual bounty hunters in it. However what it does have is lots of references to other Star Wars films. This always seems to be the hallmark of Star Wars comics in general. Ever series seems to attempt to tie the whole saga together by cross-referencing all three trilogies, various TV shows, the standalone films, and even other Star Wars comic series. This chapter is a great example of that. Holdo not only appeared much further down the saga’s timeline in The Last Jedi, but she was also featured in the book Leia: Princess of Alderaan when the two girls were teenagers. Black Sun makes an appearance too. That was the crime family that originally appeared in Shadows of the Empire, a multimedia project in it’s own right in the old continuity, talking place at the same time this one does. Of course the presence of Crimson Dawn along with Lando, the Falcon, and Chewbacca harkens back to the Solo standalone film. A neat direct nod to that film appears when Chewie first hears that they will be going up against the crime syndicate. He howls in frustration and fear just like he did when he heard the name Crimson Dawn in Solo. A further connection to the original films is Lando’s continuing collusion with Bib Fortuna on behalf of Jabba. It’s beginning to seem understandable why Lando ends up working undercover in Jabba’s palace in the greatest plot to rescue Han. Since this part of the series takes place almost a little more than half a year before Han’s ultimate rescue in Return of the Jedi, Lando will most likely end up in Jabba’s palace sooner than later. 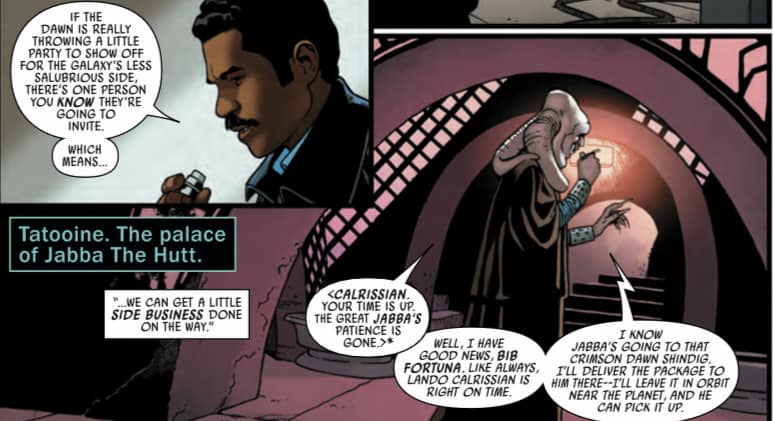 Overall, this issue pushes the plot forward, but after a disappointingly uneventful previous chapter, as well as this one sort of being shoe horned into the plot of the other various “War of the Bounty Hunters” series, it doesn’t add all that much. That art is still just as impressive, and it is nice to see Lando back in the group, but he is mostly concerned with helping Han and his old pal Lobot. However, the issue does end with an impressive set up for the next issue. Leia also seems to be getting her groove back as she gets ever hopeful, having finally tracked down Han. Lando’s plight seems to be getting tougher. This will make for colorful storytelling further into the series, as will the presence of the ruthless members of Crimson Dawn. 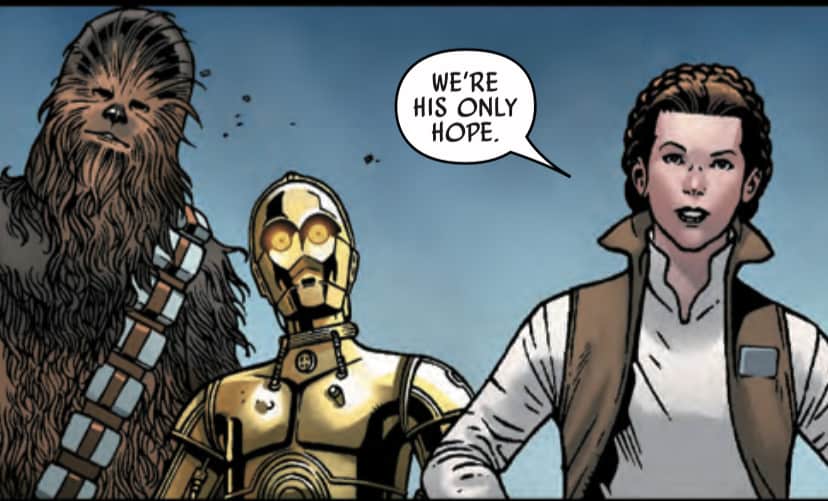 The scene is set for what will almost certainly be an impressive, but ultimately futile rescue attempt. Going up against an organization once run by Darth Maul is no joke. Han’s friends are very brave as the head directly for the largest den of criminal ever assembled.