Star Wars #15: All Wings Report In

Star Wars #15: War of the Bounty Hunters – Friends and Enemies 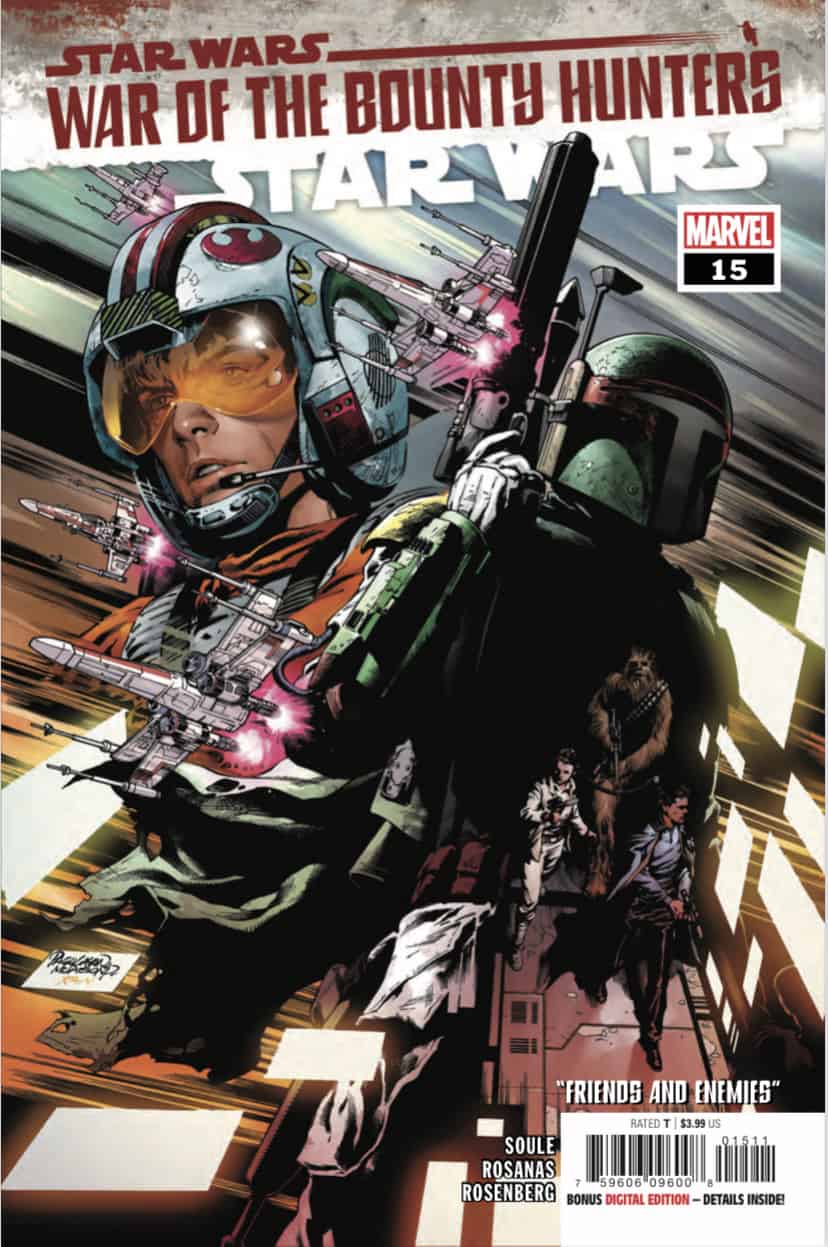 The rebellion is scattered across the galaxy with no way to communicate with each other. Han Solo is the prize at an auction held by Crimson Dawn. As Leia, Chewbacca, and Lando try to track down and free Solo, Luke Skywalker and Starlight Squadron are on a mission of their own. In an attempt to regain troops as well as morale, the daring aces flight straight into danger.

This issue seems almost more of a mid-story break in the larger “War of the Bounty Hunters” cross-series event. It really doesn’t have that much to do with and bounty hunters at all. Leia and her crew are off in another series at the time, taking a more active role in Han Solo’s rescue. This leaves Luke to occupy himself with some good old classic starfighting. This chapter seeks to tie up some more loose ends from the series prior to “War of the Bounty Hunters.”

What it results in is an issue that seems more like classic Star Wars with lots of pilots chatting in their cockpits and strategizing as the complete their mission. It has some nods to A New Hope with some specific line callbacks as well as a Force-vision flashback to the battle of Yavin IV. It has been a while since any Star Wars comic series has focused on the pilots alone. The presence of Wedge Antilles is another familiar element. Of course the issue also has to have an arrogant Imperial leader to scoff at the pitiful squad, which is very classic Star Wars. 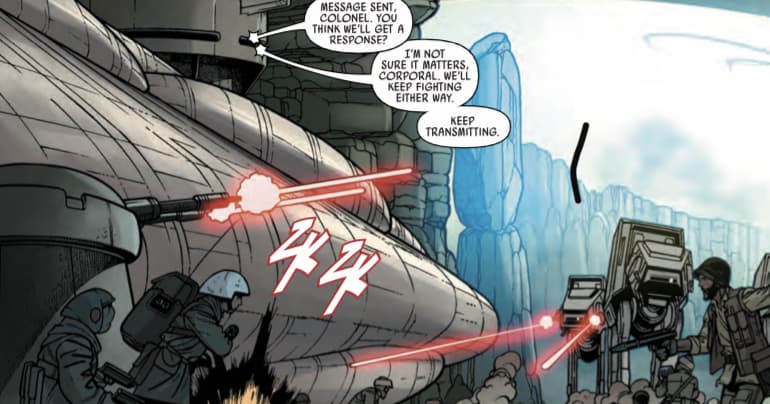 One of the drawbacks of focusing so much attention to the pilots is that is not as visually exciting for a good portion of the issue. There are lots of panels of static pilots in cockpits just talking. Although the dialoged is important, it takes away from the overall action. That is not to say there isn’t action in the issue though. The rebels on the surface of the planet are fighting off the encroaching Empire desperately. They are simply soldiers trying to survive.

Once the squadron gets in contact with the ground crew, that’s when the action really starts off and a way to win seems likely. This is important for another reason besides merely survival. The whole morale of the Rebellion is crushed at this point. It seems likely to many members of the rebellion that they are nearly about to be wiped out. They need a win. Ultimately they do get a small but important win as they recover a sizable portion of the lost and scattered Alliance, including some key members of leadership. 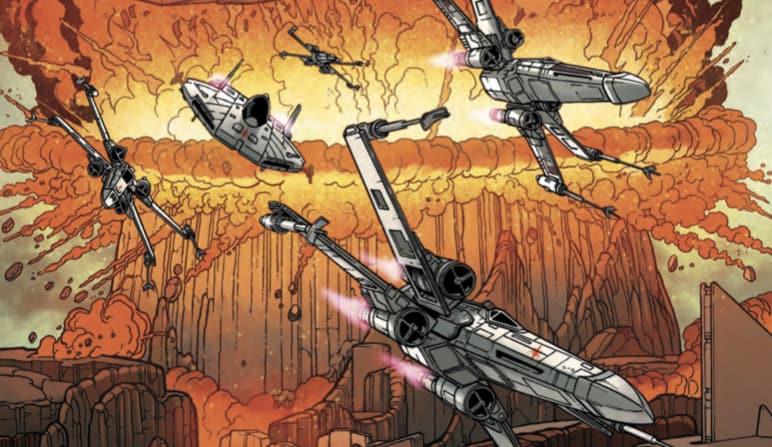 One of the aspects that make this almost standalone story stick out is that it is very rooted in the military nature of Star Wars. The saga is big and covers so much, that sometimes the wars aspect gets but on the backburner in favor of more fantasy elements Jedi fighting Sith. This chapter is entirely military, with no lightsabers, giant alien creatures, or tricky Force maneuvers. It is all Navy of the Empire versus the pilots and soldiers of the Rebel Alliance. That is another way this issue feels so classic, and at the same time unlike the “War of the Bounty Hunters.”

The overall series is hitting its midpoint, so a small break in stories about the criminal underworld of Star Wars is a refreshing intermission. Of course by the end of it, Luke is put back on task as he learns through The Force, that Vader is after his old pal, Han Solo. It is likely that the next issue will be back to the epic conflict between Dark Lord and fledgling Jedi if the preview is any indication.

The Force has shown Luke Skywalker his path once again. Having warned Leia that Darth Vader is also trying to get Han Solo from Crimson Dawn, Luke will likely go after him. Unfortunately that is exactly what Vader wants.

Star Wars #15: All Wings Report In