Star Wars #17: The Heroics of Luke and Lando

Star Wars #17: War of the Bounty Hunters – The Chase 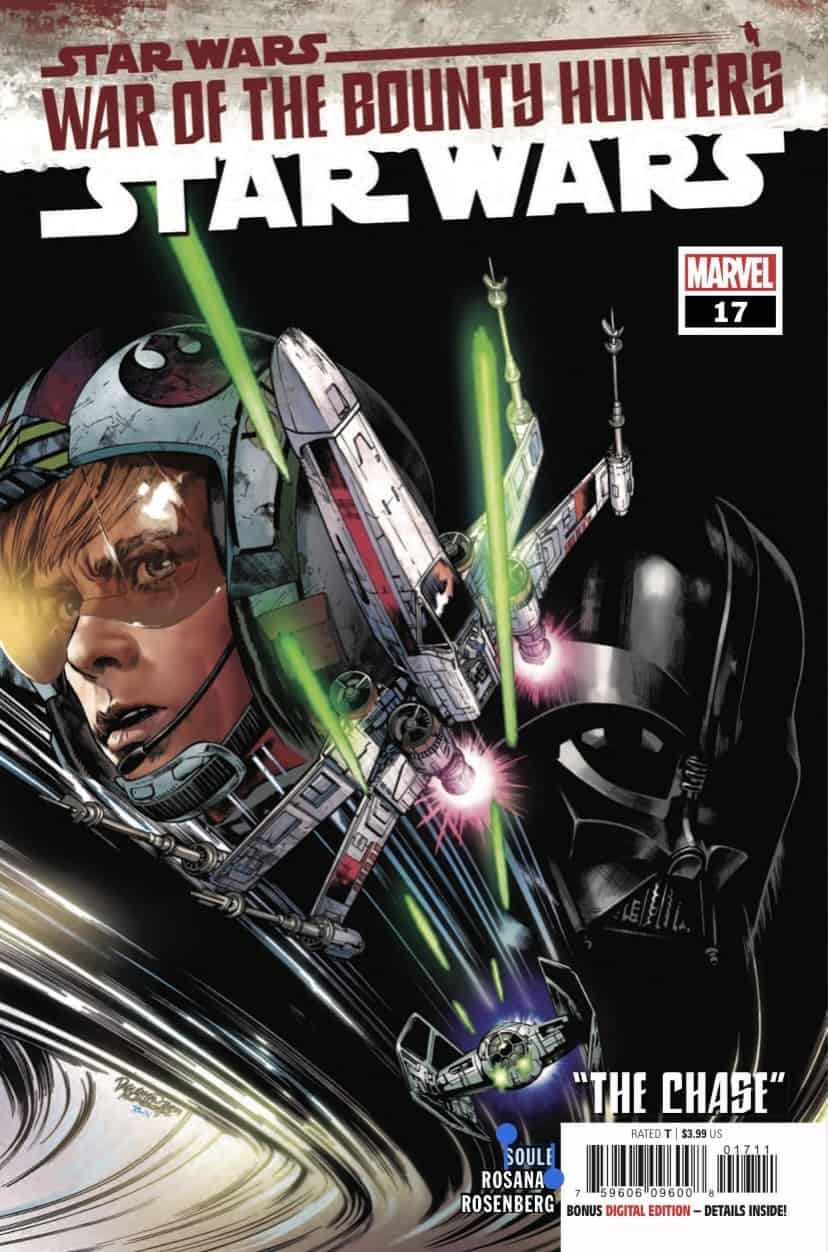 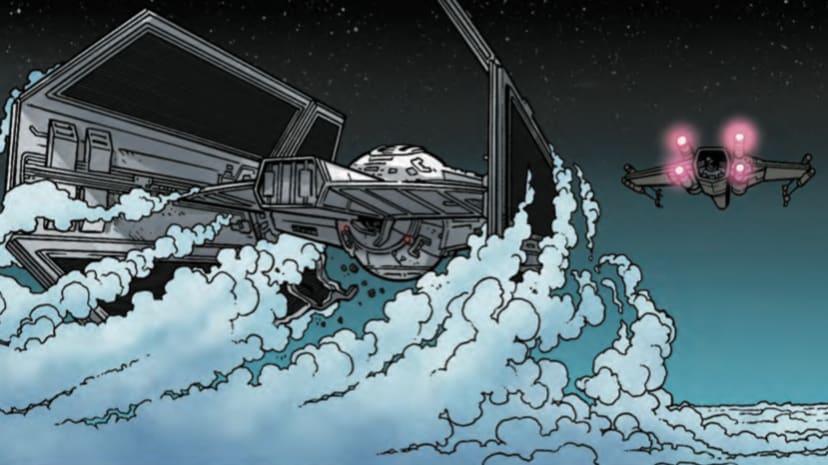 Luke Skywalker is not yet ready to confront his father, so instead he does his best to lure the Dark Lord away from his friends. The frozen Han solo is being held on an Imperial ship that has been disabled. Similarly, Leia and the crew of The Millennium Falcon have found them self unable to fly or fight. As Luke continues to evade Vader, The stranded crew need to come up with a plan to get their ship back into action so they can rescue Han.

Luke has been traumatized by Vader for a very long time. After three years of believing Darth Vader killed his father, it would seem Ben Kenobi lied to him. In fact, Vader is his father. On top of that the Sith Lord seems bent on capturing and destroying him, as well as everyone he holds dear. It is time for Luke to turn the tables of his tormentor. This issue marks a turning point in the evolution of the young Jedi. He gives up his fear for cleverness and turns the tide against his pursuer with some of the tricky moves he was known for on Beggar’s Canyon back home. Meanwhile Lando takes charge as he attempts to get his old ship up and running. Up to this point in the series, Lando’s allegiance has been in question, but this issue puts him to the test. Maybe its being around heroes for a few months. Perhaps it has to do with being back in his beloved Falcon. However, most likely he’s just a good guy at heart. This issue outlines how both Star Warriors are truly heroes, and helps to explain the shift they both undergo to become the even greater heroes of Endor they will soon become. 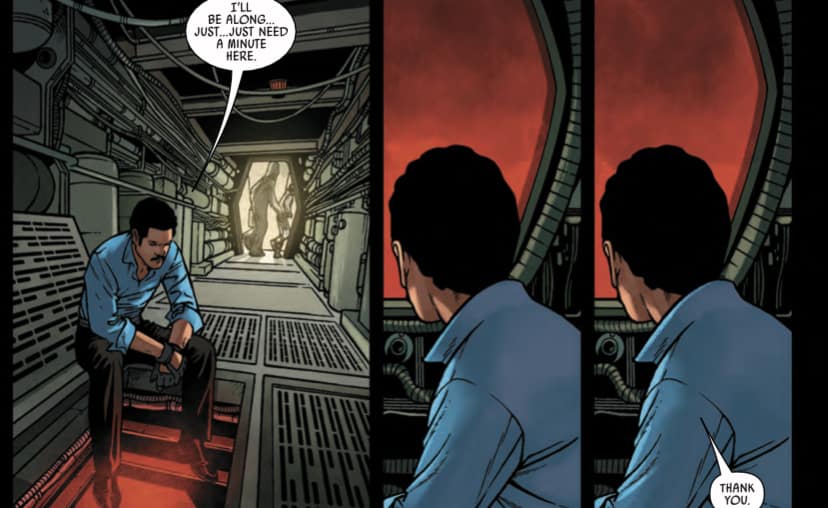 One of the best things about this issue, as with many not only in this series but each Star Wars comic series, is the parallels  and connections to the films of the entire saga. This chapter is loaded with them. There is a nice reference to Yoda raising Luke’s X-Wing out of the Swamps of Dagobah as Vader uses the force to lift his ship trapped in ice. Lando calls out the seismic charge used to disable The Falcon as that of Boba Fett, which refers to Jango’s use of the weapon inAttack of the Clones and a maneuver Boba will eventually use onscreen in The Mandalorian. But perhaps the best connection in the entire issue is the representation of Lando’s feelings for the Falcon. Lando’s old partner Elthree became part of The Millennium Falcon during the events of Solo. Lando is forced to confront his feelings for her to repair the smuggler ship and openly calls out to his old droid companion for help. This marks a turning point for Lando. He tells Elthree, who may or may not be able to hear him, that she needs to let him help the people who are trying to do real good in the galaxy. In a very real way, he isn’t talking to her, but to himself. Upon the resolution of their troubles, Leia gives him a little pep talk, and the heroic Lando seems to emerge fully ready to take on the next challenge. In a similar way, Luke seems to grow as he chooses not to destroy Vader when given the chance, somehow feeling in the force that it is not the right thing to do. 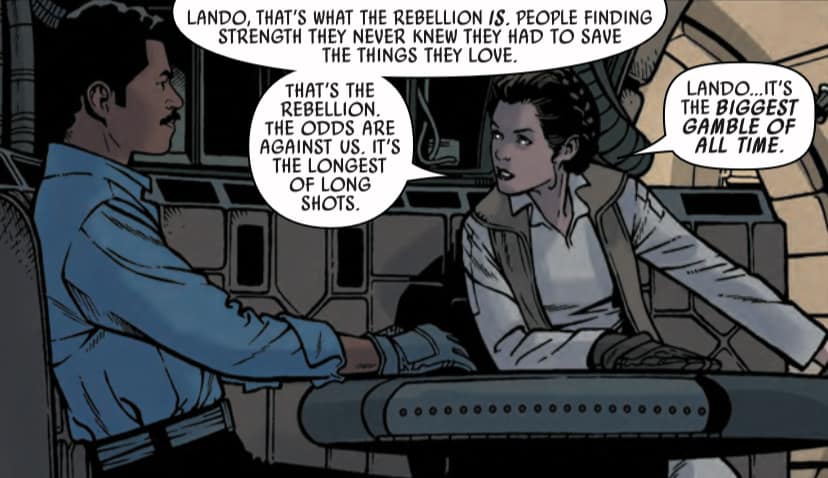 This issue encompasses a hope not seen in this series for a very long time. Even though it ends with the heroes still very much in trouble, there is a sense of new hope in both Luke and the Falcon crew. This is the stuff of Star Wars legends, heroes pressed against the wall only to find their true selves. Vader, Chewbacca, and Leia are already characters that seems to have a great sense of self and purpose at this point, so it is nice to see Luke and Lando come up to speed with them. Both characters have been misfits as of late. This chapter reminds them both that they are not misfits, but heroes. Luke finds that he can outmaneuver Vader, and seems less terrified at the prospect of fighting him head on. Lando seems to have found his cause finally, after losing Cloud City and almost loosing his best friend Lobot. He is not about to loose Han. Luke isn’t about to loose Han either. 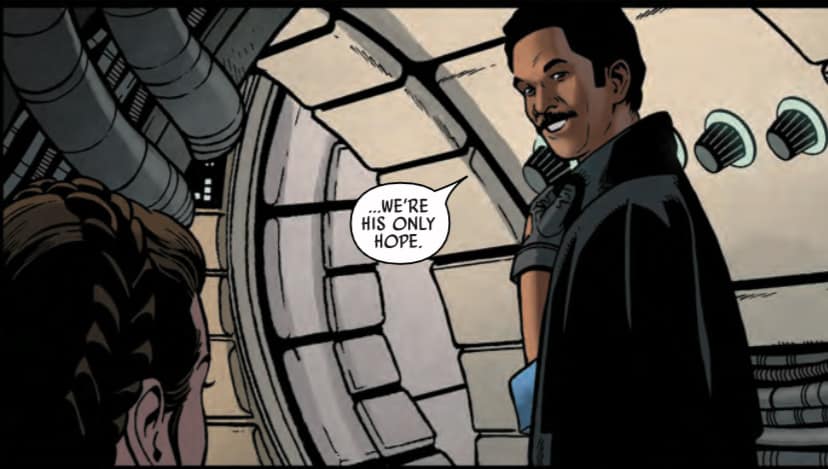 Luke still has Vader on his tail, and The Falcon crew are only slightly closer to reclaiming Han. Yet somehow, the heroes seems doubly redetermined to fight for what they know is right. They will strive to not only get their friend back, but perhaps the galaxy along with it.

Star Wars #17: The Heroics of Luke and Lando