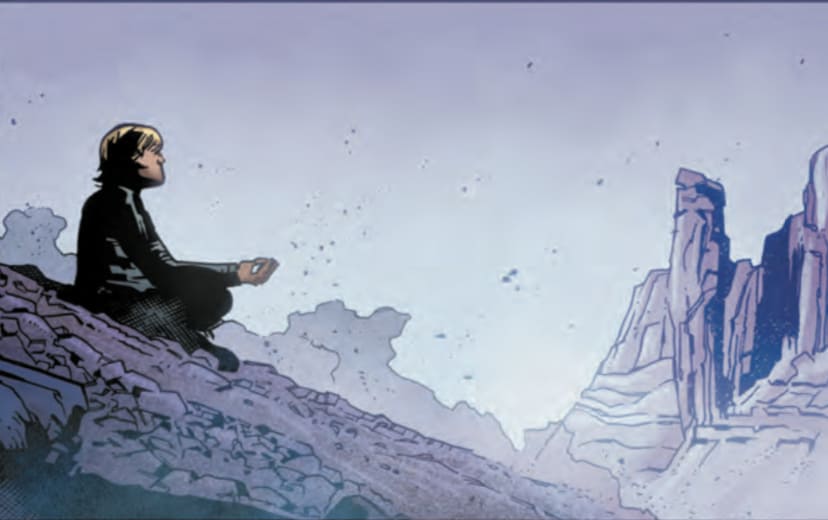 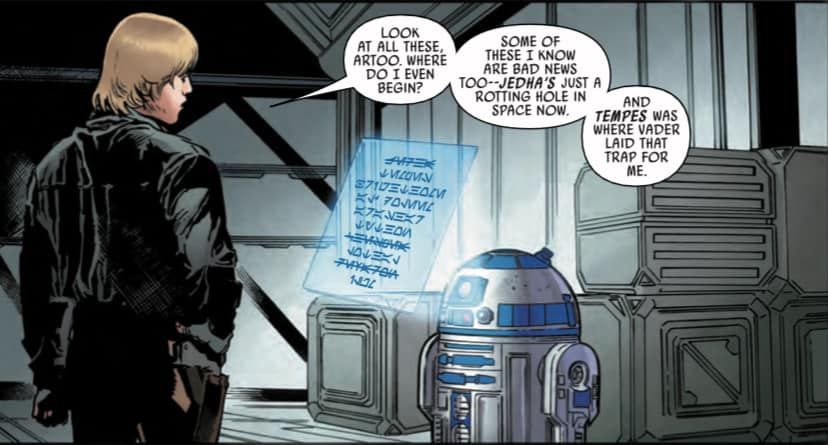 After a lengthy cat and mouse game, Luke finally escaped Vader. He realizes that he is no where near strong enough to face the Sith Lord, let alone defeat him. He now scours record and maps of places that may contain Jedi secrets to help him discover his hidden power.

As with the “Darth Vader” issue this month, it is good to see this series return to its roots after “War of the Bounty Hunters.” Not only is it nice to get back to the series as usual, it is extra nice to see Luke return to his quest to find Jedi secrets. This quest takes him back to just after the events of A New Hope. In the early issues of the first “Star Wars” series that was Luke’s primary focus. Now three chronological years later, he is back at it. In fact, he is even back to wearing his tan pants and black shirt from those days. The only thing missing is his yellow jacket. Armed with his yellow bladed lightsaber and his best droid, Artoo, he is ready to search the stars for a path to becoming a Jedi Knight. 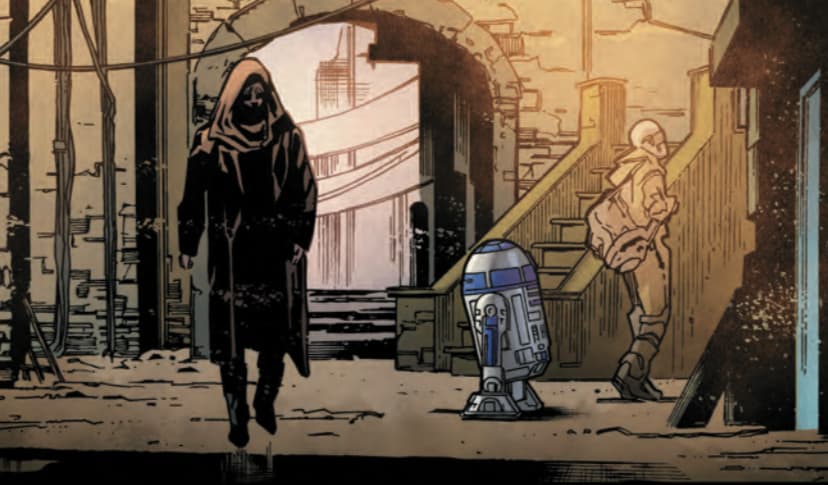 There is a fundamental shift in Luke in this chapter. He already seems wise and more able to gain control of himself. The cover of this issue shows him in full Jedi robes, but he is actually dressed in his normal clothes with a robe like wrap around him in the story. This represents his potential transformation into a Jedi. Luke is not there yet, but his is close. Lost as he is as to where to start, he quickly cuts a path to known imperial sites of Jedi activity. A couple of these sites will be known to hardcore Star Wars fans. Eliminating each planet on his list, he finally is led to a city in ruins where he does indeed get a local to tell him a tale of the Jedi. After some meditation, Luke uses a new skill to recover the actual secrets he has been looking for. One of the moist interesting things about this chapter is that there is no fighting or blaster fire the entire issue. Luke accomplished his goals without any violence, even when he is tempted to do so. This another sign of his growth to becoming a full Jedi. 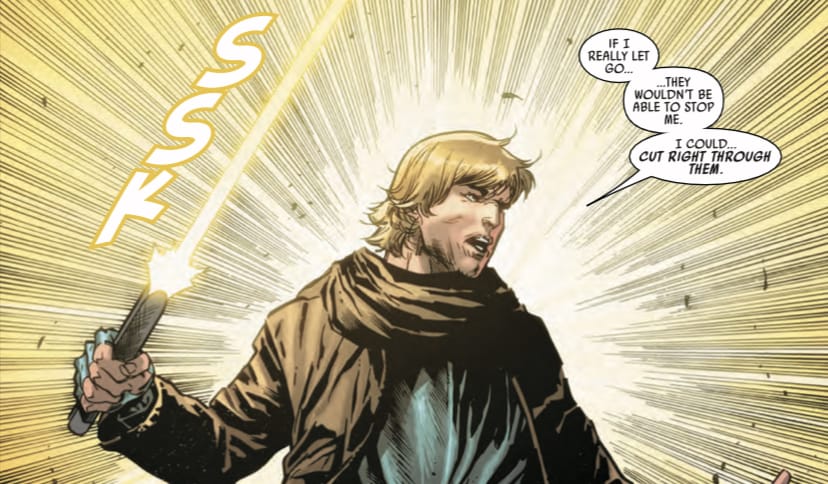 Even though this issue takes place almost entirely surrounding Luke investigating various planets, there is a great scene in the beginning where the rebel leadership is meeting and Luke is explaining his mission to Leia. This scene is short, but it is such a wonderful taste of things to come in the overall saga. This takes place months before the events of Return of the Jedi, yet his scene acts as a weird mirror to the Rebel leadership meeting in that film. Ackbar and Mon Mothma speak as Luke and Leia talk quietly. This is very reminiscent of the section of Return of the Jediwhen the rebels are discussing the plans to destroy the second Death Star, except then it was Han and Leia speaking softly throughout. It is so familiar a scene that it easy to read the lines in each of the characters’ voices. 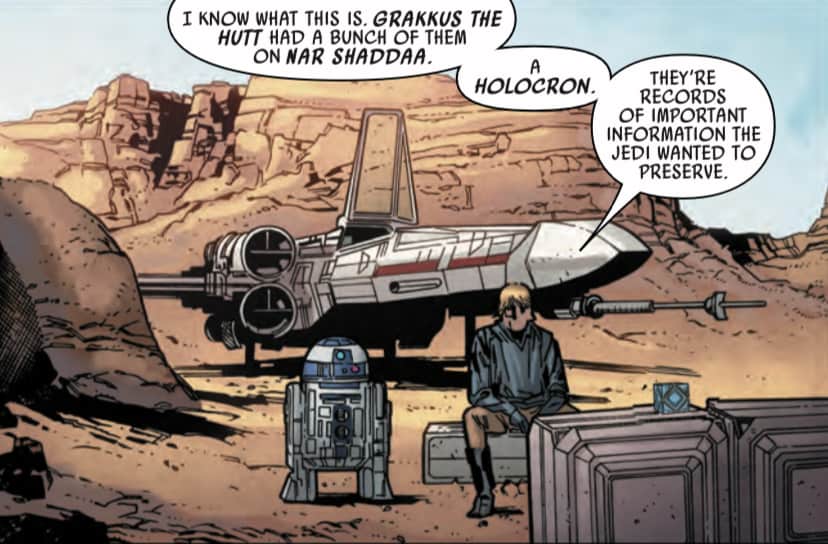 Luke has discovered a Jedi artifact to help him boost his training. However the help that he gets is from a surprisingly familiar face. Armed with direct knowledge straight from a Jedi source, Luke is certain to gain the knowledge he needs to defeat his father.