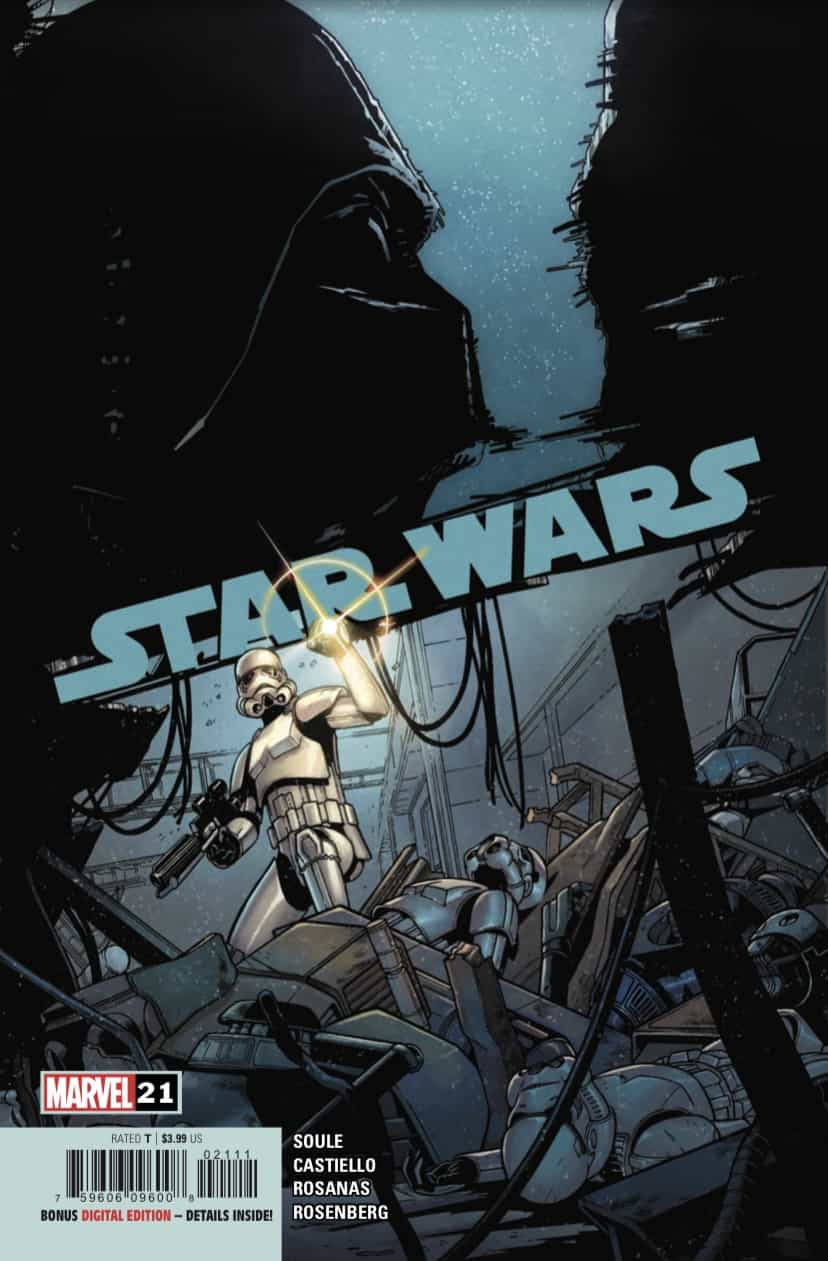 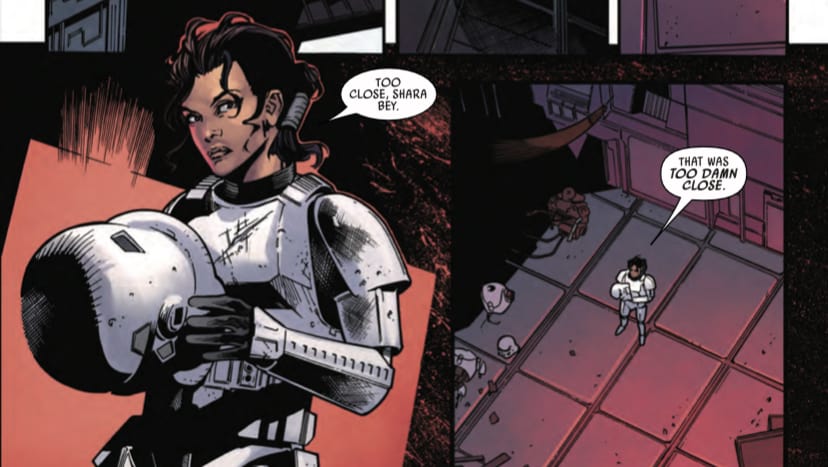 Starlight Squadron ran a desperate mission against the Star Destroyer months ago. During the conflict Shara Bey’s ship crashed into the Destroyer, effectively stranding her there. The Rebellion is helpless to rescue her but she survives hidden within the ship, waiting for a chance to escape.

It has been far too long shine this series has been able to return to the plight of Shara Bey. Since she was stranded the series has had to focus on the “War of the Bounty Hunters” story arc, as well as a few issues about Luke. This chapter is dedicated to filling in the gaps of how Bey survived during that time. It is told through her sneaking around the Star Destroyer as well as through a message she has managed to get out to her husband, Kes Dameron, who has been worried sick about her. The issue doesn’t simply use flashbacks to tell how bey survives, but rather it simply shows her in a stormtrooper outfit blending in and dealing with officers. How she has managed to adapt is told through her actions. She has clearly adapted very well while she has been trapped. Back in the rebellion, Kes listens to her plans for escape. 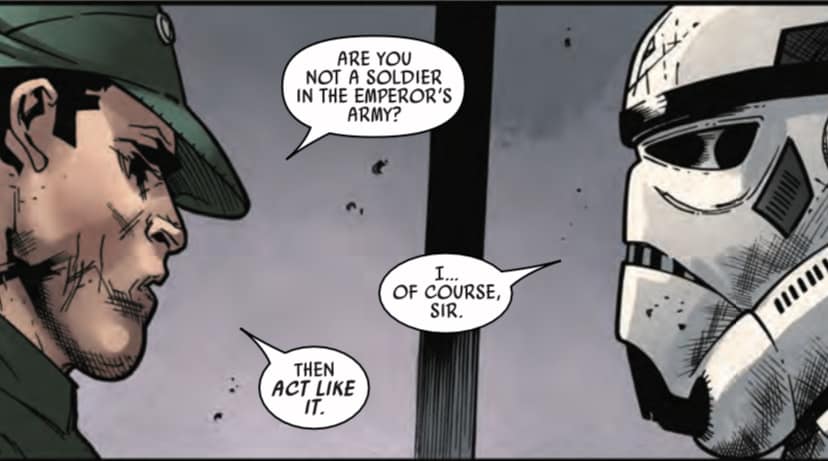 This issue acts as a sort of palate cleanser for this series, giving a completely different tone to the last handful of issues. In many ways it is also important at getting the series back on track. Typically Star Wars series end at issue 25, and with only four issues to go it is smart to return to the open story threads from earlier on in the series. This particular series has to take on a lot of extra responsibility because it is the flagship Star wars series. There are other series to help flesh out Vader, Aphra, and the bounty hunters, but this series must cover what’s happening with all of the Rebels, the Imperial fleet, the fate of Luke and his quest to become a Jedi Knight, Lando’s journey to deciding to help the Rebellion permanently, and Leia and Chewie’s plans to rescue Han. This chapter basically puts all that on hold to tie up this loose end. In fact there are almost no main characters in this issue. Leia is in a few panels, but says nothing. This issue is all Shara and Kes, with a little bit of Commander Zahra thrown in. That is a nice touch because if this series has a main villain it is her. 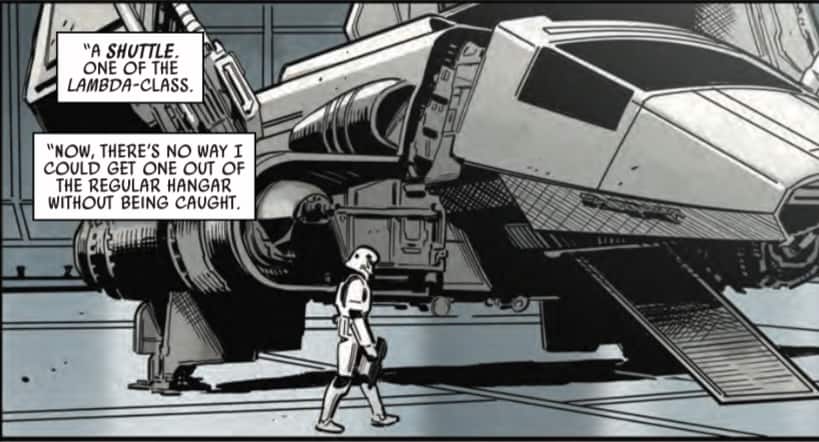 A few different Star Wars series are ending this month, and although this one still has a few months to go before it presumably ends with issue 25, there is a winding down feel to this installment. This means that there is still some other things that need to be tied up in a short time. Addressing Shara Bey’s fate is one of the most important stories to tell. Fans know she does survive, because she takes part in the Battle of Endor and well as the “Shattered Empire” comic series, but without this kind of closure on her fate aboard the Star Destroyer, her whole story would simply have a massive hole in it. This issue ends without a definitive resolution for her though, so there will undoubably be more Shara Bey in this series yet to come. 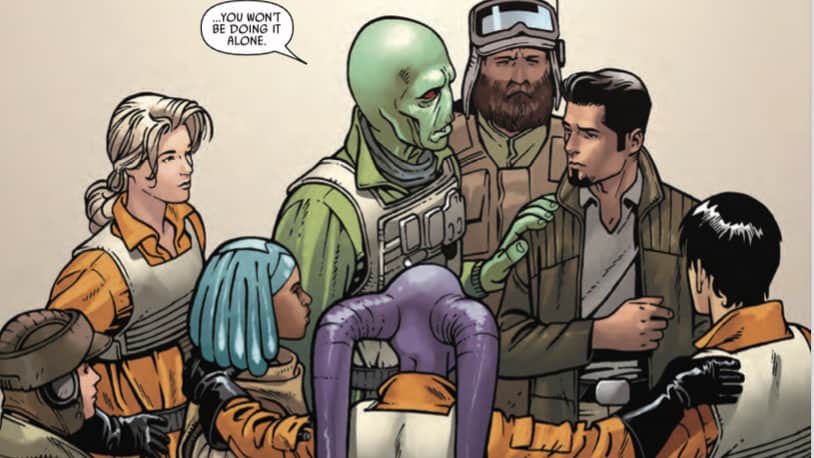 There is still a lot of story to tell in this series. Leia and her crew need to come up with a plan to save Han. Meanwhile Luke is still not ready to confront Vader. Shara and Kes need to be reunited. But knowing these Star Warriors, they are certainly equipped for their tasks ahead.